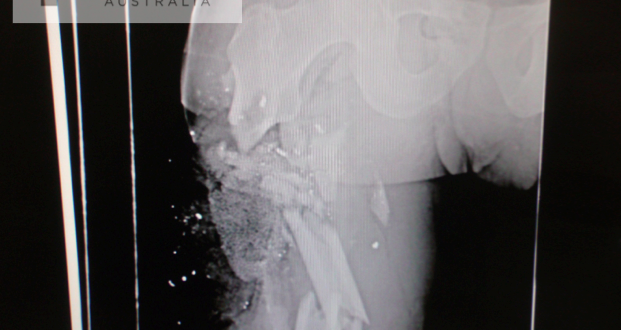 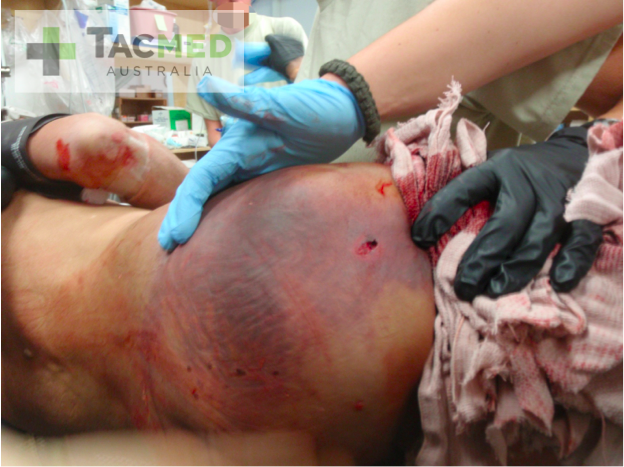 DefenseReview (DR) received an email heads-up yesterday from one of our professional/industry contacts about an interesting article published on November 18, 2015 by TacMed Australia provocatively titled Why I’d Rather be Shot with an AK47 than an M4. The article includes a detailed discussion of permanent wound cavitation and temporary wound cavitation, and why the tissue and bone destruction of the tactical AR-15/M4/M4A1 Carbine’s 5.56mm NATO (5.56x45mm NATO) round is so much more devastating versus the Kalashnikov AK-47/AKM’s 7.62x39mm Russian round at various distances, along with some graphic photos to illustrate the author’s point(s).

The Barnes TSX (Triple Shock X) 70gr solid copper bullet is supposed to be particularly terrific on soft tissue and heavy bone, but DR’s never tested it ourselves. Defense Review would also very much like to test the Liberty Ammo National Defense 5.56x45mm AP round on human simulation targets inside vehicles (shot through windshields and doors) and find out more about the actual combat performance of the MK318 SOST round down range, if possible.

In the meantime, take a look at the piece.