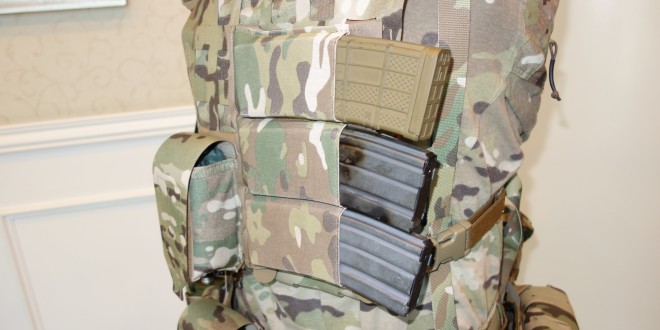 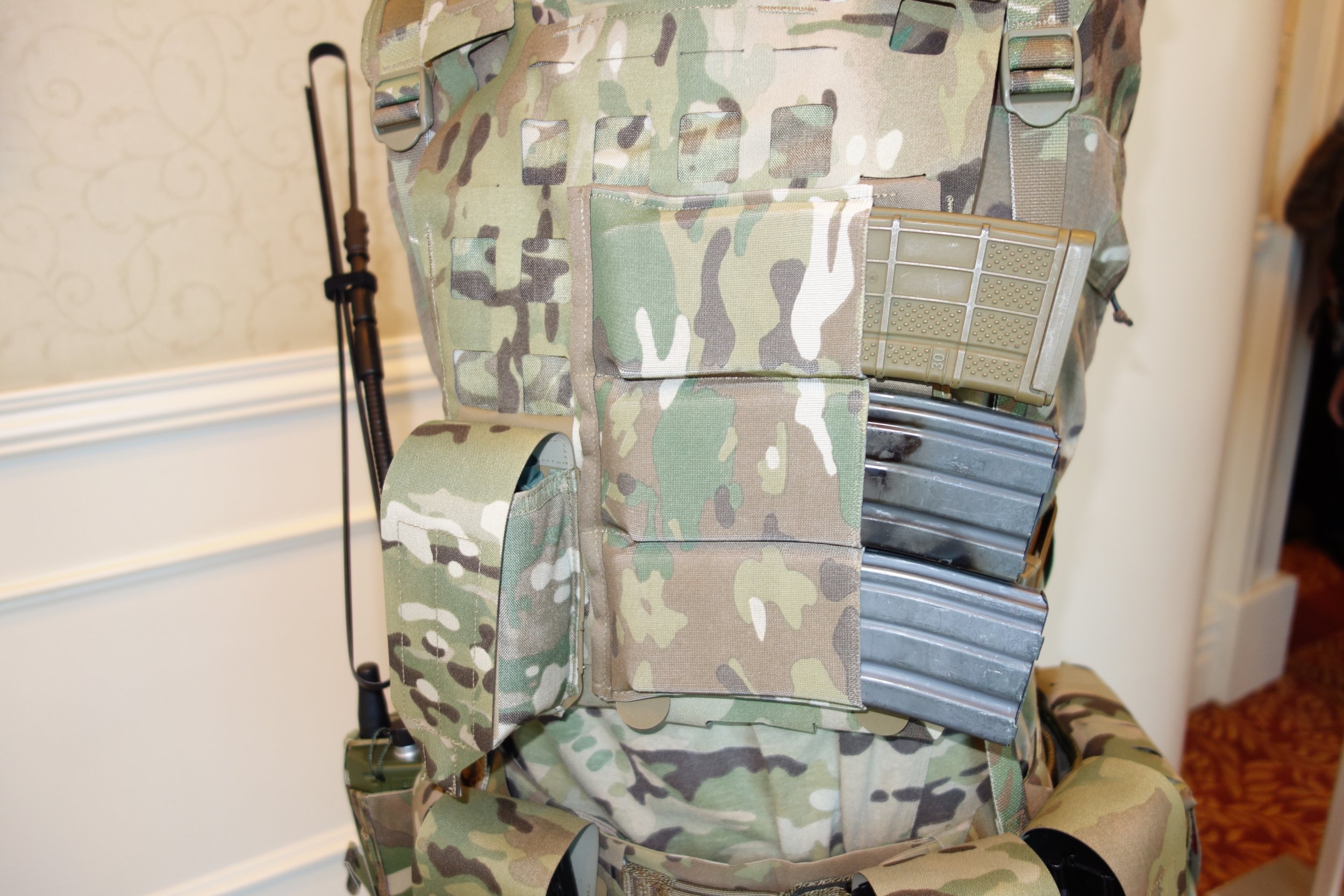 Earlier this year, DefenseReview (DR) got a close look at the Blue Force Gear (BFG) Ten-Speed Horizon Horizontal Mag (Magazine) pouch/carrier system for 5.56mm NATO (5.56x45mm NATO)/.223 Rem. AR (AR-15/M4/M4A1) rifle mags, mounted in triple-mag-pouch configuration, on what looked like a BFG PLATEminus lo-pro/lo-vis (low-profile/low visibility) minimalist tactical armor plate carrier (or something similar to it) at NDIA Special Operations Forces Industry Conference (SOFIC) 2015 in Tampa, and it looked pretty slick. Designed by Stephen Hilliard, the Horizon horizontal mag pouch system is designed to allow for faster mag changes/weapon reloads than a traditional vertical system, as it allows for a more natural movement/pull. As you can see from the photos and video, the whole rig at SOFIC sported what appeared to be the popular original Crye MultiCam Arid combat camouflage pattern by combat/tactical industrial design firm Crye Precision.

The mag pouches themselves are made from from the Blue Force Gear’s proprietary lightweight, high-performance ULTRAcomp laminate material, which is very strong and waterproof/weatherproof. The ULTRAcomp laminate consists of “multiple layers of cordura fabric, ballistic nylon and a rubber compound”, as well as Dupont Kevlar components. “ULTRAcomp is about three (3) times as abrasion resistant as 1000-Denier Cordura, it’s about twice as tear-resistant as 1000-Denier Cordura, so it really beefs up the durability of the known Nylon that most load carriage [tactical gear] is made out of, but it’s much lighter, because we’re able to cut it out of a single piece, instead of multiple layers, then folded and sewn.” 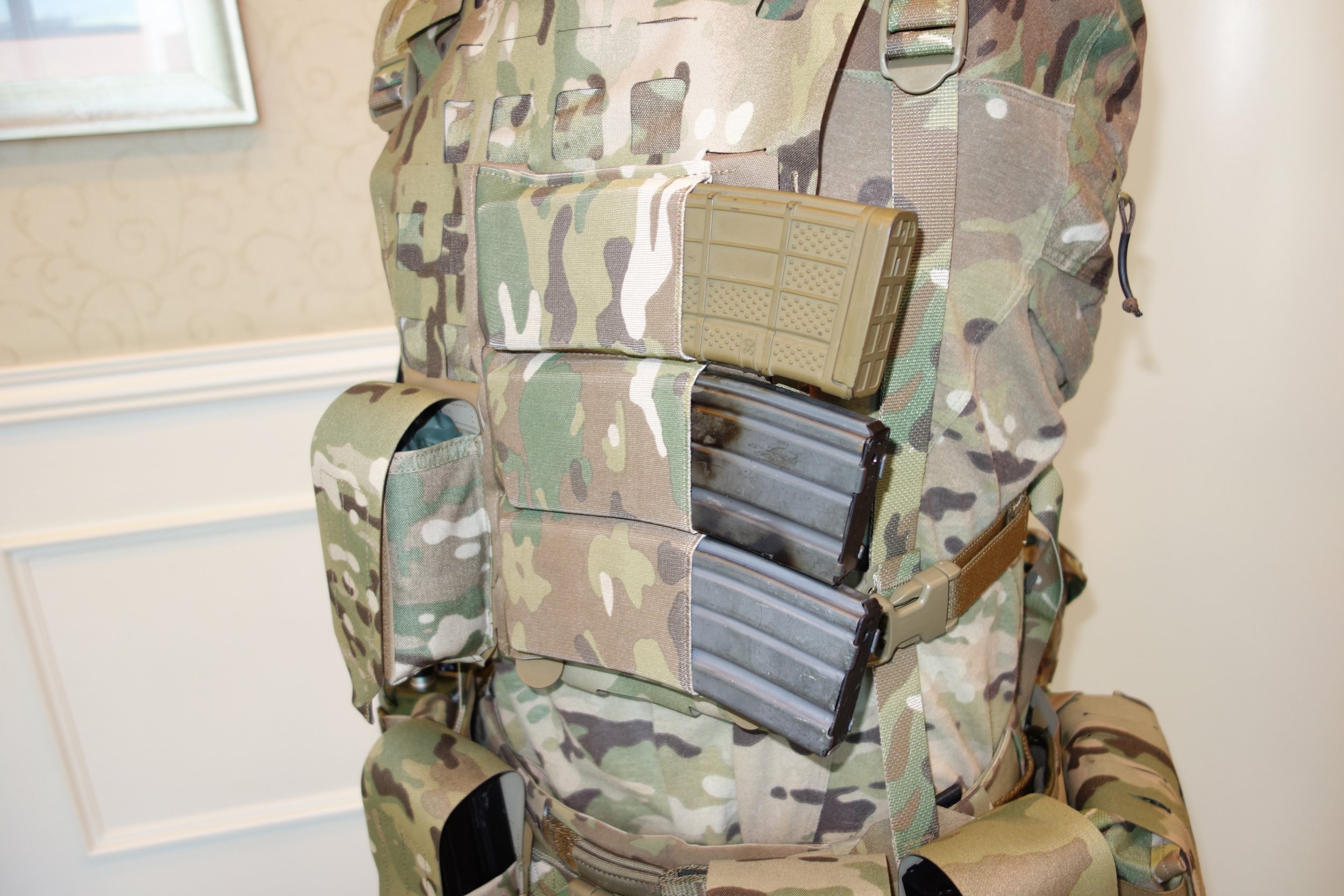 The ULTRAcomp laminate actually comprises the back of the mag pouch(es), while the front material is military-grade elastic fabric that Blue Force Gear calls the aforementioned “Ten-Speed“.

Defense Review of course likes lightweight and strong tactical gear that works as advertised, so we’re hoping the BFG Ten-Speed Horizon Horizontal 5.56mm AR Mag Pouch/Carrier System actually lives up to the product demo’s hype. More specifically, we hope the BFG Ten-Speed elastic pouches hold the mags tightly enough. Since DR has never run Blue Force Gear open mag pouches before (even in traditional vertical orientation), we’re not yet sold on the horizontal-mag-pouch concept, especially if one is operating over rugged terrain and/or in adverse combat conditions, in maritime environments, etc. We’ll try to find out if BFG will also offer closed/covered Horizon horizontal mag pouches with securable flaps, and update this article accordingly.

We’ll also try to find a few more things out, like 1) If the horizontal mag pouches will be offered both individually AND in a 3-mag/triple-mag panel like the BFG Ten-Speed Triple M4 Mag Pouch. It would be nice to have the option. 2) Will the BFG Ten-Speed Horizon horizontal mag pouch/carrier system work with MWG 40-Rounder’s, or are they too long and heavy? And, what if BFG develops a closed/covered/flapped model for 30-round standard-capacity AR mags? Can they also make one for 40-round AR mags? And, 3) Can secure/viable individual mag pouches and triple-mag panels be developed for SureFire MAG5-60 HCM 60-rounders? 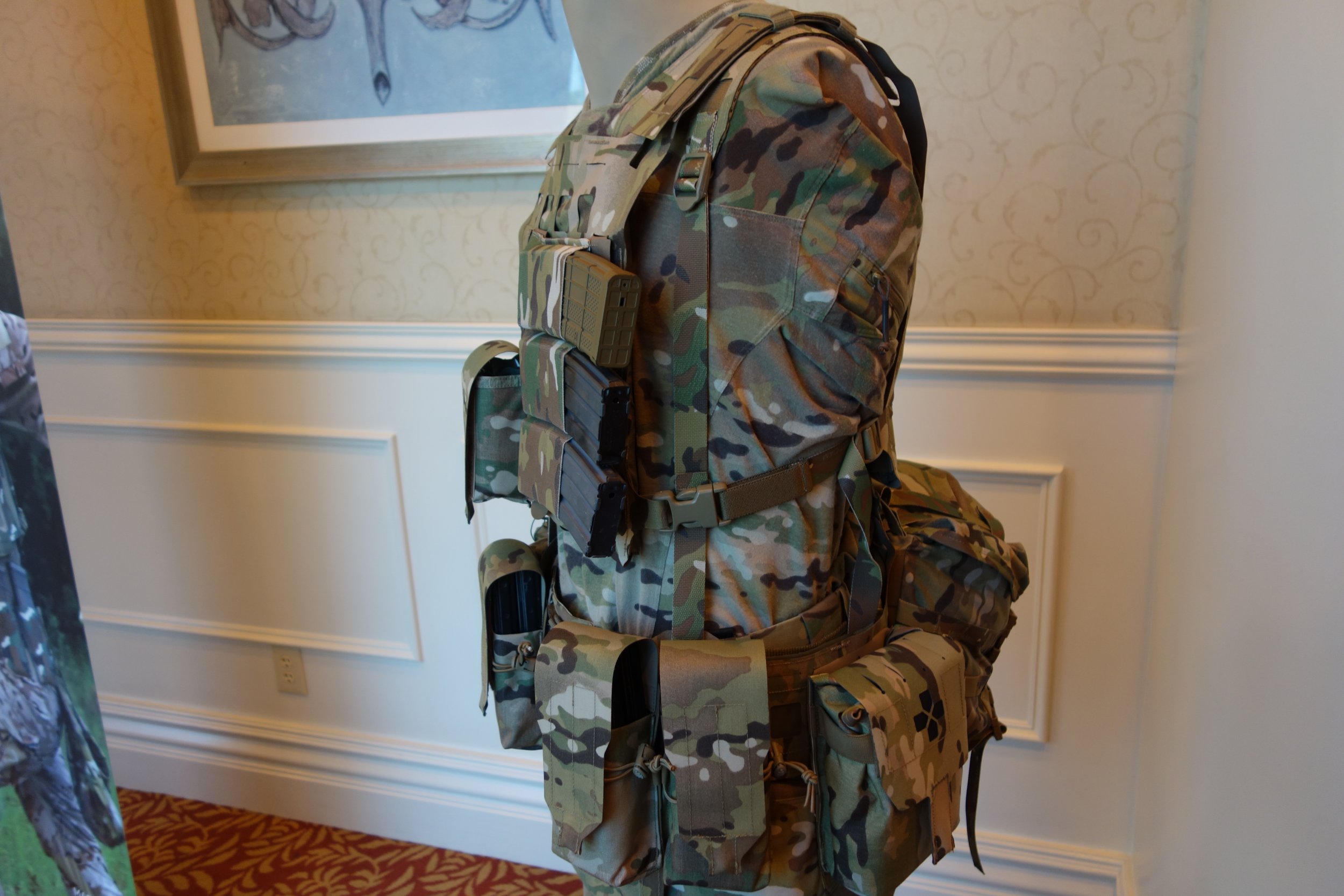 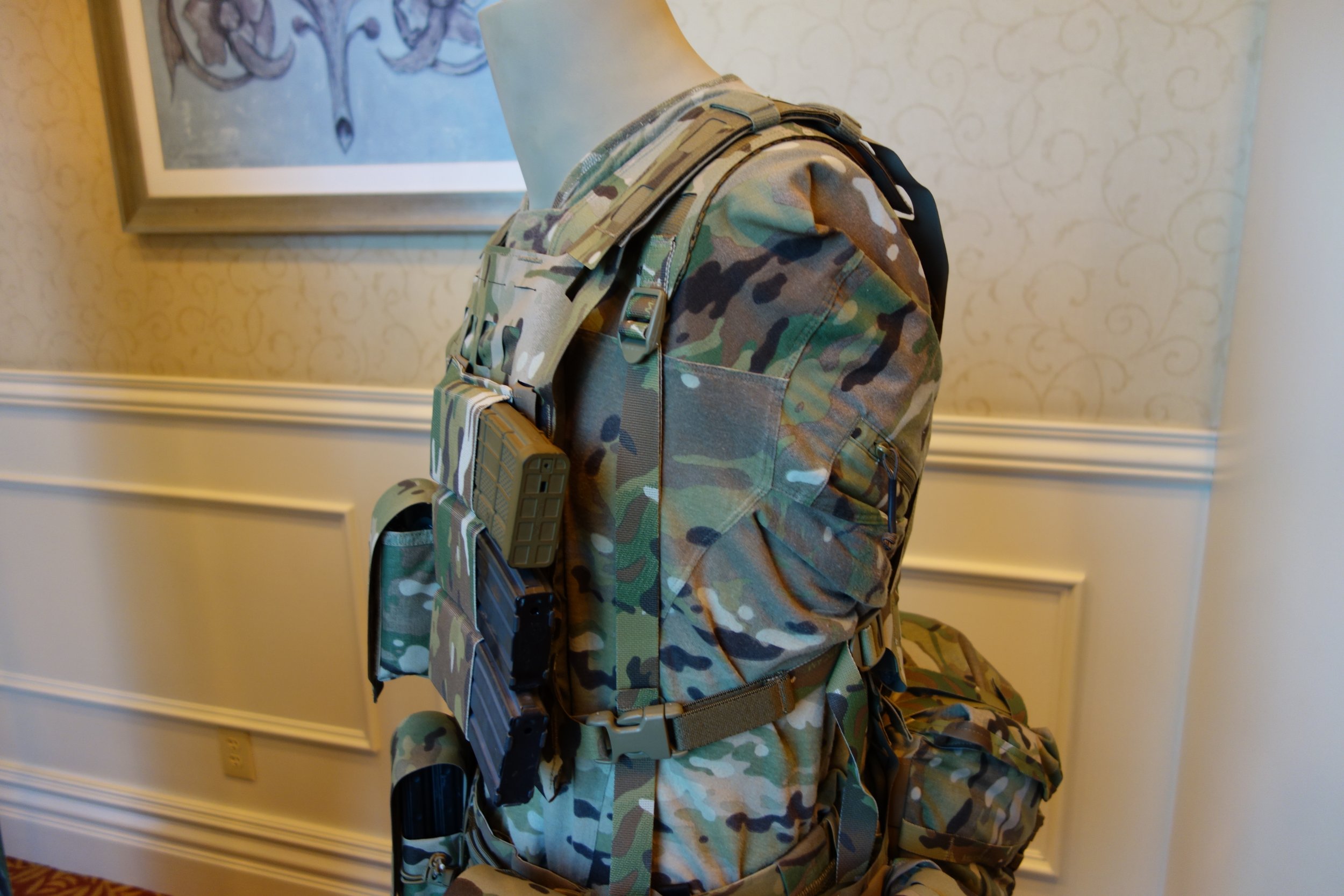 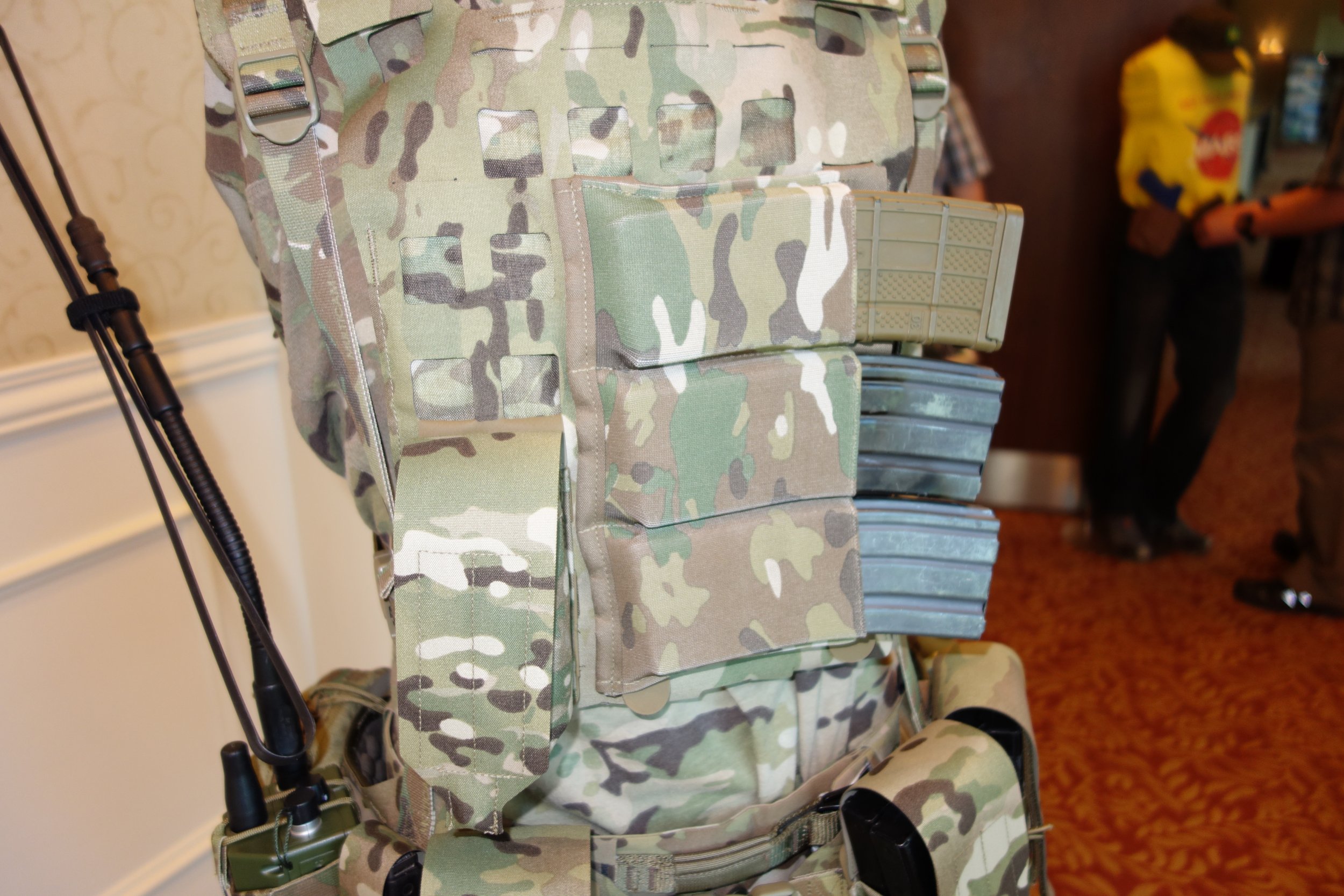 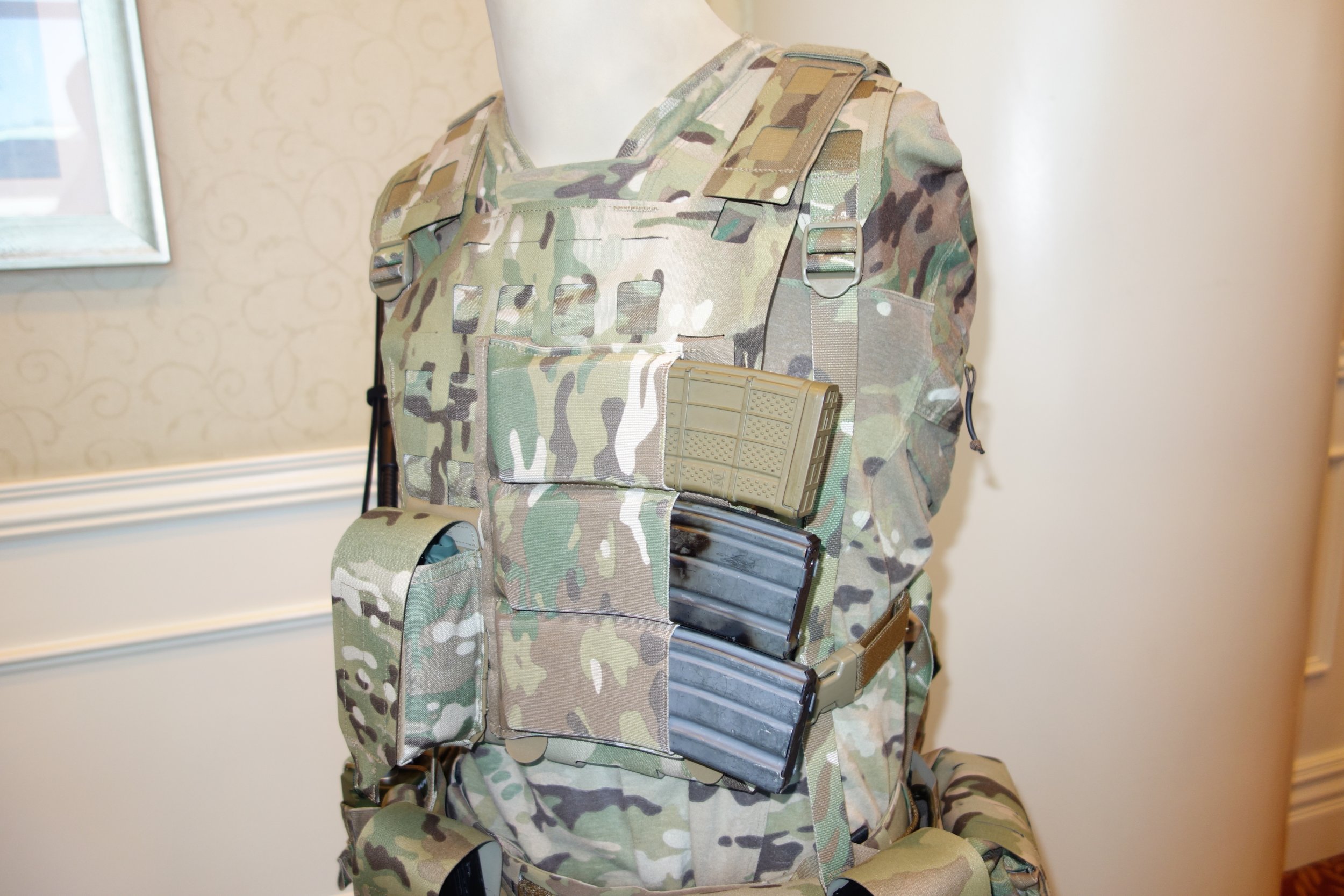 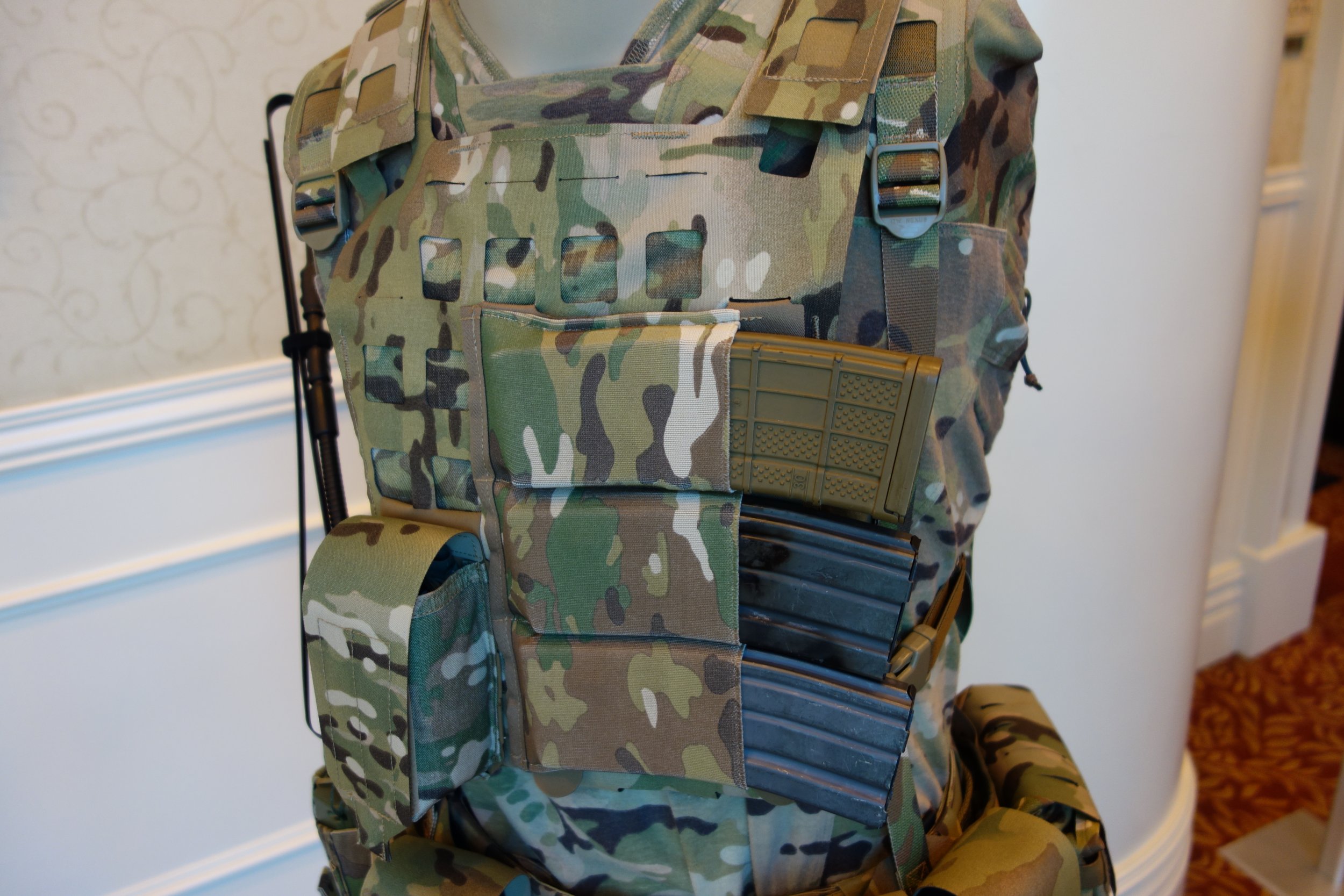 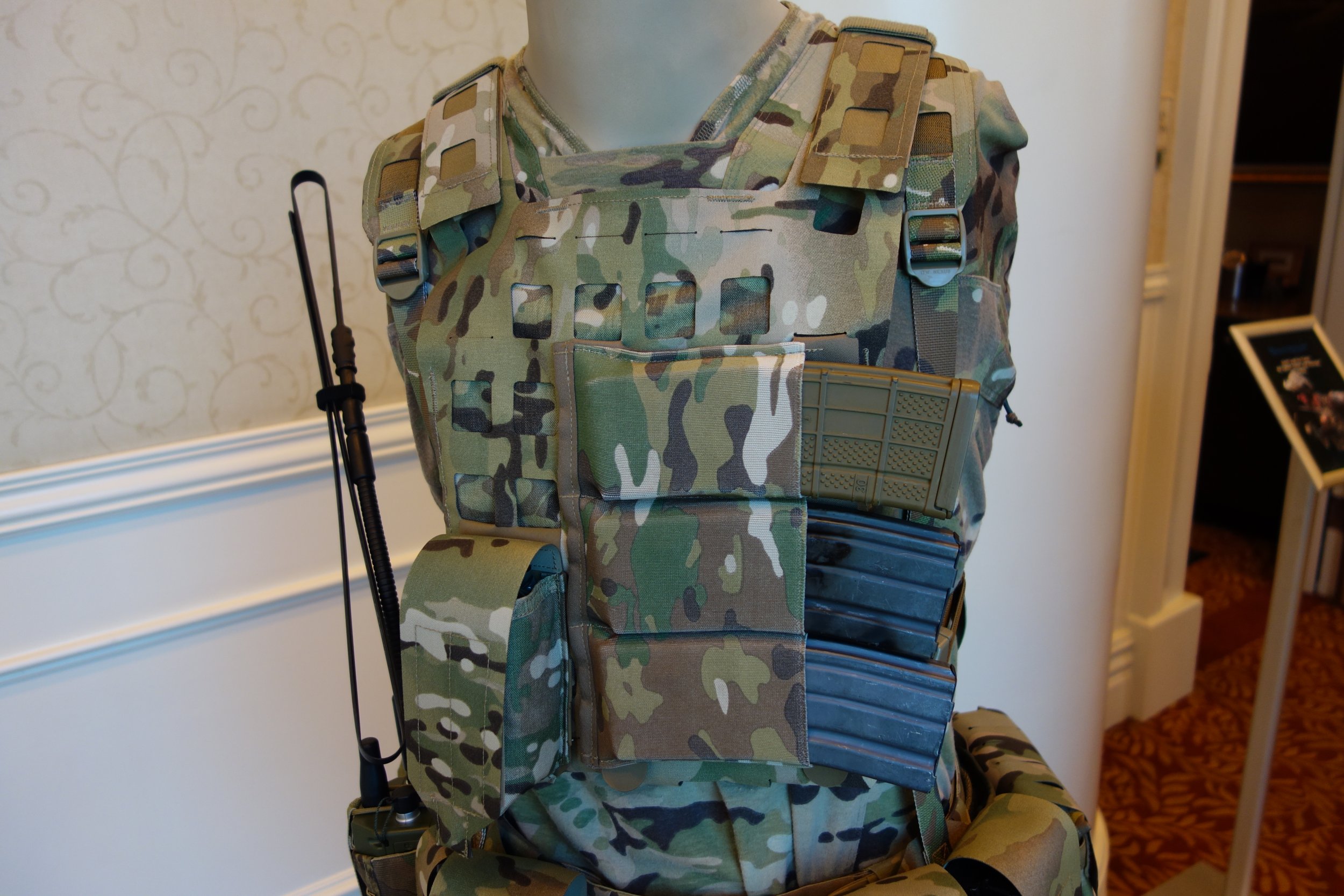 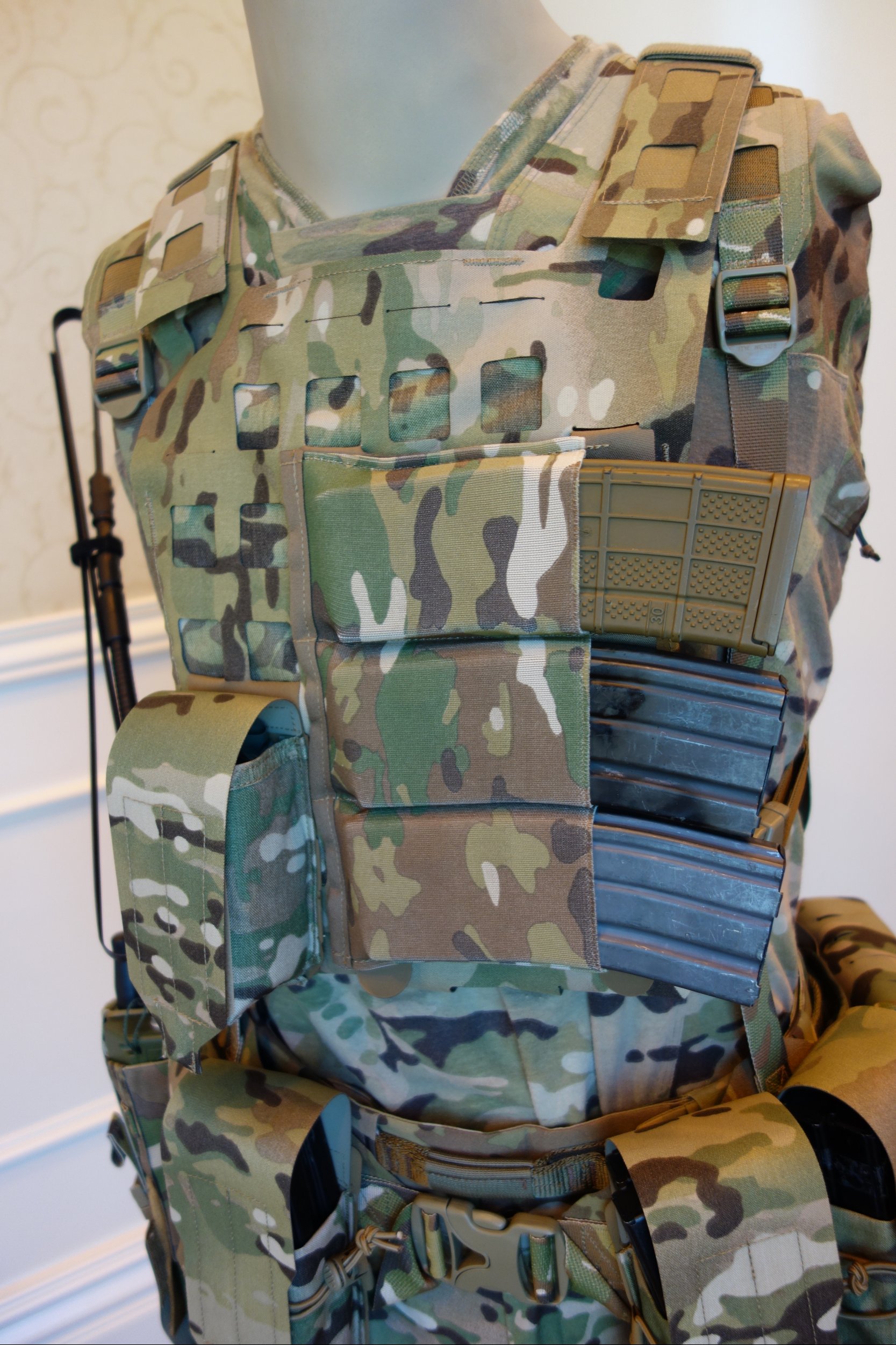 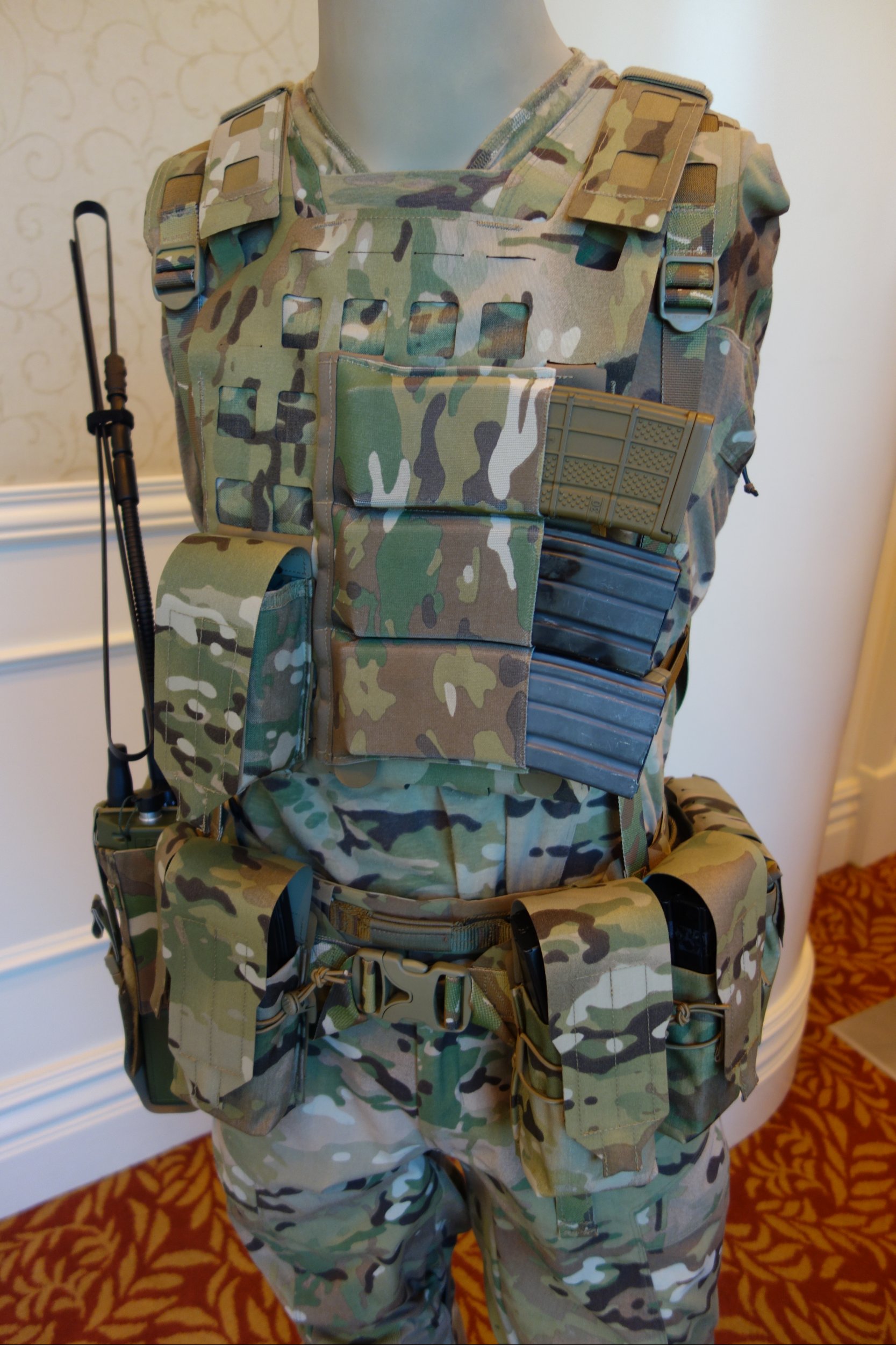 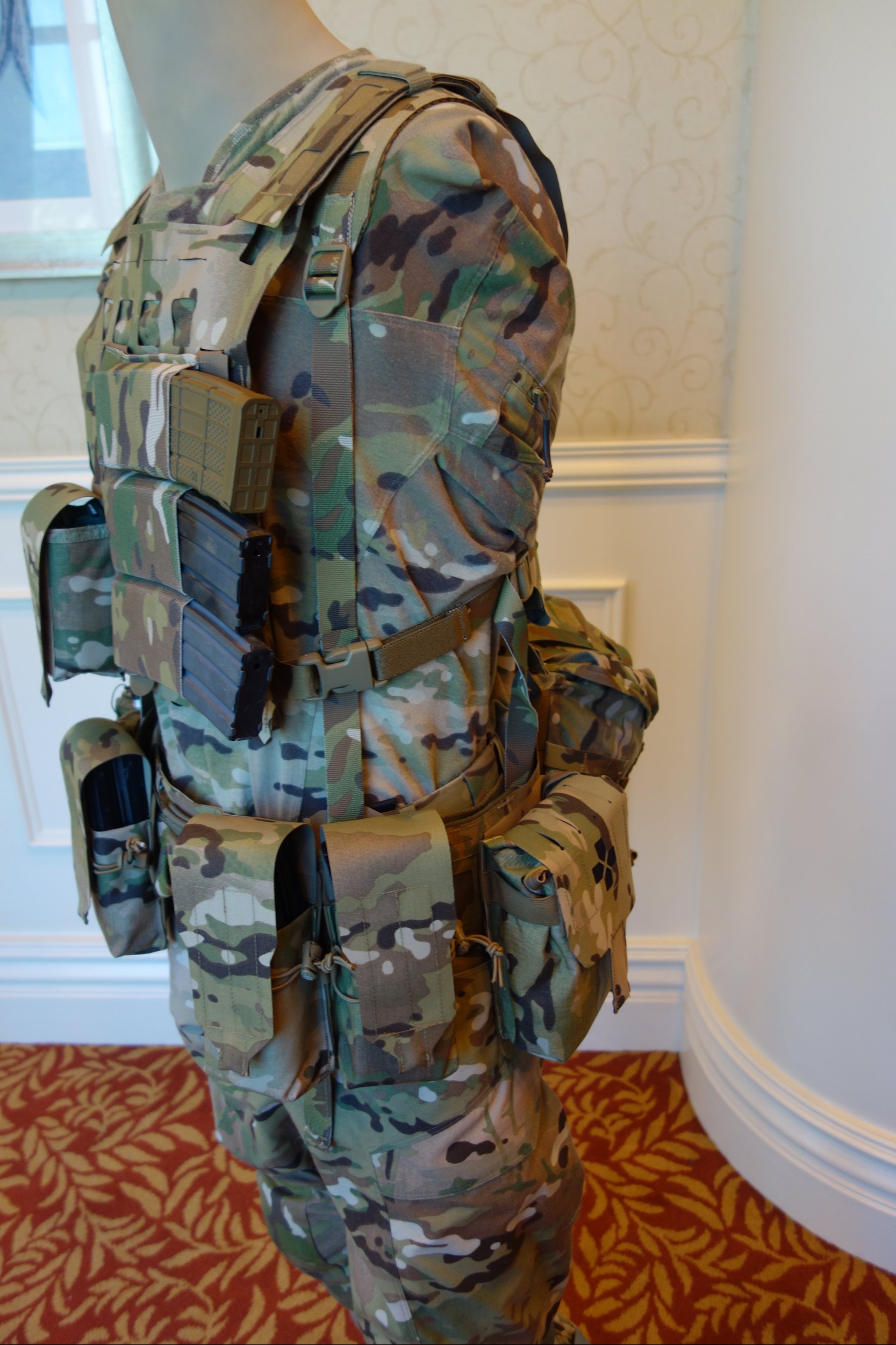 All photo and content contained in this article was shot by DefenseReview.com, and is copyrighted. DefenseReview.com owns the copyright on all photo and video content. All DR photos and videos were shot with a Sony Cyber-shot RX100 (DSC-RX100/B) Digital Camera with 20.2 MP (20.2-megapixel) still camera and 1080p HD video camera capability.