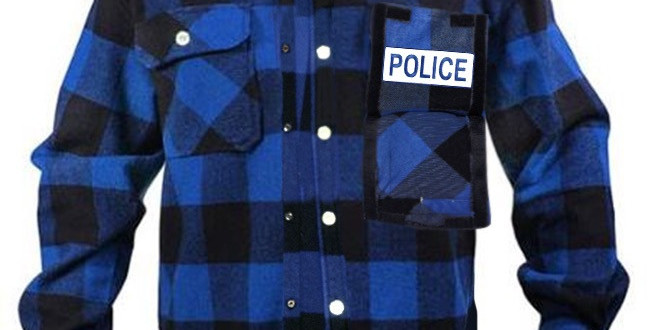 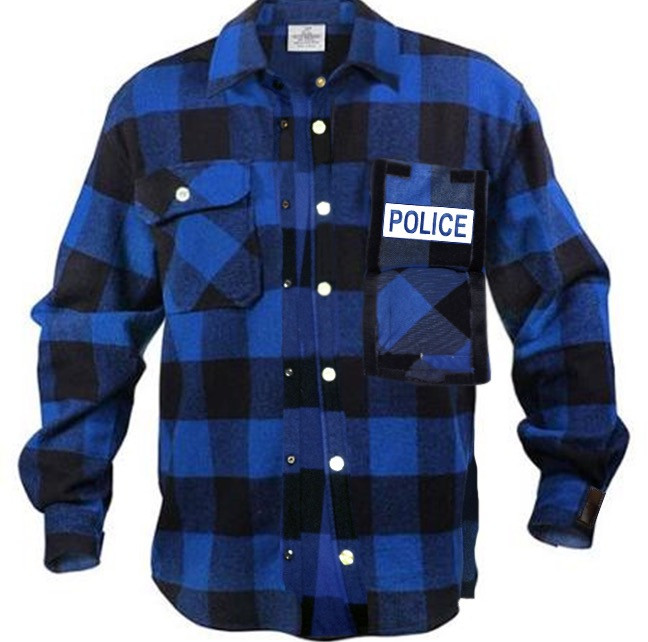 This is about as well-timed a products launch that DefenseReview.com (DR) has seen in awhile. DR professional/industry contact Aaron Cohen just launched a very interesting and apropos line of covert-concealment/concealed-carry (CCW) tactical clothing and gear that’s been specifically designed and developed for counterterrorism and active-shooter neutralization. Unless you’ve been living under a rock or inside a cave somewhere for the last few months, you’re well aware of how much products of this type are needed by both law enforcement personnel and civilian CCW’s in both the United States and Israel. America’s been getting hit with active-shooter mass shootings, and Israel’s been getting hit with random surprise stabbings.

Anyway, the new brand is called “Cherries“, which is the plural form of a direct translation of Cohen’s former unit’s name, “Duvdevan” (or, duv’devan), which means “Cherry”. The Cherries Covert Ops Apparel website describes Duvdevan as an Israeli “Tier 1 Deep Covert Direct-Action Special Mission Unit (SMU)”, which is Israeli language for a clandestine Special Operations Forces, or SOF unit. Specifically, Duvdevan is tasked with clandestine infiltration of really hostile enemy Arab communities for the purpose of gathering intelligence, target tracking, liquidation (targeted assassination), and snatch n’ grabs (capture and transport ops). To do this, Duvdevan operators have to blend in as seemlessly as possible with the civilian population within which the enemy operates. So, the Duvdevan assaulters/operators operate in disguise. Cohen, a former Duvdevan operator AND instructor, has taken all of his anti-terrorism/counterterrorism and clandestine infiltration knowledge and experience, and applied it to creating the Cherries brand products. The brand name “Cherries” also belies the clothing and gear’s true (tactical) purpose, as it’s as innocuous as the clothing and gear allow the wearer to look.

The first product that really caught DR’s attention is the patent-pending lowvizHIGHVIZ (low-visibility High Visibility) Cherries Active Shooter Tactical Response Covert Shirt, which looks exactly like a regular solid or plaid flannel work shirt. Cohen picked this shirt type since it’s the single most popular and prolific work shirt type out there, and the flannel fabric is thick enough to adequately conceal a firearm (pistol). The shirt features large, white fake buttons in the front and velcro cutaways on both sides for quick access to your concealed pistol, whether you’re carrying your pistol in the front (“appendix carry”) or on the side. even if the shirt is tight on you. Since the front buttons are fake, the shirt actually fastens via snaps, like a western shirt. The shirt’s left chest pocket sports a disguised velcro pull-tab that allows you quickly expose an internal “Police” or civilian concealed carry (CCW) identifying patch–or any other patch you want to attach.

The Cherries Active Shooter Tactical Response Covert Shirt even features sewn-in weights in the bottom corners of the shirt for a clean and smooth draw sweep. Cherries has thought everything through on this shirt to maximize it for its intended function. If you’re looking for a concealed-carry shirt, it looks this one would be tough to beat. The shirt’s available in Red/Black Plaid, Blue/Black Plaid, White/Black Plaid, Solid Black, and Olive Drab (OD Green).

The second product that perked our eyes up is “The MEDINA” Appendix BWB (Below the WaistBand) Deep Cover-Direct Action Holster for carrying a combat/tactical pistol totally concealed, which is also pretty interesting. “Designed specifically for Tier-1 special missions units (SMU) for snatch and grab or targeted assassination operations”, The Medina Appendix BWB Holster is a no-pro/no-vis (No Profile/No-Visibility) OFFENSIVE holster that allows the military operator, LEO (Law Enforcement Officer), or civilian CCW to carry a rather large pistol below the waistband, and instantly draw and fire on his/her target with NO warning. In one of the Cherries videos (see below), you can watch retired Tier-1 US Army Special Forces assaulter/operator Tyler Grey do this very thing. In the video, Grey pulls a Glock 34 (G34) or Glock 35 (G35) out of his pants and points it at the camera VERY quickly. He then explains how he can make the gun “jump into his hand” from The Medina. You really have to see it to appreciate it. The G34/G35-series pistols arent’ exactly small guns, and The Medina make’s Grey’s gun virtually disappear into the front of his pants. We’ll leave it up to the reader as to how a female CCW or operator using The Medina can explain the bulge in her pants.

Cherries Disclaimer for The MEDINA holster (slightly modified for context): “Attempting the MEDINA pocket assisted draw with a loaded round in the chamber is dangerous and may result in severe injury or even death if done incorrectly. The MEDINA draw is an advanced drawing technique, and should be mastered under a professional instructor. The operators in the embedded  videos below are highly trained military special operations professionals with advanced firearms handling skills and have clearly stated the advanced nature of the MEDINA holster. The MEDINA is an advanced holster for skilled military, security and law enforcement professionals, and should be used with great care to avoid injury or death.”

Defense Review should note that we’ve actually trained with Cohen. Back in 2005, your humble correspondent took Cohen’s IMS Advanced Israeli Anti-Terrorist SWAT School course, which was REALLy eye-opening and skill-enhancing. Cohen’s extremely knowledgable and experienced in anti-terrorism and counterterrism tactics and strategy and dynamic CQB/CQC (Close Quarters Battle/Close Quarters Combat), and a very good instructor. One of the things he taught us was the one-hostage/victim-per-second rule, which dictates that first-responders, including both police and/or civilian CCW’s have to respond as quickly as humanly possible to an active-shooter or terrorist attack, since a trained and determined attacker can kill up one hostage/victim every second. This means that in order to be truly effective, you have to be able to respond within seconds, not minutes, in order to minimize the carnage from a trained and determined active shooter or terrorist.

Cohen himself actually commented on this very thing very recently while talking about the genesis of the Cherries clothing and gear brand. “For every second wasted, another bystander is killed…we simply have to do SOMETHING and SOON to combat the growing menace of lunatics with weapons killing innocent bystanders in every corner of America. With over 160 active shooter incidents across the U.S., involving 1,043 casualties (killed and/or wounded) between 2000 and 2013, the need for plain-clothed, off-duty law enforcement and security officers and concealed carry weapons holders to be able to rapidly respond to active shooter threats and then be able to immediately identify themselves to uniformed officers is critical,” Cohen said.

Cherries brand covert-carry clothing and gear is designed to minimize response time and maximize performance under stress. Responding to an active shooter or terrorist is difficult and stressful enough without having to worry about your clothing and gear getting in the way or impeding your performance somehow.

It’s possible that either of the two Cherries products discussed could have come in handy during the recent active-shooter mass shooting at Umpqua Community College in Oregon, where one of the students, a military veteran and civilian CCW named John Parker, decided not to respond out of fear of being misidentified as an active shooter by law enforcement SWAT operators. The Active Shooter Tactical Response Covert Shirt or The Medina Holster could have potentially allowed Parker to approach the shooting area and quickly engage the active shooter without anyone knowing or even thinking he was armed as he traversed the area between the buildings and closed the distance, and then quickly draw his pistol to engage, had he so chosen, potentially saving some lives. They would have at least given him the option.

Anyway, hopefully, we can get our hands on a Cherries Active Shooter Tactical Response Covert Shirt and The Medina Appendix BWB (Below the WaistBand) Deep Cover-Direct Action Holster deep concealment holster for a little hands-on T&E at some point. They look like cool products, their coolness lying in their covertness.

Editor’s Note: As it happens, DR also knows Mr. Grey, whom we met at the HALO Counter-Terrorism Summit 2012, where he was a member of the Zombie Eradication Response Team (ZERT) conducting a disaster emergency-response training exercise. We found him to be a laid-back, cool guy. It’s nice to see him working with Cherries. 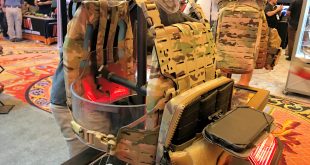