1) FlashFog, courtesy of Arias Tech Ltd., is an anti-smash-and-grab / area-denial structural security system (a.k.a. building security system) that, once activated by the alarm, floods a room very quickly with a thick non-toxic fog/smoke so you can’t see two inches in front of your face, and then it pulses the room with an extremely bright strobe light, so all you see is a "terrifyingly bright" strobe light flashing at 12 pulses per second right in front of your face. So, the fog decreases your visibility to zero, essentially blinding you, and the strobe light further blinds and disorients you. It’s a highly effective and quite ingenious combination that "presents the intruder with an overwhelming physical barrier that forms right in front of him", so the criminal can either try to fight through an increasingly challenging theft scenario (making his apprehension more likely), or he can cease and desist his criminal action immediately and make a run for it (the smarter choice).

The FlashFog Fog Security System was designed specifically to… 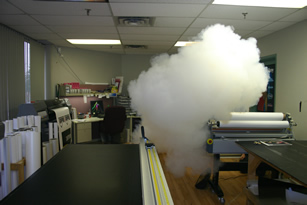 thwart would-be smash-and-grab-style burglars who hit quick using tactics like driving vehicles into structures (buildings or homes) and then start grabbing valuables, including weapons (i.e. guns), etc. FlashFog’s promotional literature claims that the system will drive off burglars in less than 20 seconds, which is pretty good.

The FlashFog Security System demo ended up being one of the highlights of the show (SHOT Show 2007) for DefenseReview, even though we caught it at the tail end of the show. Alfredo Arias, FlashFog’s Marketing VP, had us walk into a little booth, which he then proceed to flood with fog. Within seconds, we were totally engulfed, and couldn’t see anything. The immediate sensation was one of claustrophobia. Then the strobe hit us, and that was it. We were done. If you’re a smash-and-grab robber and this system is activated, good luck getting all the stuff. You’re gonna’ need it. The FlashFog fog security system would appear to be a highly effective auxilliary last-line-of-defense area-denial / structural security system.

2) Professional Arms, LLC had their MK5 Multi-Caliber Weapon System (MCWS) a.k.a. MK5 Multi-Caliber Submachine Gun (select-fire) on hand, and it didn’t disappoint. The MK5 MCWS is essentially a multi-caliber HK MP5 clone that offers much more versatility than the MP5. The MK-5 multi-caliber submachine gun is currently available in 9mm Parabellum (9x19mm), .40 S&W, and .45 Auto. It uses the same roller-locked bolt system and closed-bolt operation as the HK MP-5. The MK5 features a steel receiver and bolt hold-open, and will accept all HK MP5 lowers (lower receivers) and trigger groups. Barrels change out in seconds, so it’s a true quick-change barrel system (QCBS). Bolts also change out in seconds. The Professional Arms MK5 is made in the USA. Let’s just hope they’ve got the thing perfected. If they do, they’ve really got something with the MK-5.

The MK5 multi-caliber subgun is definitely worthy of a follow-up article.

Click here to watch Professional Arms CEO Andrew Khu demonstrate the MK5’s multicaliber aspect and other features at the show. The demo video is courtesy of Rican Havoc Productions and On Point Firearms. 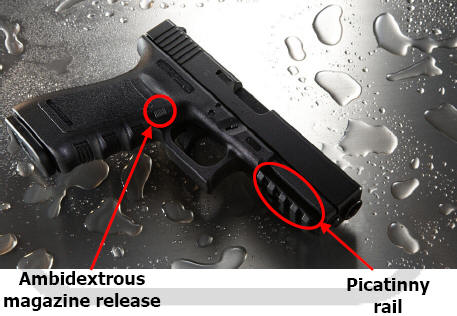 3) At the Glock booth, champion pistol shooter Dave Sevigny showed DefenseReview the new Glock 21SF a.k.a. Glock 21 SF "Short Frame" .45 ACP pistol. The G21SF "Short Frame" .45-caliber pistol sports a slimmer grip than the standard G21, as well as an ambidextrous magazine release button and Mil-Std-1913 rail on the dustcover for mounting tactical lights and lasers. Defense Review handled the G21 SF, and we found the reduced-sized (reduced circumferance) grip to be very comfortable in the hand. It’s possible that Glock also modified the grip angle on the Glock 21SF, compared to the standard Glock 21, but we didn’t test this at the show. Whatever the case, Glock appears to have done their homework with this gun, especially with the grip resizing.

The Glock 21SF .45 ACP pistol is supposed to be available in February (2007), but we haven’t confirmed this. The Glock 21 SF is the cover gun of the Glock Annual 2007, which you should be able to check out at your local newsstand. 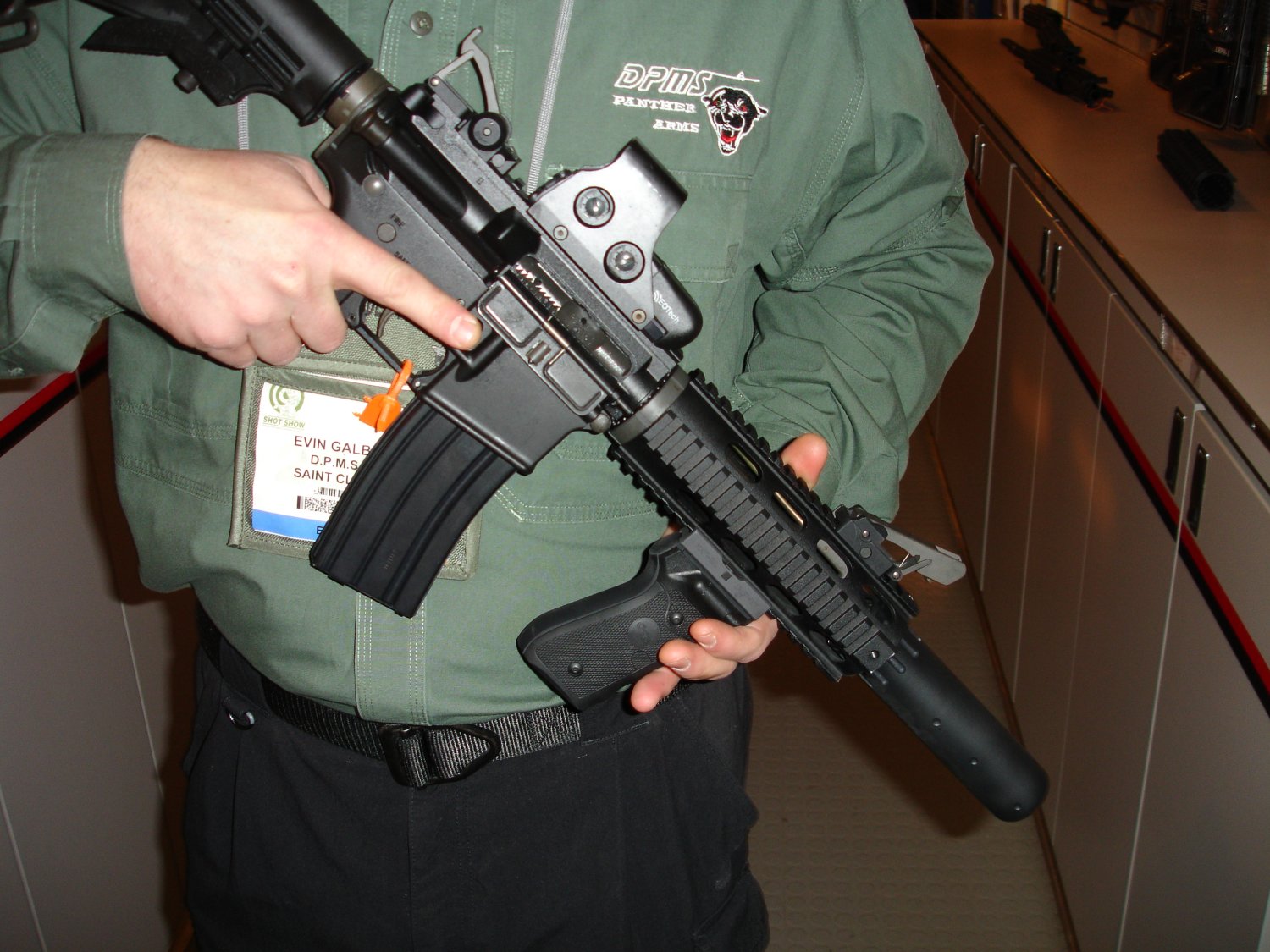 Defense Review wrote about the DPMS Panther SDM-R back in November 2006. 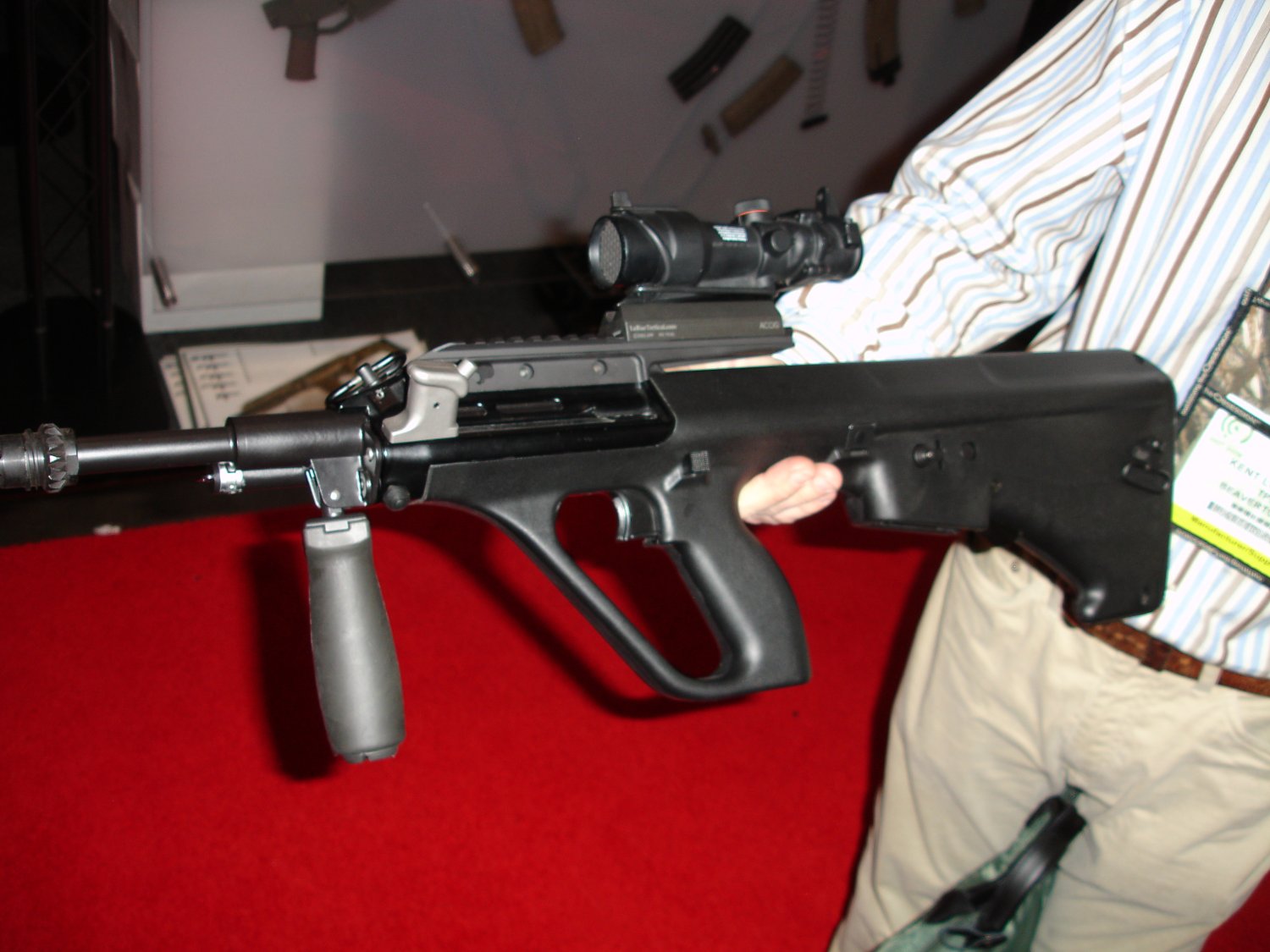 The gun looked good, but the proof will be in the pudding. The TPD AXR Rifle/Carbine will have to be reliable, durable/rugged, and combat-accurate under adverse conditions and high round count. TPD currently has no plans to manufacture a select-fire assault rifle version of the AXR, but they have the capability to do so if/when they so choose.

While we’re on the subject of the T.P.D. AXR Rifle/Carbine, we should perhaps also mention that Microtech Small Arms Research (M.S.A.R.) (a division of Microtech Knives) introduced their own U.S.-made Steyr AUG A3 clone called the M.S.A.R. STG-556. Guess we’ll have to write a follow-up piece on this one, too.

Looks like the Steyr AUG is making a big comeback, only now it will be made right here in the USA. 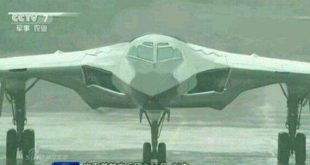