– Vltor Weapon Systems is now manufacturing Russian-type 7.62mmx54R (7.62x54mm) PKM General Purpose Machine Guns (GPMG) for U.S. military forces. It’s our understanding that the Vltor PKMs will be used for familiarization training, and possibly OPFOR (just seems logical). DefRev got to view and handle one of these guns at the Vltor booth, and we came away very impressed, to say the least. The gun we saw looked great. Let’s hope it shoots as good as it looks. Vltor is also supplying PKM parts kits and ammo to Military Gun Supply (Fort Worth, TX). The Vltor PKM parts kits are Hungarian-made.

BTW, we took a photo of Vltor’s Eric Kincel holding Vltor PKM GPMG Serial # 003. We plan to publish that pic in a follow-up article.
– Outside in the tent, Blackheart International, L.L.C. was displaying an updated/upgraded AKM/Kalashnikov rifle called the SOPMOD AK (Special Operations Peculiar Modification AK), designed for U.S. military Special Operations use. We weren’t the only ones interested in this little item. While we were at the BHI booth, some gentlemen from the U.S. military Special Operations community (We could get more specific, but we won’t.) stopped by and appeared to be equally intrigued by it. The SOPMOD AK is actually…

Blackheart International is definitely a company to watch. BTW, the first thing we thought of when we saw the BHI SOPMOD AK was the Krebs Custom KTR-O3S Rifle/Carbine (AKM/Kalashnikov).

– When we stopped by the Armalite booth, we got a chance to check out the Armalite "Super SASS" rifle (7.62x51mm/.308 Win.), which is essentially an upgraded version of the Armalite AR-10 rifle that was designed for the U.S. Army’s XM110 Semi-Automatic Sniper System (SASS) competition. The display weapons we saw at the booth looked solid.

– Insight Technology Inc. introduced their new X2 Laser, which the company is touting as “the world’s only integrated sub-compact tactical light and laser.” The Insight Technology X2 Laser combines the standard X2 sub-compact tactical white light with the M6/M6X visible aiming laser/illuminator for pistol and long gun. Speaking of the M6X Tactical Laser Illuminator (tactical white light/aiming laser), there’s a new “Rail Grabber” version to go along with the older Slide-Lock version, giving the user a choice. The Rail Grabber interface employs a single machine screw to clamp the M6X illuminator to the pistol or rifle/carbine or subgun for “the ultimate in security and accuracy”. Insight Technology also diplayed their new Visible Laser Module (VLM), which is a “drop-in conversion/replacement for the M-series/X-series Incandescent Bulb/Bezel Assembly that provides a fully-adjustable, boresightable aiming laser.” All of the items are definitely worth taking a look at.
– Sabre Defence Industries, LLC, known for supplying barrels to the U.S. military for its M2HB ("Ma Deuce") Machine Gun variants (.50 BMG/12.7x99mm), displayed some interesting things at their booth. First is their 5.56x45mm Massad Ayoob Signature Series AR-15 rifles and carbines, including the XR15A3 Massad Ayoob Elite Rifle and XR15A3 Massad Ayoob Professional Rifle. The Elite Rifle sports a CNC-machined (7075-T6 forged aluminum) Sabre A3 Upper (T-marked) and matched lower receiver a 16-inch barrel (410 Stainless Steel) with 1:8 twist Samson Tactical Hand guards (MIL-STD-1913 quad rail system/rail forend tube), "SOCOM" stock, 2-stage match trigger, heavy buffer, ambi-safety, Tactical Ergo Grip, EOTech 552 HOLOgraphic Weapon Sight (HWS)/HOLOgraphic Diffraction Sight co-witnessed with flip-up BUIS (front and rear with Trijicon tritium inserts), Sabre Ultra Efficient Gill-Brake (muzzle brake), and bayonet lug. The package also includes Sabre Mil-Spec magazines (two 30-round mags and 2 20-round mags), a Wilderness Tactical Giles Sling, and a Massad Ayoob Signature Tactical Case for carrying the weapon and accessories.
Sabre Defence also has a XR15A3-M4 6.5mm Grendel Carbine, A3-M4 6.5mm Grendel Flat Top Carbine, and A3-M4 6.5mm Grendel Tactical Carbine. The 6.5mm Grendel is a potent cartridge, so these weapons interest us as well. The first two feature a 14.5" M4-government contour 1-in-7.5 twist MIL-B-11595 vanadium alloy barrel with M4 feed ramps and Mil-Spec chrome lining, CNC-machined/forged upper and lower receivers, flip-up front and rear BUIS, M4 6-position telescoping/collapsible buttstock . The Tactical Carbine adds the same accessories package as the 5.56mm Elite Rifle, including the "SOCOM" stock.
Last up are the Sabre Defence XR15A3 SPR and Competition Deluxe series rifles, carbines, and upper receiver assemblies, featuring 18" (rifle) and 14.5" (carbine) barrels. The Sabre Defence rifles and carbines are definitely worth a look.
– The new Surefire Helmet Light seemed to garner a lot of interest at the Surefire booth. Everyone DefRev spoke with really seemed to like this thing. SMGLee at AR15.com took some great photos of it, and describes it as "an excellent piece of kit". The Helmet Light features white and blue LEDs and an IR strobe light (infrared strobe light). This IR version is for Mil/LE personnel only, but a non-IR version may become available for civilians. The Surefire Helmet Light sports a dual switch for IR and three white LED lights or two blue LED lights. The operator can separate the helmet mount from the light component, so the light unit can be used independently.
– If you click on any of the Helmet Light links above, it will take you to the SMGLee’s take on the SHOT Show page, where SMGLee highlights several other technologies that Defense Review also enjoyed seeing an handling at the show. As it happens, DefRev’s tastes run very similar to SMGLee’s, so we’re happy to talk about these other technologies that SMGLee photographed and describes. Basically, SMGLee made the job easy for us. Note: DefRev plans on publishing its own photos of the the Robinson Armament XCR rifle/carbine and Magpul CTR buttstock (taken at the show), soon. We didn’t get photos of the very cool-looking Magpul UBR. However, fortunately, SMGLee did. He also got a great shot of an interesting Magpul 30-round magazine ( appears to be 4179 STANAG box mag for AR-15/M16/M4/M4A1 rifle/carbine) with clear side-viewing window and what appears to be a fiber optic (unconfirmed/unverified) follower indicator.
Don’t forget to look at the photos of Magpul’s very cool SpeedThreader plastic guide for PALS and MOLLE webbing. The Magpul SpeedThreader obfuscates the need to weave your MOLLE pouches onto your vest. SMGLee calls this very simple-yet-ingenious little item a “plastic Godsend”. The following is an edited version of SMGLee’s explanation of the procedure: "First you line up the straps on the vest vs. the pouch. Then, you carefully insert the Magpul SpeedThreader through all the straps. Now, hook the MOLLE tab with the snap button to the plastic guide and pull the strap through with the MOLLE tab locked into the plastic guide. As the plastic guide is pulled through, the MOLLE strap is also pulled through thereby completing the weaving procedure. Now, all you have to do is snap the button on the pouch and you’re good to go. The entire process takes approx. one minute." The Magpul SpeedThreader MOLLE Guide would appear to be a must-have for anyone—Mil/LE or civilian—that uses MOLLE gear.
Click here to view SMGLee’s photos of the Magpul SpeedThreader.
O.k., last up is the Steyr AUGA3 rifle/carbine which got a lot of attention at the Steyr Arms booth. The AUGA3 receiver sports a Mil-Std-1913 rail system (6 and 12 o’clock positions) for mounting tactical white lights, lasers, vertical foregrips, etc. The gun also comes with a cheekpad for getting a better cheek weld when using a combat optic or scope.
Click here to see SMGLee’s photos of the Steyr AUGA3 rifle/carbine.
All of SMGLee’s photos are excellent, BTW.

David Crane started publishing online in 2001. Since that time, governments, military organizations, Special Operators (i.e. professional trigger pullers), agencies, and civilian tactical shooters the world over have come to depend on Defense Review as the authoritative source of news and information on "the latest and greatest" in the field of military defense and tactical technology and hardware, including tactical firearms, ammunition, equipment, gear, and training.
Previous Evolution Armor Systems Introduces Evo-Flex Laminate System Ballistic Armor
Next Interceptor vs. Dragon Skin: Body Armor Fight Gets Ugly 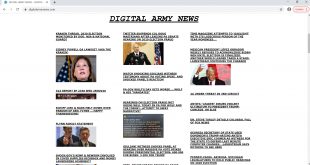