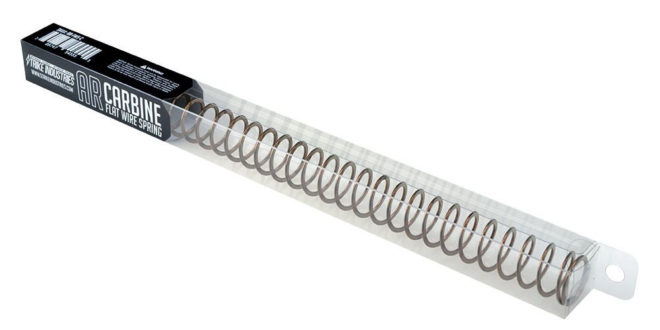 About a month ago, DefenseReview published a piece on the new Strike Industries SI AR Carbine Flat Wire Spring, which is, in DR’s opinion, one of the most important tactical AR-15/M4/M4A1 Carbine/SBR (Short Barreled Rifle) components/parts they’ve ever developed and introduced, since the action/buffer spring is a critical operating part, and is thus incredibly important for the proper weapon functioning.

As per our phone conversation, here is some additional information.

As a general industry etiquette practice, we do not publish direct comparison information between our products and a competitor. We leave that to independent reviewers such as yourself to draw unbiased opinions.

The primary advantages of flat wire profile springs are as follows

The design allows for greater energy retention compared to a conventionally profiled spring of equivalent dimension, thus increasing the closed bolt load you see in the comparison above. As they compress to a more compact dimension before bottoming out, we can run a longer spring. Basically, the spring does not compress as much relative to total compression distance than a typical round profile spring. This allows us to retain greater bolt load at the closed position relative to the compressed position. As the spring is relatively further away from its max compressed load point, the bolt load at compression is equivalent or lower than a round profile spring. This contributes to increased reliability as the increased bolt load during the feeding cycle allows for more positive bolt lock up and chambering, while still allowing the action to travel far enough rearward, to chamber the next round not impede ejection. As the force transitions of the spring across distance traveled is not as severe, this translates to a smoother feeling action. 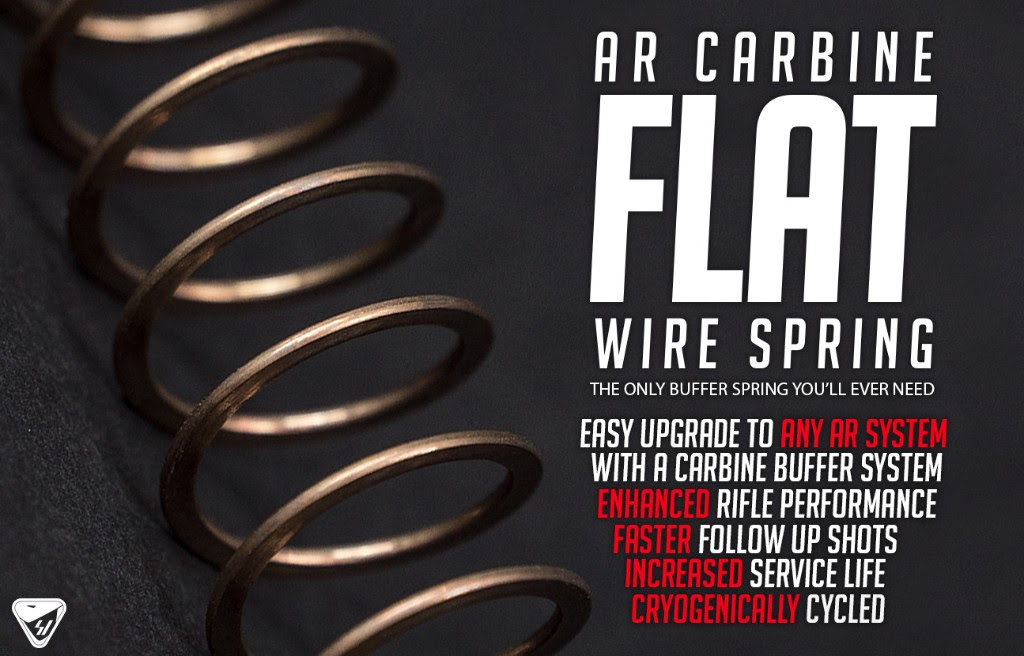 Flatwire springs can also handle many times more cycles, but also higher cyclic rates than round profile springs, and at faster rates. This is due to the fact that the design is much more resistant to friction and buckling than round wire springs. This reduced friction and buckling has the added benefit of reducing system harmonics, allowing for less total system movement and reduction of the “twanging” sound you can hear in traditional set ups. 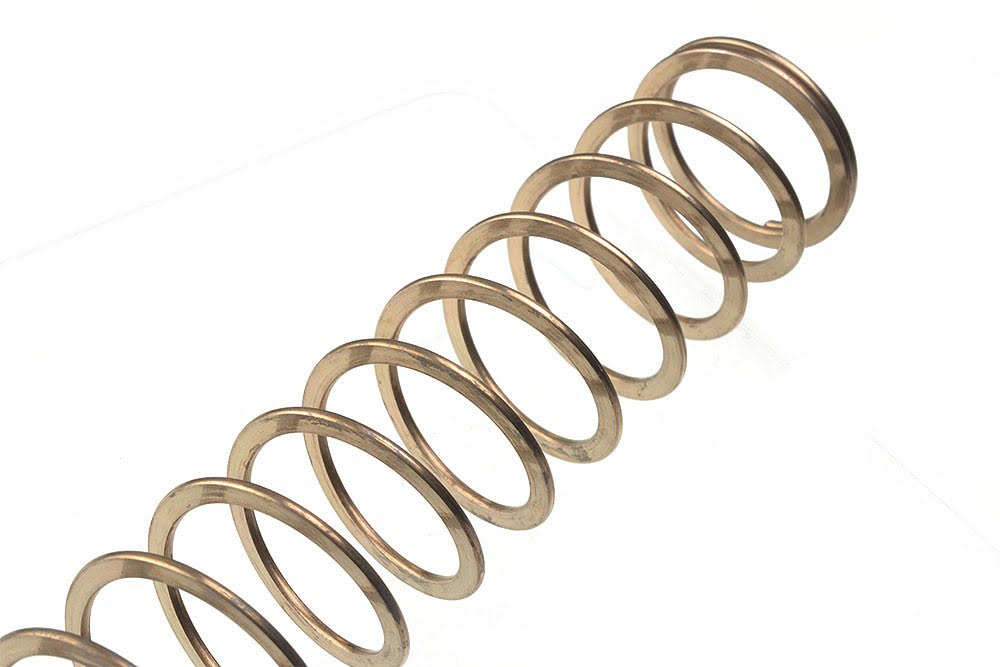 The primary advantages of this process is the removal residual stresses in the steel, giving it greater strength, stability, and fatigue resistance. Additionally, the process improves corrosion resistance. This structural enhancement is made possible by the precipitation of micro fine e and n carbides in the microstructure of the steel itself. These carbides are well known to contribute to the strength and toughness of martensite matrices in the microstructure of the steel.

The increased wear resistance of the cryogenically treated steel is uniquely attributed to the carbide precipitation, as opposed to the removal of retained austenite that is accomplished through the precipitation (age) hardening process (heat treatment) the steel undergoes first. 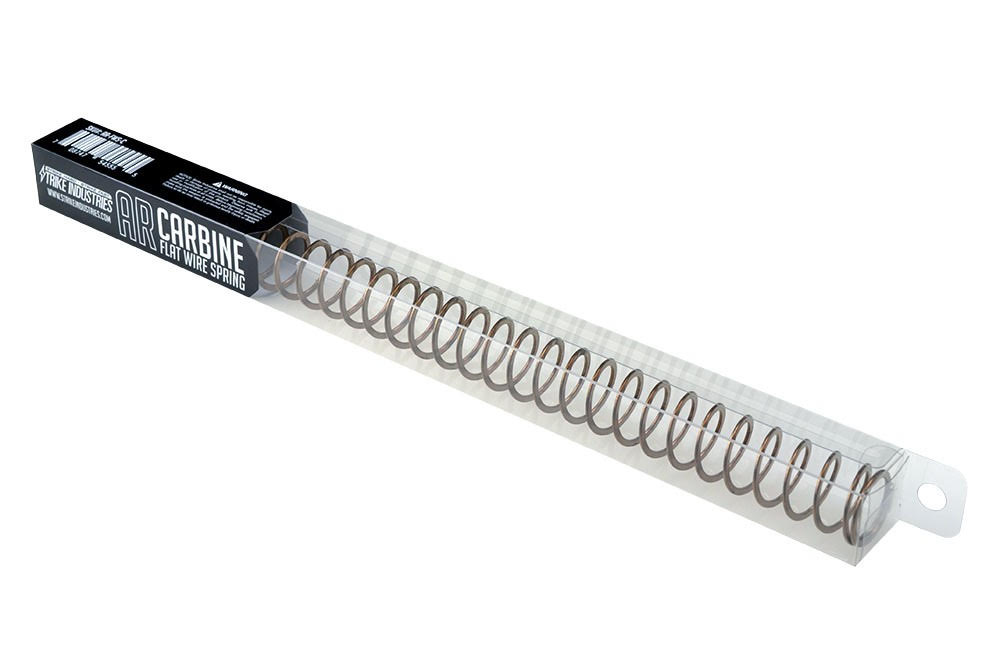 I hope this helps your article out, feel free to contact me if you require any further clarification.

I want to also make clear that I do not have a material science degree, or an engineering background. The research is based on the work of those that have much more fancy letters after their name, as well as empirical testing done by myself.

Defense Review is going to try to have DR writer/contributor and chief new-product tester Jeff Gurwitch run the SI AR Carbine Flat Wire Spring on M4/M4A1-type direct-gas-impingement (DGI) carbines and SBR’s, as well as Adams Arms short-stroke gas piston/op-rod (push-type operating rod) carbines and SBR’s, to as high a round count as possible, so we can report back on the product’s performance.