DefenseReview also got a chance to see and handle all the latest FN SCAR-Light (SCAR-L) (5.56x45mm) and SCAR-Heavy (SCAR-H) (7.62x51mm) prototypes at the FNH USA booth at International SOF Week 2005/APBI (Advanced Planning Briefing to Industry). DefRev will discuss the various aspects of the weapons, including the operating system (piston driven) and unique features, in a follow-up article, once we’re cleared to do so. In the meantime, we’d like to take this opportunity to thank Paul Evancoe, FNH USa’s Military Operations Manager (a.k.a. "Mr. SCAR"), who generously spent a considerable amount of time taking us through the guns in detail, including the internals (internal components/parts). We were impressed with what we saw. Based on what we saw (and handled), we very much look forward to the opportunity to run them at the FNH USA range.  Right now, we can tell you that the guns looked really solid. They appeared to be well-designed and developed, from the operating system to the ergonomics (which are excellent).  It looks like the FNH team really did their homework on these guns. 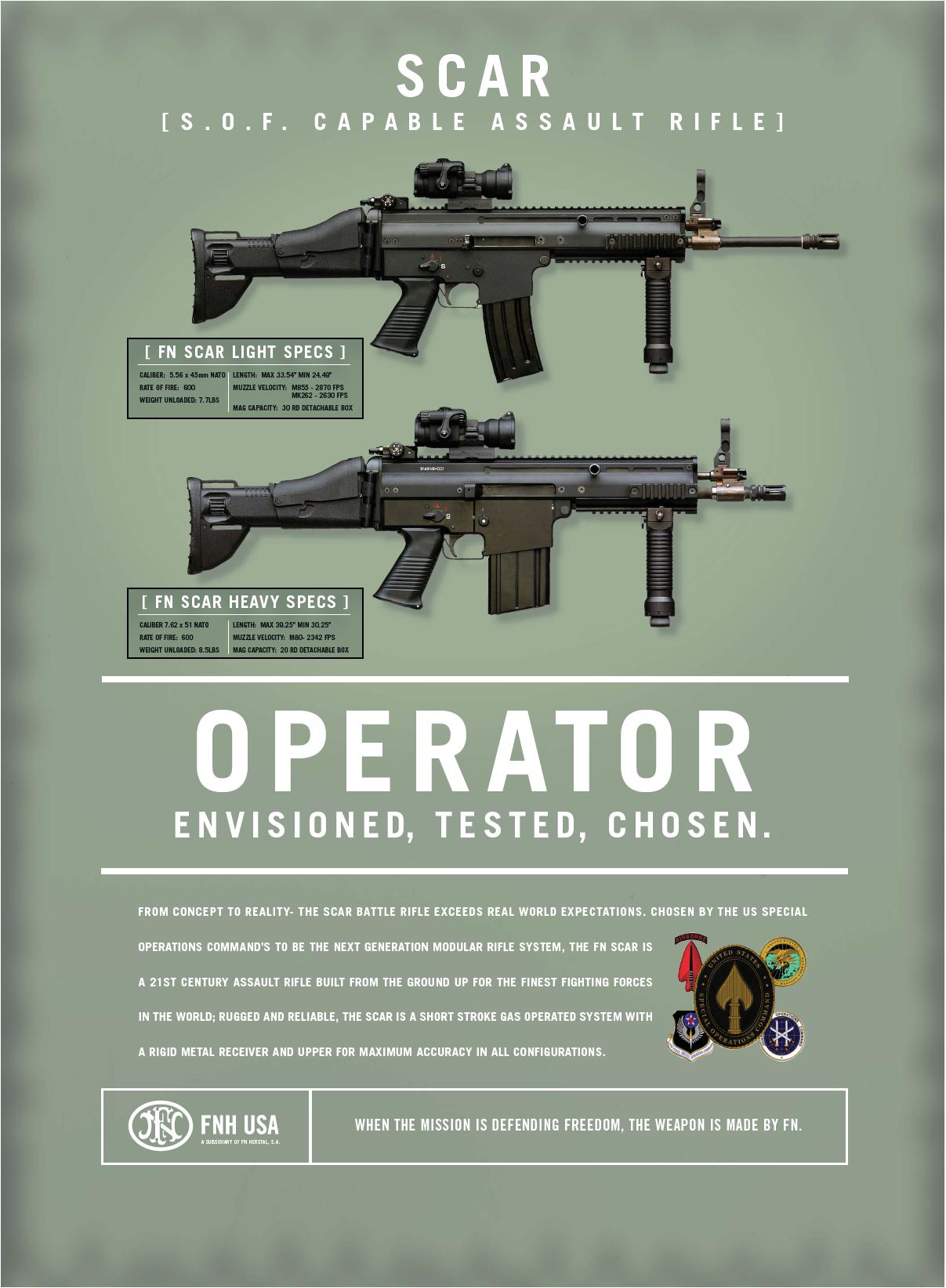 we got to play with. The EGLM attaches and detaches to the weapon via a simple system that’s fast to operate. We’ll go into further detail about the EGLM’s features and quick-attach/detach system in our follow-up piece. In the meantime, we can tell you that the EGL is a slick little unit, and a definite improvement over the M203 series.

Defense Review is particularly interested in the FN SCAR-H, since we prefer 7.62mm over 5.56mm. With a 7.62x51mm weapon, you can’t carry as much ammo, but the ammo you can carry is significantly more potent than 5.56x45mm, in comparable bullet designs. Additional "enhanced caliber" SCAR versions (like 6.8x43mm and 6.5mm Grendel, for instance) are also possible in the future.

Rumor has it that the FN SCAR-H and SCAR-L are not only reliable and durable, but also easily controlled on full-auto (unconfirmed/unverified). We’ll try to get confirmation one way or the other on this before we actually T&E the guns at the FNH USA range, which we’ll hopefully be doing soon.

So the reader is aware, DefRev did shoot photos of the guns at the FNH USA booth, but they didn’t turn out all that great, due to lighting issues.  Even so, we would still publish them, except we haven’t been cleared by FNH USA to do so, yet.  We also scanned some new FN SCAR-L/SCAR-H literature that we collected at the booth, but we can’t show this either, yet.

Basically, we can’t show you much of anything, at the moment. Please believe us that this isn’t by choice.  As soon as we receive clearance, we’ll fill you in (with MUCH more detailed info).  In the meantime, we just wanted to give our readers a quick heads-up, and let you know that we’re on top of things regarding the FN SCAR weapons family.

David Crane started publishing online in 2001. Since that time, governments, military organizations, Special Operators (i.e. professional trigger pullers), agencies, and civilian tactical shooters the world over have come to depend on Defense Review as the authoritative source of news and information on "the latest and greatest" in the field of military defense and tactical technology and hardware, including tactical firearms, ammunition, equipment, gear, and training.
Previous New Milkor MGL-140/MEI Hyper-Lethal 40mm Combo/Weapon System for Infantry
Next DefRev Exlusive: FN SCAR Update: NAVSEA/NSWC-Crane Division and FNH Tri-Folds 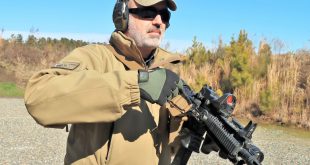