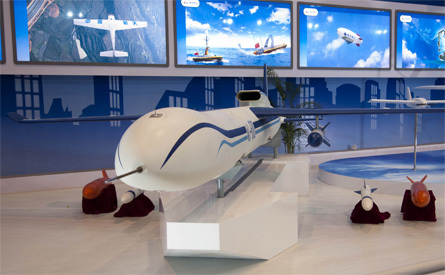 This one’s been coming for awhile. According to reports in multiple publications, it would appear that China is quickly closing the UAS/UAV (Unmanned Aircraft System/Unmanned Aerial Vehicle) gap currently enjoyed by the United States and Israel. More than 25 different Chinese UAS/UAV designs (and up to 40-50) were recently on display at the Airshow China 2010 (a.k.a. Zhuhai Airshow 2010), according to the Wall Street Journal (WSJ), DefenseNews, FlightGlobal, and other publications.

Apparently, several of the Chinese UAS models are designed to be weaponized with missiles, and one, designated the WJ600 (also written WJ-600), is jet-powered. Being jet-powered, the WJ-600 “stealthy” UCAV (Unmanned Combat Air Vehicle) can most likely fly faster than the General Atomics MQ-1 Predator and MQ-9 Reaper weaponized UAVs/UAS, which are propeller-powered and armed with AGM-114R multi–purpose HELLFIRE II missiles.

Considering China’s ever-increasing economic, industrial, technical, and scientific advancements in recent years, advancements that show no signs of subsiding or slowing down, it would seem only logical that China should close the UAS/UAV technology gap at some point. The question is, how long will it be before supersonic and hypersonic U.S. and Chinese UAS weaponized with ramjet air-to-air missiles and weapons-grade lasers are going head-to-head in the skies above Taiwan and/or North Korea in a future robot proxy war? Who knows. But, if/when it happens, it should be interesting.

David Crane started publishing online in 2001. Since that time, governments, military organizations, Special Operators (i.e. professional trigger pullers), agencies, and civilian tactical shooters the world over have come to depend on Defense Review as the authoritative source of news and information on "the latest and greatest" in the field of military defense and tactical technology and hardware, including tactical firearms, ammunition, equipment, gear, and training.
Previous AR Combat Match Trigger: The Case for Match Triggers in Combat/Duty Rifles: Safety, Speed and Accuracy
Next Lockheed Martin Joint Air-to-Ground Missile (JAGM) System: Next-Gen HELLFIRE Missile with Tri-Mode Gudance/Tracking Scores Hit on Tank from More than 3.7 Miles Out at White Sands Missile Range, and Gets Closer to Landing U.S. Military Contract.