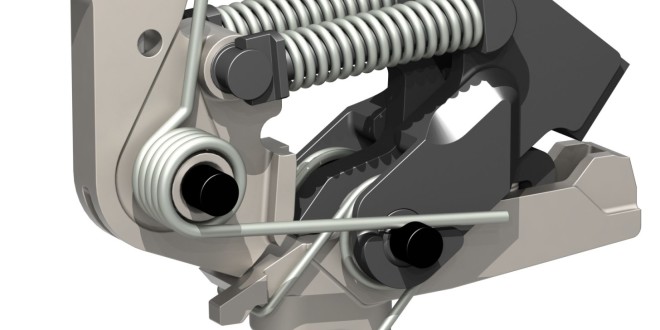 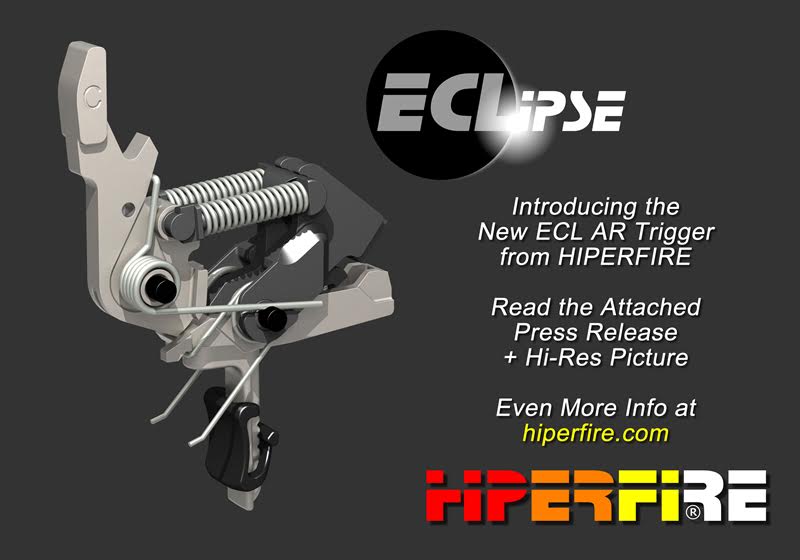 DefenseReview (DR) first tried the HIPERFIRE HIPERTOUCH 24C trigger when we met up with 3-Gun competitive shooter TK Martindill of the Adams Arms Shooting Team at the Hernando Sportsman’s Club (HSC) in Brooksville, Florida, back in late 2013/early 2014. Martindill installed the HIPERTOUCH 24C Trigger on his personal competition gun, an Adams Arms AA COR (Competition Optic Ready) 16.5″ carbine, and he was extremely happy with it. Since then, DR’s acquired a HIPERTOUCH 24C trigger, ourselves. We had it installed for us on an Adams Arms AR lower receiver, and we really dig it. It’s a helluva trigger.

Anyway, like the HIPERTOUCH 24C trigger, the HIPERFIRE HIPERTOUCH ECLipse AR Trigger System/FCG is also a straight/flat trigger with HIPERFIRE’s proprietary HIPERSHOE height-adjustable trigger shoe for consistent finger placement and trigger pull. Defense Review is going to try to glean some more information on the actual, specific HIPERTOUCH ECL’s advantages/superiority versus the HIPERTOUCH 24C trigger from HIPERFIRE president/CEO Terry Bender as soon as possible, and update this article accordingly. We’re also going to try to find out if Martindill is now running the ECLipse on his AA COR carbine, and how he likes it.

In the meantime, here’s the text of the HIPERFIRE press release on it (slightly edited/enhanced by DR): 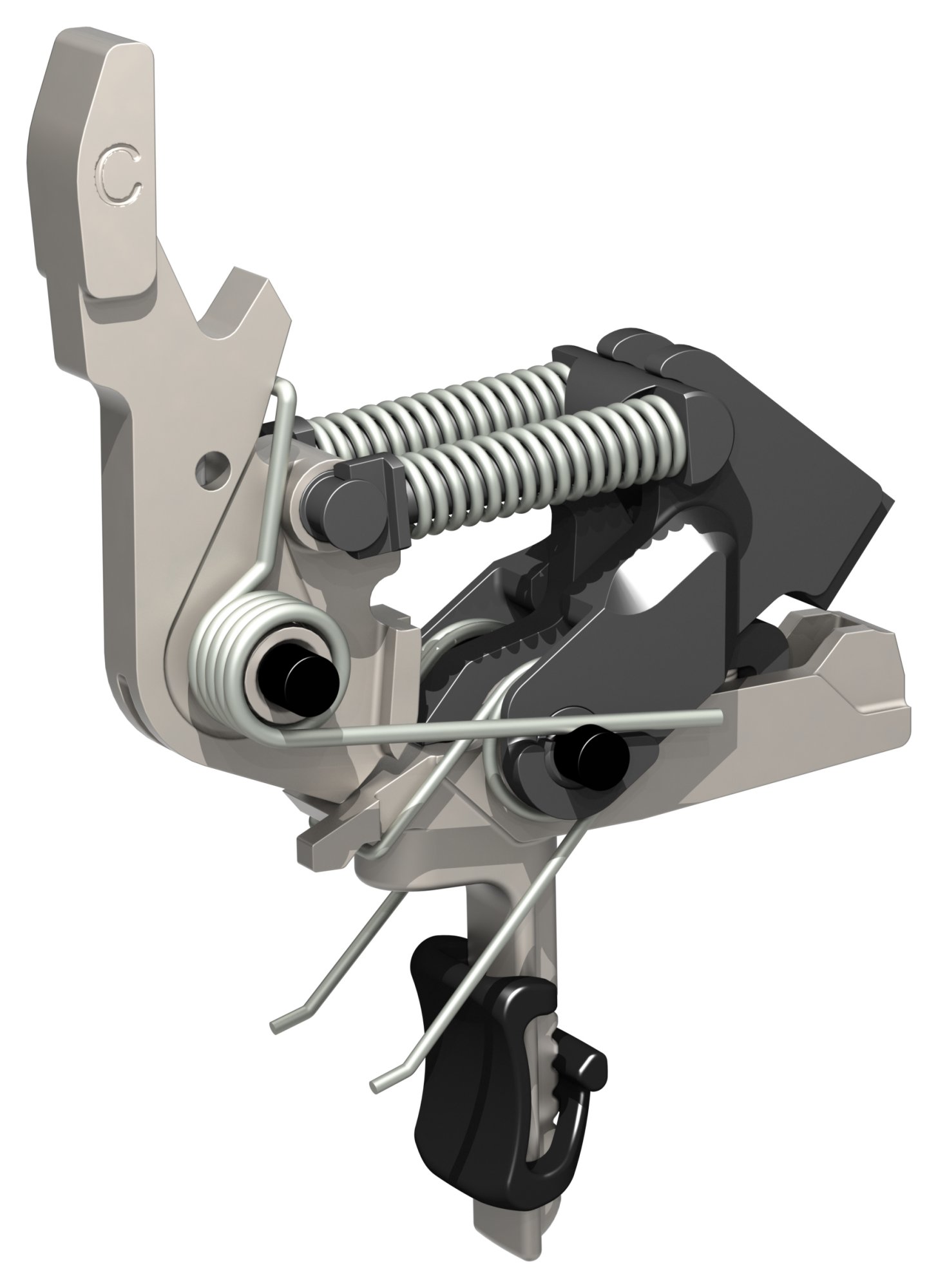 October 7, 2015: HIPERFIRE Announces the Immediate Availability of the
HIPERTOUCH® ECLipse (ECL) AR Fire-Control Group (FCG). This FCG’s performance eclipses that of every other HIPERFIRE trigger product, including the 24Competition (24C). It was developed as part of a 3-gun match series promotion. That promotion just ended with the HIPERFIRE Rifle Challenge and the trigger can now sport a new, more evocative name. HIPERFIRE didn’t think it could improve on the 24Competition product offering, but it did. Your trigger finger will feel the difference from the 24C as a definite step up. It sports a Black adjustable HIPERSHOE and a Nickel based enhanced plating exclusive to the ECL, making the pull even smoother and more responsive at an MSRP of $275.

Please note that this and HIPERFIRE’s other trigger offerings aren’t just for competitive 3-gun shooters, but for anyone who demands the best. For more information, visit hiperfire.com. HIPERFIRE has wholesale and OEM purchase programs.

HIGH PERFORMANCE FIREARMS LLC (d.b.a. HIPERFIRE®) is a Minnesota limited liability company organized in 2011 to design, manufacture, and sell novel products into the MSR marketplace that satisfy the unmet needs of the more demanding recreational and professional shooter.”

The following information on the HIPERFIRE HIPERTOUCH ECLipse Trigger comes directly from the company’s website:

The HIPERTOUCH® ECL4 is HIPERFIRE’s top-of-the-line trigger for AR-15® and AR-10® type rifles. The HIPERTOUCH® name is short for HIgh PERformance TOUCH, 24 for user adjustable trigger weights. The ECL was developed as part of a 3-gun promotion. But, one must realize that this and the other triggers aren’t just for 3-gun. It now sports a new evocative name since its performance eclipses that of even HIPERFIRE’s 24C. It installs and functions just like all the HIPERTOUCH® 24s. For installation and operational features of the HIPERTOUCH® family of AR fire-controls, go to the HIPERTOUCH® 24 page and watch the videos. View this graphic, AR-15LowerCavity.PDF. HIPERTOUCH® FCGs may not work in lowers with pivot holes that are outside the MIL-Spec dimensions shown in RED.
The Genius of the HIPERTOUCH® Fire-Control

Trigger Weight: The real culprit behind high trigger pull weight is high sear impingement force that produces high friction. To get around that, the stock “AR” trigger and hammer mechanical advantage was changed and the toggle spring feature added to reduce the impingement force on the trigger sear. Designers of two-stage products changed the functional location of the primary sear; HIPERFIRE®’s design has not, retaining the stock design’s single-stage simplicity. This is important for when stock triggers are pulled, the hammer cam-action signals hammer fall is imminent. When 2-stage triggers are pulled, the final higher weight stage also signals hammer fall. This can lead to the flinching problem we all know about. Some like to say the better 2-stage triggers have glass rod or candy-cane like breaks to sell the idea that they don’t signal hammer fall. In any case, the HIPERTOUCH® ECL does not signal hammer fall because the trigger weight is constant over the entire stroke.

Hammer Fall Energy: HIPERTOUCH® features the unique toggle spring functionality that reduces trigger weight, but while doing so, it also increases hammer fall energy by over 35% over the MIL-spec stock design and every trigger upgrade in the market. This permits the shooter to ignite hard MIL and foreign primers as well as hard to ignite 22 rimfire ammunition.

HIPERTOUCH® FCGs retain Eugene Stoner’s design of simple elegance while remaining very robust, without the gritty feel. Shooting for high accuracy is no longer an almost impossible chore. It’s no longer necessary to improve the stock performance by manually polishing the high-friction trigger and hammer sear surfaces, where the end result was only marginally better anyway.
Ambitious sportsmen and marksmen have been turning to trigger upgrades with varying degrees of satisfaction. The better replacements have been one and two-stage triggers with fixed final weights ranging from between 2½ and 4½ pounds with what some have called a glass rod or candy cane trigger break. Some of these devices require factory or user calibration, maintenance, and/or replacement for wear or doubling. Some of these devices also employ reduced power springs, which have compromised reliable ignition for a “dream” trigger weight.

The HIPERFIRE® “AR” accessory response to those shooter’s looking for a single-stage and very much improved, match quality, “AR” trigger upgrade that delivers high performance is the HIPERTOUCH® ECL. It nests in unmodified standard AR-15® and AR-10® type lower receivers in the same way as stock “AR” triggers and hammers without having to remove the safety selector. It is comprised of three subassemblies: the trigger, hammer, and toggle, spring groups. All the parts are made from carbon steel alloys that have been hardened for wear and strength. It features exceptionally low trigger weights with smooth pre-travel, a very clean hammer release with no report to break, match action response, and faster hammer lock-up. Only now with HIPERTOUCH® trigger and hammer actions does “AR” trigger “squeeze” have real meaning.

Additionally, the HIPERTOUCH® ECL also sports the HIPERSHOE® adjustable finger pad as first introduced with the 24C, which can be positioned at five (5) different vertical detent locations along the straight trigger’s bow. By changing location, the shooter can further adjust pre-travel and weight within the broader spring range settings than without it as desired for even more trigger responsiveness. Also, the adjustable pad lengthens slightly the extension of the finger to the pad with respect to the pistol grip, which alters the feel and dexterity of the finger on the trigger for added comfort and/or control. The trigger can be installed and operated with and without the shoe.”