Remember what Arnold Shwarzenegger’s character, Major Dutch Schaeffer, accidentally stumbled onto towards the end of "Predator" (1987), that allowed him to defeat the alien hunter’s high-tech thermal/IR (infrared) vision–you know, right after Dutch’s entire team had been systematically butchered by said alien? If not, I’ll tell ya’. It was mud. Simple grey Amozonian mud. The mud hid Dutch’s thermal/infrared (IR) signature (i.e. heat signature) from the alien hunter’s thermal/IR vision, so the alien couldn’t see/locate him against the jungle foliage. That development changed the course of the movie, creating a juxtaposition of predator and prey. Dutch now became the predator, and and the alien hunter became the prey. All because of some mud.

17 years later, Intermat Defence Coatings, a division of Intermat Group SA (Athens-Hellas, Greece), has introduced a high-tech version of Dutch’s no-tech mud tactic. Designed and developed for the Greek Special Forces (SF)/Special Operations Forces (SOF), it’s a highly cost-effective/relatively inexpensive wide-spectrum (400-20.000 nm) "modulated performance", "special camouflage" anti-thermal/IR (or, anti-IR/thermal) skin and face cream (a.k.a. wide-spectrum electronic camouflage cream) that effectively camouflages exposed skin on the wearer against all current infrared sensors and thermal viewers on the 21st century battlefield. Adhering to the philosophy "if you can’t see it, you cant shoot it", this "low-cost force-multiplier" (as the company describes it) is not only effective, but also NATO STANAG 4319 compliant. Intermat had previously developed an anti-thermal/IR helmet paint, jackets, and vehicle coating/paint (mobile targets’ camouflage), that accomplishes the same task (giving the wearer a much lower signature/reduced thermal trace). 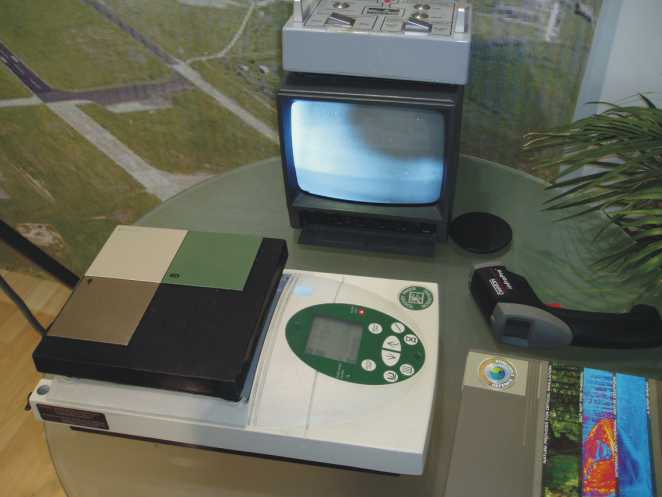 Because DefenseReview was intrigued by the technology, we contacted Intermat in Greece and ended up speaking briefly with Bill Filis (Assistant Director) and Kosmas Prassas (Managing Director). Both men were enthusiastic in talking about the technology, and spoke in limited fashion about Greek armed forces’ experience with the anti-IR/thermal cream. Since the current product is metallic in appearance in all its available colors, and thus reflective in natural or artificial light, Defense Review was curious to know if Intermat has a matte/non-reflective camouflage paint version available in O.D. green, black, desert tan, and Coyote brown that can serve double-duty as standard camouflage paint. When we asked Mr. Prassas about this, his response was something to the effect of "not yet". He then clarified that since the cream is primarily intended to be used during night operation to defeat IR sensors and thermal viewers, a standard/normal light camouflage version wasn’t a priority at this time. My question now would be what if you’re engaging in jungle warfare, and the enemy starts employing IR and thermal devices during the day? Wouldn’t you then need a coating/paint that camouflages the wearer in all light spectrums? Unfortunately, I didn’t think to ask this question during the interview. DefRev is curious as to the Intermat skin & face cream’s utility in desert warfare environments, where the ambient temperature is often likely to be higher than the human body’s, during the day.

We also didn’t think to ask Mr. Filis or Mr. Prassas about the potential for the wearer to overheat, since the cream, in order to be effective, can’t allow the covered area to dissipate heat normally. Although, since the user would most likely only cover his face and, perhaps, his hands with the cream, he could still dissipate heat normally over the rest of his body, so that’s probably not really a concern. However, the next time we talk to the folks at Intermat, we’ll ask them about this aspect. DefRev would like to thank Engadget.com member "Steve" for bringing this point up in the "Reader Comments" area of Engadget.com’s blurb on the Intermat anti-thermal/IR cream, titled "Overclock your commando: anti-thermal grease". It’s an interesting point, and worth asking about. We’ll have to bring this up the next time we talk with Mr. Filis and/or Mr. Prassas.

Here’s what the Intermat anti-thermal/IR coating/camouflage tech does for vehicles: 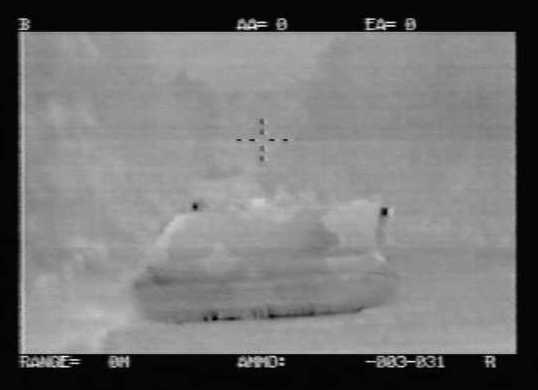 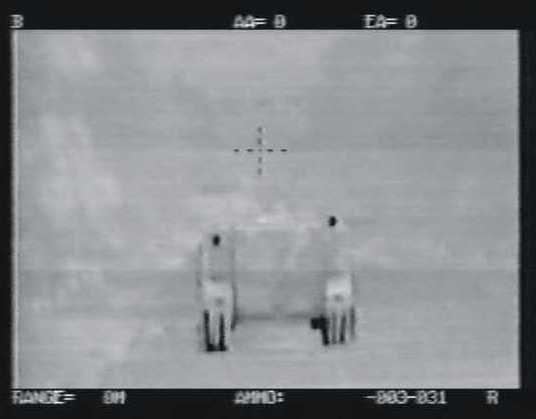 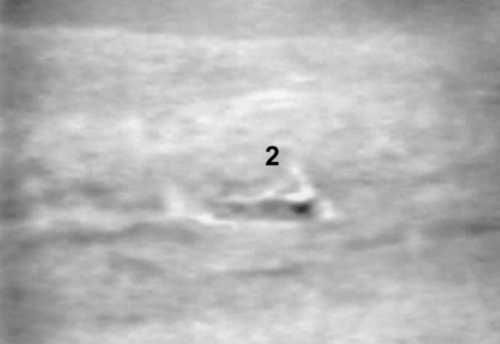 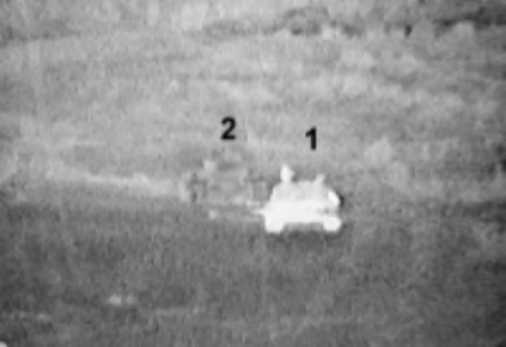 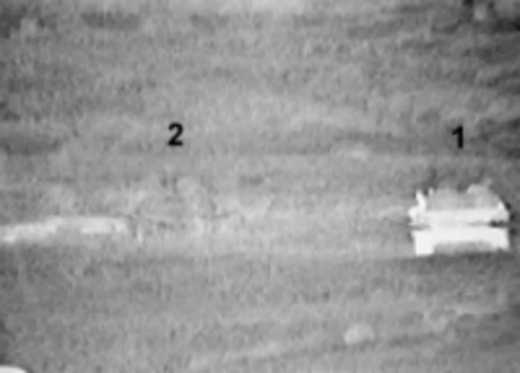 David Crane started publishing online in 2001. Since that time, governments, military organizations, Special Operators (i.e. professional trigger pullers), agencies, and civilian tactical shooters the world over have come to depend on Defense Review as the authoritative source of news and information on "the latest and greatest" in the field of military defense and tactical technology and hardware, including tactical firearms, ammunition, equipment, gear, and training.
Previous Patriot Arms Inc. Combat/Tactical Shotguns for Close Quarters Battle (CQB)
Next Crye Precision MultiCam Multi-Environment Camo Coating for Tactical Small Arms