We should inform our readers right off the bat that we didn’t get to put nearly as many rounds through either weapon as we would have liked. We did, however, enjoy firing them, and were generally impressed with their performance. We believe these weapons will… 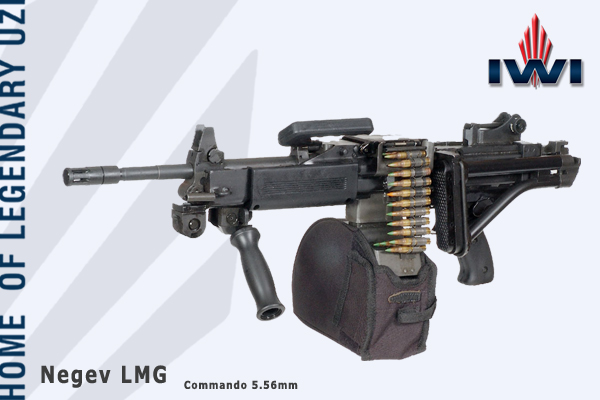 serve the IDF well. However, a low-round-count range session is very different from a high-round-count/adverse conditions test. We would very much like to conduct the latter in the near future. Based on our limited experience with the Negev Commando LMG and Micro-Tavor MTAR-21, it’s DefenseReview’s opionion that the respective cyclic rates/rates of fire (ROF) of both weapons are a bit higher than ideal. The Negev Commando LMG’s cyclic rate is either 850-1,050 RPM (Rounds Per Minute) or 950-1050 RPM, depending on the position setting (according to the brochure), and the Micro Tavor MTAR-21’s cyclic rate is 870 RPM, again, according to the brochure.

Defense Review would like to see the respective cyclic rates of both weapons brought down to the 600-650 RPM range, which we believe would aid in weapon controllability when firing on full-auto and ammo conservation. We plan to interview LTC Mike Hartman, Commander of the Sharpshooting & Marksmanship Section of the IDF (Israel Defense Forces), soon. Mr. Hartman oversees instruction for both the Negev and Tavor series weapons. When we interview him, we’ll ask him the reason for the higher cyclic rate, which may be purposeful, that purpose (potentially) being the ability to put more rounds on target more quickly, i.e. achieving higher target saturation in a shorter amount of time. When we get Mr. Hartman’s answer, we’ll edit this article accordingly.

While the Negev Commando Version 5.56mm LMG/SAW is a belt-fed weapon, it can also utilize 30-round box magazines, giving it additional versatility in combat.

While DefRev was at the symposium, we learned some specifics about IDF tactics (Israeli military tactics) as they relate to the deployment of the Negev LMG. However, since we haven’t yet been cleared by Mr. Hartman on what we can discuss publicly in that regard, we’re not going to write anything about it. If we receive clearance on specific points, we’ll relay them to our readers–but then and only then.

It’s DefRev’s understanding that Ohio Ordnance Works, Inc. is the presently the U.S. distributor for IWI products. This is what we were told by our friend and contact Gil Elharar of North East Technologies Ltd. (Israel), who is working directly with IWI. We’re going to contact Robert Conroy at Ohio Ordnance Works to find out when or if semi-auto-only versions of the Negev and Tavor series weapons will be offered commercially to law-abiding U.S. citizens. We’ll let you know what we find out by either editing this story or publishing a DefRev update, so stay tuned.

DefRev shot video footage of the Negev Commando LMG/SAW and Micro-Tavor MTAR-21 bullpup assault subcarbine/SBR being test-fired at the symposium firing demo, and we’ll try to make that footage available to our readers, soon.

We’re also going to try to conduct a high-round-count test of both weapons as soon as possible, video tape the session, and publish the footage for our readers.

In the meantime here are some videos clips and documents : 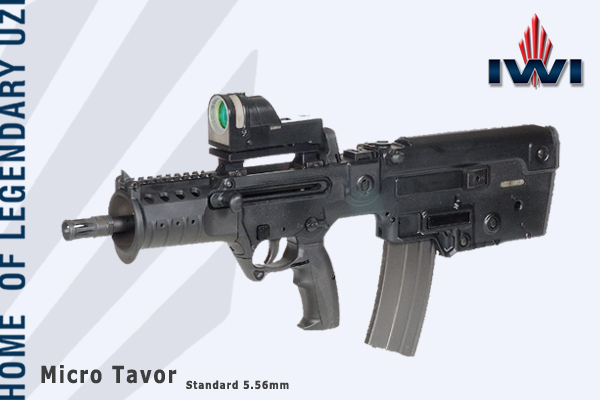 David Crane started publishing online in 2001. Since that time, governments, military organizations, Special Operators (i.e. professional trigger pullers), agencies, and civilian tactical shooters the world over have come to depend on Defense Review as the authoritative source of news and information on "the latest and greatest" in the field of military defense and tactical technology and hardware, including tactical firearms, ammunition, equipment, gear, and training.
Previous Aimpoint BR8 Fire Control System (FCS) for Tactical Small Arms and Light Weapons
Next DefRev Request: Looking for Info on Operational/Combat Performance of 6.8 SPC