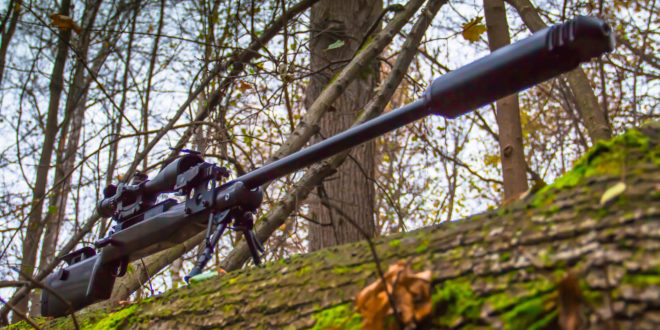 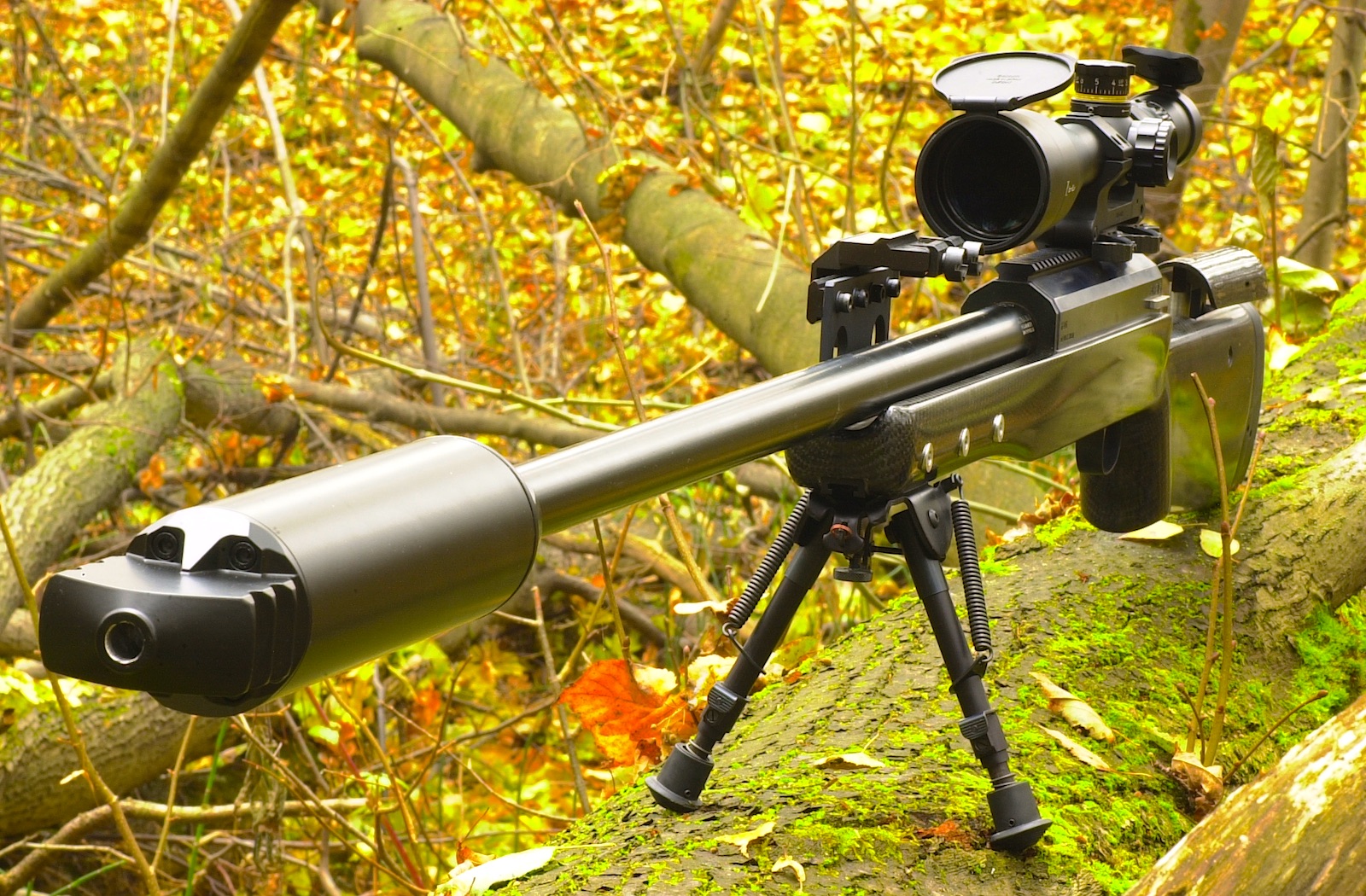 DefenseReview (DR) is very interested in this one. Lobaev Arms out of Tarusa, Russia is reportedly developing a record-setting sub-.2-.3-MOA bolt-action .408 CheyTac anti-materiel/sniper rifle called the SVLK-14S Sumrak (Twilight) Ultra Long-Range Rifle (ULRR) that’s already achieved 3,400-meter (3,718-yard) hits in testing, and is being further developed with a longer barrel and heavier ammunition to effectively engage targets of opportunity out to 4,200 meters (4,593 yards), or roughly 2.6 miles.
Lobaev Arms CEO Nikolay Lobaev says “Last year we successfully shot a target 3,400 metres (3,718 yards) away. Since then, we have implemented a number of innovations including making the barrel longer and the bullet slightly heavier. Hopefully, this year we will be able to set a new record,” the aforementioned 4,200 meters. Wow. 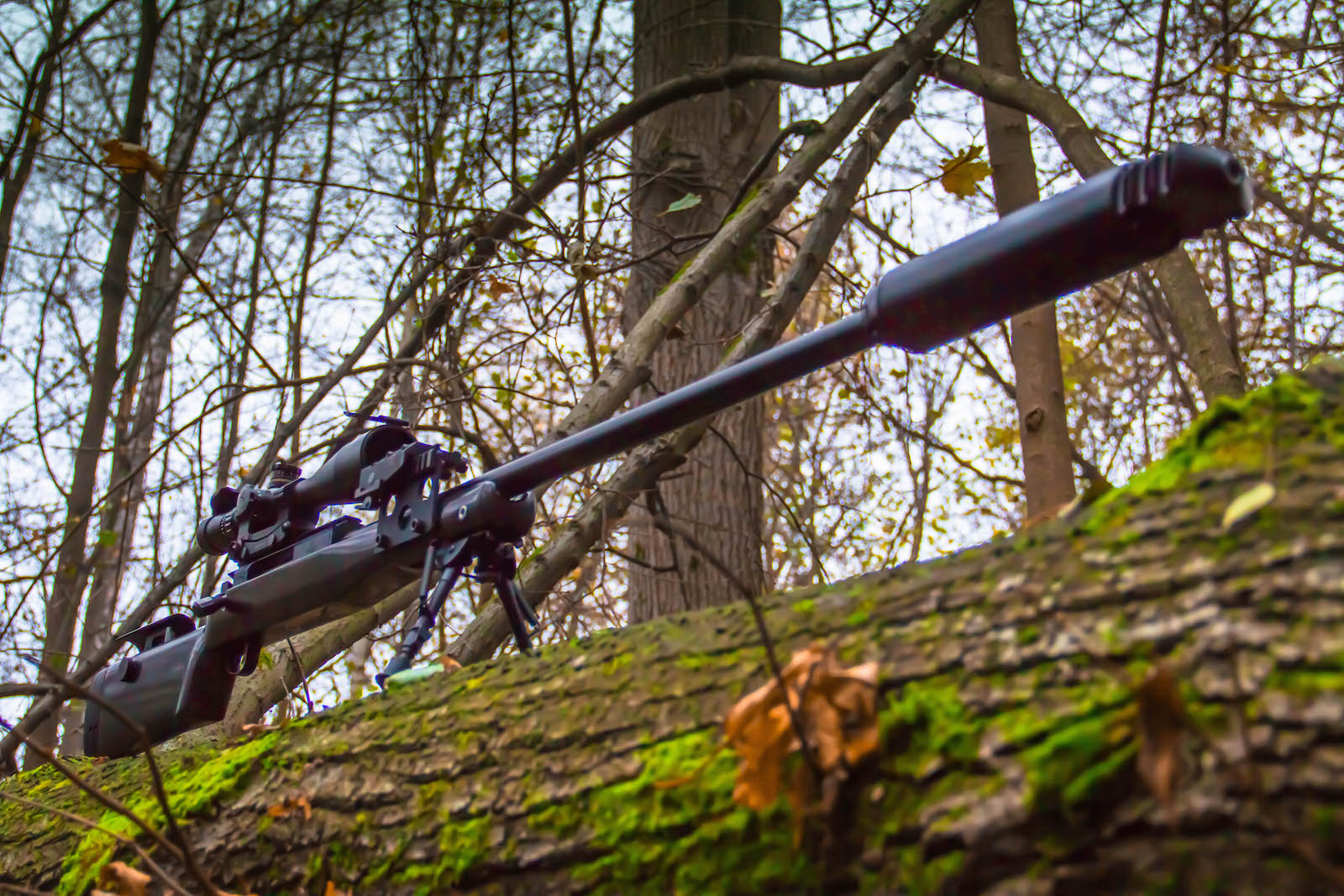 The latest iteration of the Lobaev Arms SVLK-14S ULRR anti-materiel/sniper rifle utilizes a composite stock comprised of “a carbon fiber-reinforced ‘sandwich’ of plastic, fiberglass and kevlar that is specially designed for the powerful Cheytac round. A long aircraft-grade aluminium alloy chassis is with stainless steel threaded insert and bolt, known as the KING v.3, is integrated into the stock to provide increased firmness and stability,” according to the company’s website, and is described by the company as “precise and unbreakable”. DR will try to glean some technical data on the barrel, including its materials, construction/manufacture and rifling. In the meantime, stay tuned.

Editor’s Note: Besides the SVLK-14S, Lobaev Arms makes a number of other interesting products, including the Special Sniper Rifle DVL-10 “Saboteur” lightweight, compact silenced sniper rifle, which is particularly interesting to Defense Review, since it’s designed specifically for highly-mobile military SOF (Special Operations Forces) operators. DR will probably do a dedicated follow-up piece on the DVL-10, as we like the look of it.

The following information on the Lobaev Arms SVLK-14S Sumrak (Twilight) Ultra Long-Range Rifle comes directly from the product page on the company’s website: 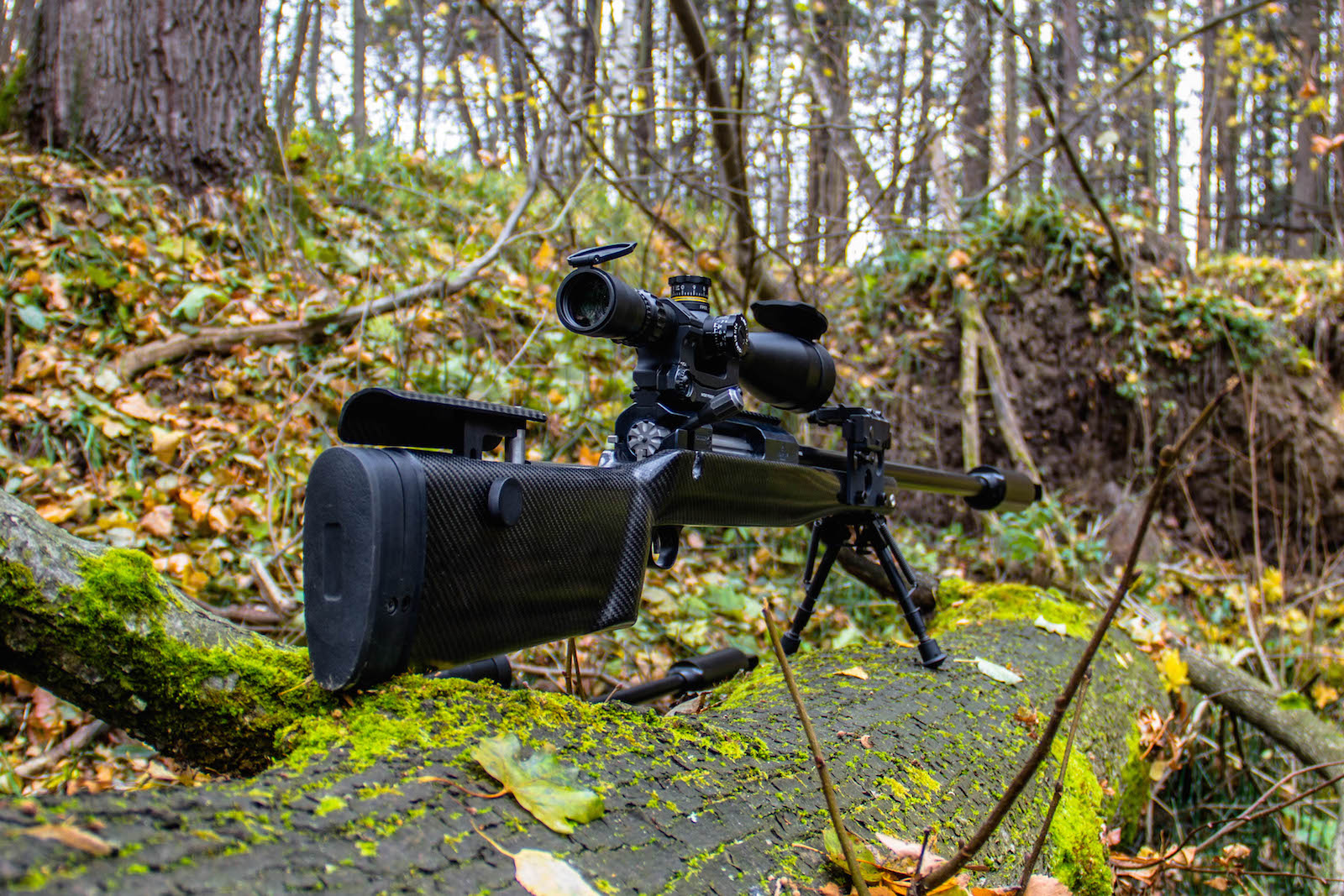 The precision characteristics of this model line sound almost unreal and yes, daring. SVLK-14S rifle owners often get sub .2 MOA 5-shot groups. And all this with such powerful round as .408 Cheytac that hardly anybody can make shoot. We could.

Hitting target beyond 3km? Easy! Nice group at 2500m? Yes, with that it’s quite feasible. New world record? She can deliver. 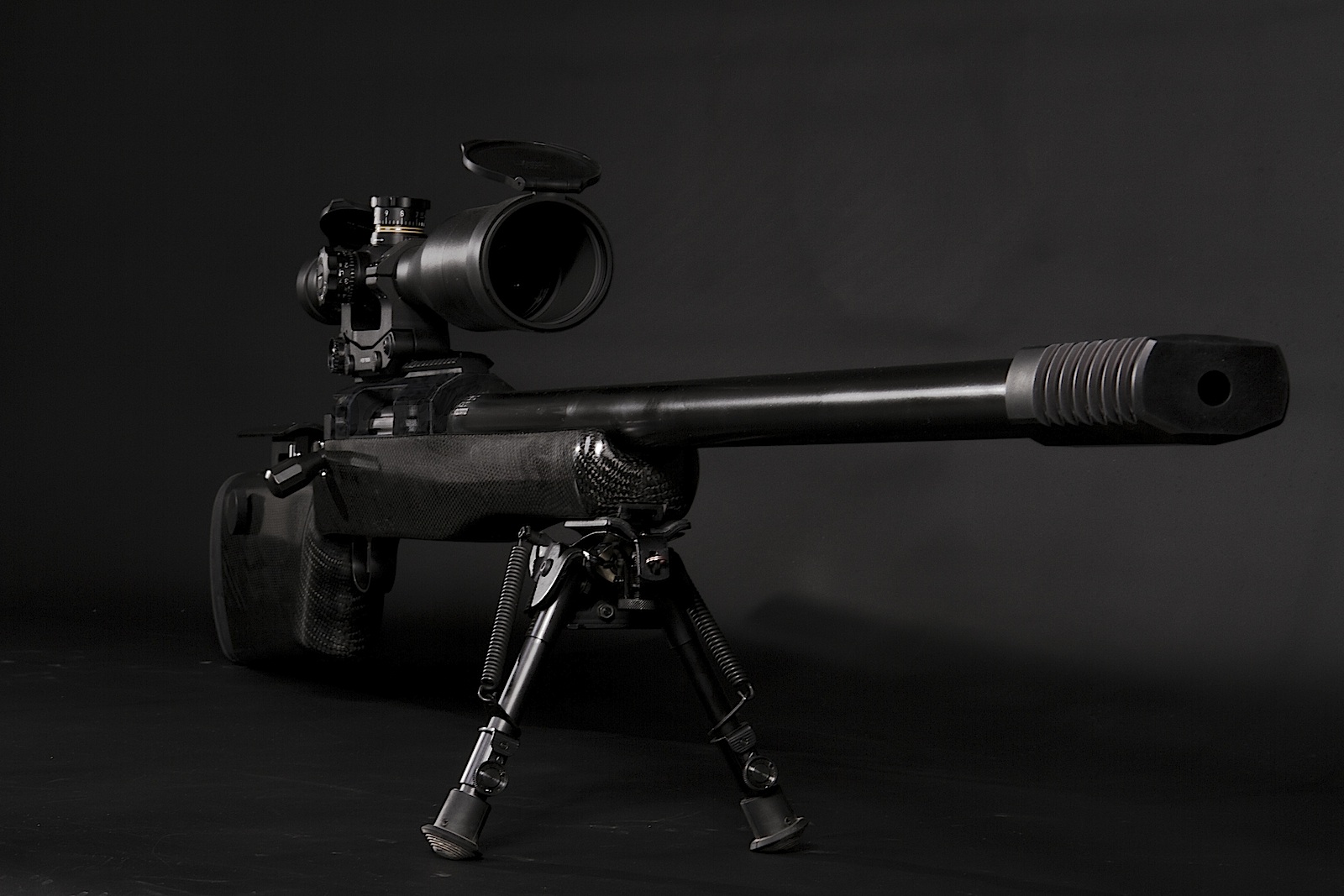 The newer model has a carbon fiber-reinforced “sandwich” of plastic, fiberglass and kevlar that is specially designed for the powerful Cheytac round. A long aluminium alloy chassis is integrated into the stock – to provide increased firmness and stability.
Core of the model is our highly reputable KING v.3 action made to the strictest tolerances in the industry. Precise and unbreakable. KING is aircraft aluminum body receiver with stainless steel threaded insert with stainless steel bolt. This SVL model is intentionally left with single-shot action to provide needed stiffness for Ultra-Long range as well as versatility of having several different boltfaces in one rifle (Cheytac, Supermagnum, Magnum). You don’t machinegun at 2000m, but more rigidity and extra bolts and barrels in other calibers are always good to have. 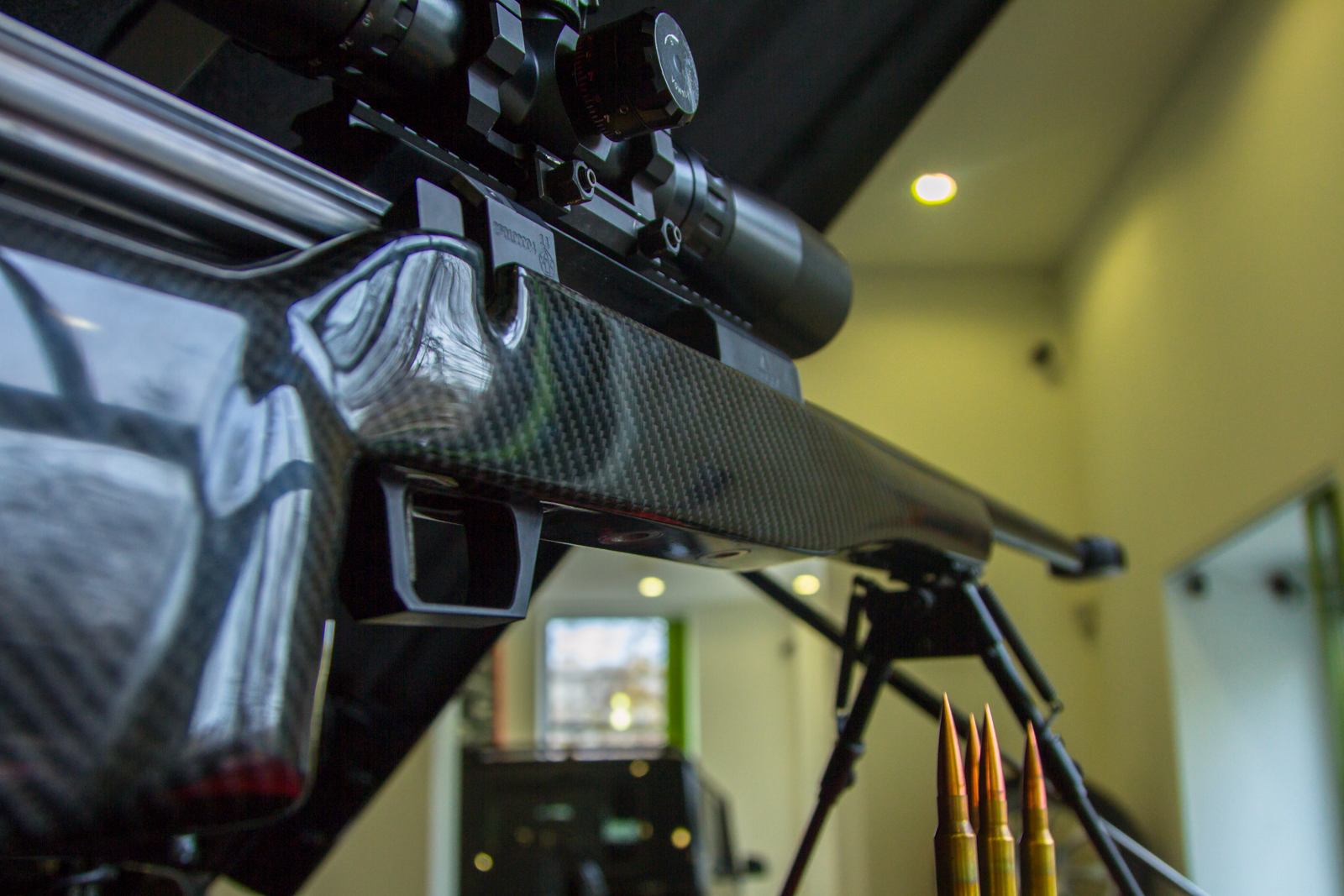 Sporting new design multi-layered composite stock, made of carbon fiber, Kevlar and fiberglass sandwich. Even more reinforced than before – long and specially shaped aluminum chassis added for more rigidity and use of most powerful cartridges. Cheek-piece mechanism has been also changed towards more shooter friendly design.

What completes the picture is the heavy stainless steel barrel manufactured by LOBAEV Hummer Barrels by the highest standards of the world of shooting. With these barrels the shooting that was previously only at the edge of possible is now possible. Those who have tried confirm it.

For this model all our barrel lengths are available. 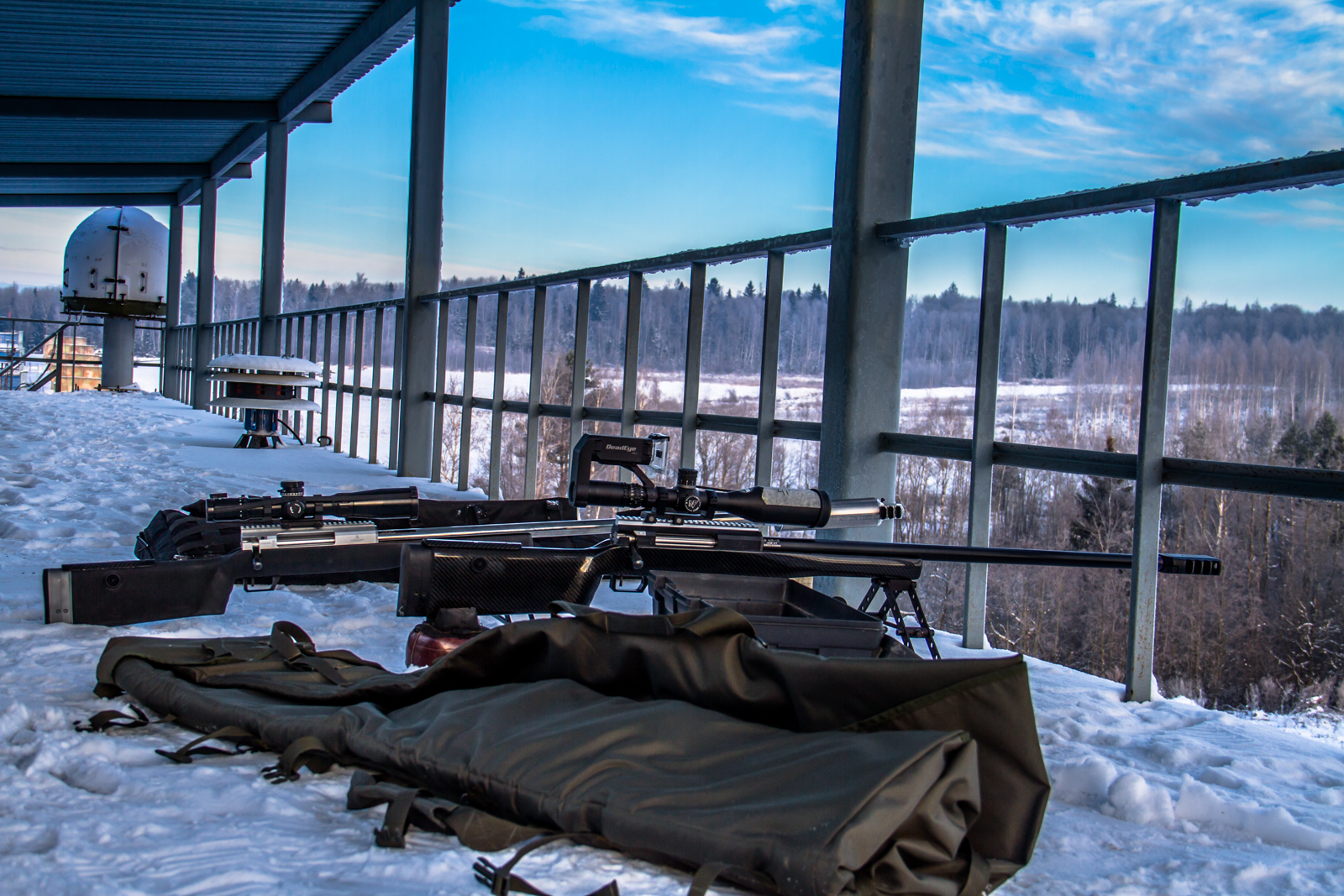 David Crane started publishing online in 2001. Since that time, governments, military organizations, Special Operators (i.e. professional trigger pullers), agencies, and civilian tactical shooters the world over have come to depend on Defense Review as the authoritative source of news and information on "the latest and greatest" in the field of military defense and tactical technology and hardware, including tactical firearms, ammunition, equipment, gear, and training.
Previous Ironman Machine Gun Ammo Carriage System/Assault Pack (Backpack) ‘Game Changer’ for Infantry Machine Gunners and Special Operations Forces (SOF): Is it Read for Battle, and How Does it Stack Up Against the TYR Tactical Huron MICO – Machine Gunners Assault Pack?
Next Russian RS-28 Sarmat Satan 2 ‘Super-Nuke’ and ‘object 4202’ Hypersonic Glide Vehicle (HGV): Russia Getting Ready for for World War III (WWIII)?