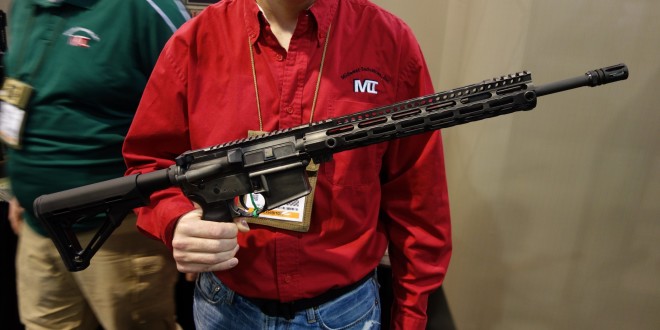 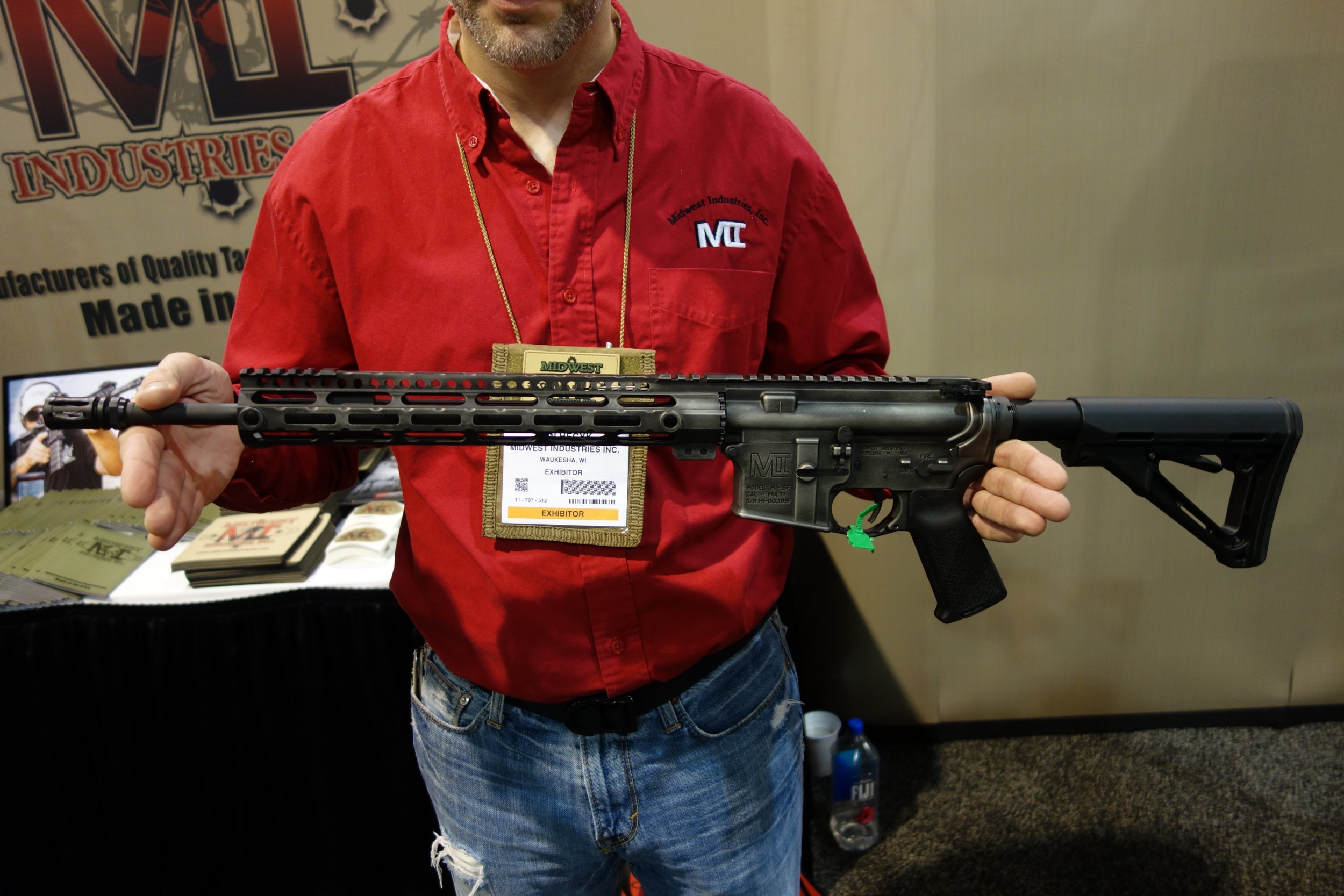 Last year, DefenseReview (DR) reported on the Midwest Industries MI SSK12 Minute Man Rifle 16″ mid-length direct-gas-impingement (DGI) semi-auto-only tactical AR (AR-15) carbine with MI SSK-KeyMod Series One-Piece Free-Float Handguard, which we handled at SHOT Show 2014. Well, Midwest Industries (MI) is now making a very cool M-LOK-variant DGI 16″ mid-length AR (AR-15) carbine called, appropriately enough, the MI 16-Inch Mid-Length Rifle M-LOK Compatible, which sports the MI SSM Series Free-Float Handguard M-Lok Compatible modular tactical handguard/rail system/forend rail tube. DR got to view and handle the new carbine this year at SHOT Show 2015, and really liked it. The gun we actually handled and photographed had an interesting distressed/patinated/worn-in finish on it that gave the gun a nice visual aesthetic. We liked this finish, so we’ll try to find out if it will be offered as an option at some point, and update this article accordingly.

By the way, there are some that claim that an M-LOK tactical handguard/rail system/forend rail tube is physically stronger than a KeyMod rail, but Defense Review hasn’t seen any actual comparitive analysis/testing on it. In any case, DR video taped a demo of the M-Lok system (see embedded videos below) at the MagPul Industries booth at SHOT Show 2015, and the system looks well-designed and thought-out.

Anyway, at a current MSRP of $1,199.95 USD (as of this writing), the MI 16-Inch Mid-Length Rifle M-LOK Compatible semi-auto-only DGI tactical AR carbine represents a lot of bang for your ballistic buck, and is a great package for anyone looking for a range-ready tactical AR. 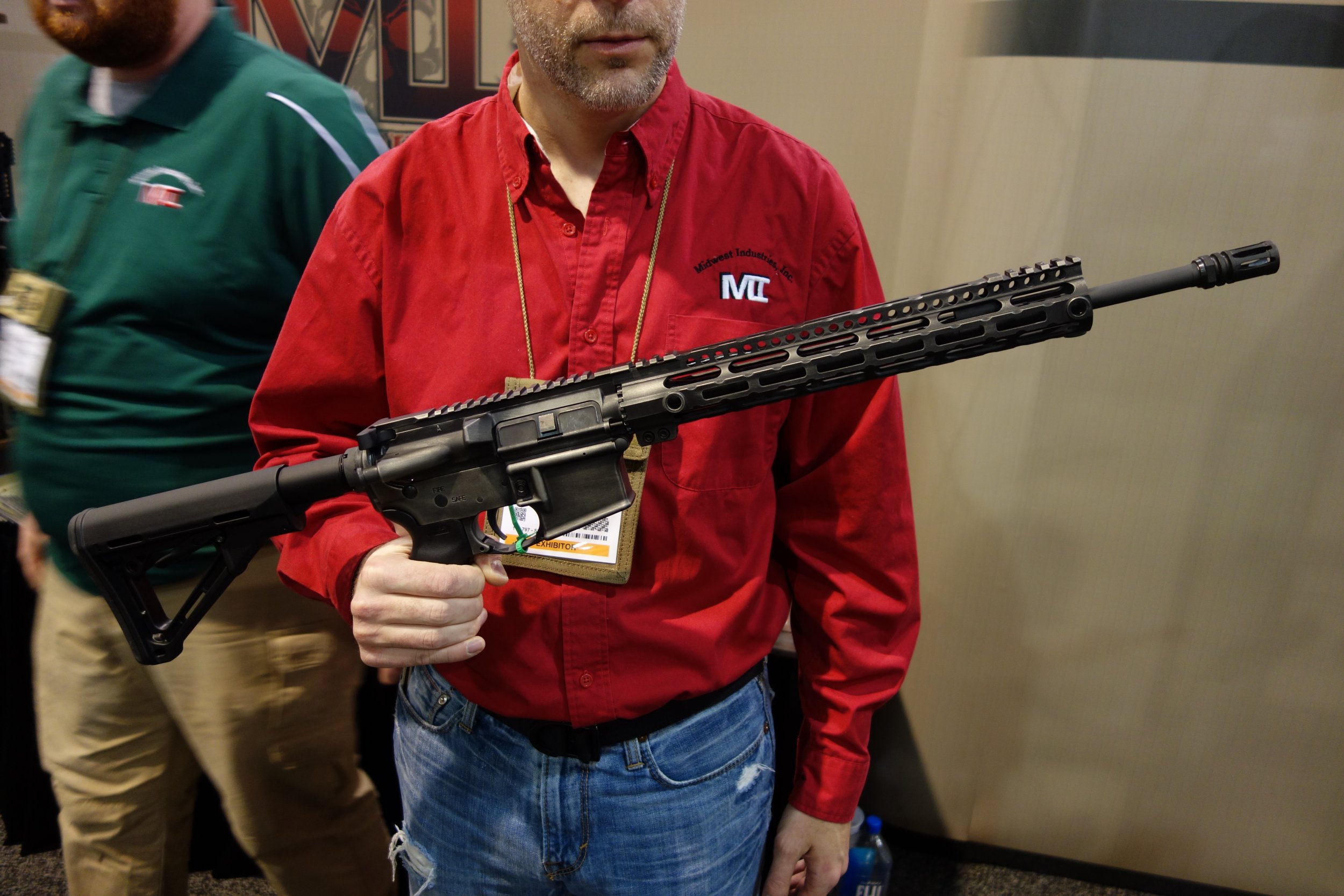 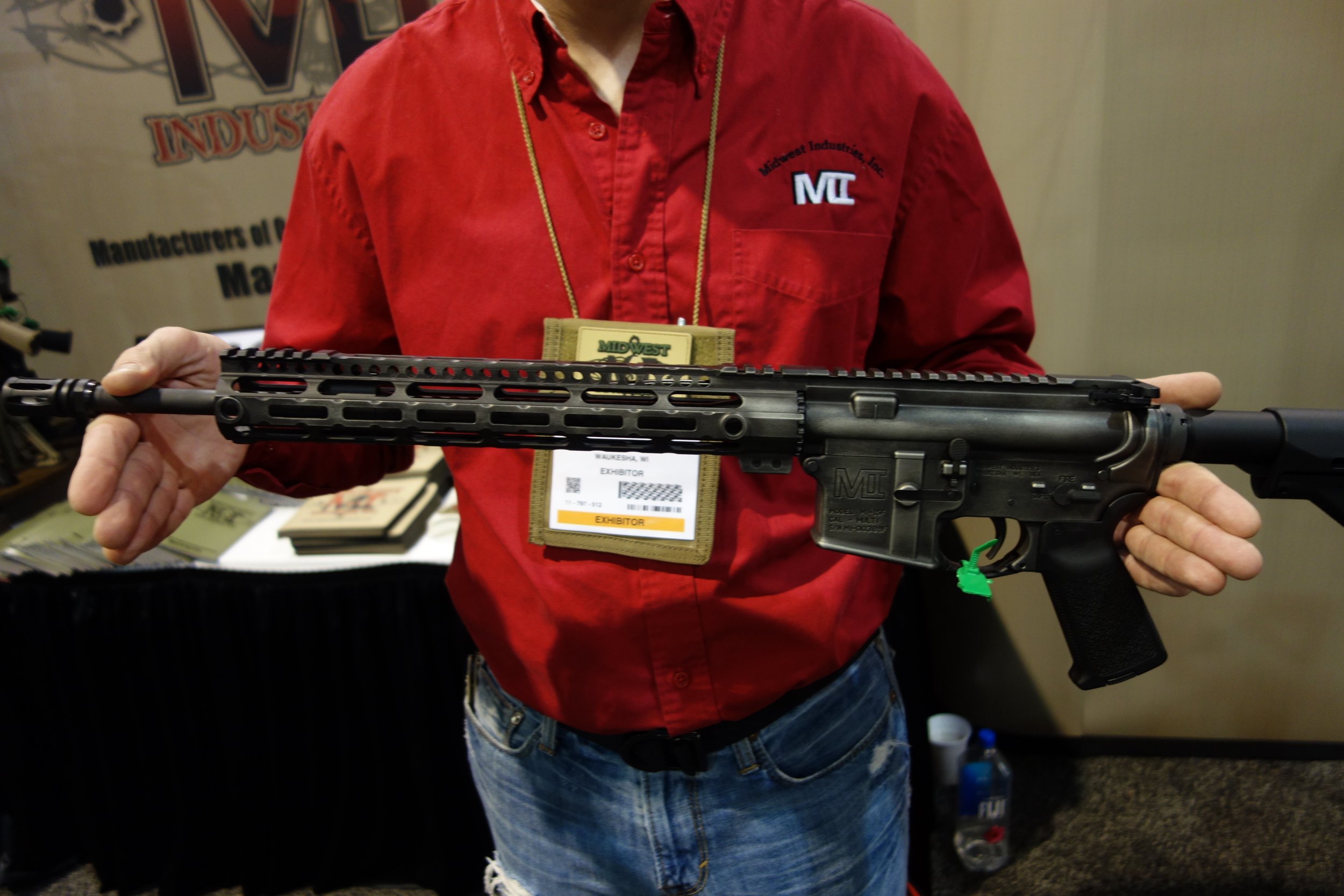 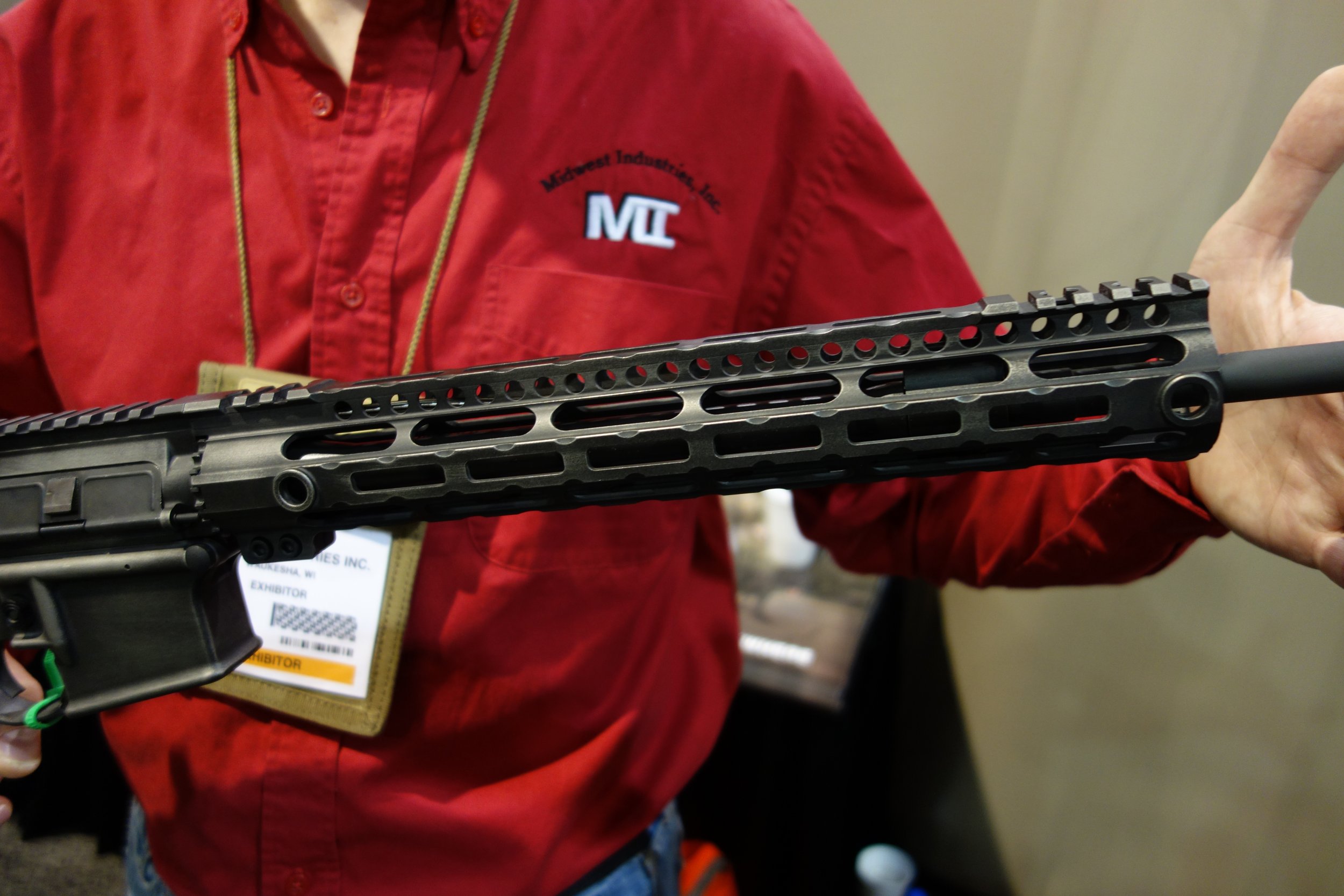 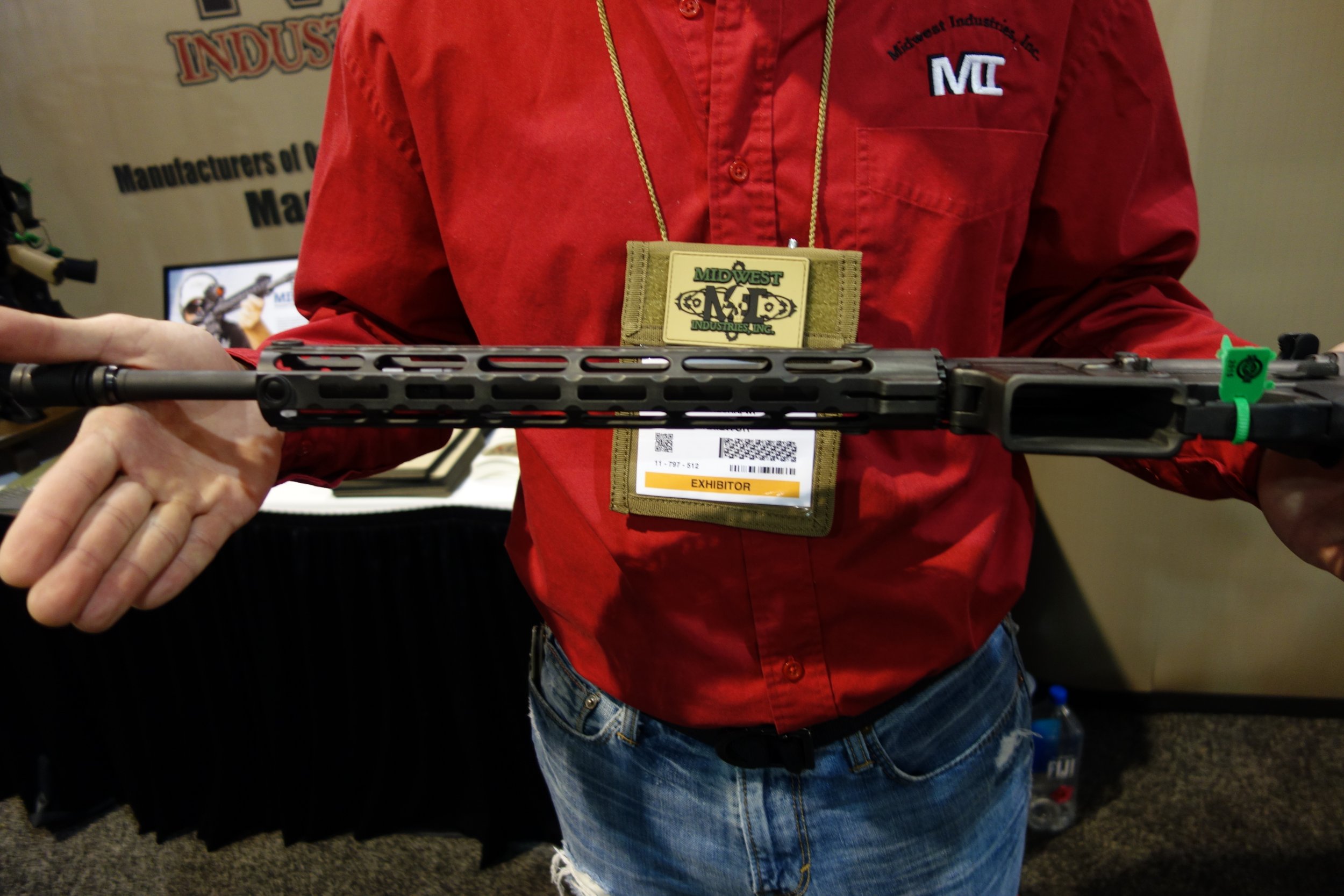 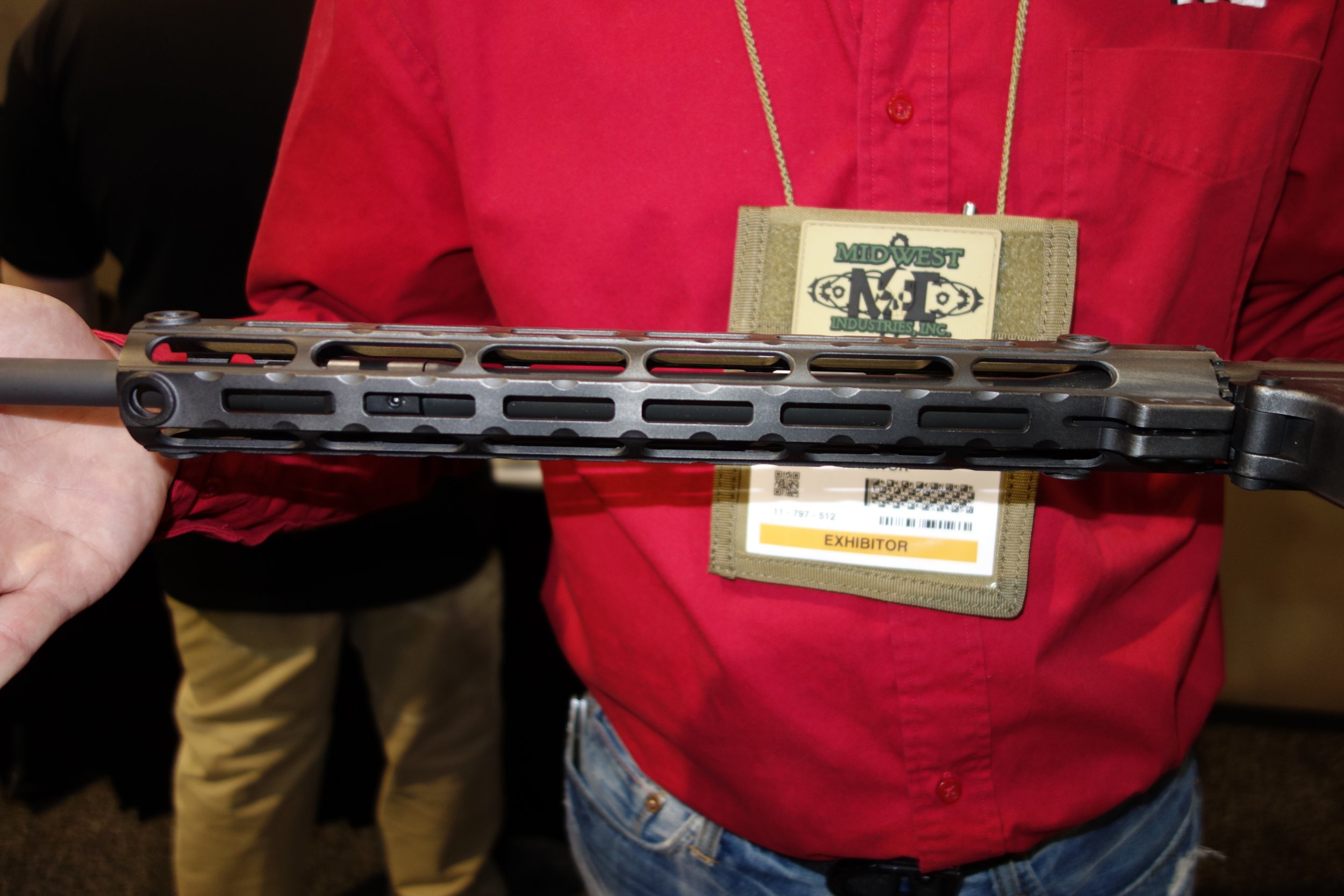