Armed Forces Journal has a video clip of the Milkor USA, Inc. MGL-140 6-shot 40mm low-velocity (a.k.a. low-impulse) multiple grenade launcher being demo’d at the annual Armed Forces Journal (AFJ) Shoot-out at Blackwater 2005. In the video, you can see Richard Solberg, Jr., President/CEO of Milkor USA, explaining the weapon’s attributes and features, as well as several AFJ evaluators firing it at a car downrange and hitting the target. In the clip, Col. Bob Morris, Joint Forces Command, states that he thinks the MGL-140 is "a great weapon". "It’s a good infantry soldier weapon", Morris says. Col. Morris was impressed that he hit the target car on the first shot. Our readers may remember that DefenseReview broke the story on the MGL-140 and Martin Electronics, Inc.’s (MEI) specialized 40mm ammo/munitions back in June. To our knowledge, DefenseReview was the first publication in the world to write about the new Milkor USA weapon and MEI ammo. Our original article on the Milkor USA MGL-140/MEI ammo combo was titled New Milkor MGL-140/MEI Hyper-Lethal 40mm Combo/Weapon System for Infantry.
You can watch the AFJ video clip on the Milkor MGL-140 by clicking on the following link… 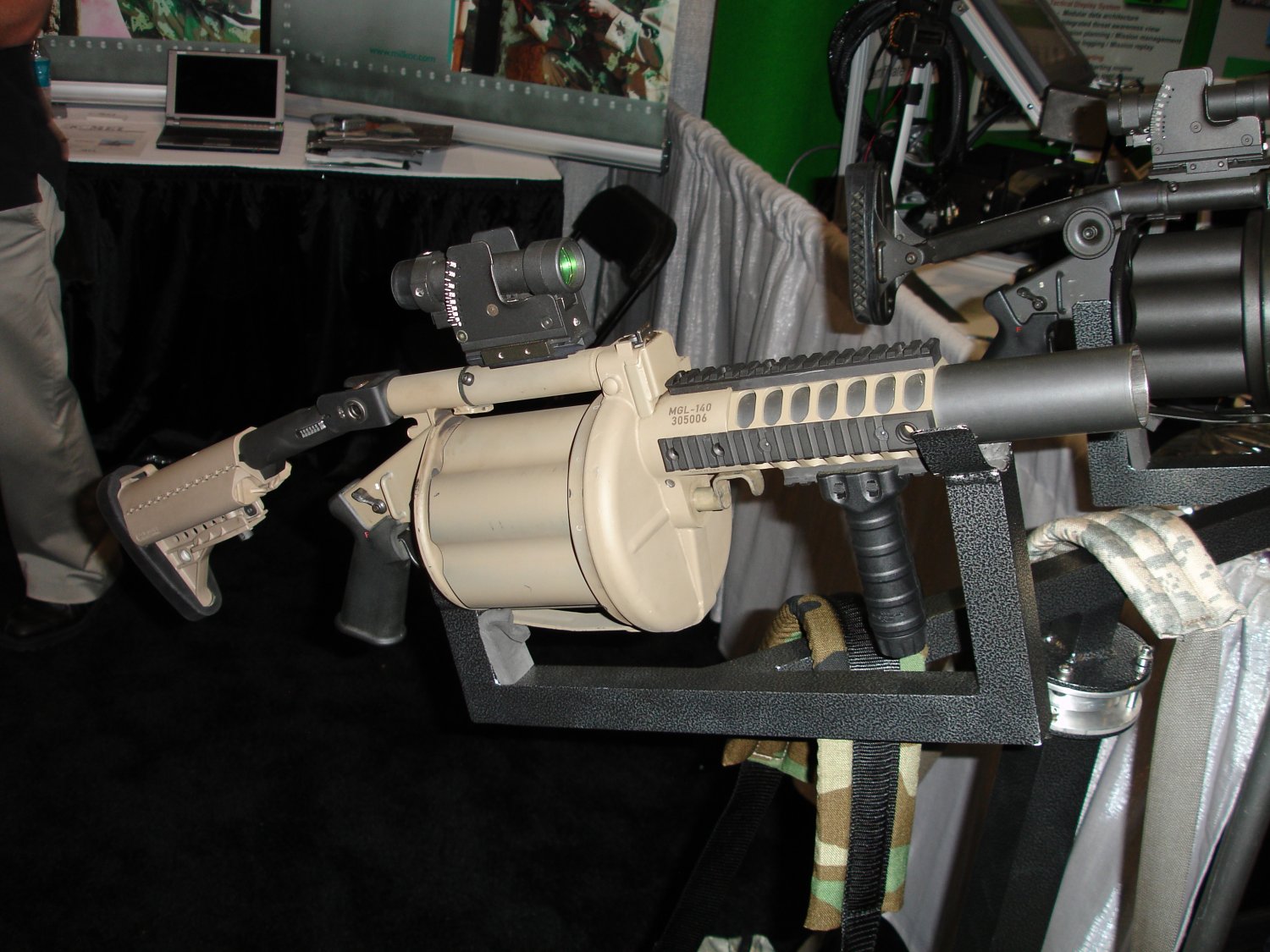 If you’d like to get more info on the six-shot Milkor USA MGL-140 40mm multiple grenade launcher and MEI HELLHOUND, DRACO, and HUNTIR 40mm ammo/munitions, click on this link. The article the link will send you to also contains contact info (phone and email) for both Milkor USA and MEI.

Click here to read about the MEI HUNTIR 40mm tactical aerial surveillance round/munition. "HUNTIR" is an acronym that stands for "High-Altitude Unit Navigated Tactical Imaging Round", which is designed to be launched from the Milkor MGL-140 platform. Accompanying the AFJ article, titled Quick Look is a picture of Richard Solberg, Jr., President/CEO of Milkor USA, launching a HUNTIR round from the MGL-140. Click here to visit the AFJ 2005 Shoot-out at Blackwater homepage.

David Crane started publishing online in 2001. Since that time, governments, military organizations, Special Operators (i.e. professional trigger pullers), agencies, and civilian tactical shooters the world over have come to depend on Defense Review as the authoritative source of news and information on "the latest and greatest" in the field of military defense and tactical technology and hardware, including tactical firearms, ammunition, equipment, gear, and training.
Previous Internal View of Metal Storm AICW (Advanced Individual Combat Weapon)
Next KRISS of Death: Unconventional and Deadly .45 ACP Subgun Makes It’s Debut