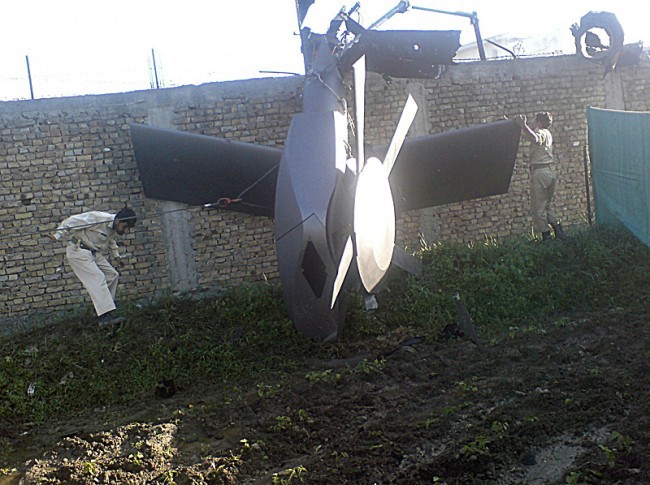 The recent photos of the mystery low-observable/stealth helicopter’s intact tail boom and rotor wreckage left at the scene of U.S. Naval NSWDG/DEVGRU’s (formerly SEAL Team Six, or ST6) kill operation/raid on Osama Bin Laden’s/Usama Bin Laden’s (OBL/UBL) “compound” has provided much fodder for speculation as to what kind of helicoper it’s from, but the prevailing wisdom is that it’s a highly-modified Sikorsky MH-60M Black Hawk helicopter with low-observable (LO)/stealth features specifically designed and/developed for U.S. military Special Operations Forces (SOF) missions. The low-observability/stealth mods made to the aircraft include, but are not necessarily limited to: 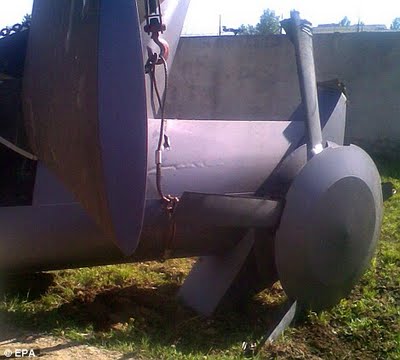 While a stealth MH-60 series Black Hawk helicopter is interesting, DefenseReview (DR) is curious as to whether or not the Special Operations (SPECOPS) community and Sikorsky have also developed an even more advanced compound heliocopter version of the aircraft (like a stealthified Sikorsky/Piasecki X-49A Speedhawk compound helicopter, for example), or one that incorporates and employs NOTAR anti-torque system technology, which would presumably obviate/negate the need for a stealthified tail rotor. The Sikorsky/Piasecki X-49A Speedkhawk compound helicopter, which utilizes a Sikorsky YSH-60F Seahawk helicopter as the base airframe, can fly over 200 mph, and utilizes a vectored-thrust ducted propellor (VTDP) system, instead of NOTAR. Remember, the faster you are, the more survivable (i.e., harder to kill) you are.

It would seem logical that the Boeing (MH-47G?) Chinook helicopters that were used in the OBL/UBL kill op/raid were also stealthified to some degree, but that’s purely speculation on Defense Review’s part. The Boeing MH-47G Chinook dual-rotor helicopter is a highly-modified/updated/upgraded version of the Boeing CH-47D/F Chinook transport helicopter.

While the DEVGRU assaulters/operators did a nice job of destroying the main fuselage of the downed helo, the intact tail boom and rotar section/wreckage arguably constitutes a major OPSEC (Operational Security) problem, as it provides the world, including our enemies, with evidence of what was no-doubt a classified low-observable helicopter’s existence, as well as some rather obvious visual clues as to how the helo achieves it’s low-observable effect–that is unless it was deliberately left behindfor intimidation effect (unlikely) or to misdirect them as to the U.S. military’s actual low-observability/stealth technology/capabilities (also unlikely). Did the DEVGRU operators not have enough explosives to finish the job? Did they run out of time? Or, did they purposely leave the intact portion of the helo behind for the purpose of misdirection? Regardless, the mission debrief and/or AAR (After Action Report) must have been pretty interesting. If leaving the intact tail boom and rotor was indeed unintentional, it was a fairly high OPSEC price to pay, even for killing Bin Laden.

If anyone out there has additional (credible) information on the U.S. military Special Operations (SPECOPS) mystery stealth helo or related projects/programs, we would very much like to hear from you via email. You can reach DR via email at defrev (at) gmail (dot) com.

David Crane started publishing online in 2001. Since that time, governments, military organizations, Special Operators (i.e. professional trigger pullers), agencies, and civilian tactical shooters the world over have come to depend on Defense Review as the authoritative source of news and information on "the latest and greatest" in the field of military defense and tactical technology and hardware, including tactical firearms, ammunition, equipment, gear, and training.
Previous Tiger Stripe Products (TSP) Develops and Introduces All Terrain Tiger (ATT) Multi-Environment/Multi-Terrain Combat Camouflage (Camo) Pattern for Tactical Operations
Next Hyde Definition PenCott Multi-Environment Camouflage Patterns (PenCott-GreenZone, PenCott-Badlands, and PenCott-Standstorm) Go into Production: Digital Combat/Tactical Camo for the 21st Century!