DefenseReview has been publishing information on advanced armed/weaponized mobile combat/tactical robots/UGVs (air and ground robots/UGVs) and unarmed/non-weaponized mobile reconnaissance, surveillance, and detection robots for awhile now. Tactical robotics is one of our focus areas, so we were pleased to run into the folks at ReconRobotics, Inc. (also written "Recon Robotics, Inc.") at SHOT Show 2009, particularly since we recognized one of their new employees, Mr. Ernest Langdon a.k.a. Ernie Langdon, formerly of Smith & Wesson (S&W). Until recently, Ernie was Smith & Wesson’s director of federal law enforcement and military sales, but is now ReconRobotics’ military sales director. So, he’s basically doing the same thing for a Mil/LE tactical robotics company instead of a tactical firearms company.

Anyway, the specific unit that interested us at the booth was the Recon Scout IR, which is basically a small, manpackable and throwable mini tactical reconnaissance, surveillance, and detection robot/UGV a.k.a. tactical recon robot with thermal/IR (Infrared) imaging and video broadcast capability. The Recon Scout IR tactical robot is designed to… 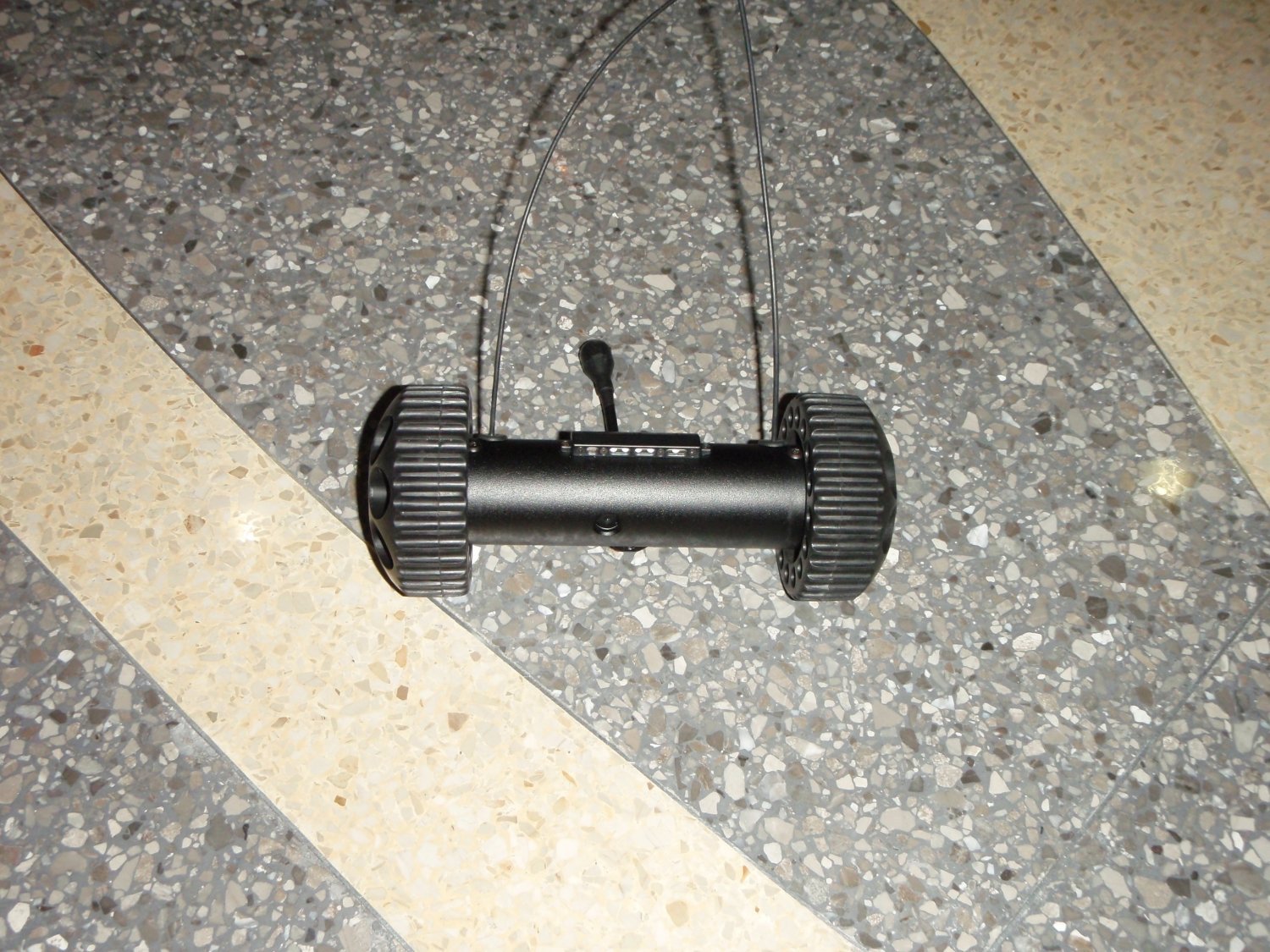 provide a military infantry unit (including military Special Operations units) or LE SWAT team a.k.a. tactical team  "know before you go" / "see them before they see you" capability, i.e. to allow the good guys to get eyes on the bad guys before the bad guys get eyes on them, even during nighttime and/or under adverse-weather conditions. Tactical situational awareness is the name of the game, here, and the Recon Scout IR is specifically designed to provide it in as small, lightweight, rugged, and utilitarian a package as possible.  Take it anywhere, use it anywhere.  That’s the goal.

The Recon Scout IR’s live video feed is broadcast back to the operator’s appropriately-named Operator Control Unit (OCU), which looks a bit like a tactical radio/walkie-talkie. The operator can thus see everything the robot sees via the OCU’s video screen, and can precisely control the robot’s movements by manipulating the OCU’s joystick with his thumb. The robot’s live video feed can also be simultaneously broadcast to a Command Monitoring Station (CMS). Just like the OCU allows the robot’s operator to see everything the robot sees, the CMS allows the ground commander/command-and-control team to see everything the robot’s operator is seeing at 640×480-pixel resolution, in real time. DefenseReview doesn’t yet know the Recon Scout IR mobile tactical recon robot’s broadcast distance, but we’ll try to find out and update this article accordingly. 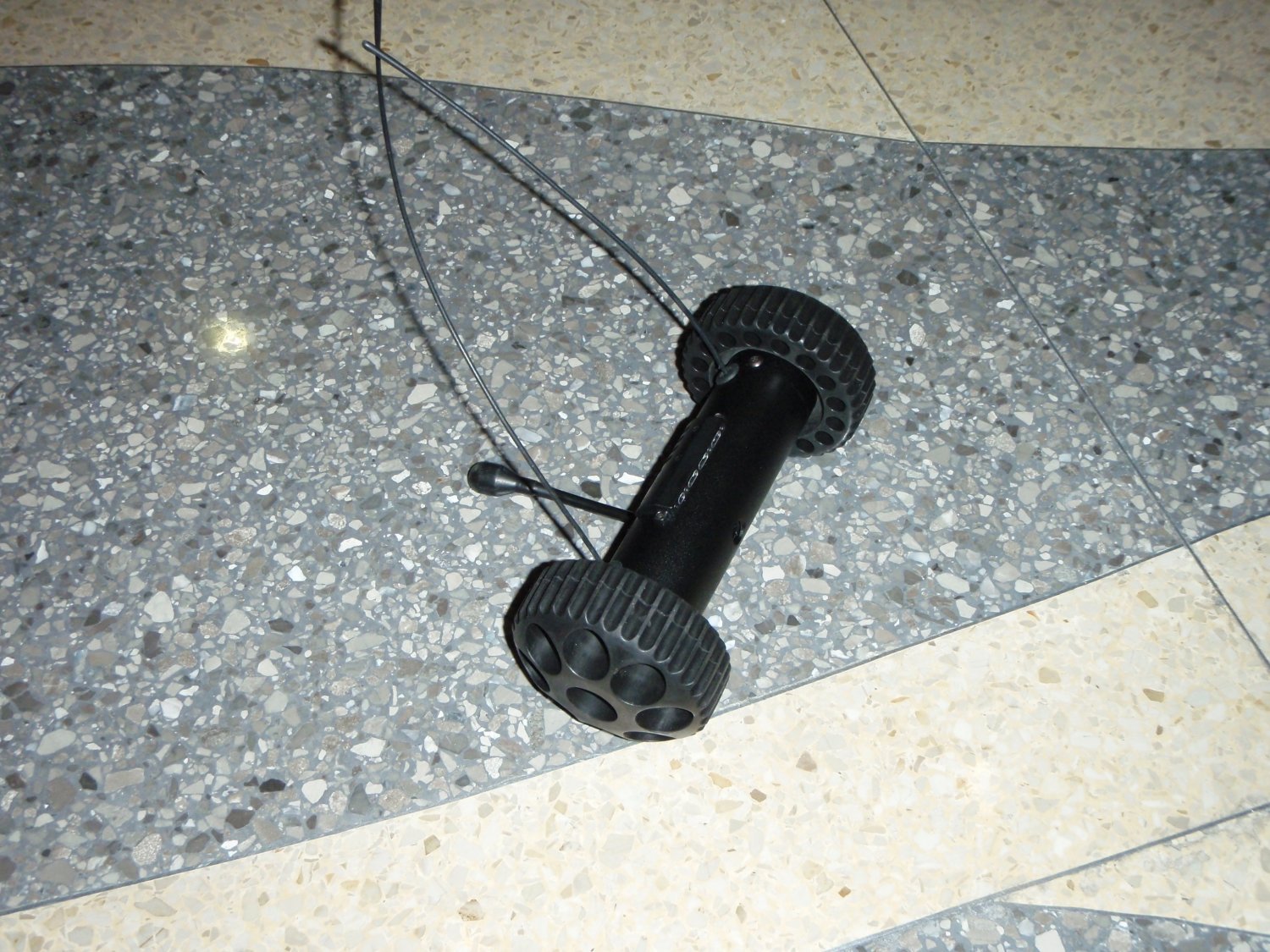 DefenseReview got the opportunity to operate the Recon Scout IR tactical recon bot at the Recon Robotics booth, and it was a piece of cake. Joystick control was easy and intuitive, so we were able to get the hang of controling all aspects of the robot’s movement very quickly, including forward backward, and right and left spinning movements. DefRev was impressed with the Recon Scout IR’s relatively small size, coupled with it’s throwable, rugged, and intuitive-controllability aspects. According to the ReconRobotics personnel we spoke with at the booth, the Recon Scout IR can take a significant amount of abuse and keep on ticking, to use a Timex analogy.

Unfortunately, the Recon Scout IR doesn’t broadcast/transmit audio at present. Defense Review found this out while questioning the Recon Robotics staff about the system’s capabilities. We had assumed that it did provide live audio, since it just seemed logical that it would. However, we then noticed that the Recon Scout IR tactical bot and the Operator Control Unit each had two antennae, not three. When we asked the ReconRobotics staff about this, they told us that one antennae was for radio control of the robot and the other was for video. "What about audio?", we asked. "We don’t have it, yet", or something to that effect, was the reply. So, we asked the obvious questions "why not?" and "when will you be adding audio?". The answer, as I remember it, was that they will be adding audio to the system ASAP, but they haven’t been able to get audio into the system while remaining within current size, weight, durability, and cost perameters. At least I think that’s what they told us. We’re going to put a call into the company to confirm/verify this, and report back. We will, of course, update this article with what we find out about the tactical audio aspect. 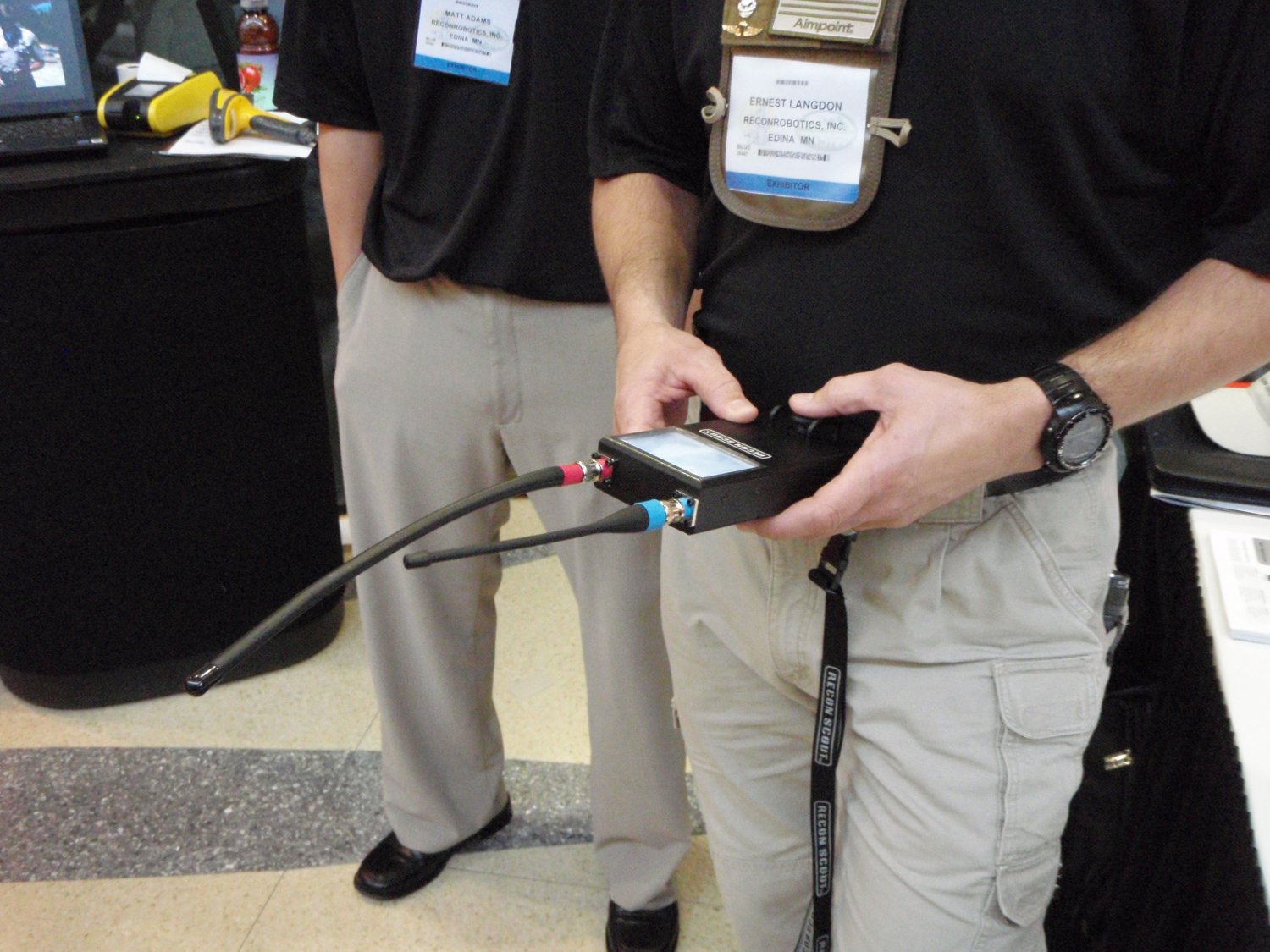 It’s DefenseReview’s opinion that Recon Robotics needs to add audio to their little tactical robotics package, preferably two-way audio, so the operator can also speak to the suspect(s) through the robot, if necessary. Two-way audio may be a non-starter due to the aforementioned size, weight, and cost perameters, so we’ll settle for one-way audio from the robot back to the OCU and CMS. We believe this is a very important feature to have for tactical operators, so they have as much relevant intel as possible in order to make the best tactical decisions possible.

The following is the tactical applications list for the man-packable Recon Scout IR mini mobile tactical reconnaissance robot, according to ReconRobotics: 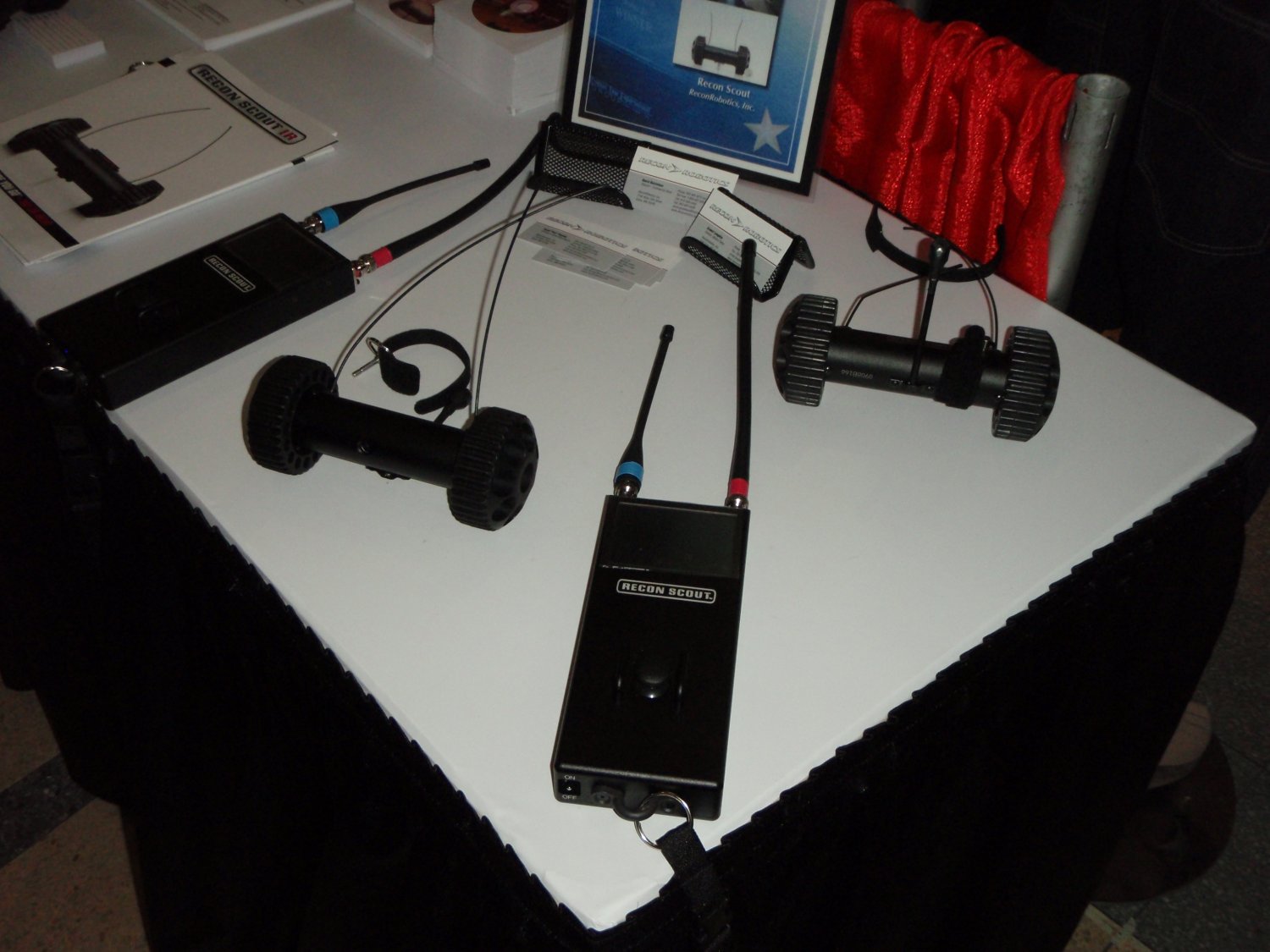 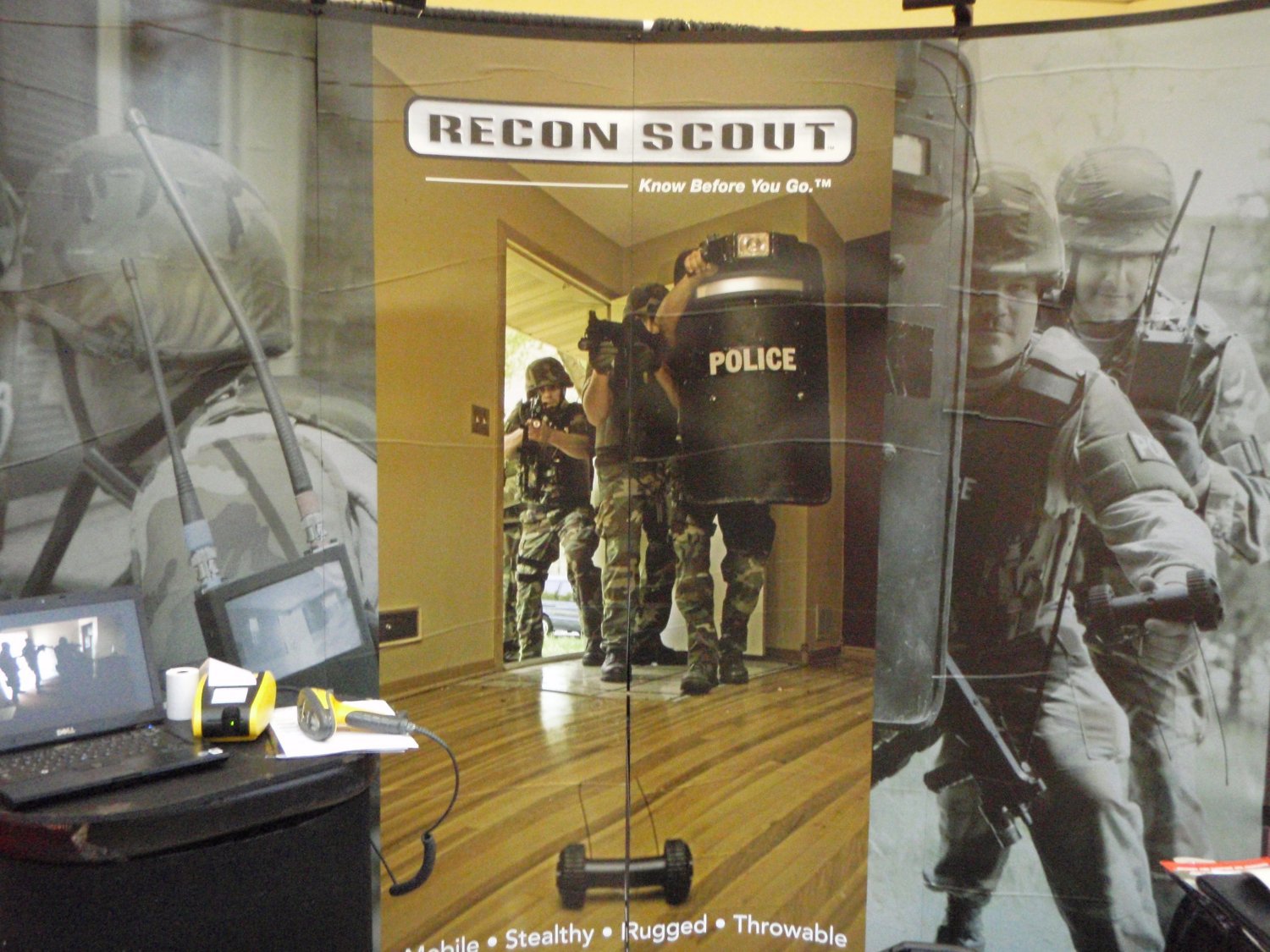 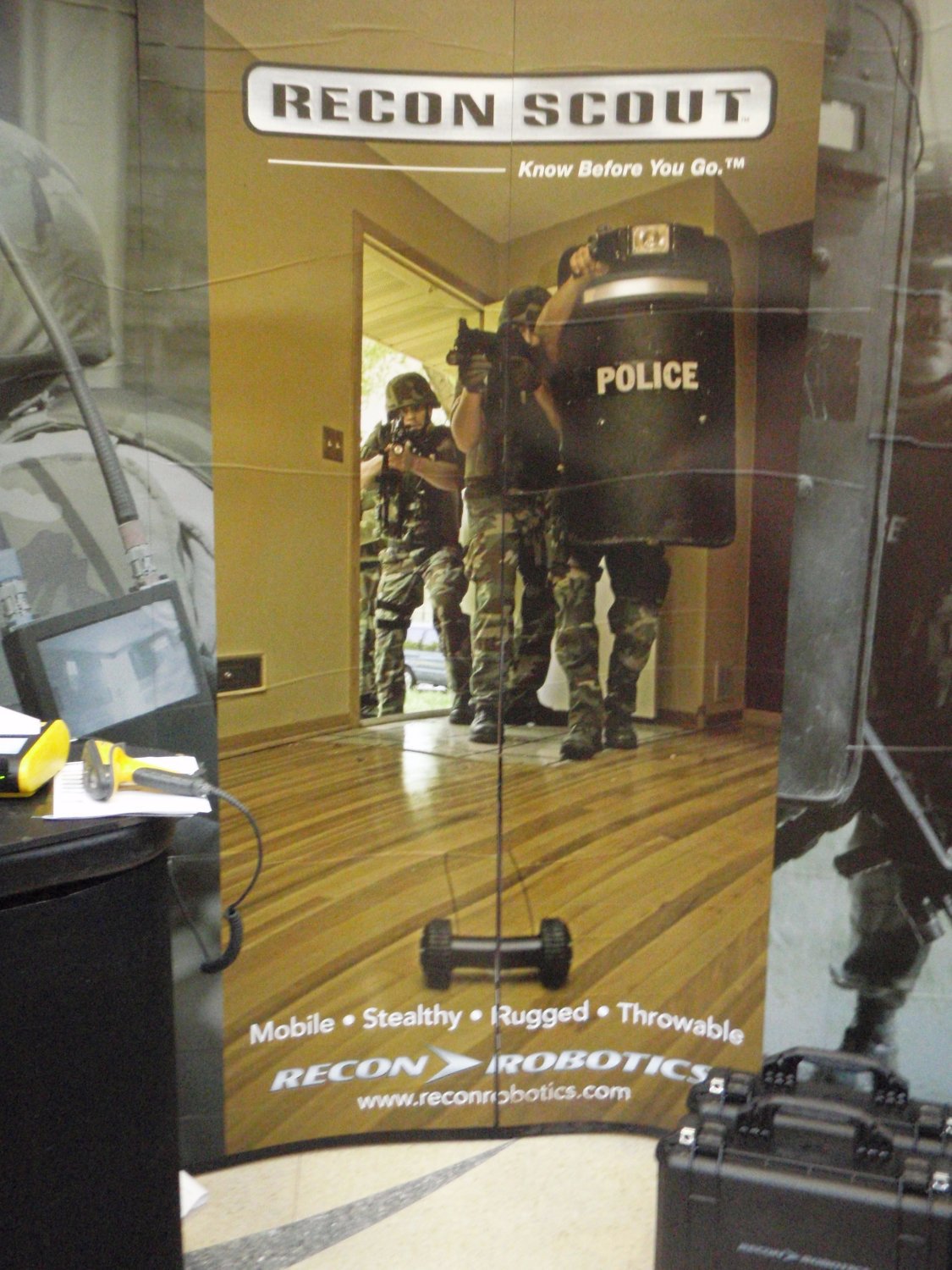