All digital photos contained in this article were taken by, and are the exclusive property of, DefenseReview.com.

Every good shooter that I know (whether they’re a professional tactical operator, a tactical shooting instructor, a competitive shooter, or a civilian CCW) engages in dry-fire practice to keep their shooting skills sharp–and even enhance their skills. Well, an Israeli company called Rovatec has brought dry fire practice up to a whole new level and right into the 21st century with the Bullite Training System.
The Bullite dry-fire training system incorporates a laser unit that fits into the chamber of any firearm (pistols, shotguns, and assault rifles) and a series of reflective and programmable interactive multi-cell targets that combine to provide the shooter with instant feedback. Basically, the system lets him/her know whether or not he/she has achieved a hit or a miss.
Here’s how it works:… 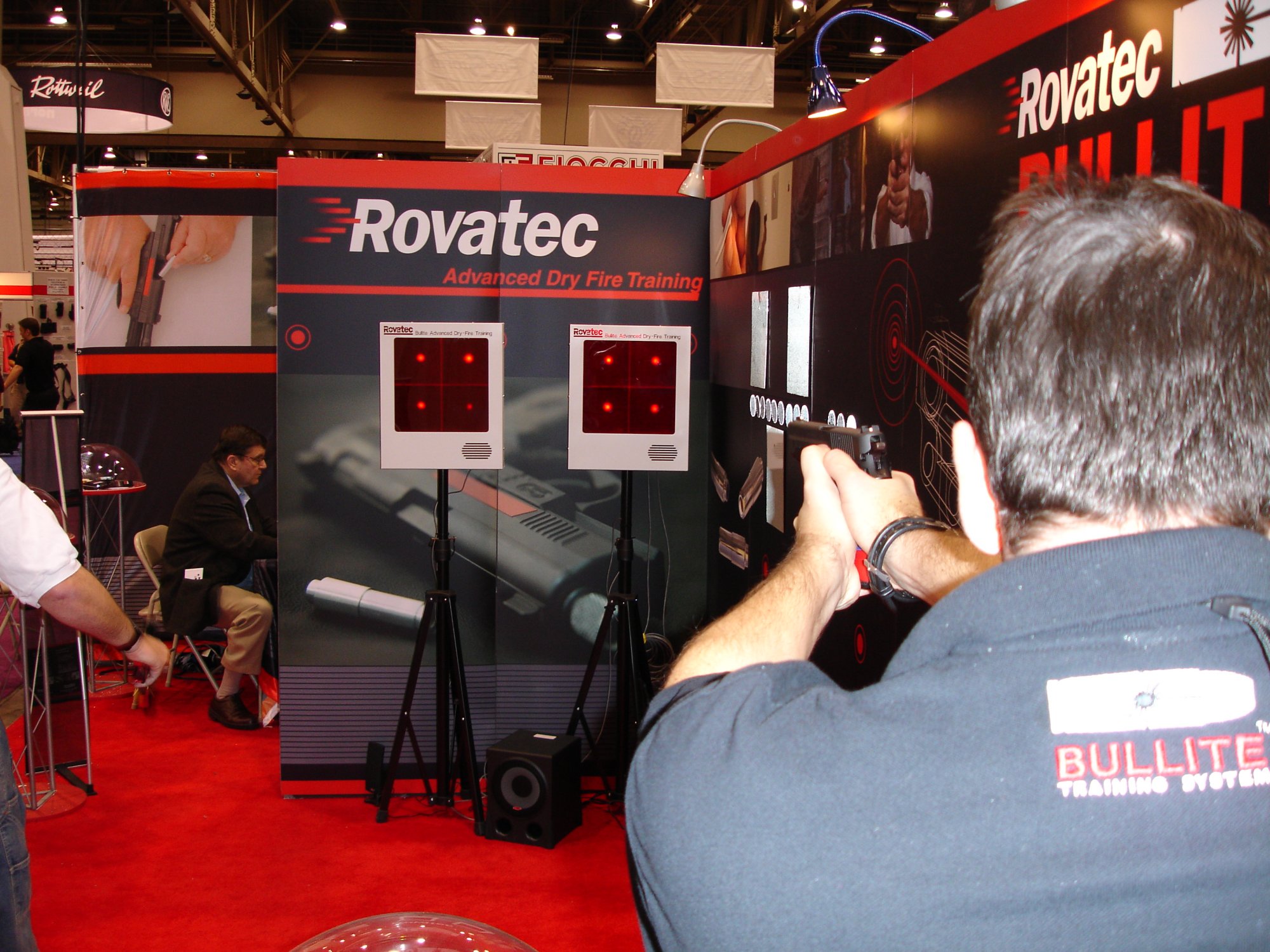 When the shooter pulls the trigger, the laser unit is activated by the weapon’s firing pin and emits a point-of-impact laser pulse wherever the weapon is aimed. According to Rovatec, the Bullite system’s laser pulse is easily visible in bright daylight, even at distances of in excess of 50 yards. The system can be used both indoors and outdoors. It’s important to note that the Bullite doesn’t alter any of the weapon’s physical attributes or affect draw time in any way.

DefenseReview got to test the Rovatec system at SHOT Show 2005, and came away very impressed with it. One of the Rovatec instructors spent a generous amount of time guiding us through some shooting drills. Not only were the benefits of the system immediately apparent, but it was also a lot of fun. We especially enjoyed the ineractive multi-cell targets. The Bullite is a neat system, and, in our opinion, represents a significant improvement over traditional dry-fire practice. DefRev looks forward to purchasing our very own Bullite Training System, soon. We can’t give a better recommendation than that.

If you’d like to acquire your very own Bullite Training System to sharpen or enhance your tactical shooting skills, you can contact Rovatec’s U.S. headquarters by phone at 301-681-4441, or toll free at 1-800-506-1252. The phone number for Rovatec in Israel is +972-2-624-3467. You can also contact Rovatec via email at [email protected].  Call for pricing.
Rovatec Contacts: 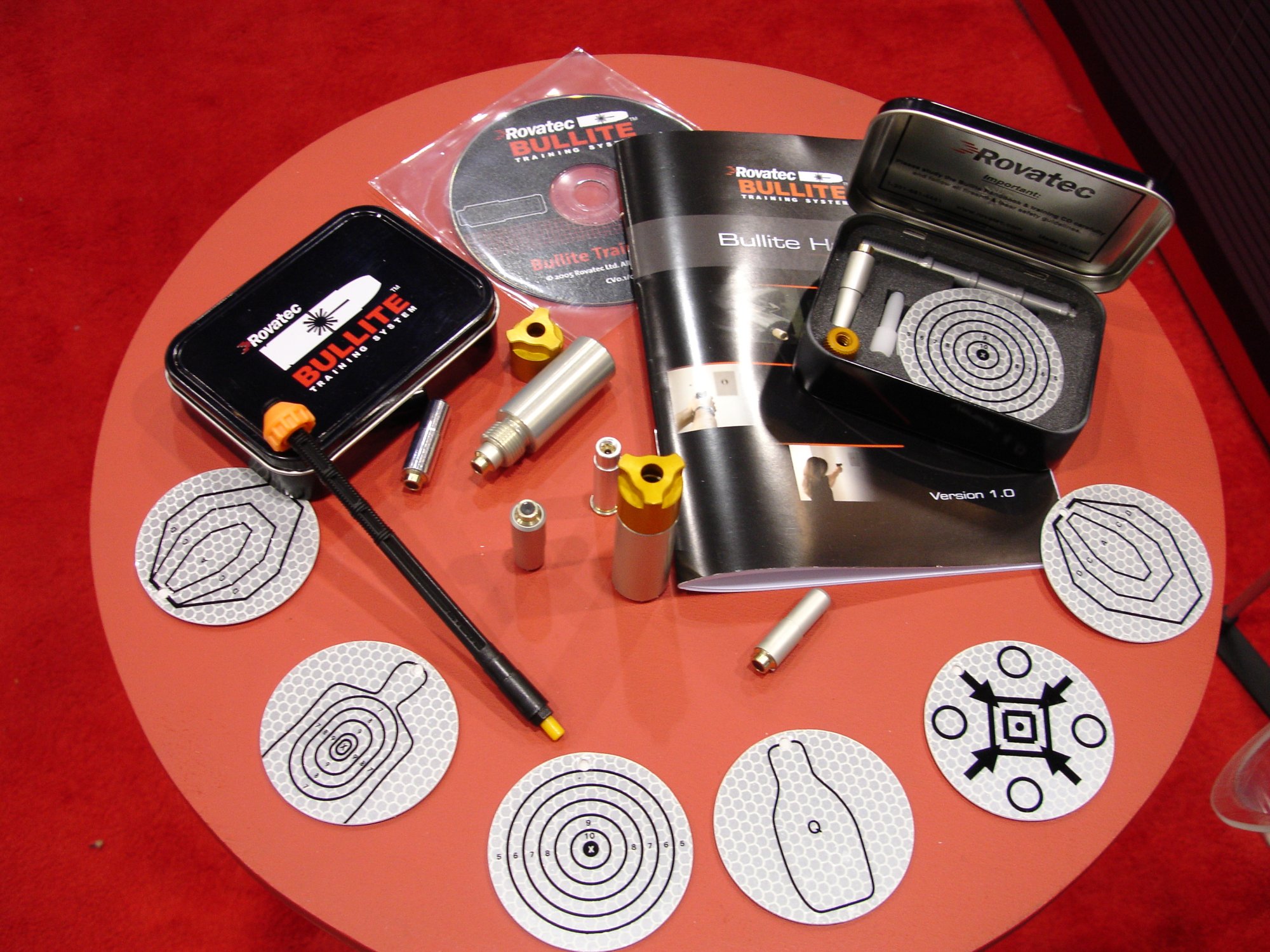 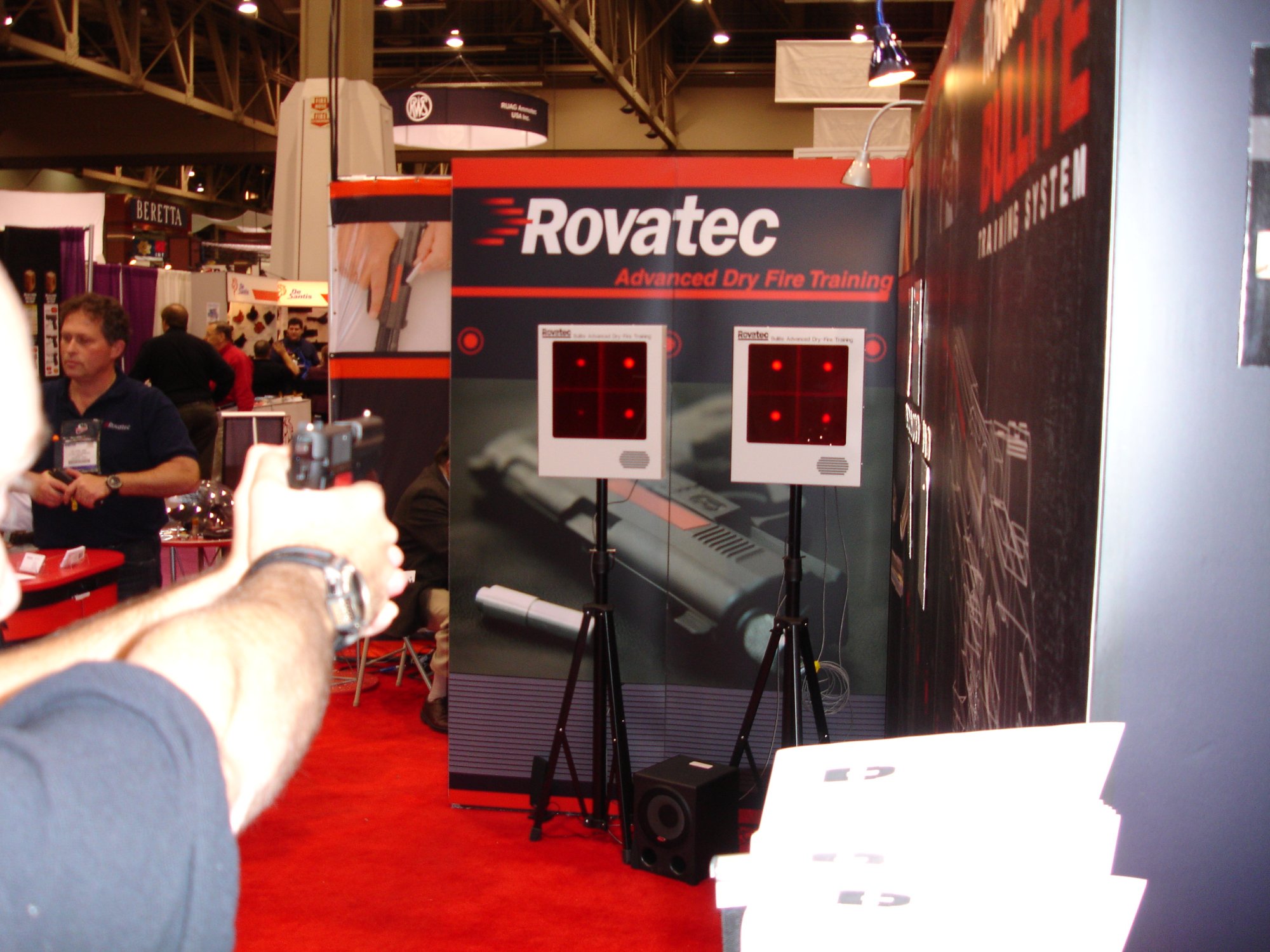 David Crane started publishing online in 2001. Since that time, governments, military organizations, Special Operators (i.e. professional trigger pullers), agencies, and civilian tactical shooters the world over have come to depend on Defense Review as the authoritative source of news and information on "the latest and greatest" in the field of military defense and tactical technology and hardware, including tactical firearms, ammunition, equipment, gear, and training.
Previous SHOT Show Pics: Gemtech Sound and Signature Suppressors for Tactical Small Arms
Next Army Field Tests Lightweight, Flexible Solar Panels: Solar Powered Soldiers?