DefenseReview (DR) has been publishing information on Spike’s Tactical products for a little while, now. Spike’s is a small company out of Apopka, Florida that puts together some nice select-fire and semi-auto-only tactical AR (AR15) carbine and SBR (Short Barreled Rifle) packages in various calibers. One of their latest tactical weapons packages is the Spike’s Tactical Biohazard EDW (Enhanced Defensive Weapon) 6.8 SPC (6.8x43mm SPC) Tactical 7.5″ AR SBR, which was the cover gun for the August 2010 issue of Special Weapons for Military & Police (SWMP). 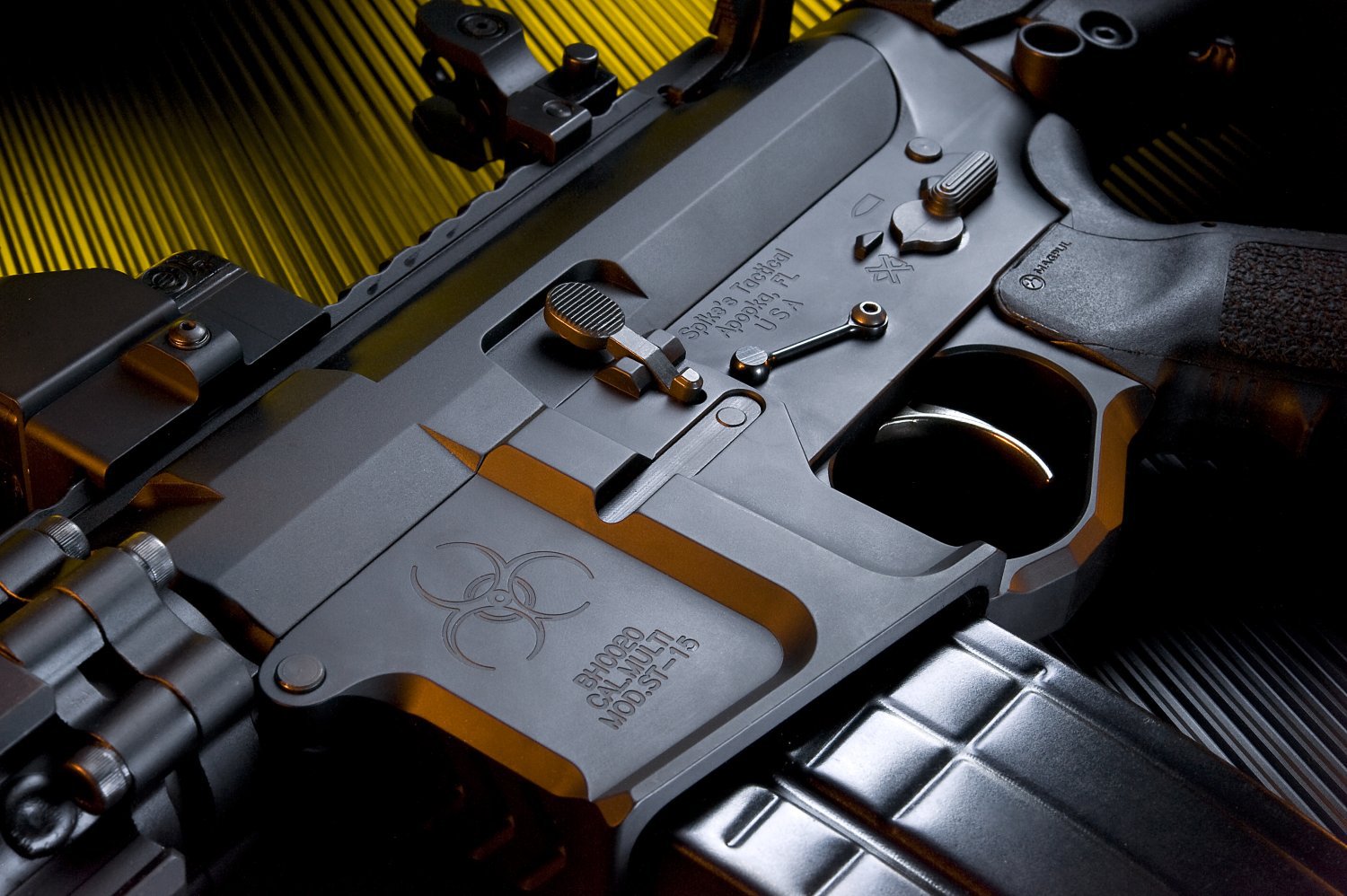 The Spike’s Tactical Biohazard EDW 6.8 SPC AR SBR sports an aluminum billet lower receiver and a 7.5″ barrel, which is the de-rigueur barrel-length for 6.8 SPC shorties, these days. Defense Review has a theory that 8.75″ may actually be the barrel-length sweet spot for a 6.8 SPC shorty with regard to the balancing act between ultra-concealability and velocity, range, and lethality, but we haven’t tested that theory, yet. We question the need to go below 8″ for the barrel length, even when concealability is of primary importance–but 7.5 inches looks cool. The Biohazard EDW SBR also feature’s Spike’s new S.T.A.B. (Spike’s Tactical Adjustable Break) muzzle device. “STAB”…catchy…and violent, two things we like around here. Anyway, the STAB muzzle device is reported to reduce felt recoil. It also allows the shooter/user to adjust the gas pressure (backpressure). You can dial in the precise gas pressure (or gas backpressure, rather) for optimum weapon cycling with various ammo types. You can reportedly also use the STAB to adjust the weapons cyclic rate of fire (ROF) if you’re running a select-fire/full-auto lower. DR assumes the Biohazard EDW 6.8 SPC package is available as a complete upper assembly, as well. It would also seem logical for Spike’s to offer additional barrel lengths, including carbine-length barrels out to 16” inches. 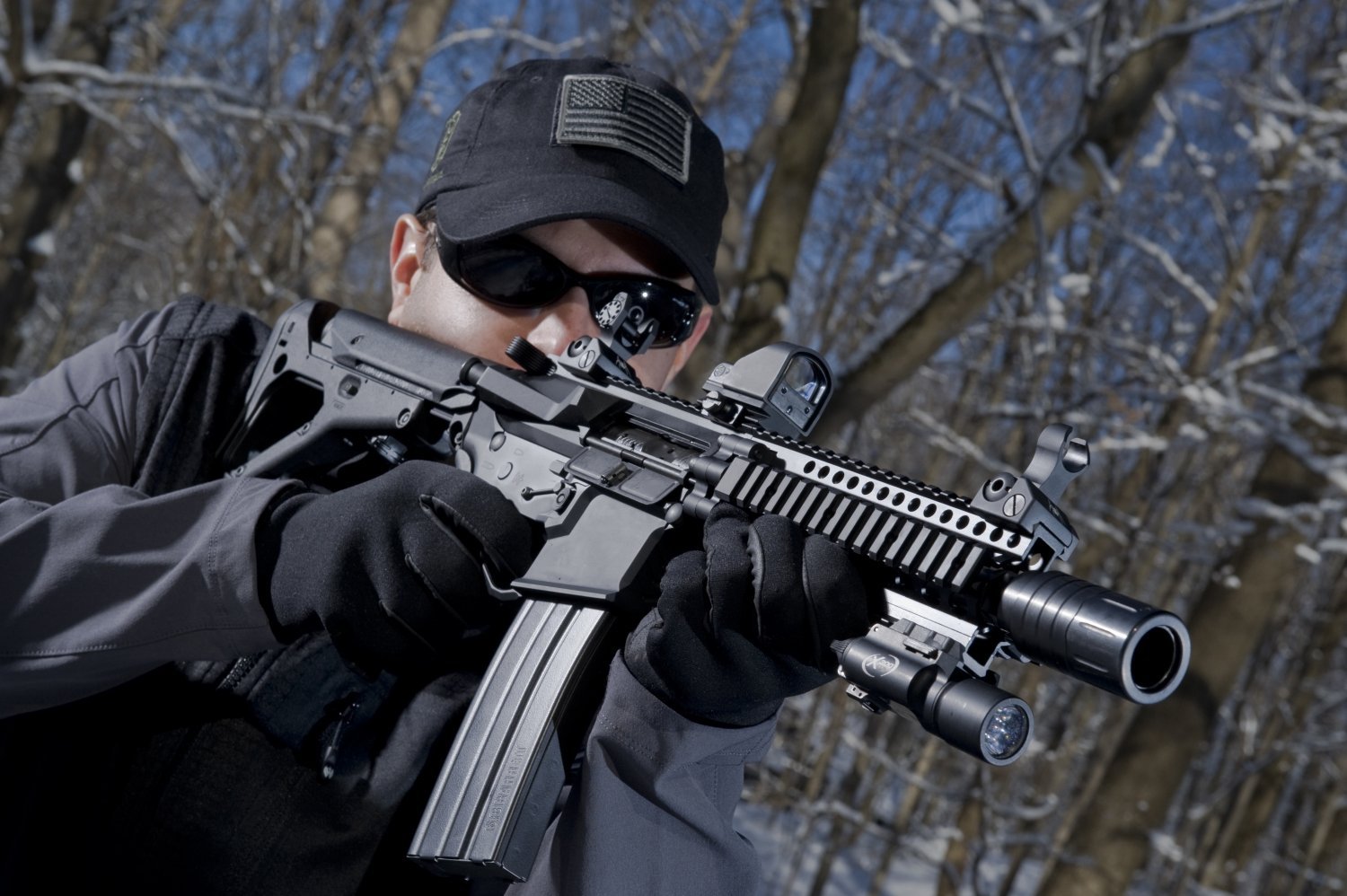 By the way, Spike’s is now manufacturing their own “BAR” rail system (we don’t know what that stands for, yet), which will allow them to offer the EDW package at a better/lower price. Previously, they were using a Daniel Defense (DD) rail on it, due to the fact that DD manufactures excellent rail systems. DR plans to talk with Tom Miller, Spike’s resident “gun geek guru” and “master of all things metal”, about the EDW, when he’s available. 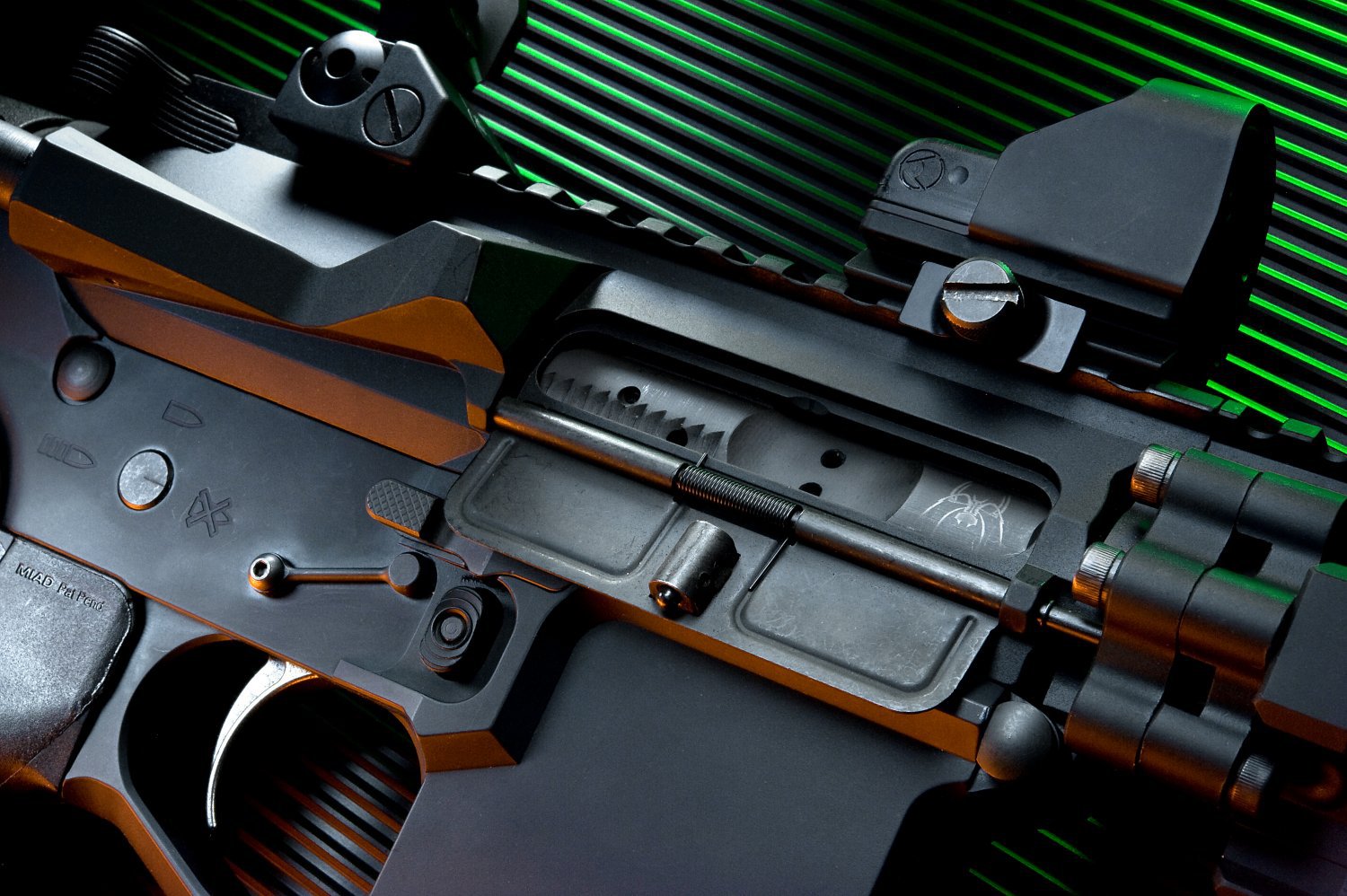 DefenseReview just spoke with Spike, the company’s owner, and he told us that Spike’s basically just tries to “offer the best gun at the best price” and treat the customer the way he’d want to be treated as a customer. DR likes both philosophies, and we like Spike’s Tactical as a company. They’re a relatively small outfit out of Florida dedicated to making good guns, and their guns are worth a look.

Spike’s also likes and recommends Silver State Armory (SSA) 6.8 SPC ammo, and Defense Review concurs that SSA makes good ammo. When we spoke with Spike, we mentioned that a tactical AR carbine/SBR package in 6.5 Grendel might be interesting, as it’s perhaps the best/most versatile all-around compromise cartridge for doing battle out to 800-1000 yards. It’s got good terminal ballistics/lethality from CQB/CQC (Close Quarters Battle/Close Quarters Combat) through medium range, and on out to long range. In fact, while we here at DR are big fans of the 6.8 SPC cartridge, and we therefore also have an interest in the potential viability of the 6.8 Kramer Urban Combat Cartridge (UCC), if one had to go to just one round for all combat applications out to 800-1000 yards, the 6.5 Grendel might be the best way to go, strictly from a performance perspective. Spike’s counter was that the availablility of 6.5 Grendel ammo is significantly more limited right now than 6.8 SPC ammo, and he’s got a point there. 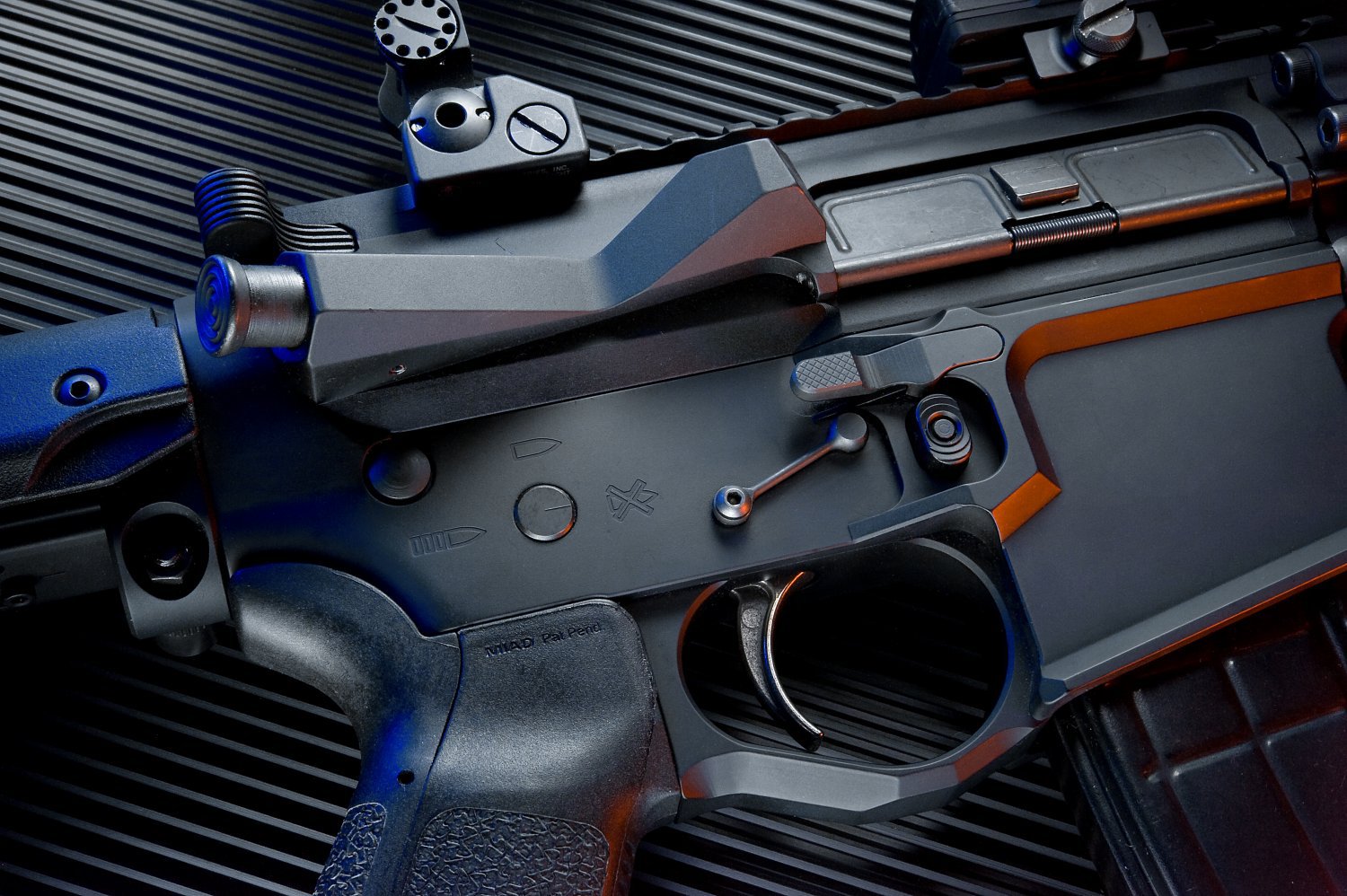 DefenseReview will be updating this article with photos of the Spike’s Tactical Biohazard EDW 6.8 SPC weapons package as soon as possible.

Editor’s Note: When I got put on-hold for a few minutes while waiting to speak with people at Spikes, I got to listen to some pretty good 1970’s rock music like “More than a Feeling” by Boston and “Lady” by Styx. As I was listening to it, I couldn’t help thinking about how much better rock music used to be, compared to now. It would appear that rock n’ roll’s best days are definitely behind us. Lester Bangs was right.