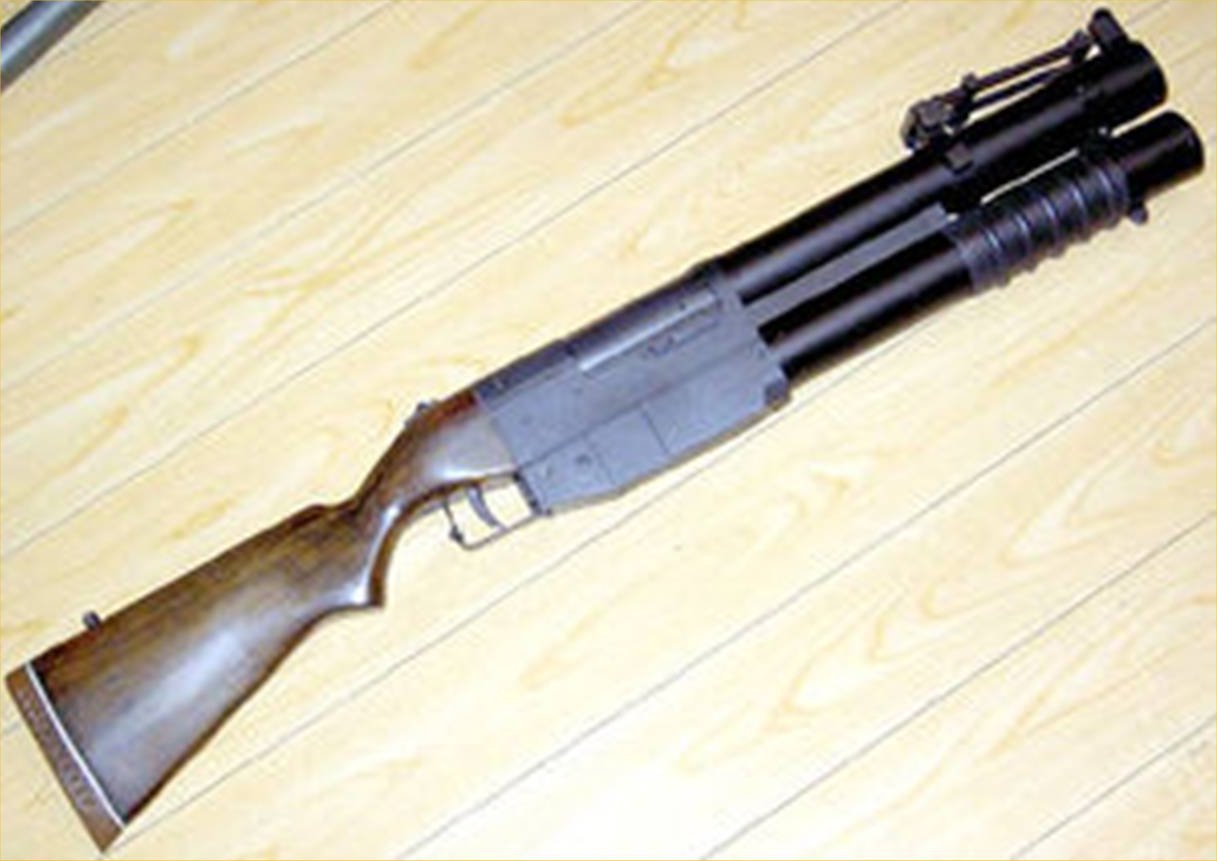 When Defense Review spoke by phone with Dennis Carroll of Airtonic USA, we recommended that they investigate making a magazine-fed version of the China Lake 40mm pump-action grenade launcher system, since it would make the weapon faster to reload and simultaneously bring the weight back towards the shooter, since all the rounds would be in the magazine vs. lined up in the tube going all the way out to the muzzle. A mag-fed version might also allow the weapon to carry one or two extra rounds, giving it a 4+1 or 5+1 ammo capacity. The two disadvantages of a mag-fed grenade-launcher shotgun are 1) that it would negate the ability of the operator to conduct single-round tactical reloads on the move, and 2) it would make shooting from the prone position more difficult, because you’d have a box magazine sticking out the bottom of the weapon. So, while a box magazine-fed version might be a nice complement to the tube magazine-fed version, DefenseReview isn’t recommending replacing the current tube magazine version altogether.

The Airtronic USA China Lake 40mm pump grenade launcher system is designed to fire the 40x46mm low-impulse / low-velocity grenade round. Defense Review doesn’t know whether or not it can handle the MEI HELLHOUND low-velocity high-fragmentation/high explosive (HE) enhanced-lethality 40mm grenade round or MEI Mercury medium-impulse / medium-velocity enhanced-lethality HE 40mm grenade round made by Martin Electronics, Inc. (MEI), because we forgot to ask Mr. Carroll about this.

It should be noted that the Airtronic pump multiple grenade launcher can also fire 40x40mm less-lethal grenades, and can carry 4+1 rounds of this ammo vs. 3+1 rounds of the 40x46mm ammo.

Editor’s Note: The Russians have their own 4-shot (3+1) pump-action multi-shot grenade launcher, albeit in 43mm, called the GM-94.  The GM-94 MGL was developed for Russian Special Forces / Special Operations Forces like Spetsnaz and Russian security services like FSB (Federal Security Service) and MVD (Internal Affairs Ministry).