While DefenseReview was exploring the SureFire, LLC booth at SHOT Show 2008, we ran into Don Alexander of SHD Consulting, Inc., who was nice enough to take a couple of minutes to show us a SureFire Open-Prong Flash Hider/Suppressor Adaptor (sound suppressor adaptor) for 5.56x45mm NATO (5.56mm NATO) / .223 Rem. tactical weapons, including tactical AR-15/M16 rifles, carbines and SBR/subcarbines.

The latest SureFire Open-Prong Flash Hiders (a.k.a. flash suppressors) were designed and developed by B.E. Meyers for use with that company’s advanced night-vision weapons sights and NODs (Night Observation Devices) / night vision equipment, but SureFire is… 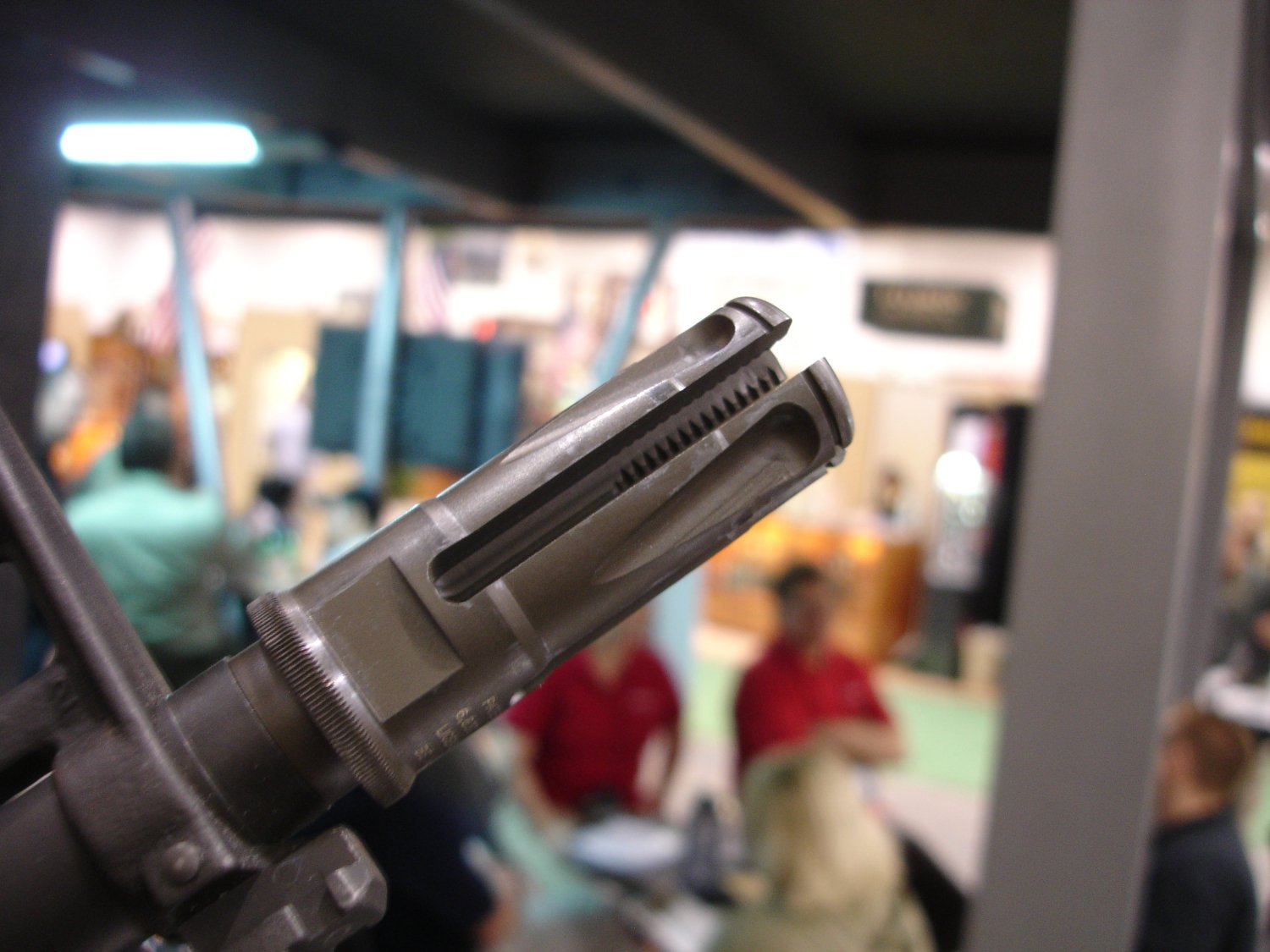 This strategic teaming would appear to be a wise move by SureFire, since B.E. Meyers flash hiders/suppressors are generally considered to be "shit-hot" (a.k.a. "the shit" a.k.a. awesome) and extremely effective by people in "the community" (tactical community). Defense Review has viewed video footage of a B.E. Meyers "Flash Terminator" being demonstrated in almost complete darkness, and the flash-suppression effect is impressive. In the video, the B.E. Meyers flash hider/suppressor virtually eliminated the weapon’s visual firing signature (i.e. muzzle flash). While it din’t eliminate it completely, it came really close. Impressively close.

High-degree muzzle flash reduction / virtual elimination can be extremely important during night operations a.k.a. nighttime operations, since it not only helps to conceal the shooter’s position, but also prevents the degradation of the shooter’s vision while using NODs and/or night vision weapon sights in conjunction with a daytime weapon sight or scope. 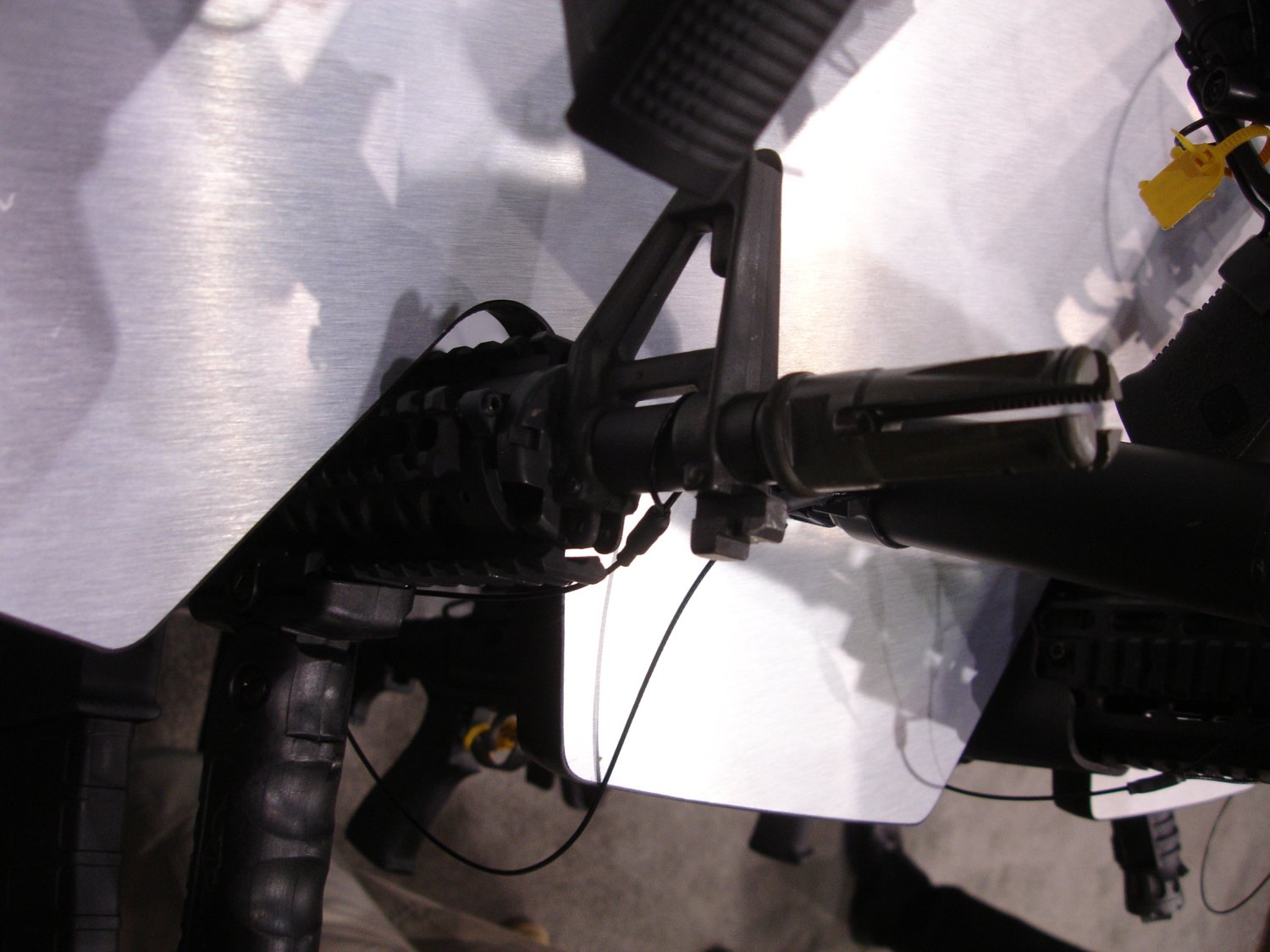 Defense Review hasn’t run a B.E. Meyers / SureFire Flash Hider on a tactical AR carbine or SBR (Short Barreled Rifle) at the range, yet, but we look forward to doing so soon while we’re testing some tactical-config AR uppers (i.e. AR-15/M16 upper receivers). However, before we do that, we’re going to try to get in touch with Barry Dueck, Director of SureFire Suppressor Division, to glean more information about SureFire sound suppressors and flash hiders. 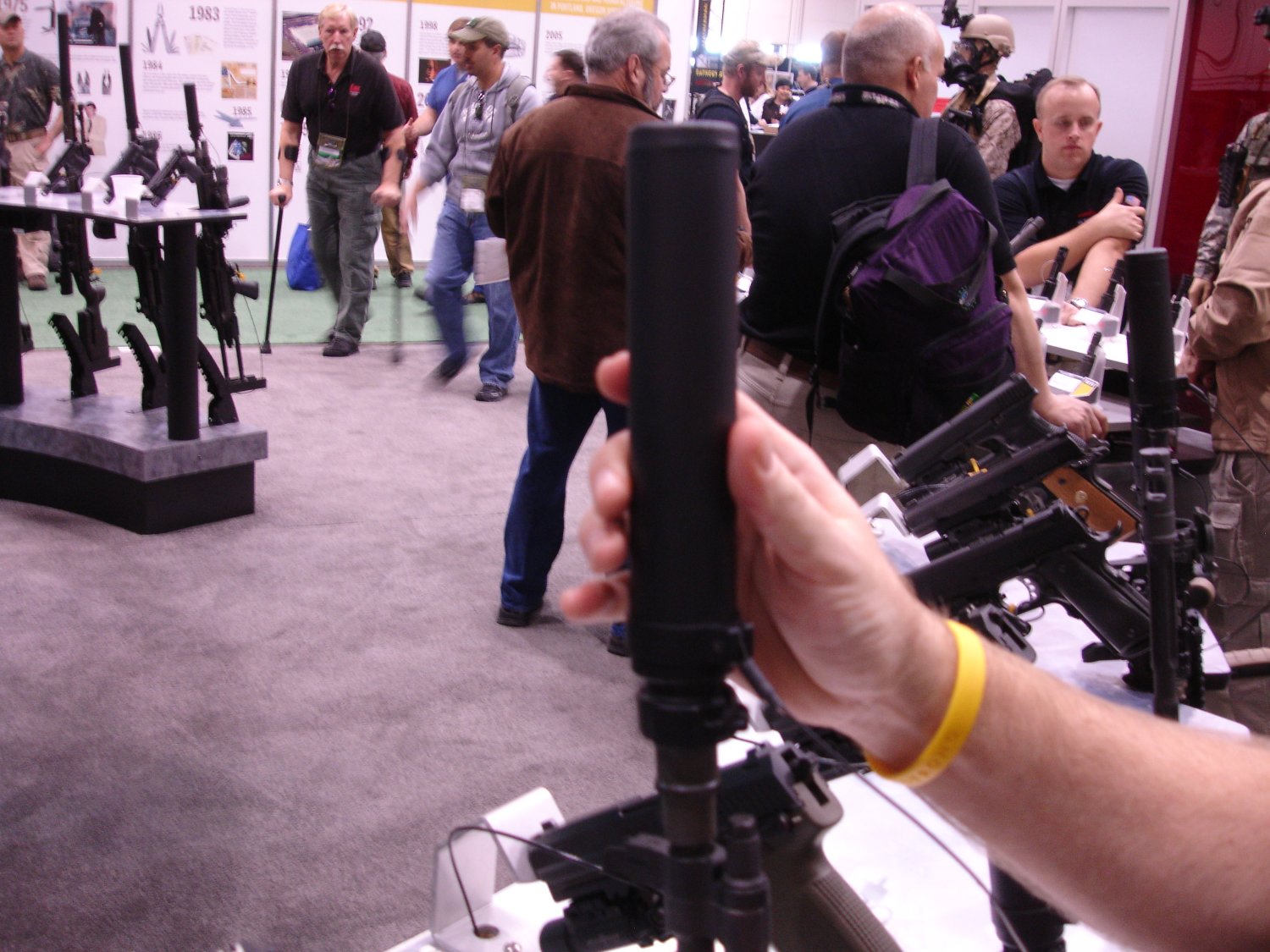 David Crane started publishing online in 2001. Since that time, governments, military organizations, Special Operators (i.e. professional trigger pullers), agencies, and civilian tactical shooters the world over have come to depend on Defense Review as the authoritative source of news and information on "the latest and greatest" in the field of military defense and tactical technology and hardware, including tactical firearms, ammunition, equipment, gear, and training.
Previous VENOM Less-Lethal 40mm Munitions Launcher for Urban Warfare Operations
Next Osprey Defense OPS-416 Gas Piston Conversion for AR-15/M16-Platform Weapons