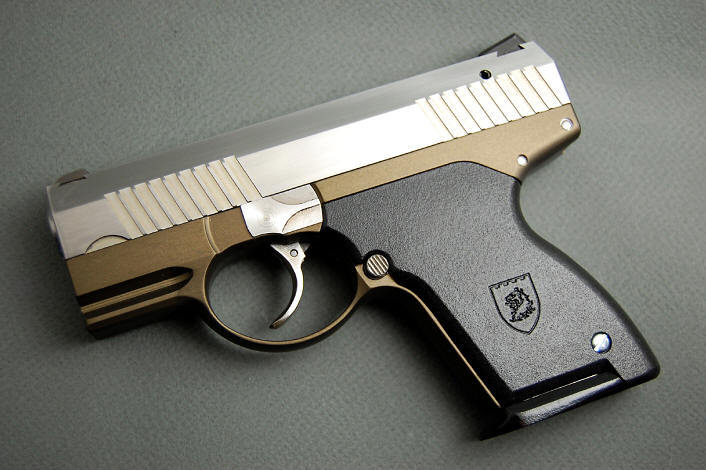 A company called Boberg Engineering has designed and developed a new semi-auto subcompact 9mm (9mm Parabellum a.k.a. 9x19mm NATO) pistol called the Boberg XR9 for concealed carry (CCW) applications. The Boberg XR9 semi-auto subcompact 9mm pistol, billed by the company as “the world’s most powerful 9mm pocket-sized pistol”, is a single-stack pistol with a capacity of 7+1 (7 in the magazine plus 1 in the chamber/”down the pipe).

The XR9’s barrel length is an impressive 4.2 inches (4.2″) giving it a .74″ barrel length advantage over the Glock 26 (G26), even though the XR9’s overall length looks to be approximately .5 inches (.5″) shorter than the G26. The XR9 seems to achieve this long-barrel/short OA length feat by placing the chamber and feeding mechanism relatively far back on the pistol. You can see this OA length difference in an overlay image on Boberg Engineering’s website. The Boberg website also shows overlay comparisons of the XR9 with the Springfield XD9-C (Compact), S&W M&P-C, Kahr PM9, and Kel-Tec PF9 subcompact pistols. 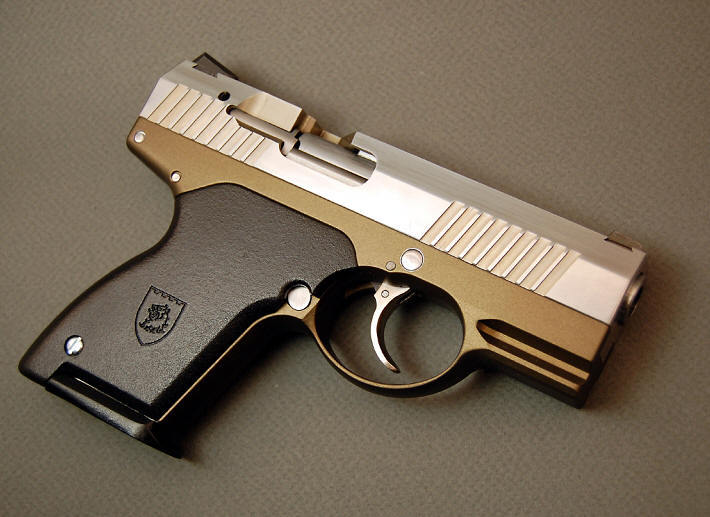 So, how reliable and durable is the Boberg XR9 pistol? DefenseReview doesn’t yet know because we haven’t tested it. The only feedback we’ve received about is so far is from Oleg Volk, who wrote the following to us about it:

The gun (Gen. 8 pistol) is running great with several hundred flawless rounds through it so far. Volk added: I expect to carry one as backup. The recoil reduction vs. [Kahr] PM9 or G26 is worth it.

Regarding the Boberg XR9’s accuracy, so far, we’ve only seen photos of 5-shot groups shot at 15 yards onto paper targets. We presume the groups were shot off-hand. If that’s the case, the Boberg XR9 subcompact pistol would appear to be combat accurate. 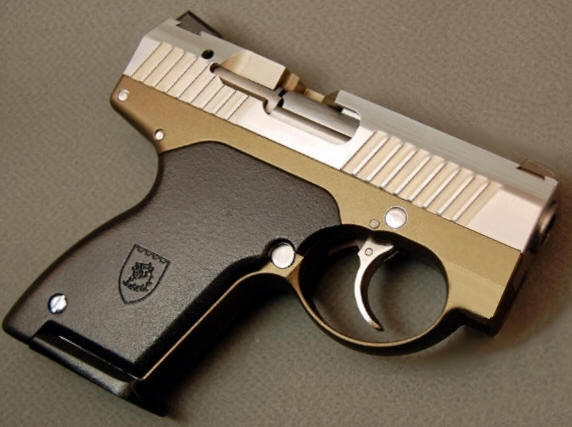 Now, in case the XR9 isn’t compact-enough for you, Boberg has a chopped-down version of the pistol called the Boberg XR9-Shorty (XR9S or XR9-S). The Boberg XR9S is an ultra-compact pistol featuring a 3.3-inch (3.3″) barrel and OA length of 5.0 inches (5.0″). And, in case the Boberg XR9-S utlra-shorty pistol is still not compact enough for you, Boberg Engineering is contemplating developing an even shorter version of the pistol with a 3.1-inch (3.1″) barrel and and OA length of 4.8 inches (4.8″). Boberg claims that “a 3.1” barrel should be able to deliver 460 ft-lbs with Cor-Bon/Glaser Pow’RBall (TM).”

If you’d like to see a bullet-penetration comparison between the Boberg XR9, SIG P226 and Kahr PM9 pistols, click here.

Provided the XR9 and XR9S pistols prove to be reliable, durable, and accurate under high-round count and the pistols are offered at a competitive price point, Boberg Engineering may have a very promising pistol on its hands. DefenseReview would like to see the Boberg XR9 and XR9S pistols offered with a 5.5-pound trigger and a black self-lubricating/self-lubricitous anti-rust/corrosion finish like the IonBond Diamond Black PVD Diamond Like Carbon a.k.a. Black Diamond firearm coating/finish on the slide so that the pistol is all black. There’s another black anti-rust/corrosion finish out there called “Hard Hat” developed by Severns Custom, but we don’t know much about it, including whether or not it’s a self-lubricating coating/finish like Ion Bond Diamond Black.

David Crane started publishing online in 2001. Since that time, governments, military organizations, Special Operators (i.e. professional trigger pullers), agencies, and civilian tactical shooters the world over have come to depend on Defense Review as the authoritative source of news and information on "the latest and greatest" in the field of military defense and tactical technology and hardware, including tactical firearms, ammunition, equipment, gear, and training.
Previous BAE/Vectronix Laser Target Locator Module (LTLM): Thermal/IR Binoculars with Laser Rangefinder for Locating and Targeting the Enemy at Night
Next Ruger SR-556 Gas Piston/Op-Rod AR Carbine User Feedback: Case Extraction Problem and Solution.