All photos of the Cobb MCR Prototype/SCAR candidate weapons accompanying this article were taken by DefenseReview.com and are the property of DefenseReview.com. Click on photos to view them full-size.

DefenseReview was fortunate to get the opportunity to view and handle the Cobb SCAR candidate/MCR (Muli-Caliber Rifle) prototype weapons at Cobb Manufacturing Inc.’s booth at SHOT Show 2005. The Cobb Multi-Caliber Rifle (MCR) Series rifle/carbines were developed specifically in order to compete in the USSOCOM Special Operations Forces Combat Assault Rifle (SCAR/SOFCAR) program. Skip Patel, Cobb’s CEO, told DefenseReview (at SHOT show) that the Cobb MCR prototype/SCAR candidate’s Mil-Std 1913 rail system loosened during the SOCOM SCAR/SOFCAR competition, which resulted in the MCR being disqualified from the test. At that time, the rail system was subcontracted out. Mr. Patel went on to say that this problem has since been rectified, since Cobb started manufacturing their own MCR rail system, in-house. According to Patel, the new Cobb M1913 rail system will not loosen under heavy firing/high round count.

DefenseReview was extremely impressed with the Cobb MCR prototype/SCAR candidate weapons that we viewed and handled. Fit, finish, and overall workmanship looked first rate. Basically, the weapons we saw… 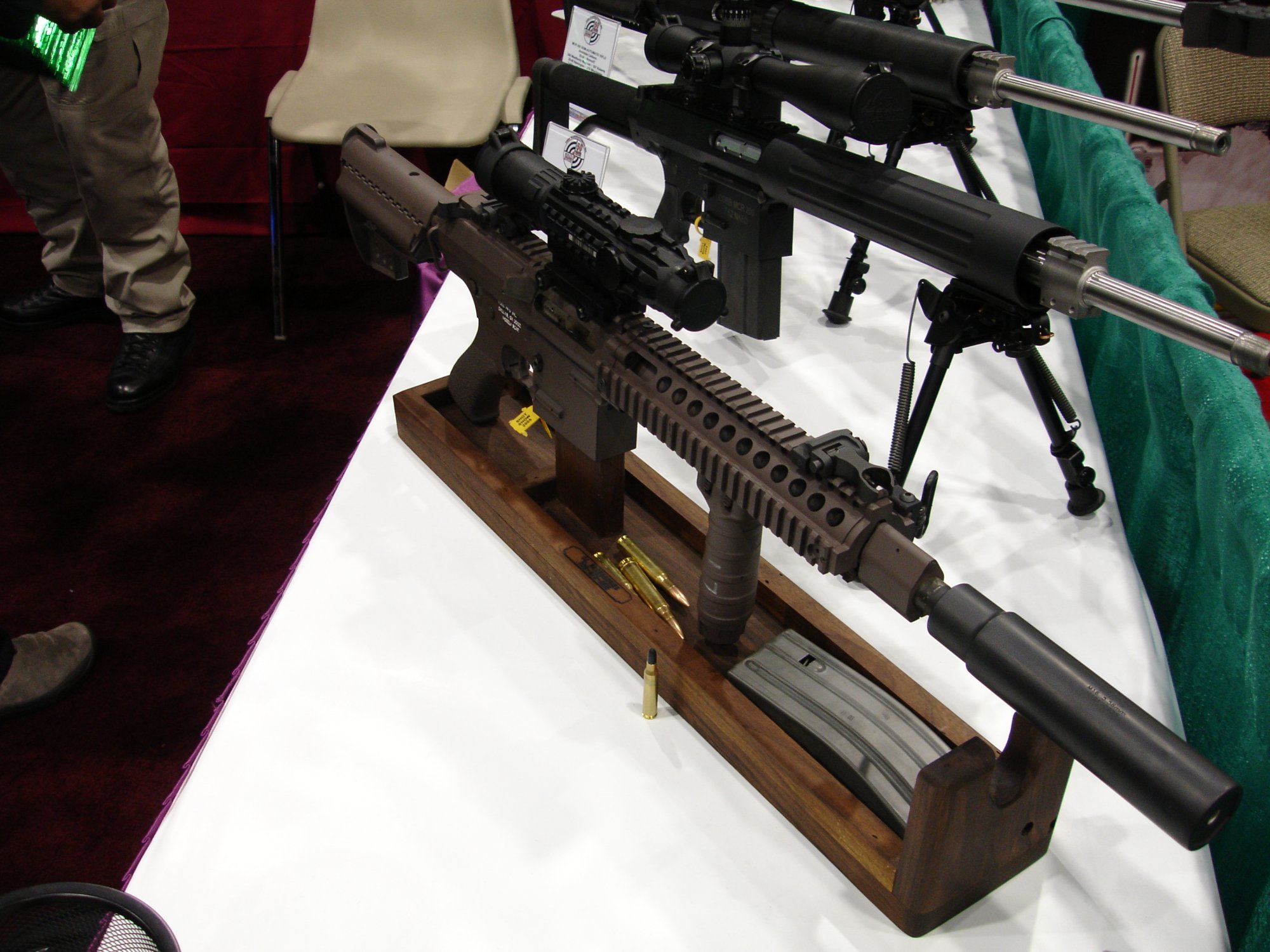 looked to be the proverbial "heat". Rumor has it that a number of active military SPECOPS and LE SWAT/SRT operators stopped by the Cobb booth and also came away impressed with what they saw–and requested weapons for test and evaluation. This information is, as yet, unconfirmed, but we wouldn’t be surprised, based on our experience at the Cobb booth.

Right now, Cobb Manufacturing Inc. is, beyond a doubt, one of the most innovative design and development companies for AR-15/M16-based weapons systems of which DefenseReview is aware. We plan on interviewing Mr. Patel about the MCR Series weapons, soon. We also plan on conducting a T&E of the Cobb MCRs in all calibers, as soon as possible. Gotta’ find out how they run.

If you or your organization are currently looking for an AR-15/M16 based multi-caliber family of weapons for specialized combat applications, DefRev would advise you to take a hard look at the Cobb MCR (Multi-Caliber Rifle) weapons complex. You can contact Cobb Manufacturing Inc. by phone at 770-505-3080, or by email at [email protected]. 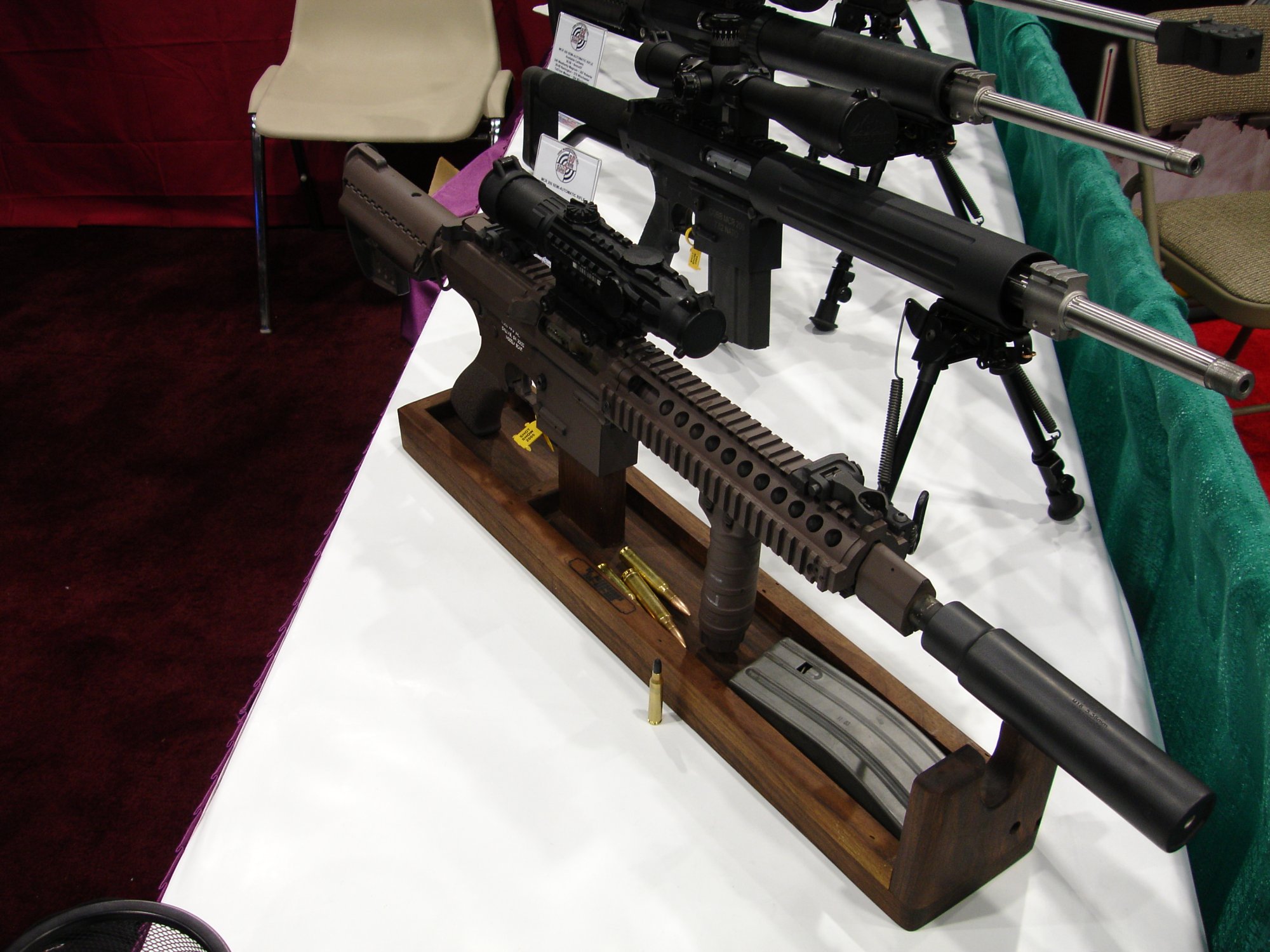 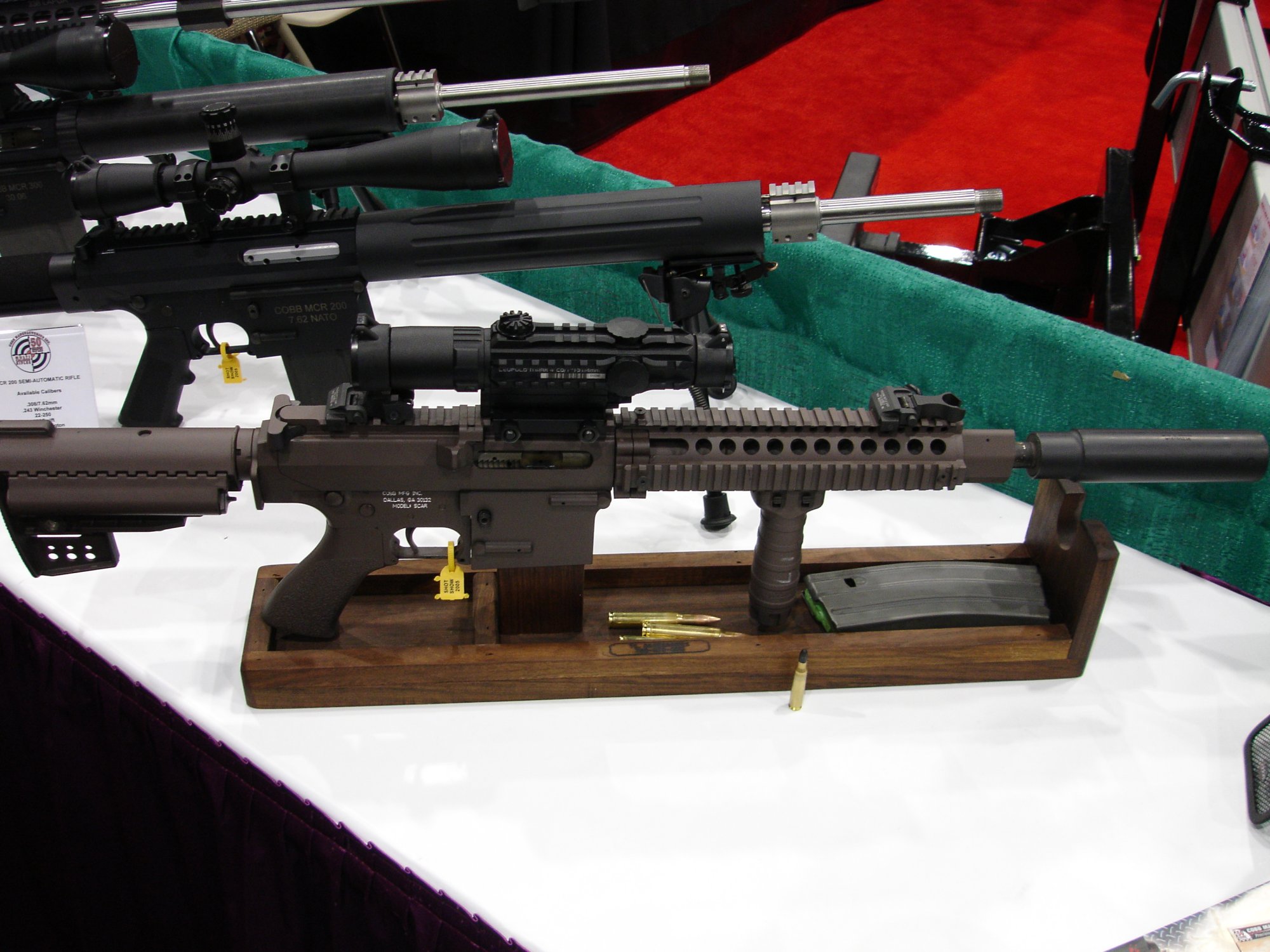 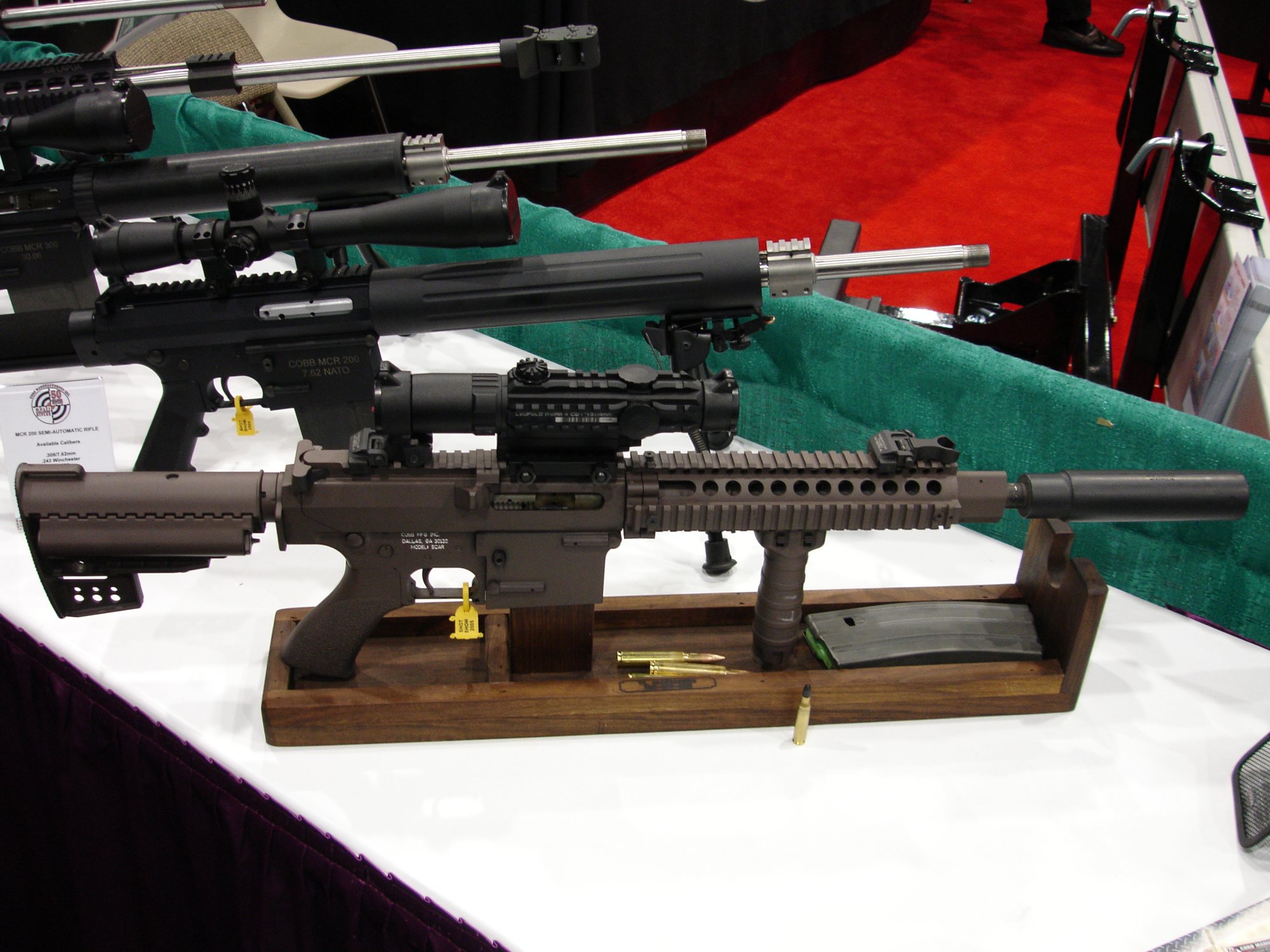 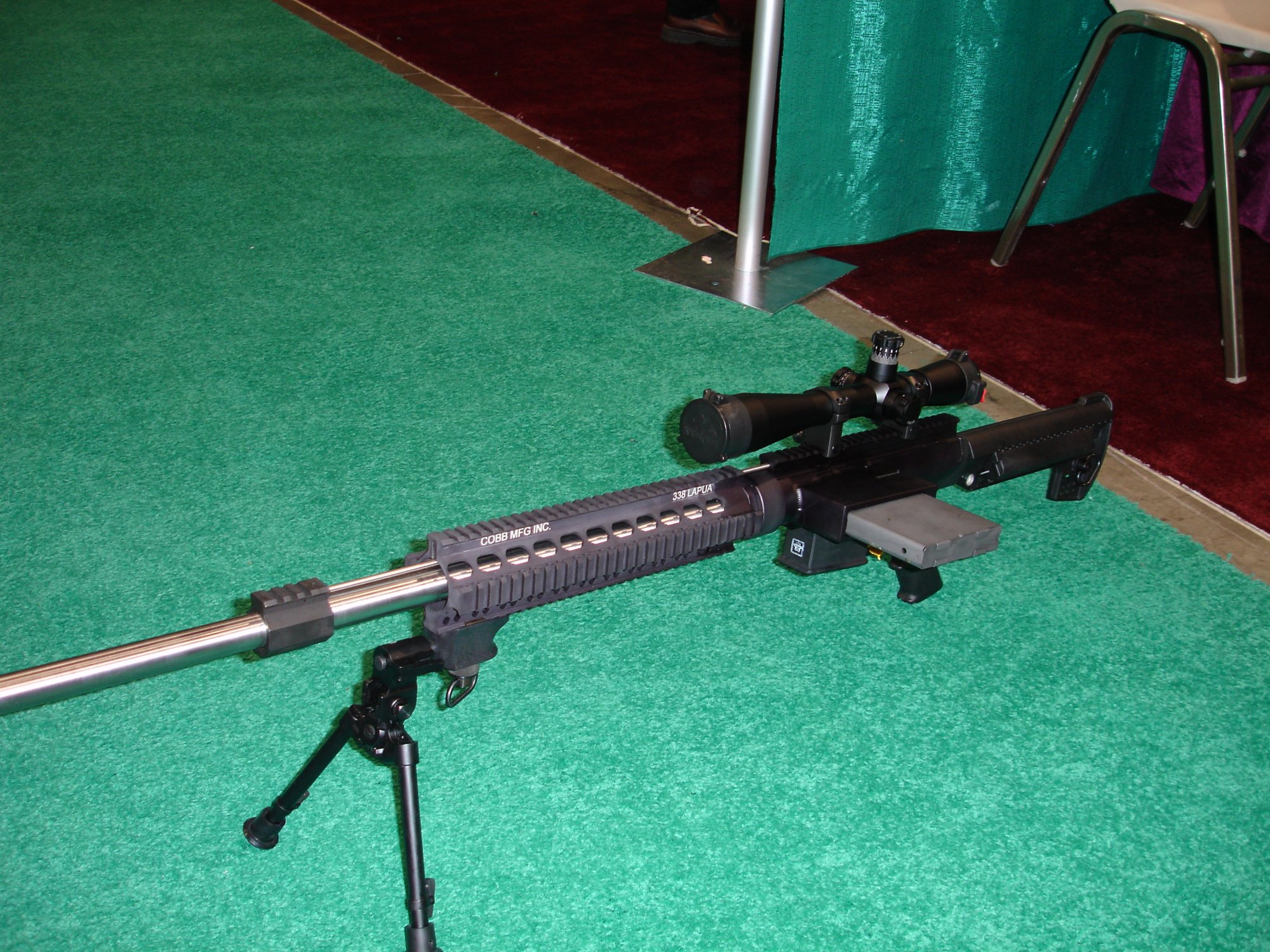 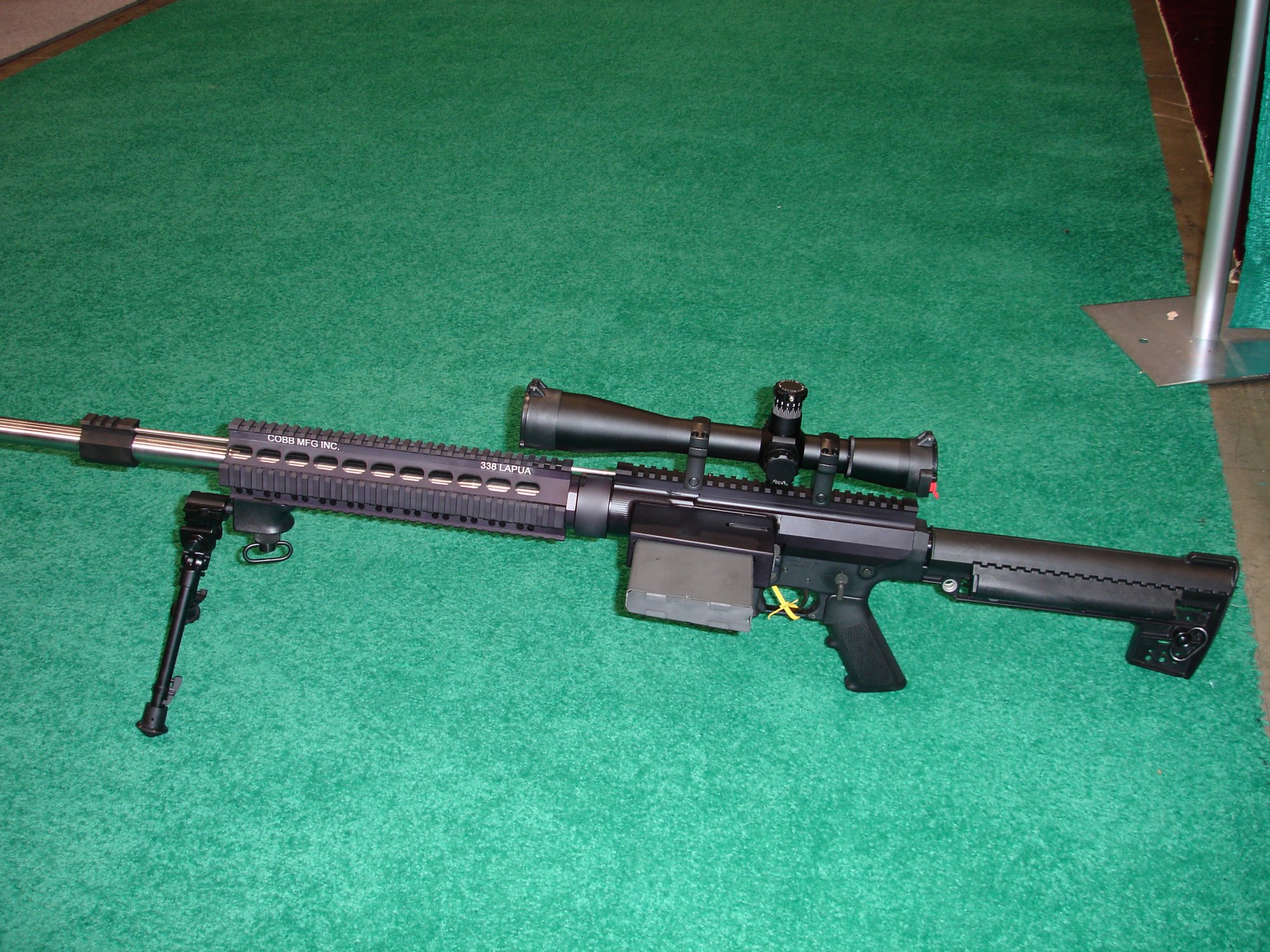 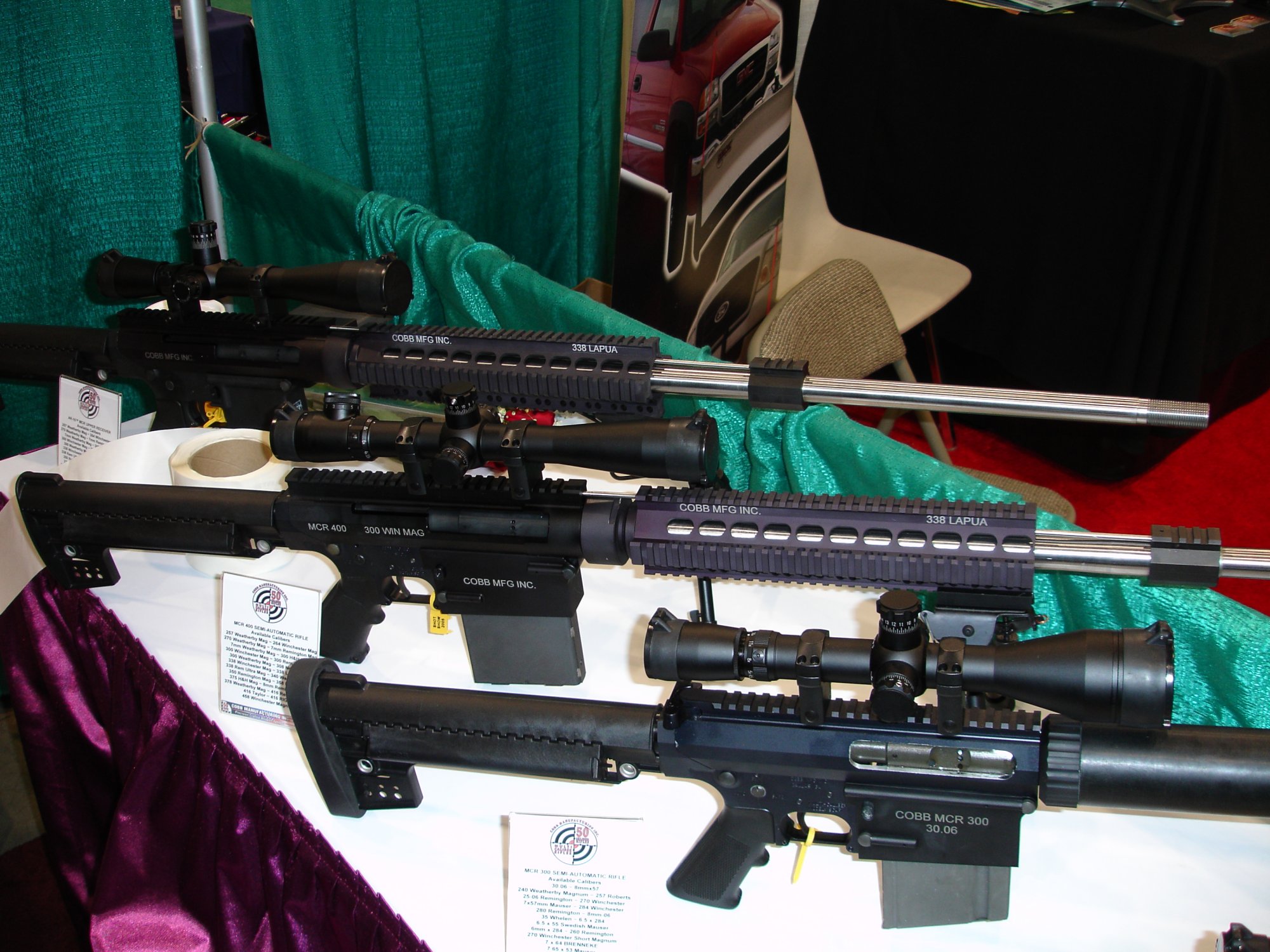 David Crane started publishing online in 2001. Since that time, governments, military organizations, Special Operators (i.e. professional trigger pullers), agencies, and civilian tactical shooters the world over have come to depend on Defense Review as the authoritative source of news and information on "the latest and greatest" in the field of military defense and tactical technology and hardware, including tactical firearms, ammunition, equipment, gear, and training.
Previous Jordanian SPECOPS Adopt New High-Tech Night and Woodland Digital Camo
Next LAMSA Weapons Systems Soldier’s Laser Aimer/Illuminator for SPECOPS