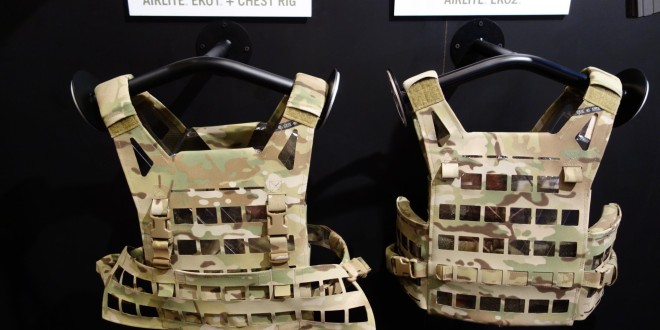 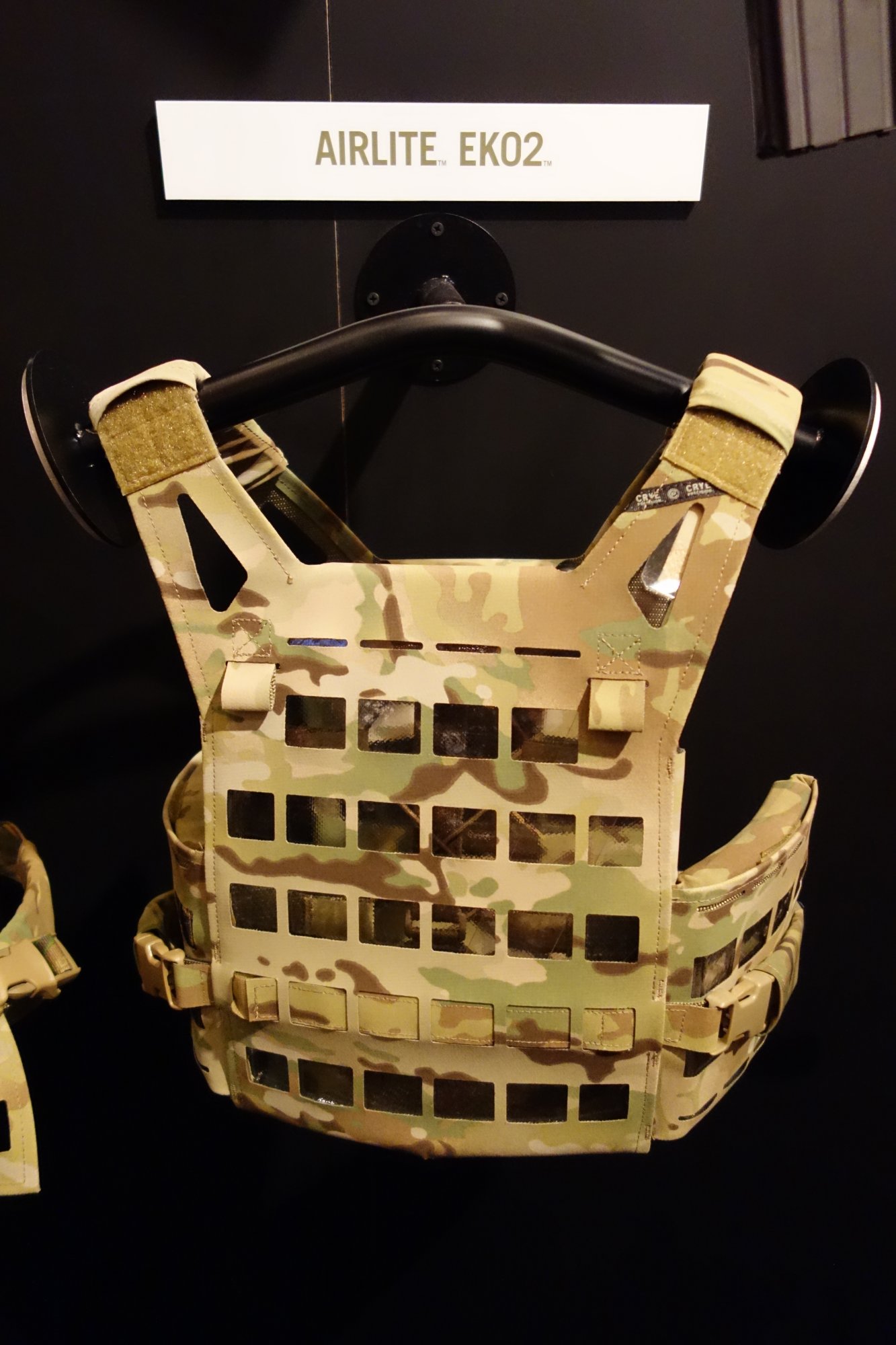 Back in February (2013), we published a piece on the Blue Force Gear (BFG) PLATEminus ultra-lightweight, low-profile/low-visibility Hypalon-type tactical armor plate carrier, along with the BELTminus and SPLITminus battle belt/chest rig/harness systems with MOLLEminus cutaway MOLLE system and ULTRAcomp laminate, not too long after SHOT Show 2013. the BFG PLATEminus wasn't the only Hypalon-type cutaway MOLLE plate carrier we saw and photographed at the show. We also viewed, handled and photographed the Crye Precision AirLite EK02/EK04 and AirLite EK01/EK03 ultra-lo-pro/lo-vis (low-profile/low-visibility), ultra-minimalist plate carrier systems in Crye MultiCam multi-environment/multi-terrain camouflage pattern at the Crye Precision booth.

The reason DefenseReview (DR) never published anything on them (Crye AirLite plate carriers) are several fold. First, we got side-tracked with other products and tech. Second, since we'd already published the piece on the the BFG PLATEminus, we'd already covered the cutaway MOLLE plate carrier genre at the show. And, third, to be honest, we're not all that crazy about cutaway MOLLE plate carriers to begin with, since they have a number of drawbacks and limitations with regard to load carriage capability and long-term comfort without cutting enough weight to really be worth it, in our opinion.

However, while we were going through our photos from SHOT Show 2013, we noticed we'd taken a lot of photos of the various Crye Precision products at the booth, so we figured why not do a quick piece on them, starting with the AirLite Plate Carrier series, which are billed as the "lightest MOLLE-compatible plate carriers in the world", and yet "also extremely durable and strong carriers"? 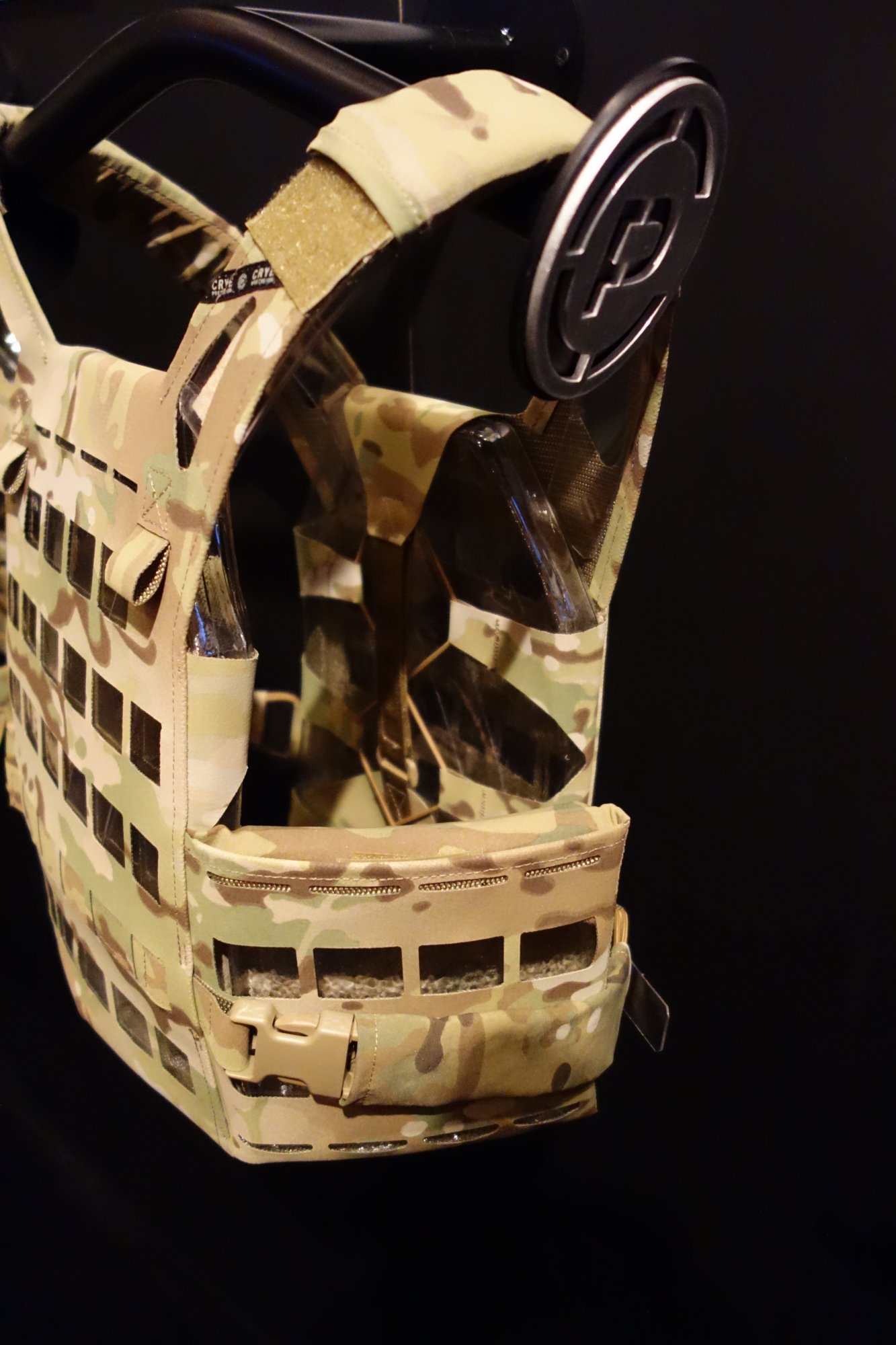 Even though DR isn't really all that convinced about that last bit (strength/durability), nor are we all that interested in cutaway plate carriers, if we had to pick an AirLite-series cutaway carrier, we'd go with the Crye Precision AirLite EK02 (SAPI plates)/EK04 (SWIMMER-cut plates) variant(s), since it allows the wearer to run side plates if he wants. It's always nice having the option of running side plates if you need them, provided it doesn't add too much weight and bulk. Defense Review first photograhed the Crye Precision AirLite EK01 at SHOT Show 2012 (here and here), but we weren't crazy about it, so we didn't publish anything on it. It just looked flimsy and unnecessary to us.

But since then, we've come around to accept that cutaway MOLLE vests (plate carriers) like the BFG PLATEminus and Crye AirLites are probably at least adequate, and possibly advantageous for specific short-duration Special Operations Forces (SOF) missions like Direct Action and Snatch n' Grab missions when an assaulter/operator wants to wear the absolute minimum rig required and doesn't have to carry very much weight or ammo/mags, although it should be noted that there are now very lightweight, minimalist cordura nylon plate carriers out there that are probably better, more versatile options, since they can also handle long-duration ops and are more comfortable over the long term. 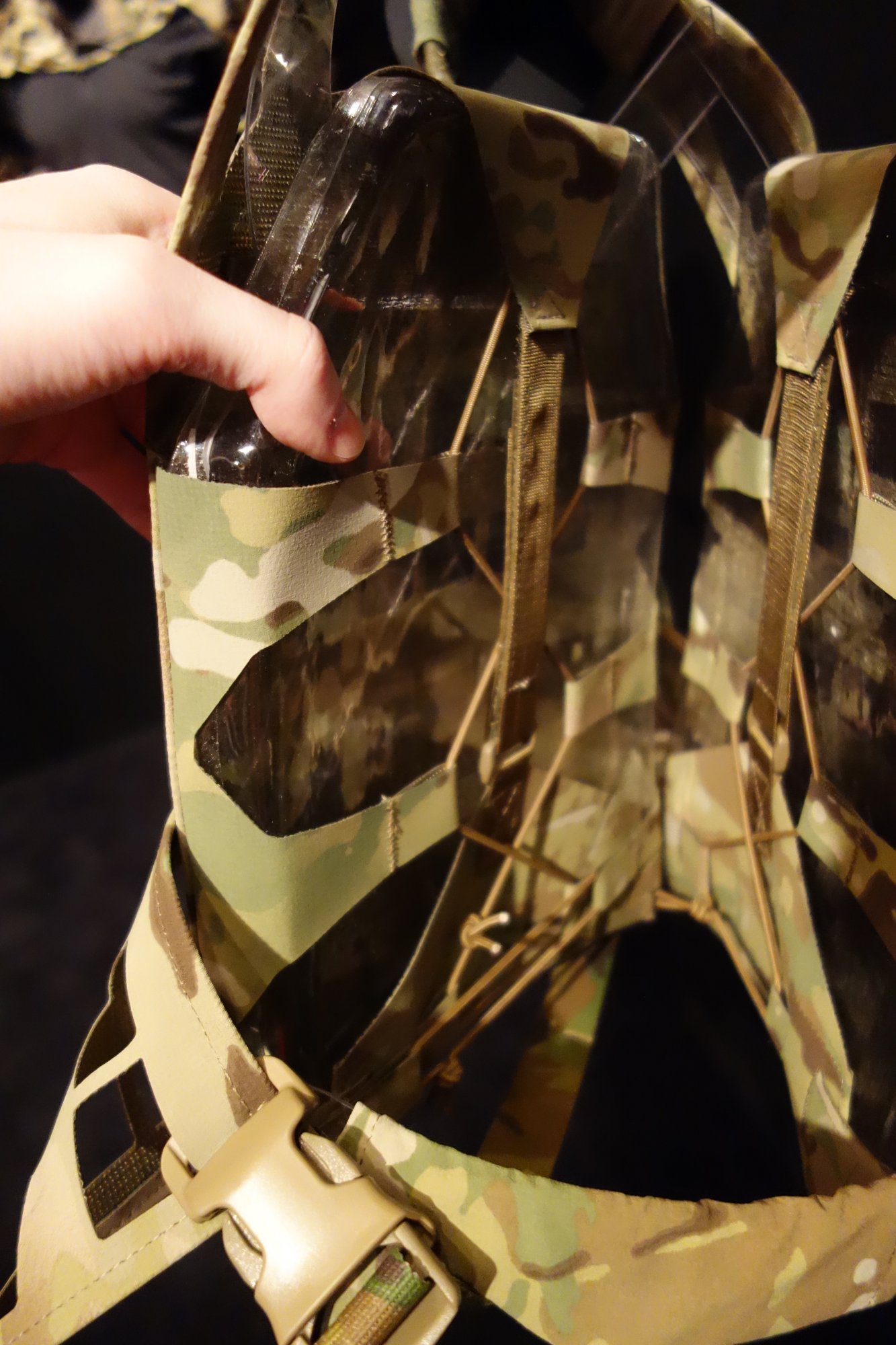 In fact, Crye Precision itself has one called the Crye Precision Jumpable Plate Carrier (JPC), which we will be covering in a subsequent article. Even though the Crye JPC utilizes Hypalon-type material for the shoulder straps, it makes ample use of cordura nylon. While a JPC weighs 20.8 ounces (Size Medium) versus 11.4 ounces for an AirLite EK02 (Size Medium), the JPC's extra 9.4 ounces, just over .5 lbs, is worth it, in our opinion. We'll happily deal with an extra half pound close to the body to get a jumpable vest that can carry more weight more comfortably and reliably, and also has more features, like "integrated admin and magazine pouches" on the front of the carrier, i.e., a kangaroo pouch. Of course, the Crye JPC jumpable plate carrier does cost a bit more.

DR has no idea how the the BFG PLATEminus and Crye AirLite EK02/EK04 stack up against each other in the modularity, strength/durability and comfort departments, but if you absolutely need an ultra-lightweight/minimalist carrier of this type, they're both certainly worth looking at and comparing. Perhaps somebody out there has tested and evaluated both carriers and would be willing to drop us a line about it? What we're particularly interested in receiving operator feedback on is how the internal elastic shock cord plate suspension system holds up (i.e., how durable is it?), and how well it secures the hard armor plate. This is probably the biggest, most persistent question/hesitation we have about the system, other than the all-Hypalon-type material construction aspect. 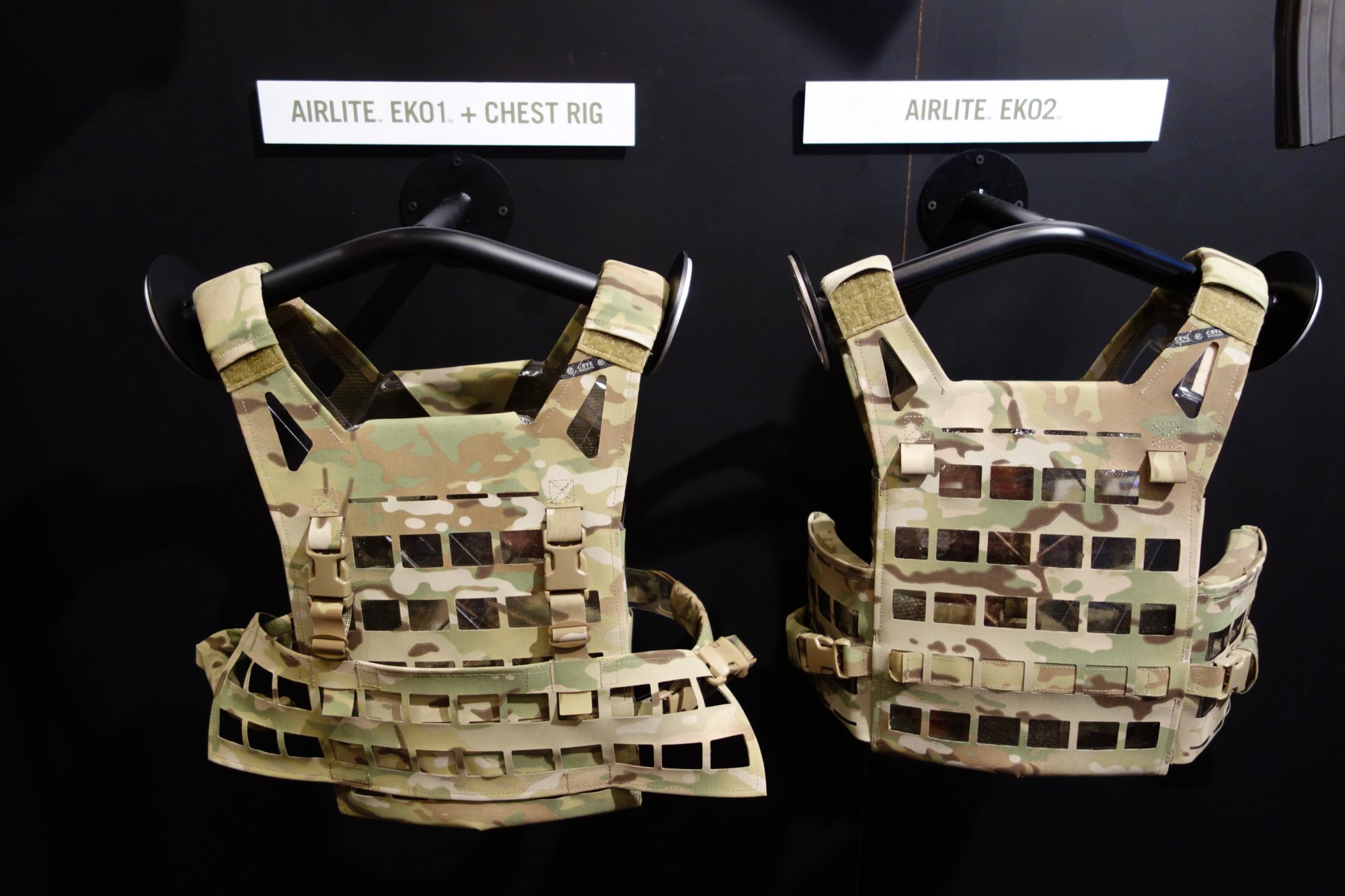 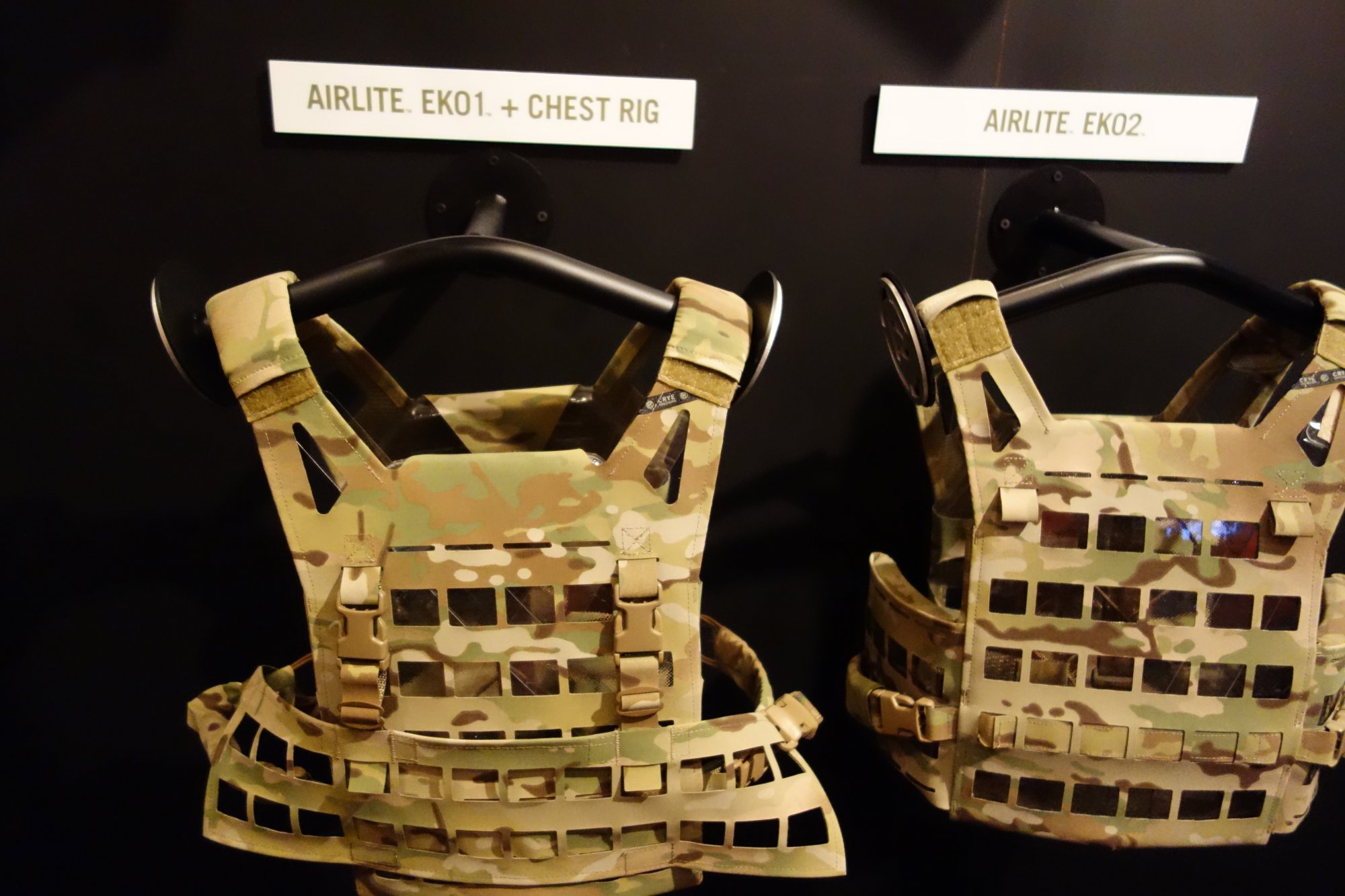 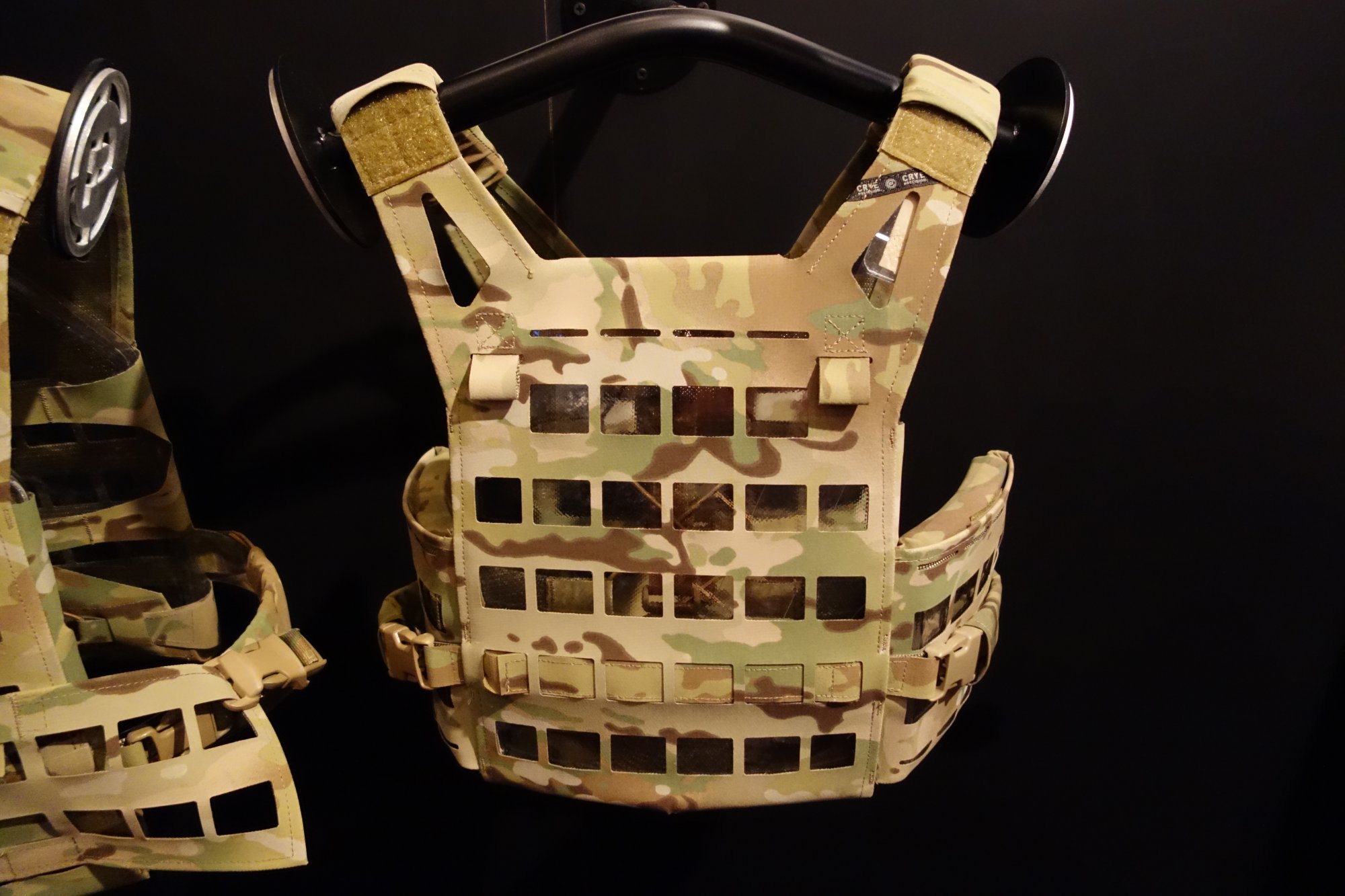 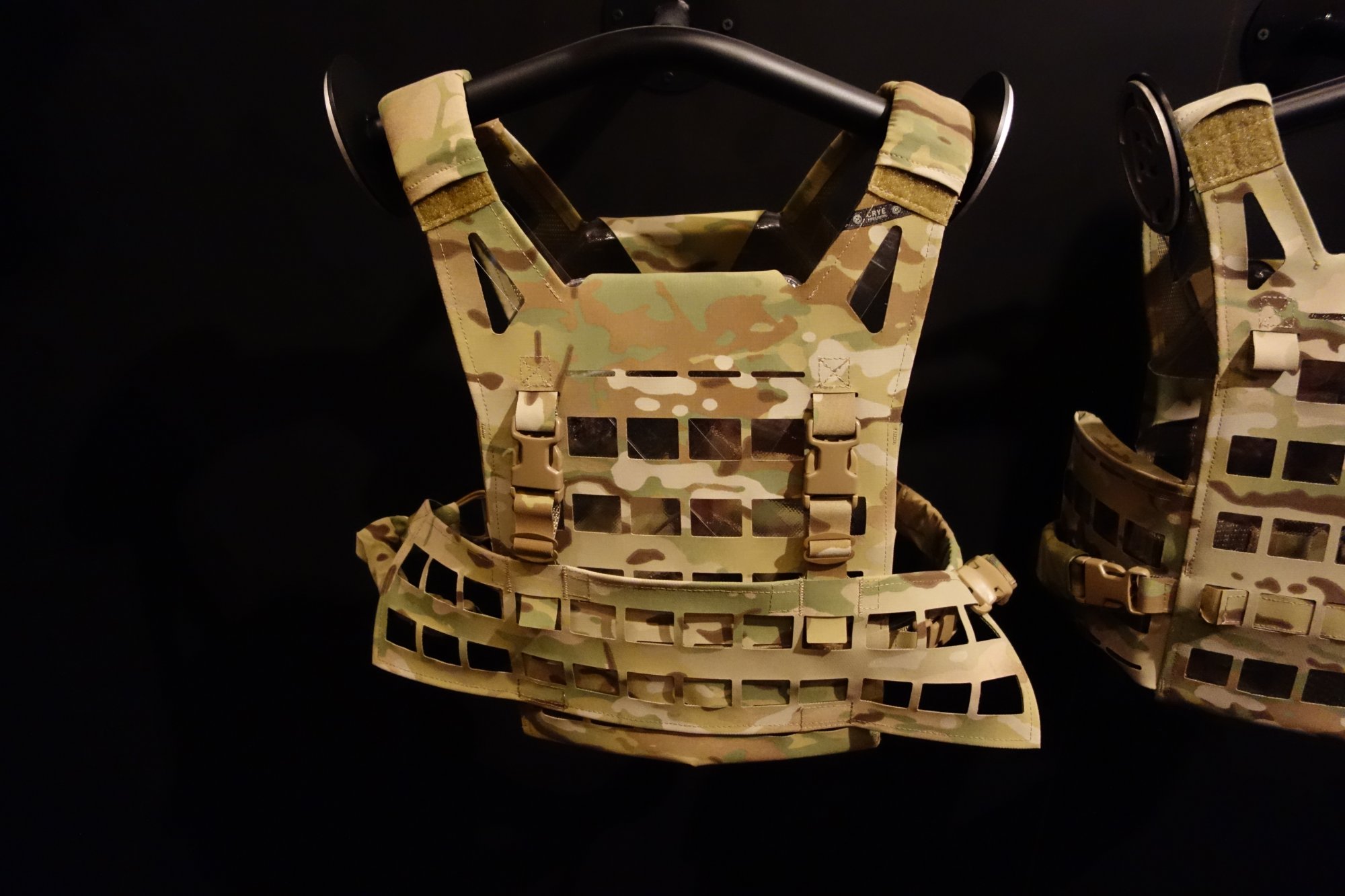 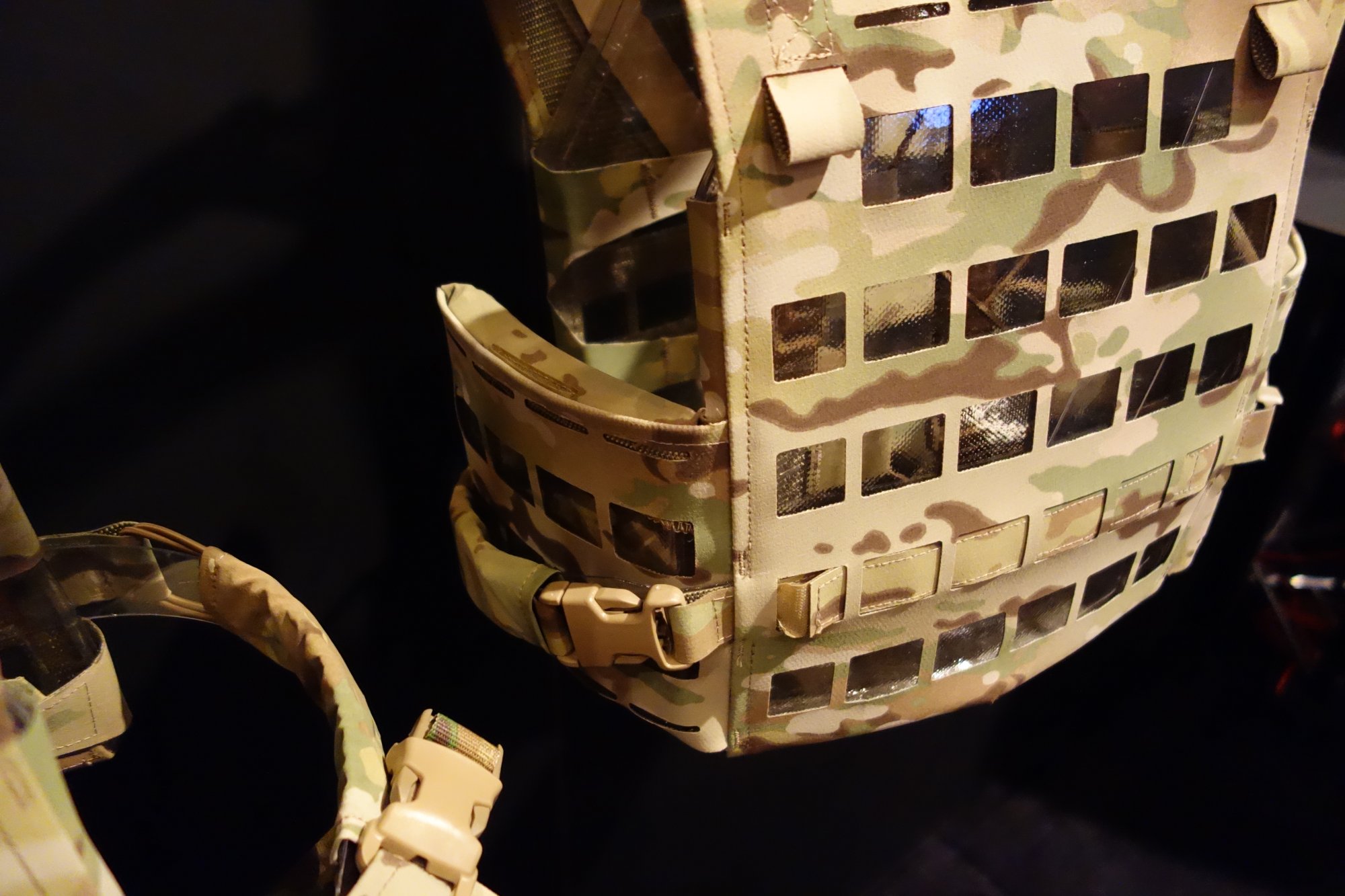 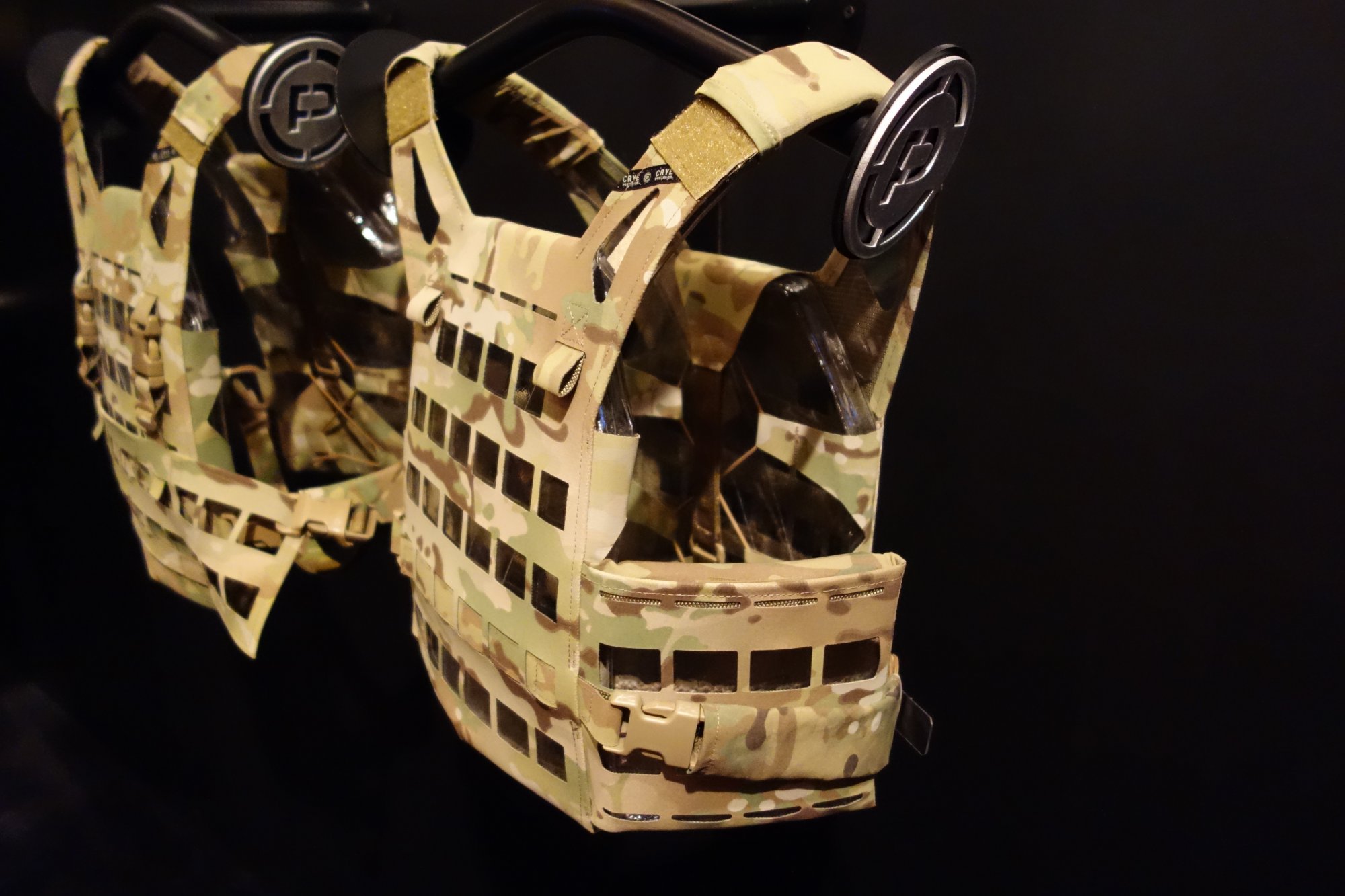 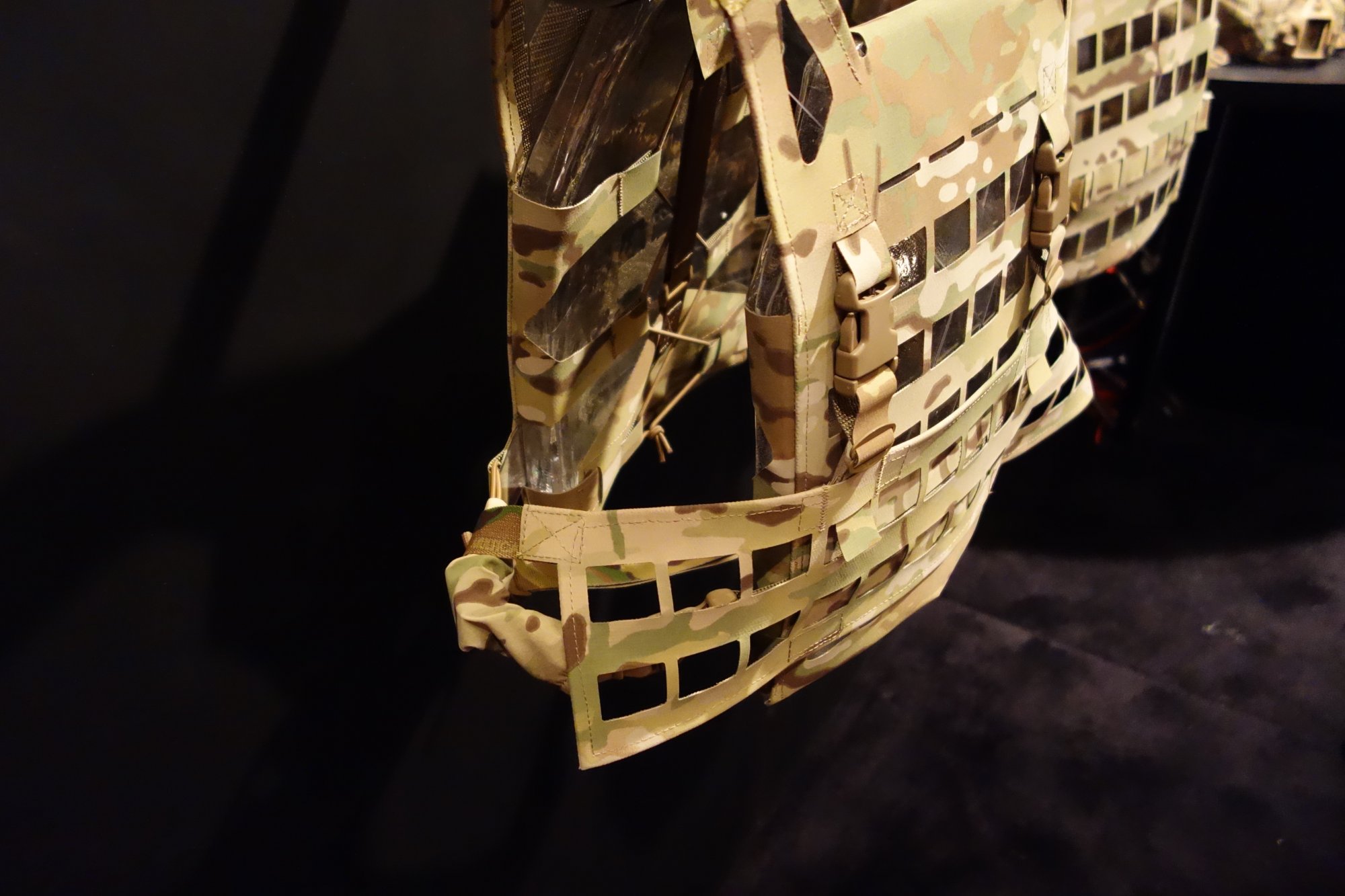 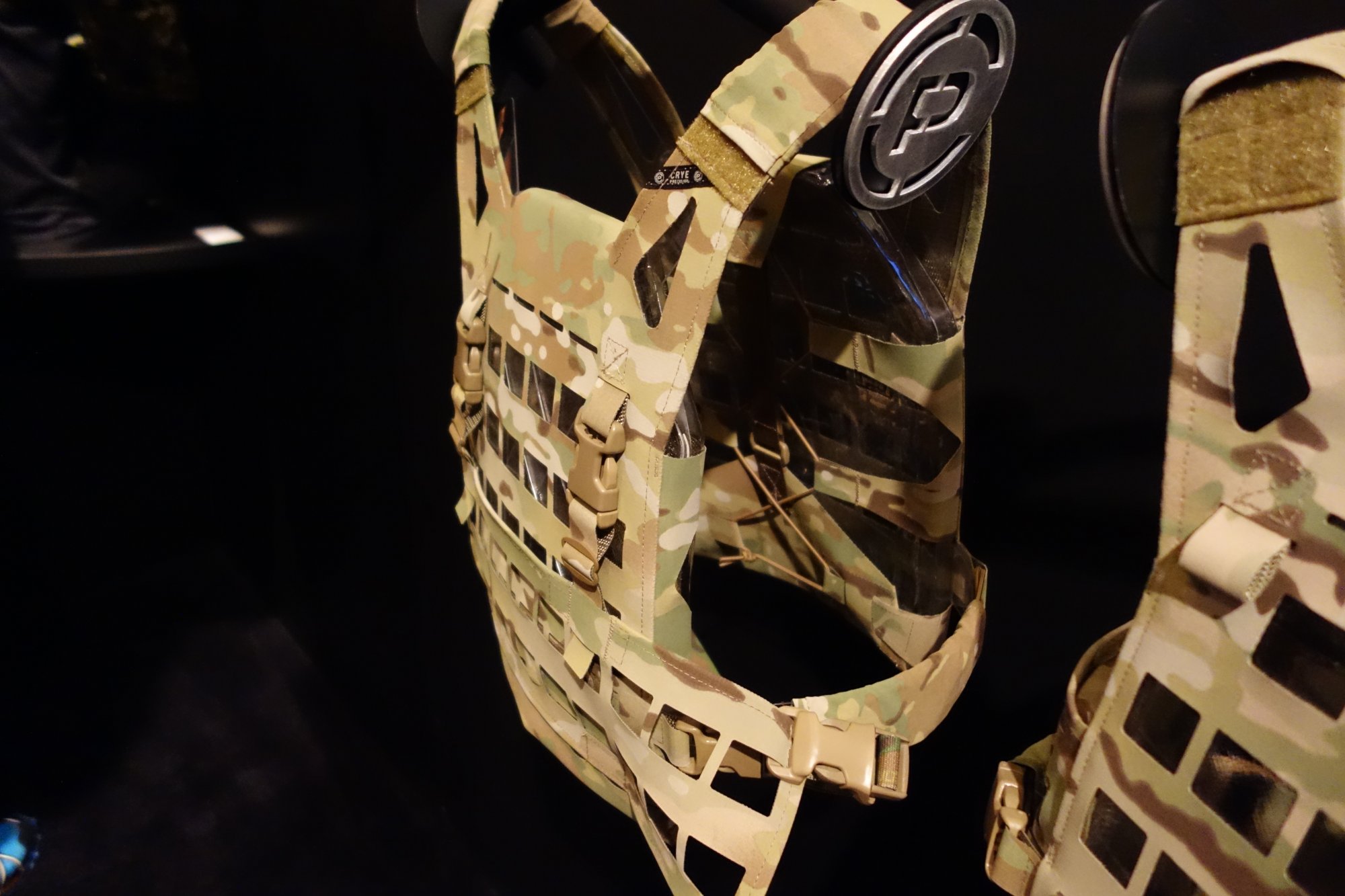 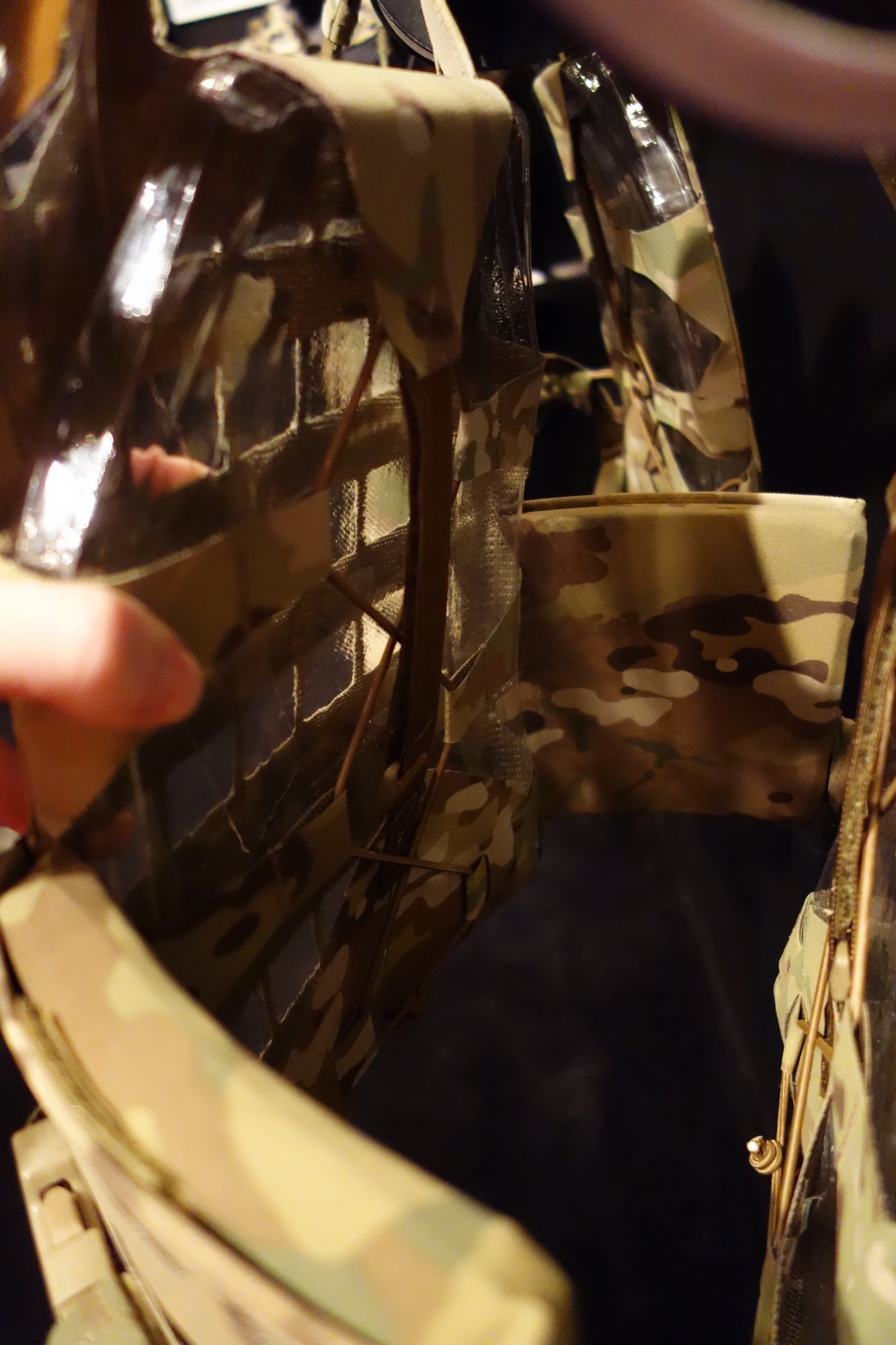 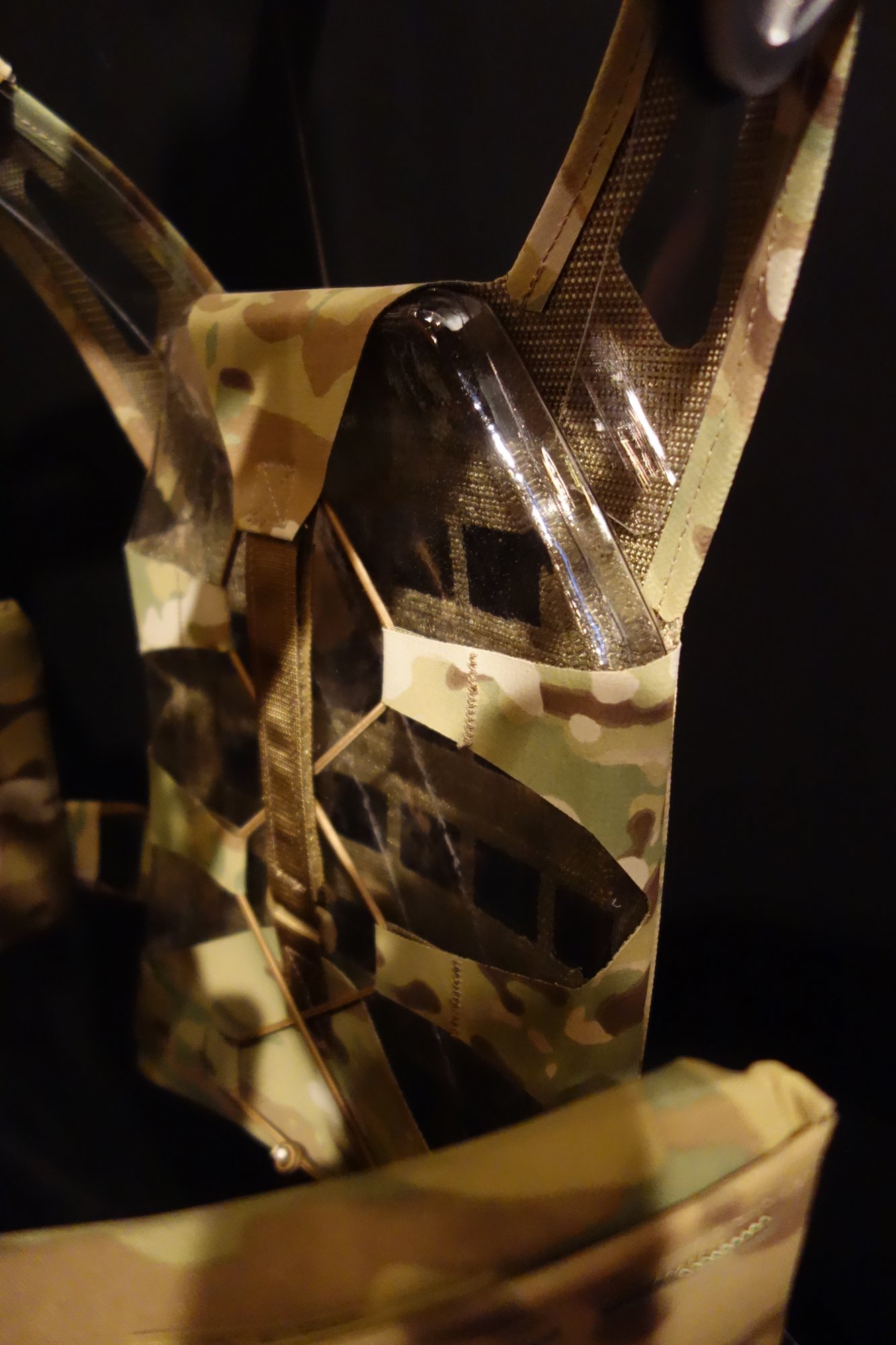 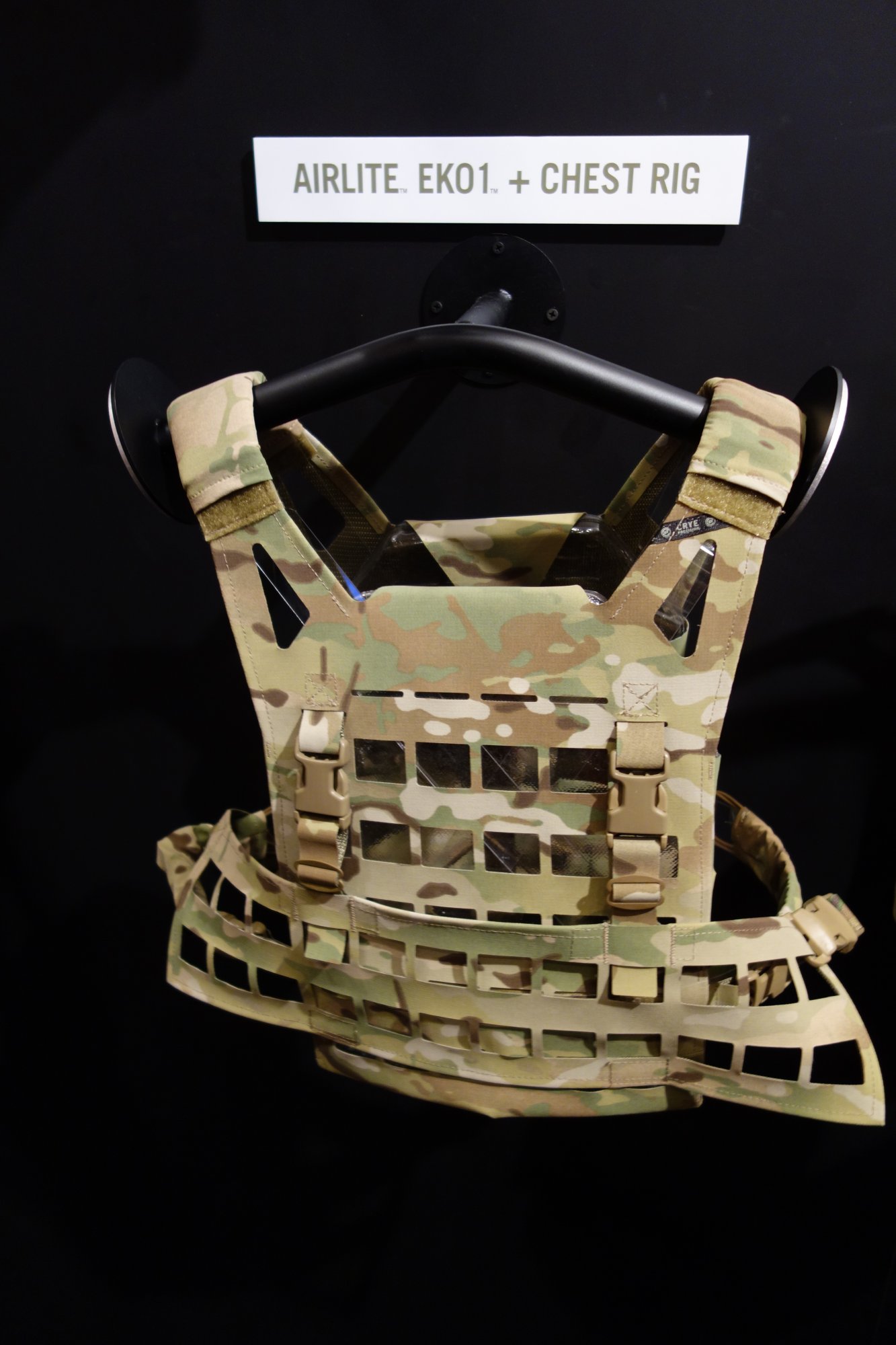 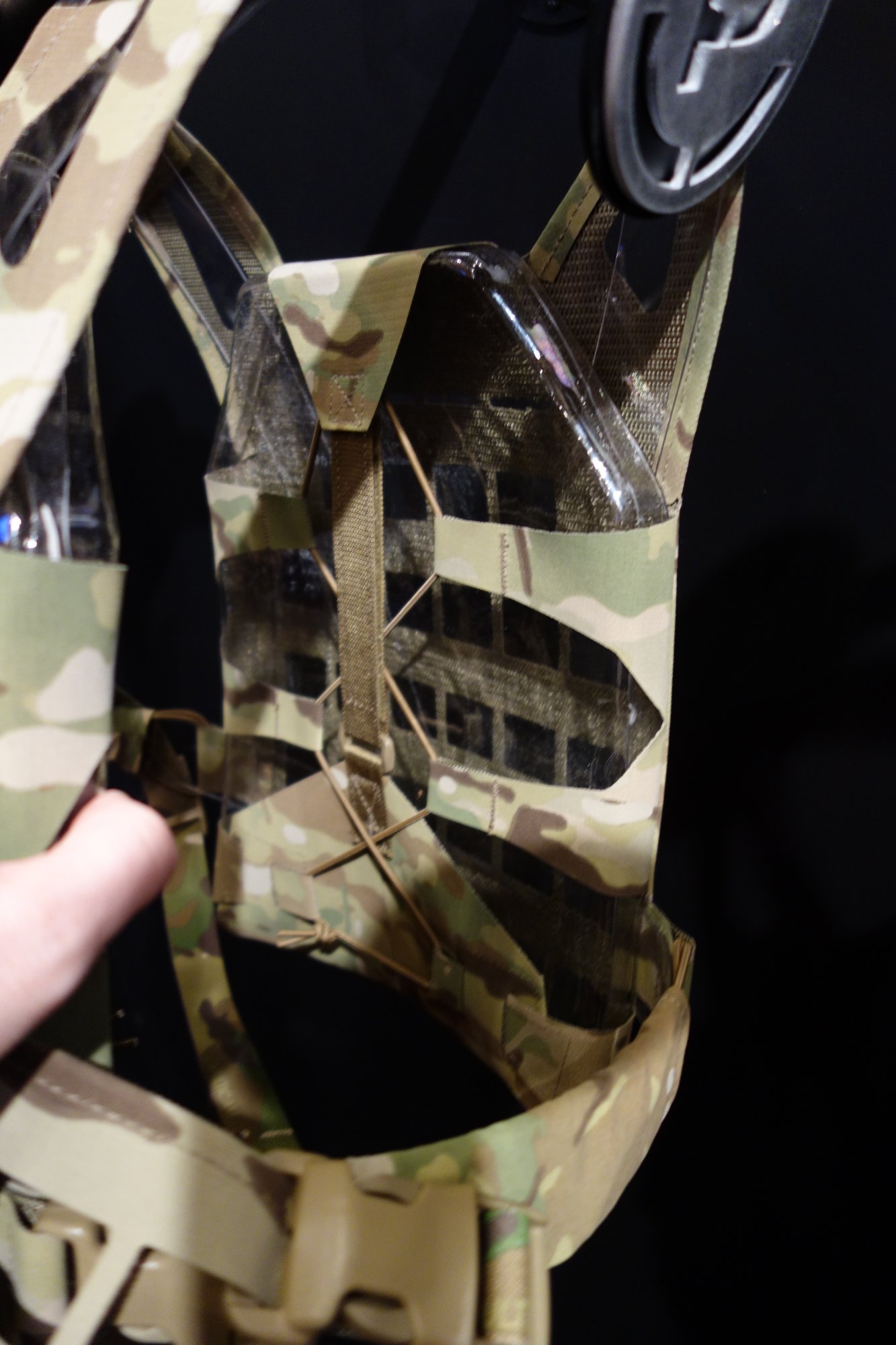 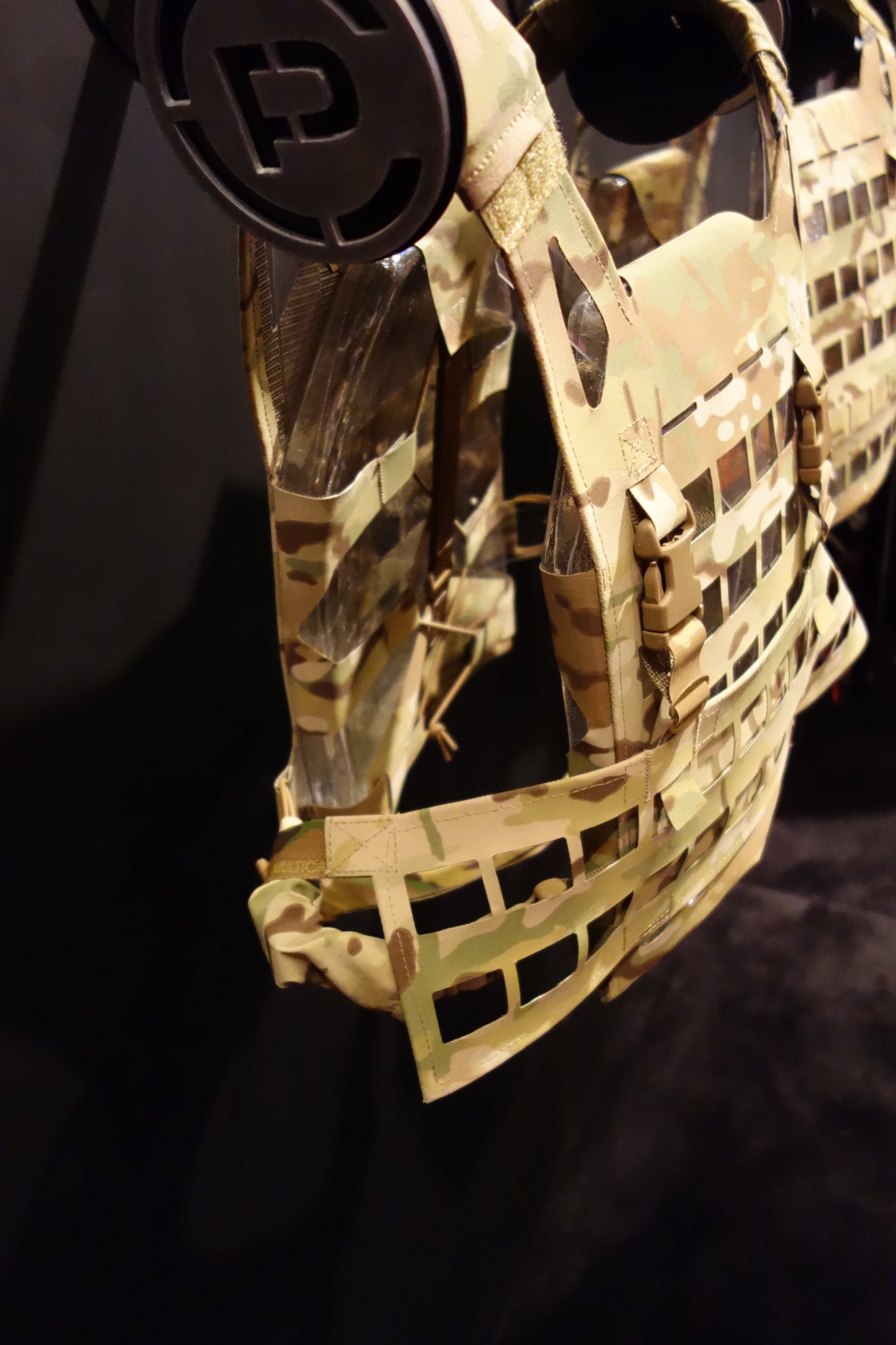 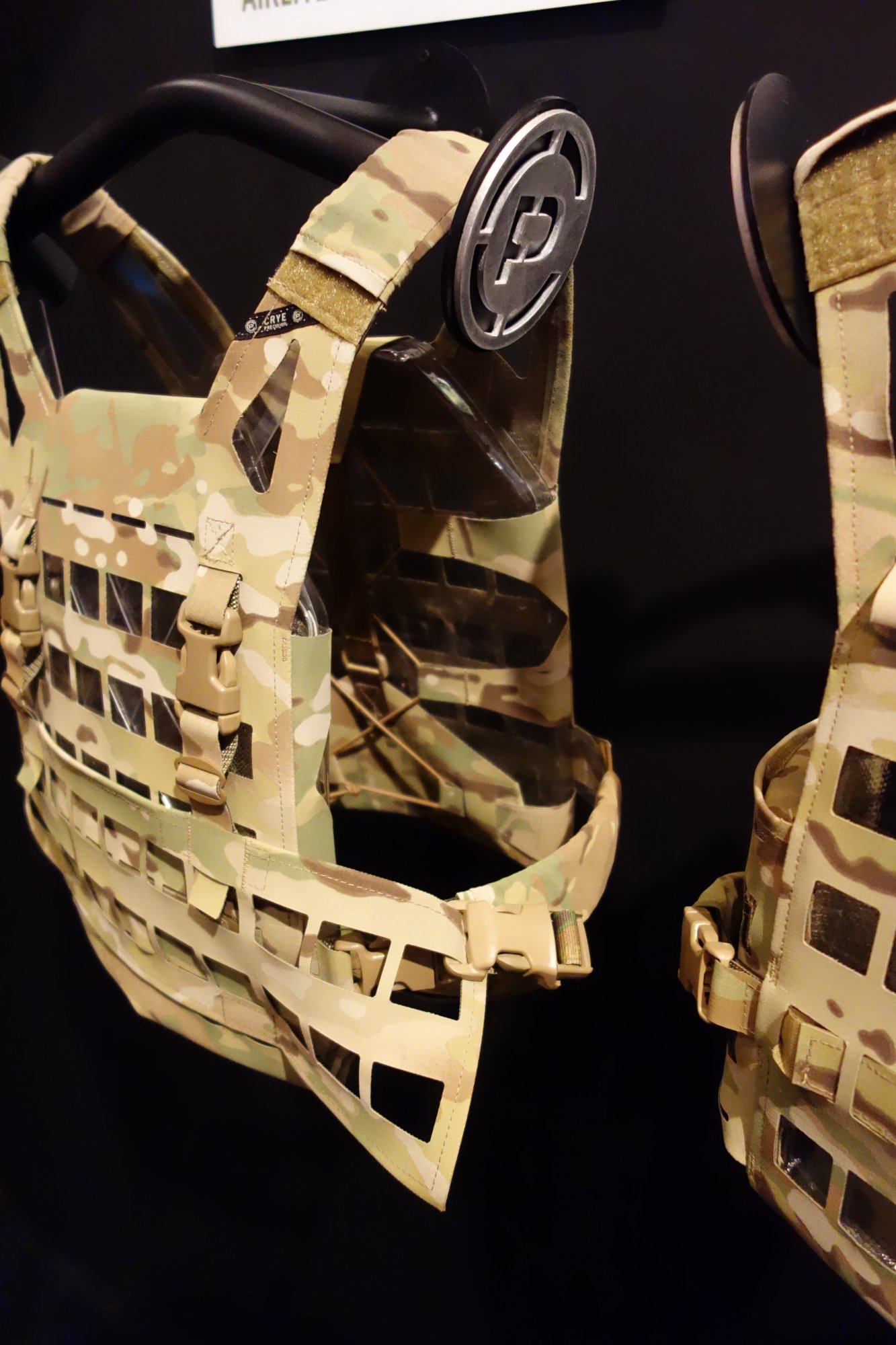