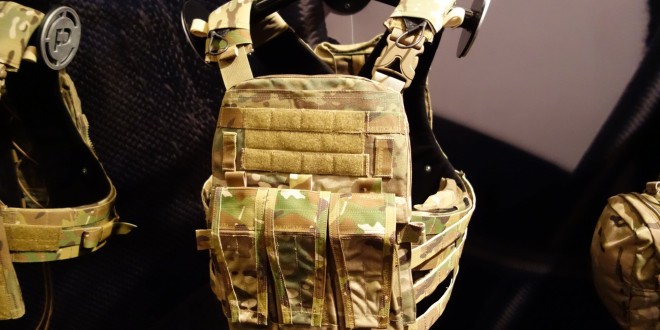 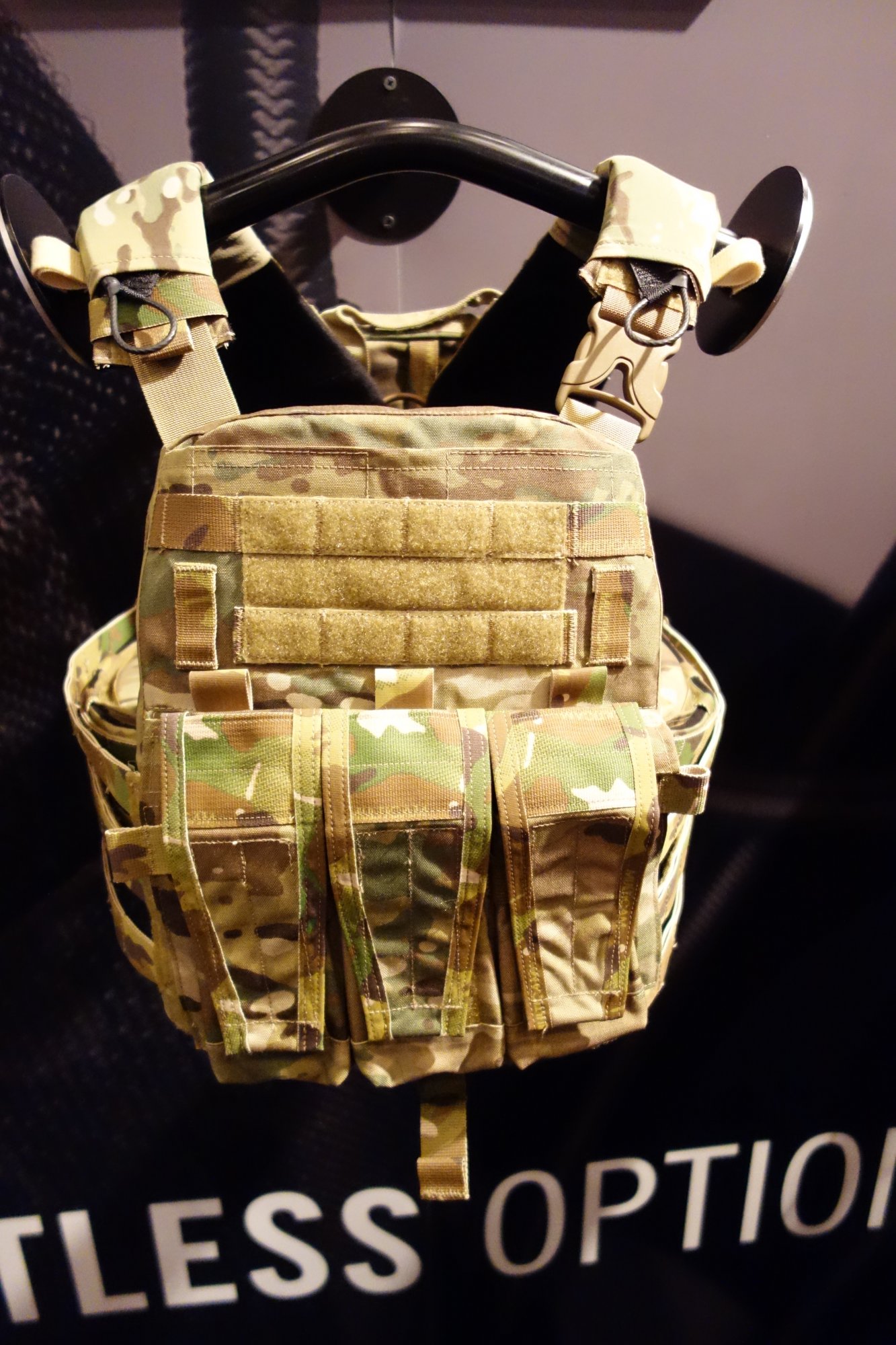 While DefenseReview (DR) was at the Crye Precision booth at SHOT Show 2013, we took a quick look at the Crye Precision Adaptive Vest System (AVS) in "Assault Configuration", which looked interesting to us, but the guys at the booth were pretty busy, so we didn't bug them to take us through the system–but we probably should have. It's our understanding that the AVS is now MilitaryMoron's (MM) favorite Crye plate carrier, supplanting the Crye Precision JPC (Jumpable Plate Carrier) for that spot, since, according to him, it offers the best balance of lo-pro/lo-vis (low-profile/low-visibility) and load-carriage capability of any Crye plate carrier/vest system. This is no small feat, considering that MM is, shall we say, arguably preminently expierienced with Crye Precision gear, at least as a civilian tactical shooter, being the resident online civilian tactical gear geak/gear queer-in-chief.

MM ran the AVS plate carrier with the AVS 2-Band Skeletal Cummerbund, AVS 3-Band Skeletal Cummerbund, and Crye Precision StKSS (Structural Kinetic Support System) Load System, which is essentially an exoskeleton that takes all the load-bearing weight off the back/spine and shoulders, and transfers it to the Crye Precision AVS Low Profile Belt (ALPB) (battle belt) or Crye Precision Low Profile BLAST Belt (LPBB) ballistic battle belt, and thus to the hips and legs. DR photographed the StKSS on the Crye Precision CPC (Cage Plate Carrier) at the Crye booth (see here and here). The upshot of MM's review is the following: 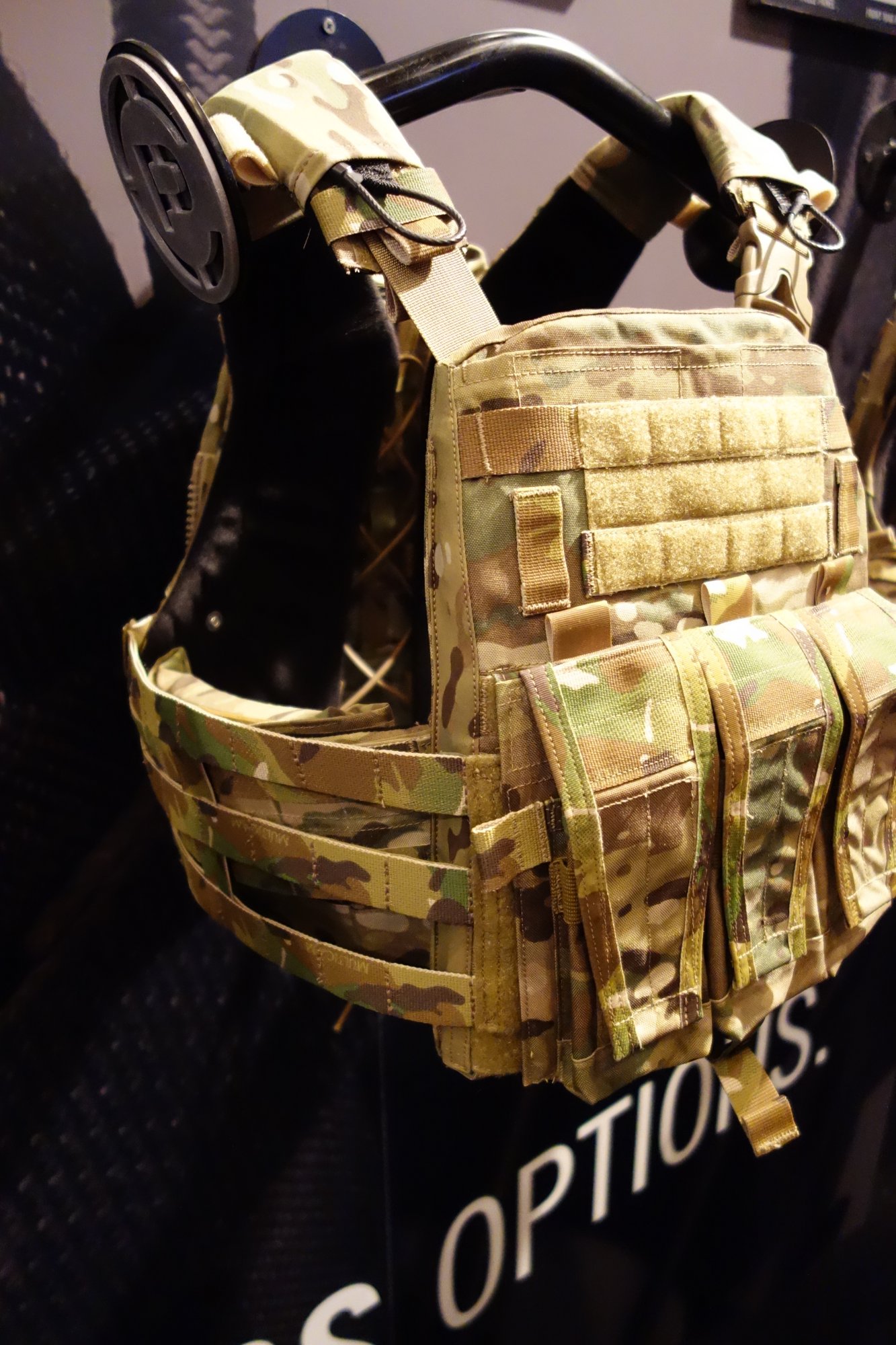 The Crye JPC has been my favourite plate carrier for the range since it came out because of its low profile and light weight. Why wear a plate carrier at the range? Safety. Accidents happen, no matter how experienced the shooters. Anyways, the JPC has been dethroned by the AVS; which suprised even me, as it's just more supportive when loaded up and holds up the weight of my rifle when sling better, without much added bulk. If you were looking for a scalable plate carrier in between the JPC and the CPC, the AVS fits that niche perfectly.

The Crye Precision AVS harness' internal elastic shock cord adjustment/securing/cinching system is interesting to us, since it apparently allows the wearer to secure the hard armor plates to the body fairly tightly, while still allowing the wearer to breathe, due to the shock cord's inherent give.

The AVS is also noteworthy in that it's the first Crye Precision plate carrier/tactical body armor system that Defense Review is really interested in testing and evaluating. We've never liked the Crye Precision CPC or Crye Precision CAGE Armor Chassis (CAC) much, due to their bulk, weight and design complexity, and we've never been that high on the JPC or Airlite plate carriers due to their use of Hypalon-type material. But with the AVS modular system, Crye's managed to achieve the Goldilocks effect with us, at least on paper. This one may be just right for us. Hopefully, we'll get the chance to find out, at some point.

By the way, Crye also makes a nice-looking chest rig for the AVS.

David Crane started publishing online in 2001. Since that time, governments, military organizations, Special Operators (i.e. professional trigger pullers), agencies, and civilian tactical shooters the world over have come to depend on Defense Review as the authoritative source of news and information on "the latest and greatest" in the field of military defense and tactical technology and hardware, including tactical firearms, ammunition, equipment, gear, and training.
Previous Desert Tactical Arms (DTA) to Rebrand Company as Desert Tech (DT), and Thomas Alexander is Named CEO of Desert Tech Training Center
Next Kalashnikov AK-47/AKM Designer/Developer Mikhail Kalashnikov Dead at 94: November 10, 1919 – December 23, 2013