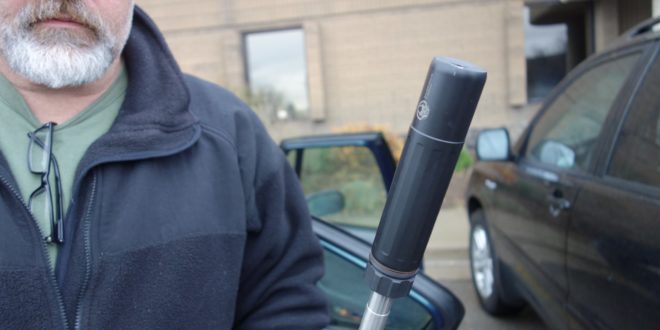 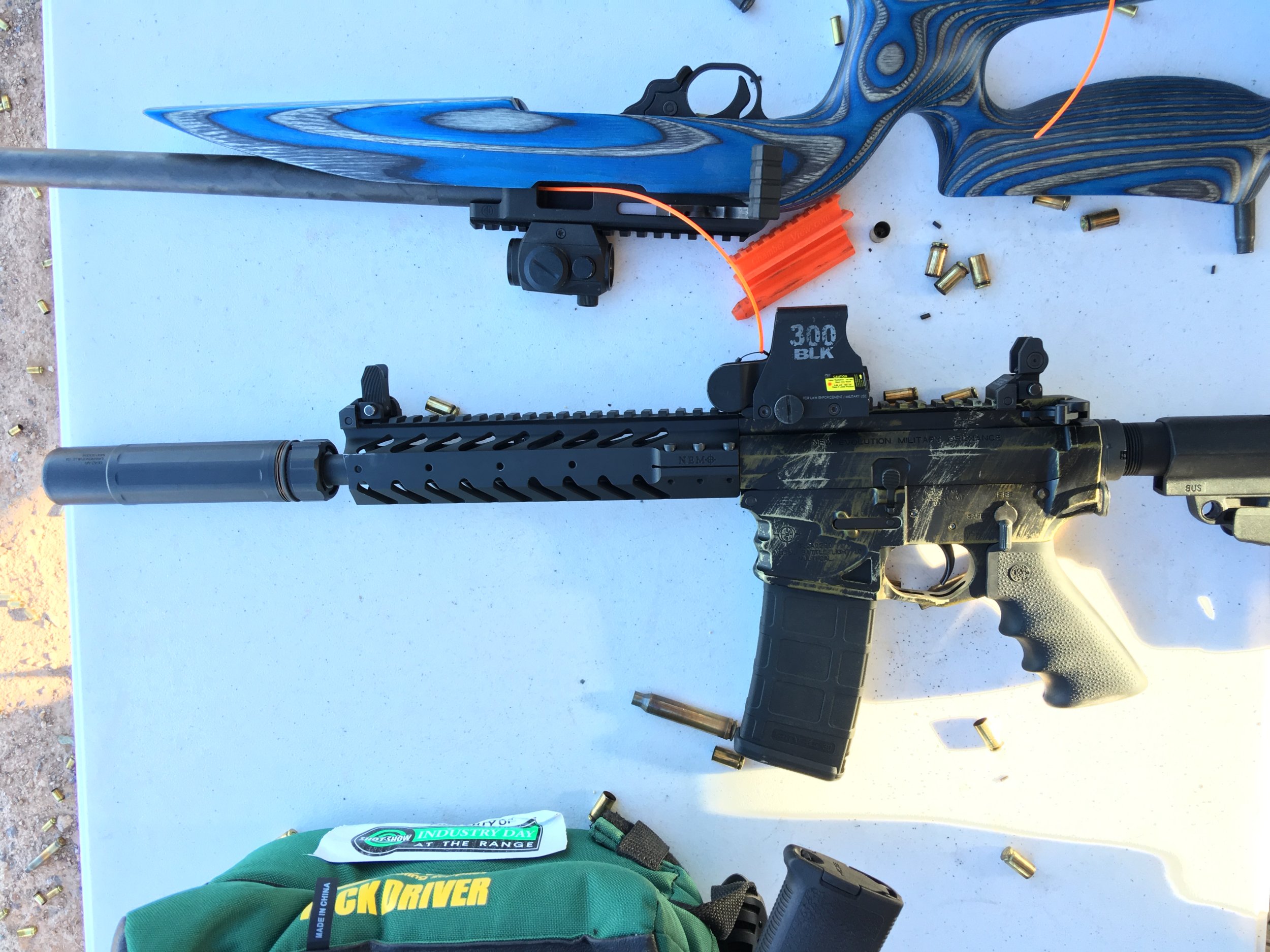 This article’s been a looong time comin’. DefenseReview (DR) first shot photos and video on the Dead Air Armament (DAA) Sandman-S and Sandman-L QA/QD (Quick-Attach/Quick-Detach) .30-caliber/multi-caliber suppressors (silencers/sound suppressors) on December 13, 2014 (12/13/14) outside Desert Tech headquarters on the final day of the Desert Tech 2014 writers’ event before we all flew back out. DAA president/CEO Mike Pappas serendipitously showed up in the Desert Tech parking lot and gave us a quick, impromptu demo that DR really enjoyed and appreciated. We really liked what we saw there. As it happens, however, life took over, and we never published the photos and video we shot. Mea culpa.

DR subsequently ran into Pappas/DAA at SHOT Show 2016 Industry Day at the Range, just as the day was winding down, and he was kind enough to give us a quick Sandman-S shooting demo while it was attached to a NEMO Arms Tango 6 300BLK (300 Blackout) tactical AR carbine/SBR (Short Barreled Rifle). The Sandman-S can (muzzle can) performed exactly as we though it would, nice and quietly. Again, we were impressed. Not only is the Sandman-S quiet, but the QA/QD mounting system is really quick and easy.

Defense Review will be publishing info on some other, newer Dead Air Armament products as soon as we can, but in the meantime, enjoy the photos and videos of the Sandman can(s).

The following information on the Sandman series suppressors comes from the Dead Air Armament website:

“DEAD AIR ARMAMENT™ IS ALL ABOUT BRINGING THE BEST MATERIALS, THE BEST DESIGNERS, AND THE BEST MANUFACTURING TECHNIQUES TO THE SUPPRESSOR MARKET. BECAUSE IT NEEDS IT. 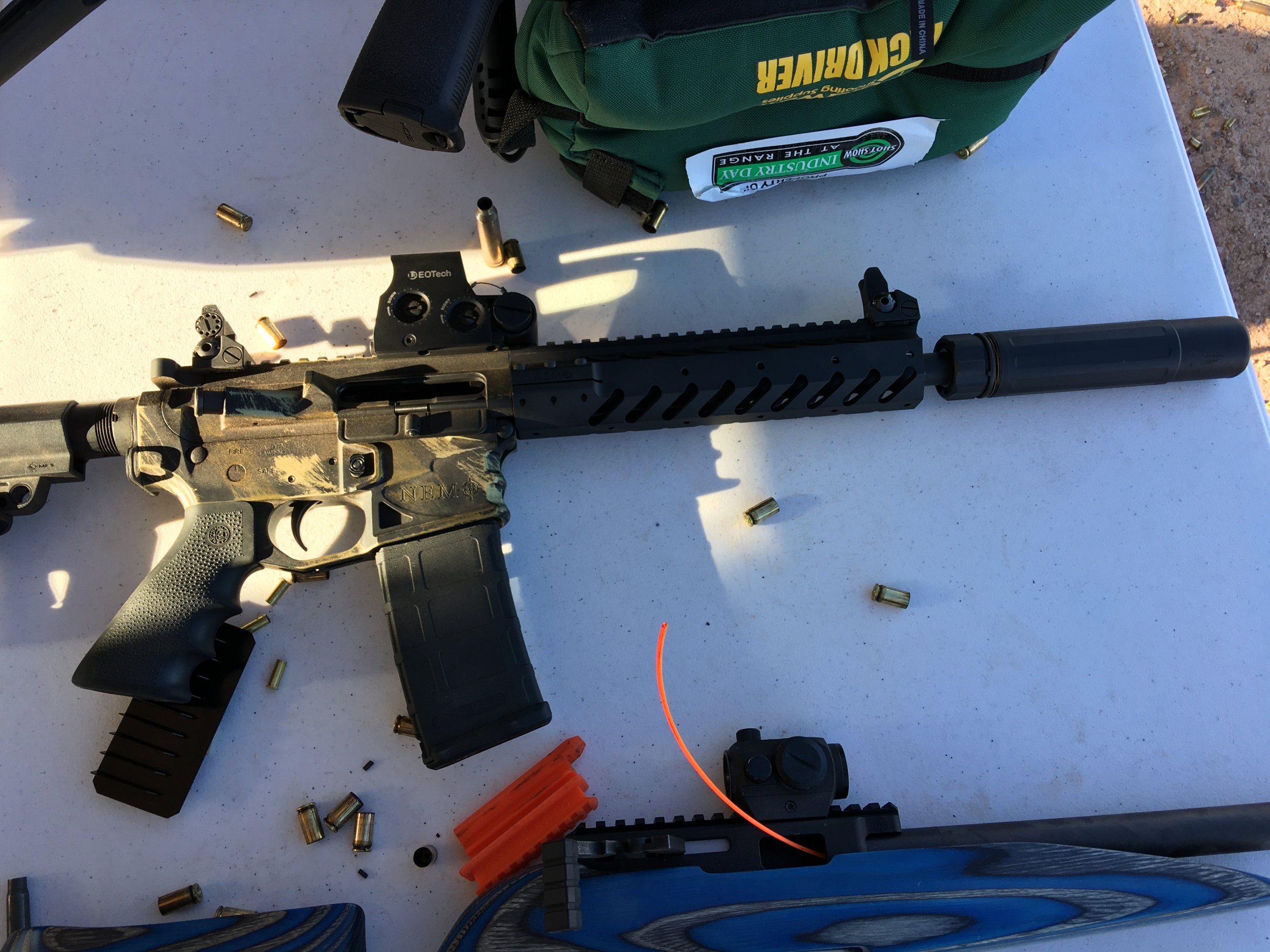 DEAD AIR ARMAMENT™ IS NEW, AND BETTER.
It was founded by Mike Pappas, and if that name rings a bell, it’s because Mike co-founded another silencer company back in 2008. Among others, Mike is also teamed up with silencer designer Todd Magee. Mike and Todd have set out to build the best suppressors on the market. There is no substitute for experience.

IT’S IN THE DESIGN.
Look at any Dead Air Armament™ product and you’ll see attention to detail and aesthetic choices driven solely by engineering performance. No gimmicks or short cuts – just pure performance. As Mike puts it: “I’m finally building the no compromise suppressors that I’ve always wanted to make. No corporate bottom lines. The only thing that matters to me is how it sounds; And the Sandman™ sounds awesome…” 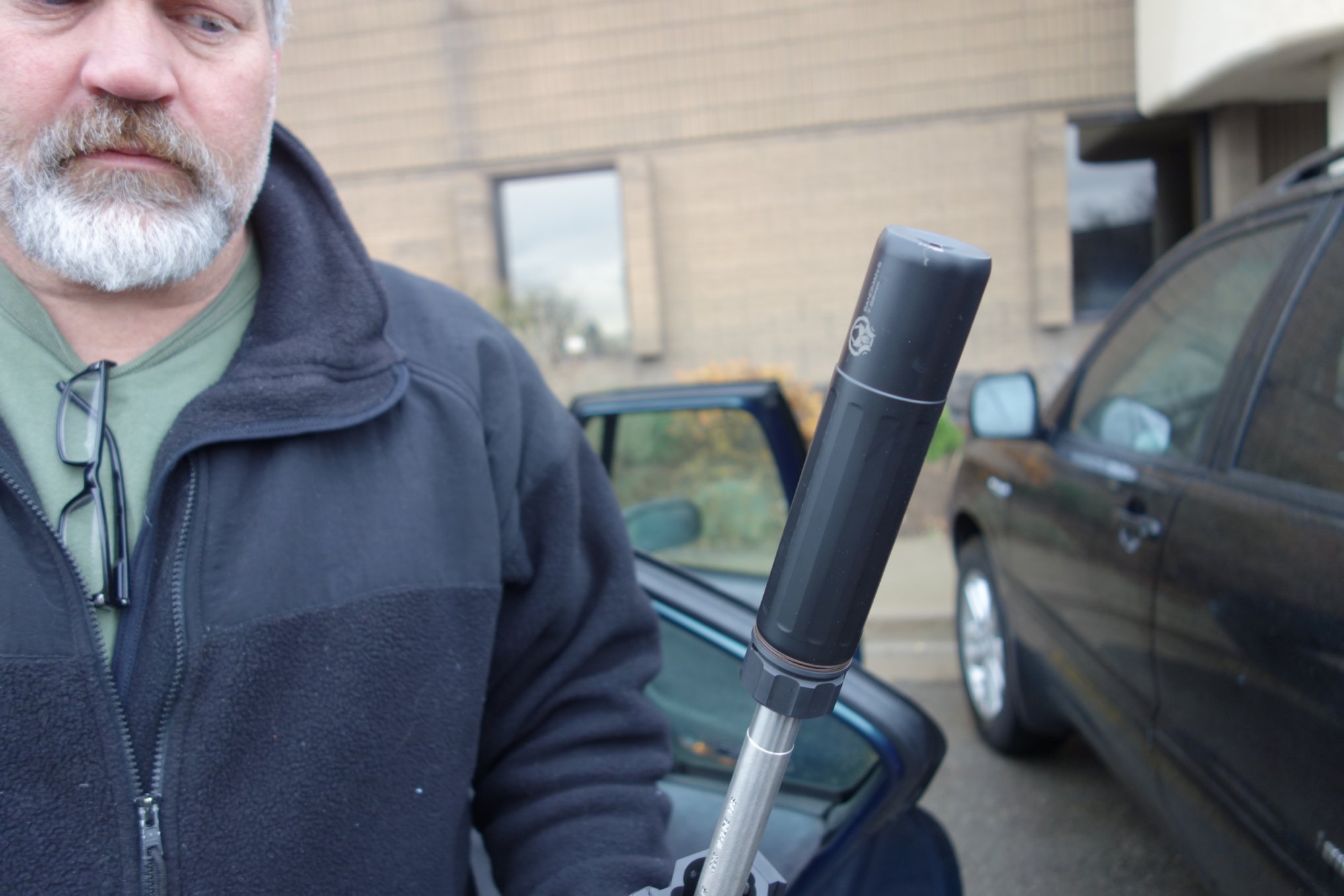 IT’S IN THE MATERIALS.
There is no substitute for materials and no shortcuts with Dead Air. Every Sandman™ baffle is 100% Stellite®. They cost three times more than stainless steel and they work better than Inconel® under the hardest use and conditions. As for the tubes, we could have used the material that most of our competitors use, but instead we went with high-performance precipitation hardened stainless steel because lightweight strength does not come cheap. Only with the Sandman Ti do we forgo the use of high-performance stainless steel and that’s because we use Grade #9 titanium. Why do we do it? Because our precision rifle direct thread suppressor is designed for professional law enforcement applications. The old adage “close only counts in horse shoes and hand grenades” could not be truer when a professional has to make an accurate shot in difficult conditions.

IT’S IN THE MANUFACTURING.
Design and materials are part of the equation, but there is no substitute for thirty years of manufacturing excellence and that’s what BPI® brings to the product. Every Dead Air suppressor is manufactured in Lawrenceville, Georgia by highly trained Americans intent on manufacturing the best suppressor on the market. Our standards are simple, “good isn’t good enough” and if a product comes off the line not up to par, then the can gets canned. It’s that simple.” 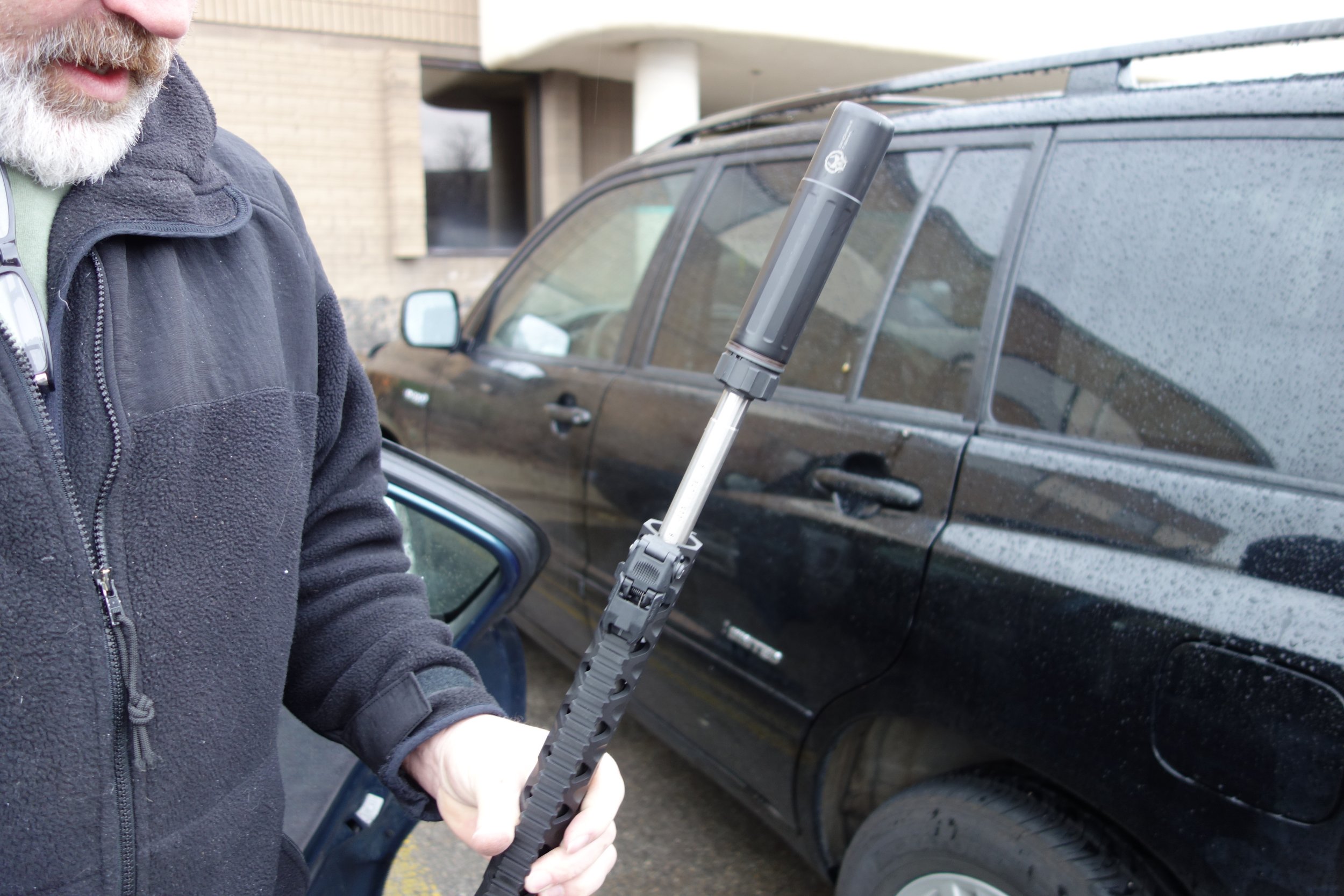 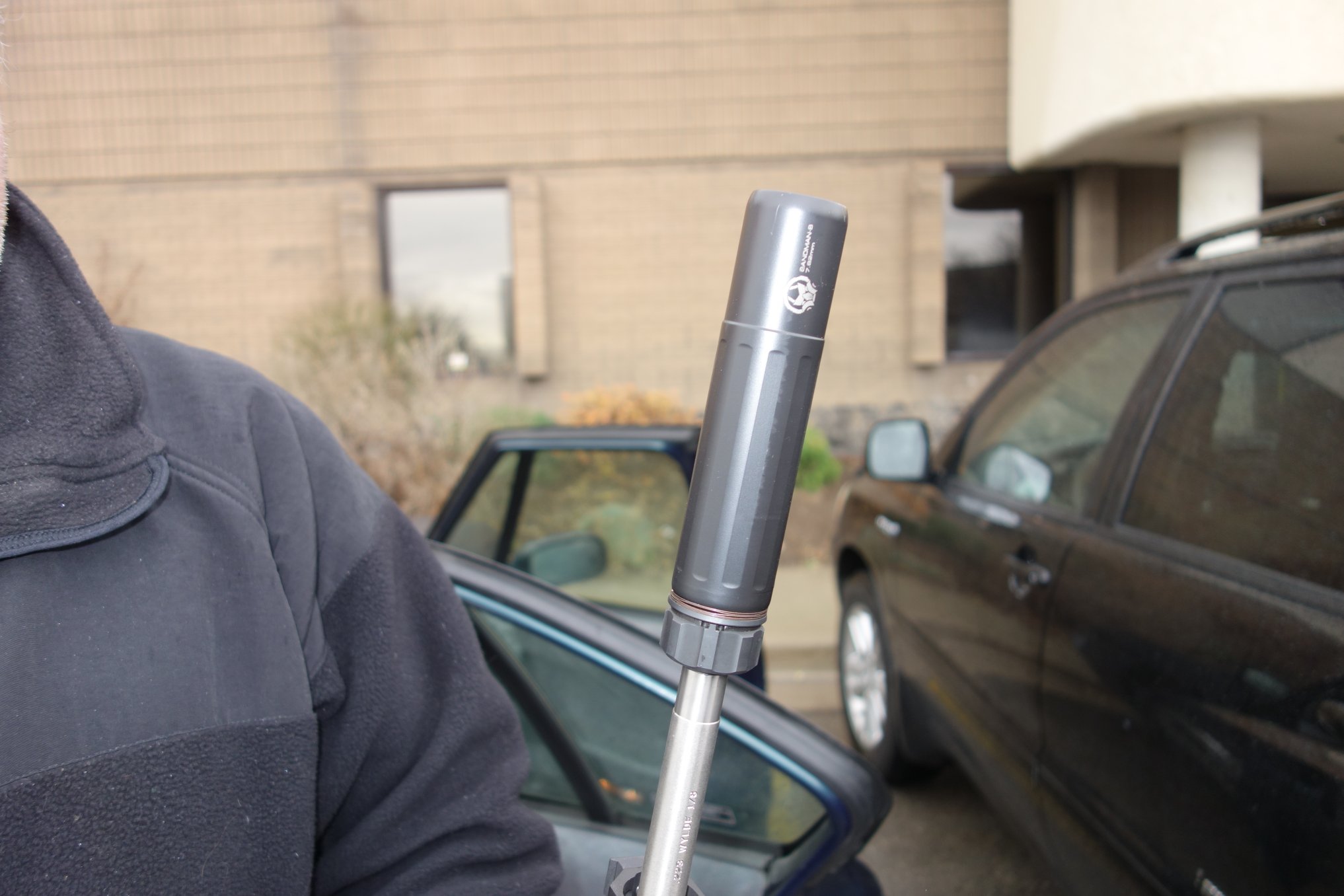 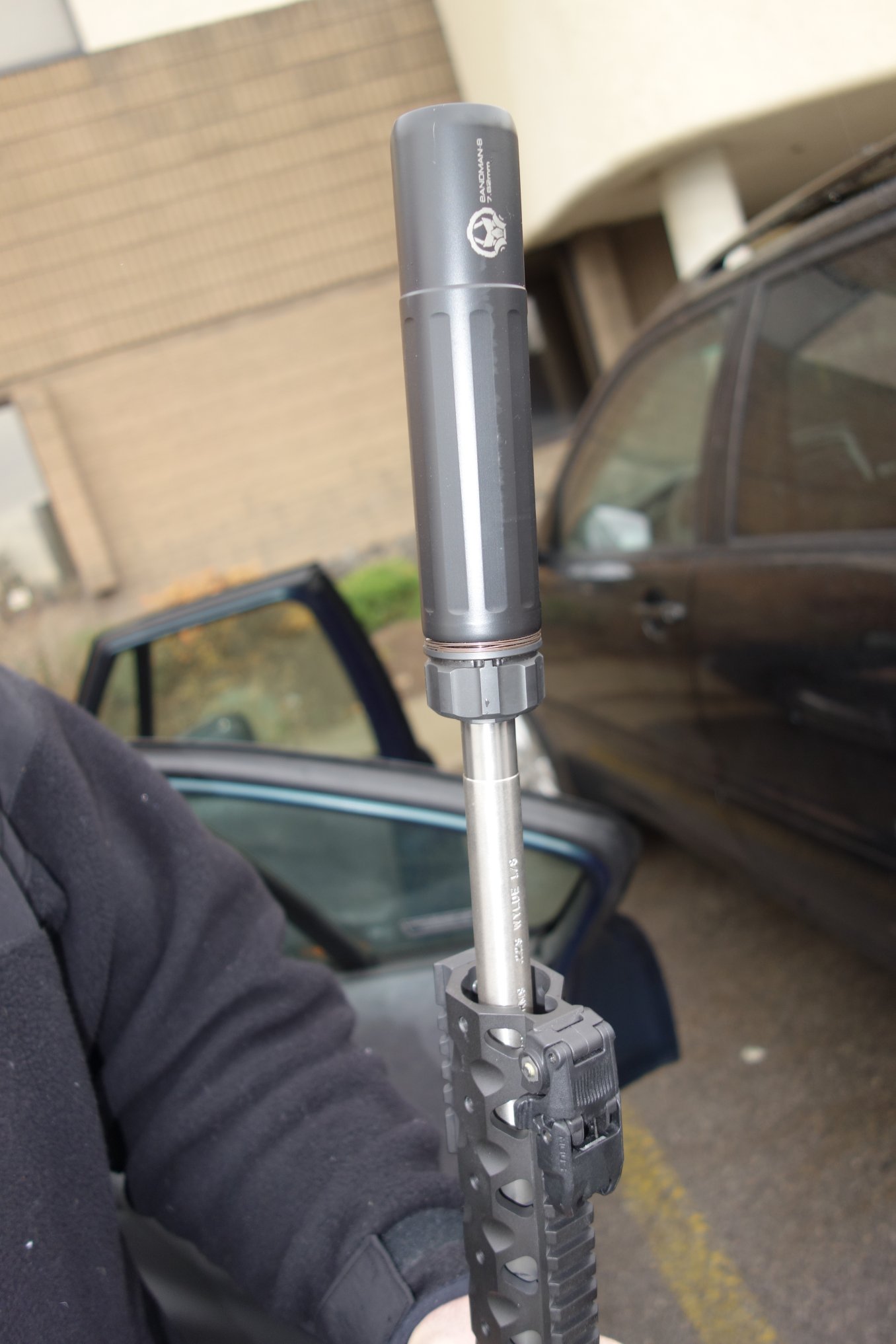 David Crane started publishing online in 2001. Since that time, governments, military organizations, Special Operators (i.e. professional trigger pullers), agencies, and civilian tactical shooters the world over have come to depend on Defense Review as the authoritative source of news and information on "the latest and greatest" in the field of military defense and tactical technology and hardware, including tactical firearms, ammunition, equipment, gear, and training.
Previous Ashbury Precision Ordnance APO Summer Live Fire Shoot & Hope for the Warriors Fundraiser (Fundraising Event): Raffle Being Held for Great Prizes and Training Packages!
Next LUX180 Model 34-36 Multi-Color LED Weapon Light for Tactical AR-15 Rifle/Carbine/SBR’s! (Video!)