Well, we’re still in Virginia Beach, VA, and on our way to see our friends at Special Tactical Services (STS). I’m sitting in the lobby of the DoubleTree Hotel Virginia Beach as I write this. 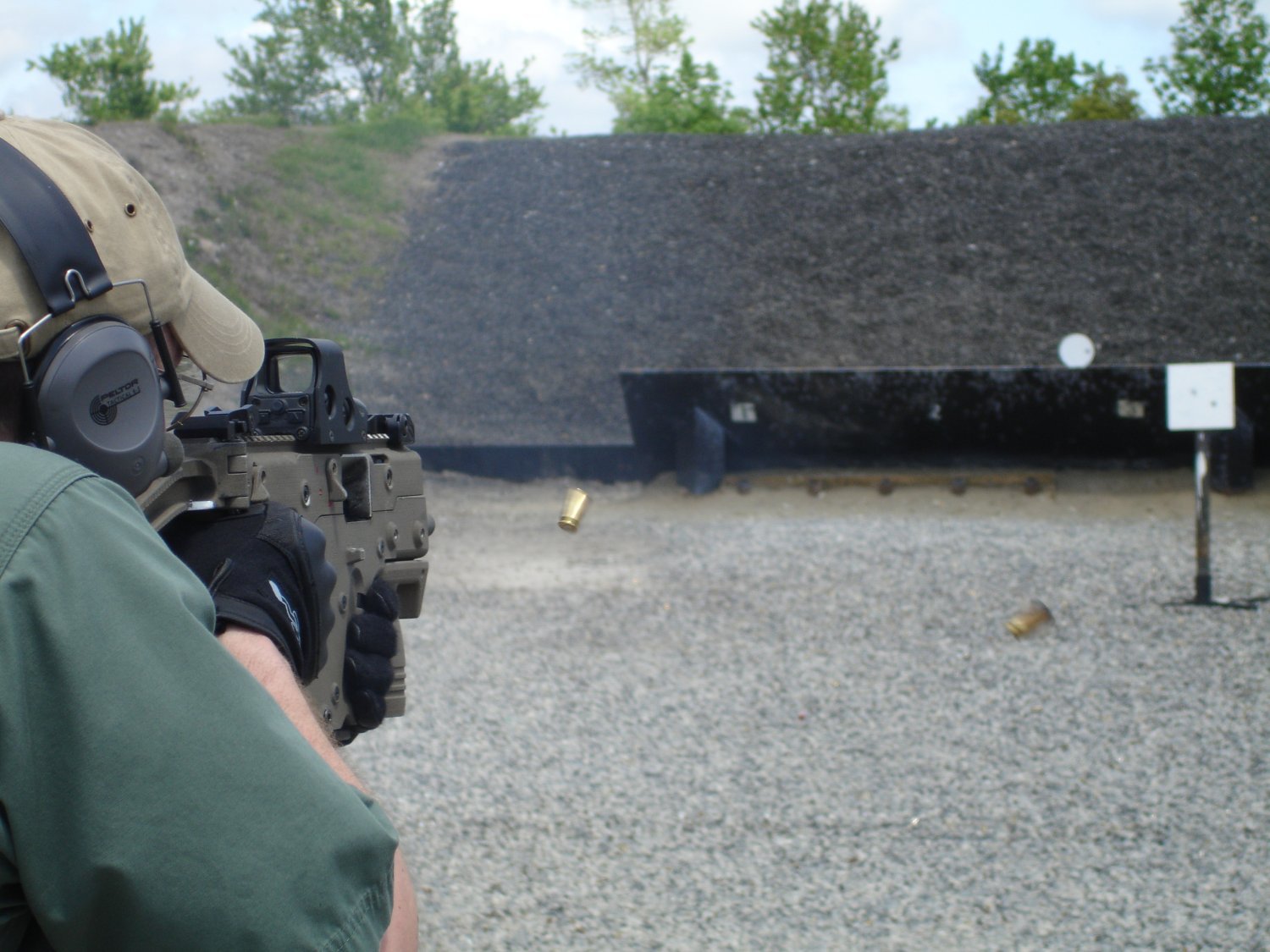 Fortunately, Defense Review had already test fired the KAC 6x35mm CQB PDW at SHOT Show 2007 on one of the KAC ranges. Speaking of that, the KAC CQB PDW, which KAC owner Reed Knight describes as defying the laws of phsyics (due to the terminal ballistics of the 6x35mm cartridge vs. the relatively low felt recoil it generates and compact size of the weapon required to handle it), is a really cool piece, and we greatly enjoyed our short session with it. DefRev fired the weapon on both semi-auto and full-auto, with no malfunctions. However, we only got to put a few magazines through it, and we didn’t get to test it for accuracy. We found the KAC CQB PDW to be pretty controllable on full-auto.

But I digress. Getting back to the Blackwater shoot, while DefenseReview would have liked to have had more time at the range–given the plethora of the latest and greatest advanced tactical weaponry (small arms and light weapons) assembled in one place (we would have liked to have had at least another hour)–frankly, we were glad that we got the opportunity to visit Blackwater USA, and we always rellish any opportunity to shoot the latest stuff. And, Blackwater is an amazing facility.

We’ll discuss our experience with all these guns in a follow-up piece.
Overall, the 2007 NDIA Small Arms Symposium and Exhibition was a very interesting and informative event, and we were very glad that we attended. DefenseReview would like to thank the folks at NDIA for being so great to us, particularly Carissa Mirassol (NDIA Meeting Planner), who did a very professional job and facilitated some things for us. She was really great, and we really appreciate her assistance.

David Crane started publishing online in 2001. Since that time, governments, military organizations, Special Operators (i.e. professional trigger pullers), agencies, and civilian tactical shooters the world over have come to depend on Defense Review as the authoritative source of news and information on "the latest and greatest" in the field of military defense and tactical technology and hardware, including tactical firearms, ammunition, equipment, gear, and training.
Previous DefRev Going to NDIA Small Arms Symposium
Next DefRev Exclusive! MagPul PDR (Personal Defense Rifle) 5.56 PDW (Photos!)