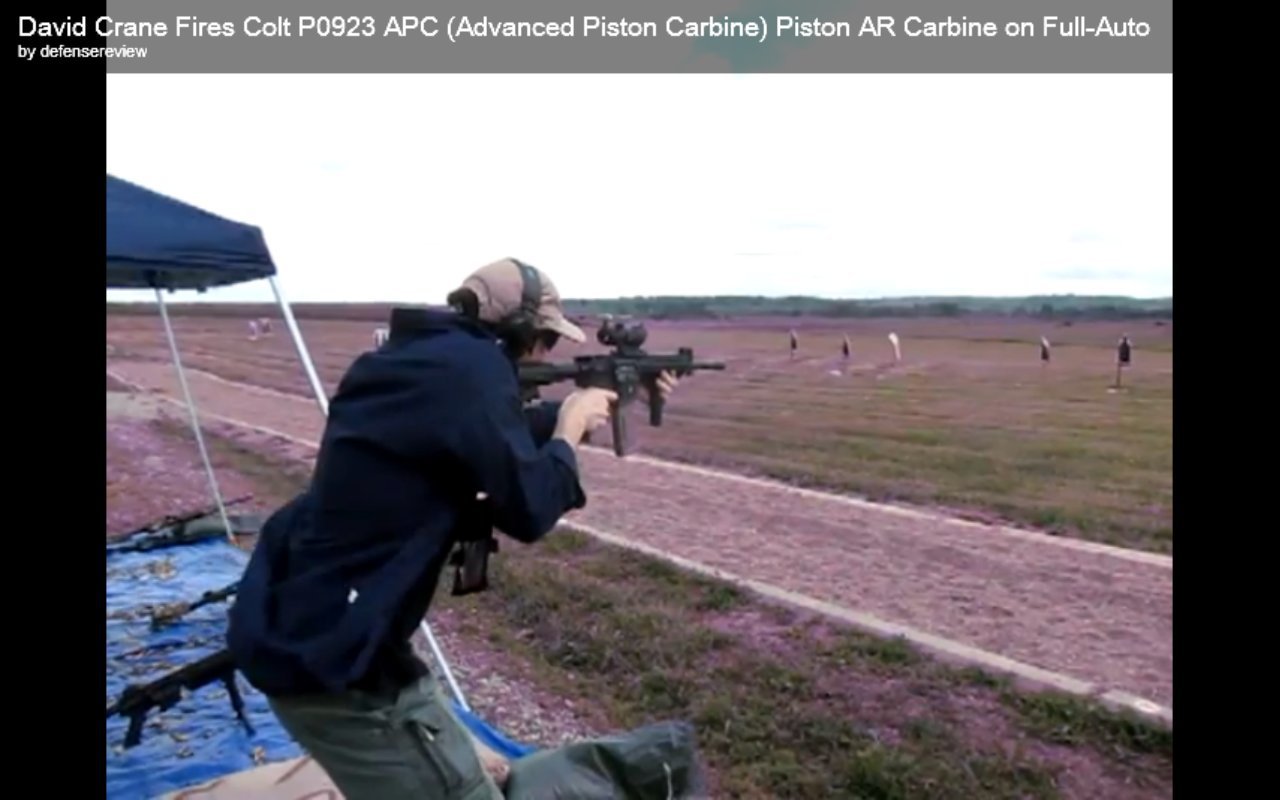 DenseReview (DR) recently experienced the pleasure of running the Colt Model P0923 Advanced Piston Carbine (APC) select-fire gas piston/op-rod (operating rod) AR (AR-15) carbine/SBR (Short Barreled Rifle)/sub-carbine at at the Camp Atterbury Joint Maneuver Training Center (CAJMTC) firing range at during the 2011 International Infantry & Joint Services Small Arms Systems Symposium, Exhibition & Firing Demonstration Range Day shoot on May 26, 2011. The Colt P0923 APC utilizes Colt’s Advanced Piston System/Alternative Operating System (APS/AOS) and is chambered in 5.56x45mm NATO (5.56mm NATO). The Colt APC would appear to be Colt Defense’s answer to the Heckler & Koch HK416 (also written HK 416) piston AR carbine/SBR. Some people seem to be under the impression that H&K was first to the gas piston/op-rod AR party with the HK416, that the “416” is actually an original idea/concept. But, the truth is that Colt was actually way, WAY ahead of our German NATO brethren, designing and developing the Colt Model 703, the first piston AR ever, over 40 years ago, in the late 1960’s.

The NDIA Small Arms Range Day shoot was Defense Review’s second time test-firing the Colt APC. Our first experience with the weapon was at the Colt Defense indoor range at their headquarters in late August/early September 2008. Both shooting experiences were pleasurable ones. Just like in ’08, the round count was low, but there were no weapon malfunctions with the P0923 APC test weapon at Camp Atterbury. 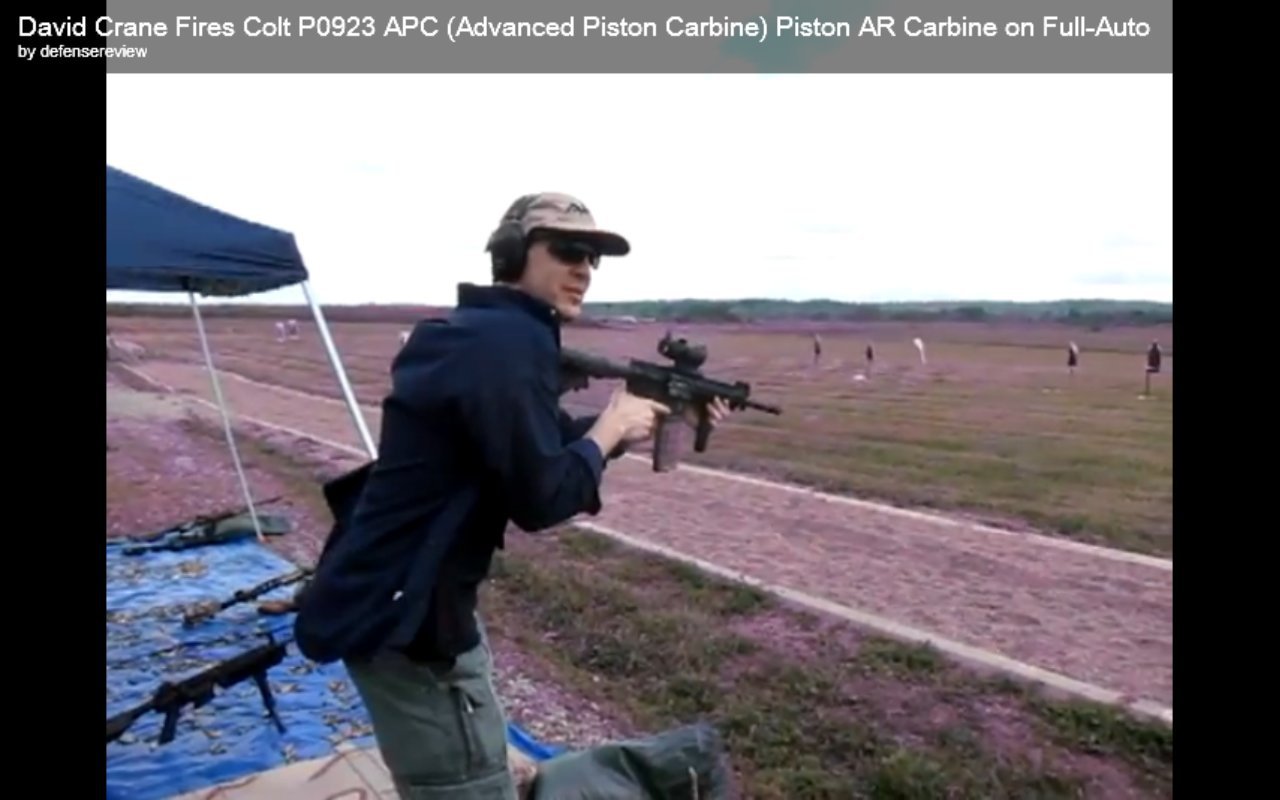 In DR’s opinion, if the Colt P0923 APC piston AR carbine/SBR proves reliable, accurate, and durable/rugged under adverse conditons and high round count, Colt will have a winner on their hands, and the HK416 will have some serious competition in military and law enforcement (LE) circles. The same can be said for the HK MR556A1 semi-auto piston AR, since it’s DefenseReview’s understanding the Colt’s Manufacturing will be marketing a semi-auto-only commercial version of the P0923 APC to civilians at some point in the future, just like they’ll be doing with the CM901 as the SP901. The CM901 is a modular/multicaliber 7.62mm NATO/5.56mm NATO tactical AR carbine/SBR with a universal/common lower receiver that can utilize/accept the MagPul PMAG 20LR 7.62x51mm NATO/.308 Win. SR-25-type magazine and 4179 STANAG 5.56x45mm NATO/.223 Rem. AR mags, as well as 7.62mm NATO and 5.56mm NATO AR upper receivers.

Editor’s Note: The wiseass making the five-finger hand gesture above and behind the author’s head at the beginning of the video clip below is Colt Defense chief engineer Kevin Langevin, whom the author will deal with later. 😉