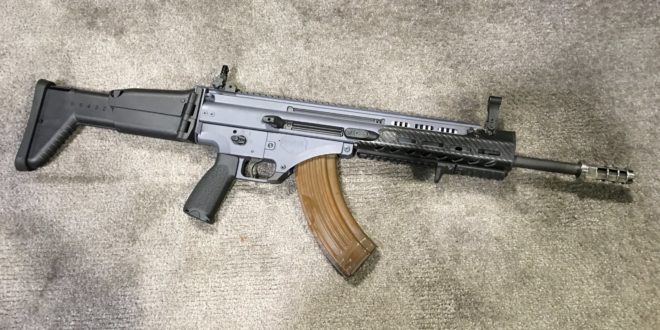 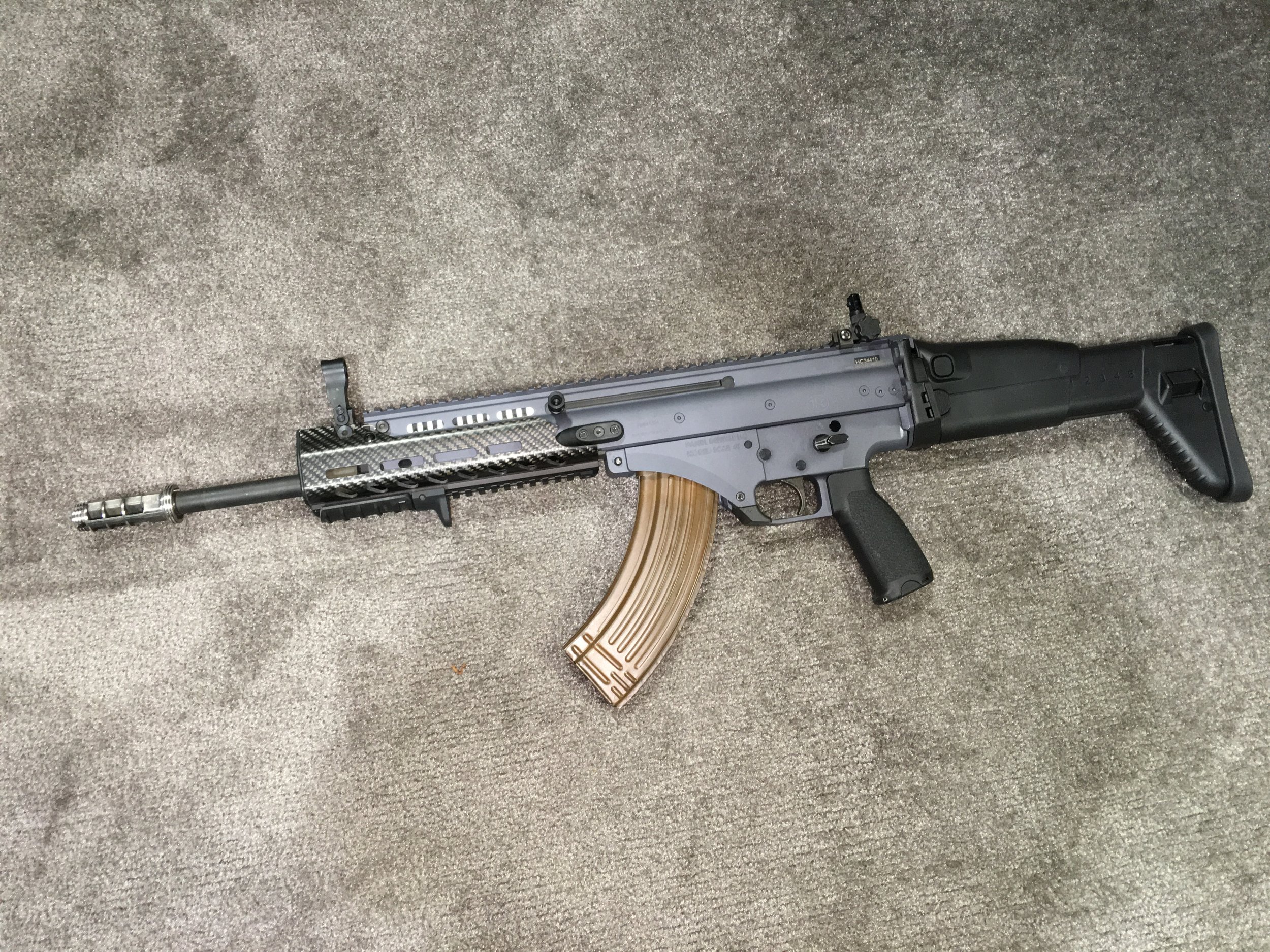 A company called Handl Defense out of Preston, Washington is doing some really awesome things with the FN SCAR family of weapons. Specifically, they’re making modular aftermarket FN SCAR trigger-module-and-barrel (and mag) caliber conversions and Advanced Fore-Rail (AFR) carbon fiber M-LOK tactical hand guards/rail systems that seem to be of very high quality, and well-designed. DefenseReview (DR) was really blown away by the plethora of interesting aftermarket FN SCAR products we saw at the Handl Defense booth at SOFIC (Special Operations Forces Industry Conference) 2016, despite the fact that we’re primarily tactical AR-15/M4/M4A1 Carbine/SBR (Short Barreled Rifle) fans, and haven’t really had much interest in the SCAR weapons in awhile, at least not since we handled and test-fired the FN SCAR MK-16 PDW 5.56mm NATO (5.56x45mm NATO) back in 2011. So, the Handl Defense products were really a pleasant and very welcom discovery/surprise. 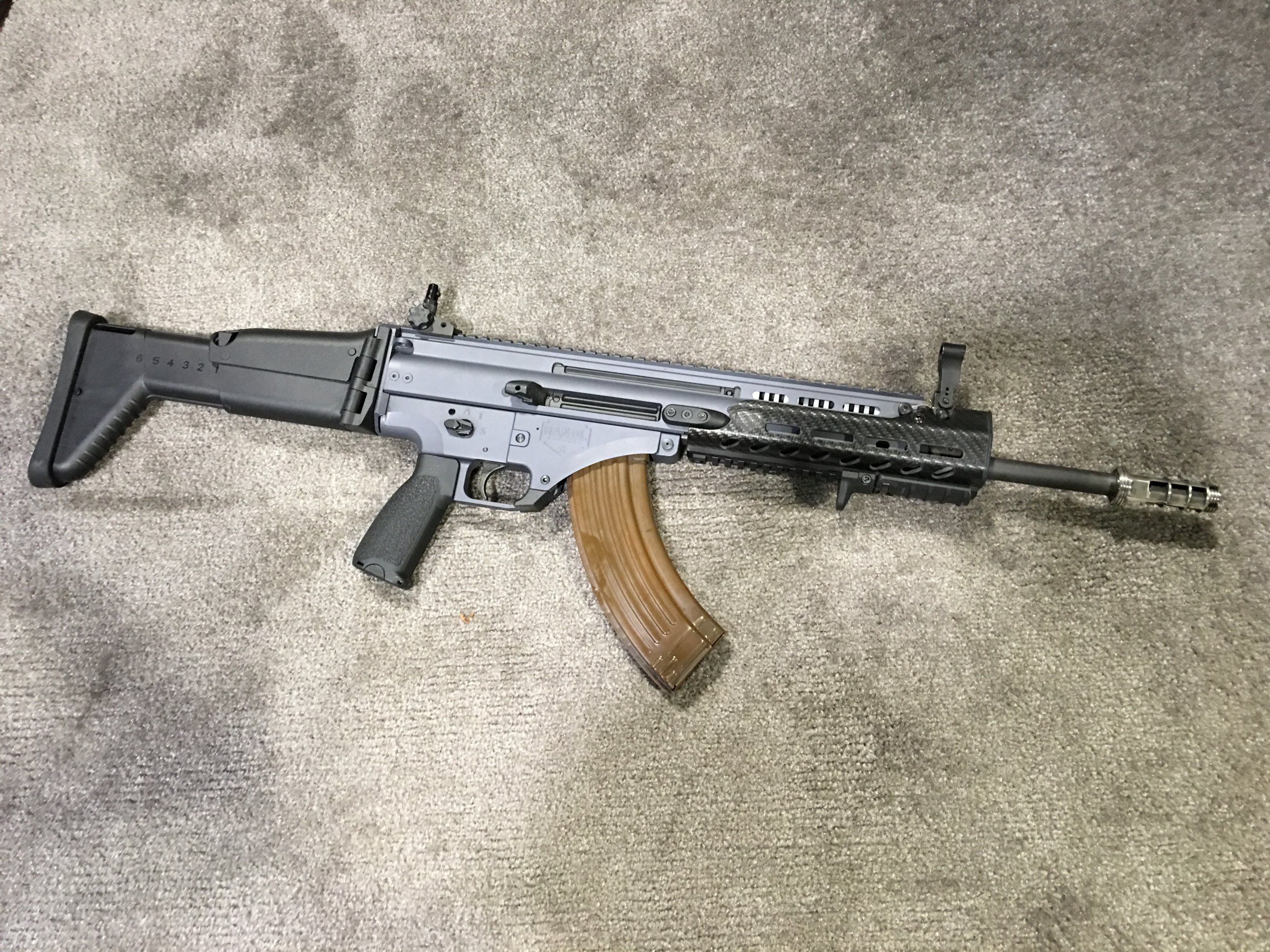 Listen, we could go into A LOT of detail on the products, but the basic skinny is this, if you’re looking for an FN SCAR MK-17 that’s SR-25 mag (magazine)-compatible, a caliber conversion to 7.62x39mm Russian (using AK-47/AKM mags), 300 Blackout (300BLK), and/or .260 Remington, AND/OR carbon fiber rail systems for all of the above, you need look no further. Handl Defense is your one-stop shop. They’ve got it all. The HD MK17 – AK Trigger Module/lower receiver is particularly interesting. It’s made of 7075-T6 aluminum right here in the USA, and turns your SCAR into a 7.62x39mm Russian AK (AK-47/AKM), since it allows you to use AK mags. It’s pretty badass. DR likes the 7.62x39mm cartridge, since it’s battle-proven, effective and reliable (in curved AK mags, thanks to the tapered case design).

We also really like the 300BLK caliber-conversion (barrel kit), since we’re fans of that cartridge, particularly when we want to go suppressed. 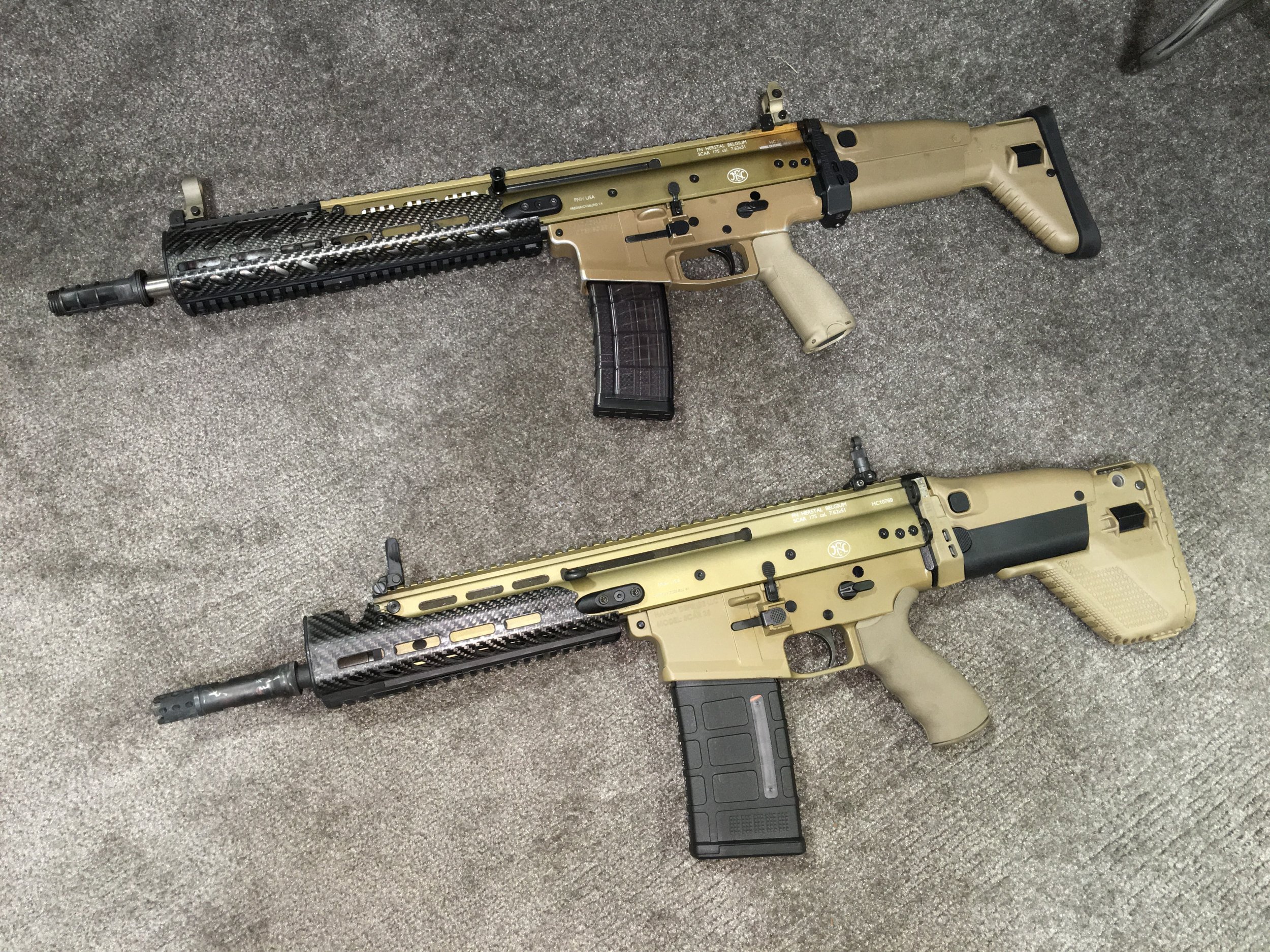 The only caveat these seemingly awesome Handl Defense products would appear to be their cost. Quality doesn’t come cheap, partuclarly for the complete FN SCAR weapons systems, since you have to first pay for the cost of the SCAR weapon, itself. Regardless, Handl Defense appears to have really raised the SCAR game, and is definitely a company to watch. 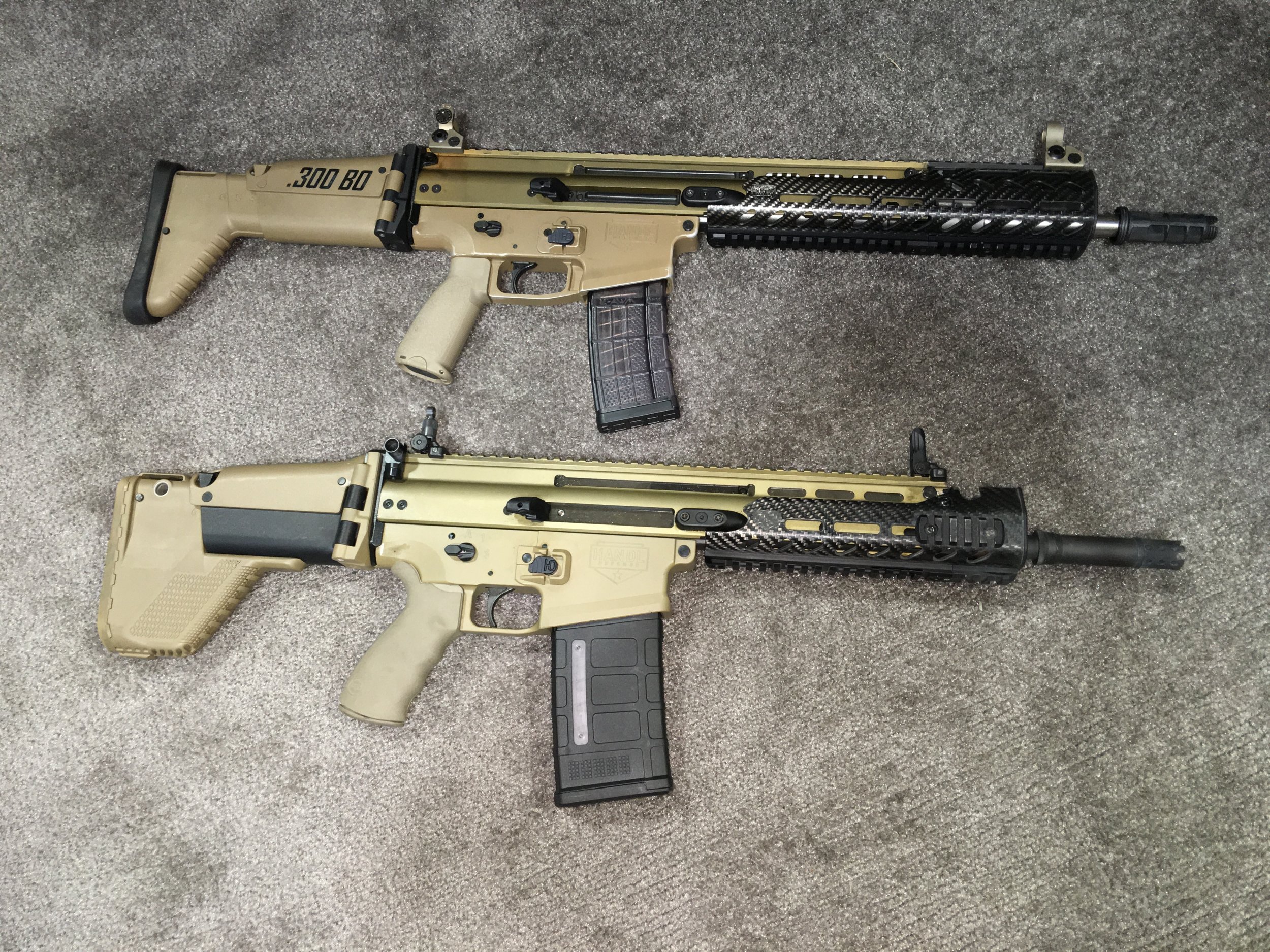 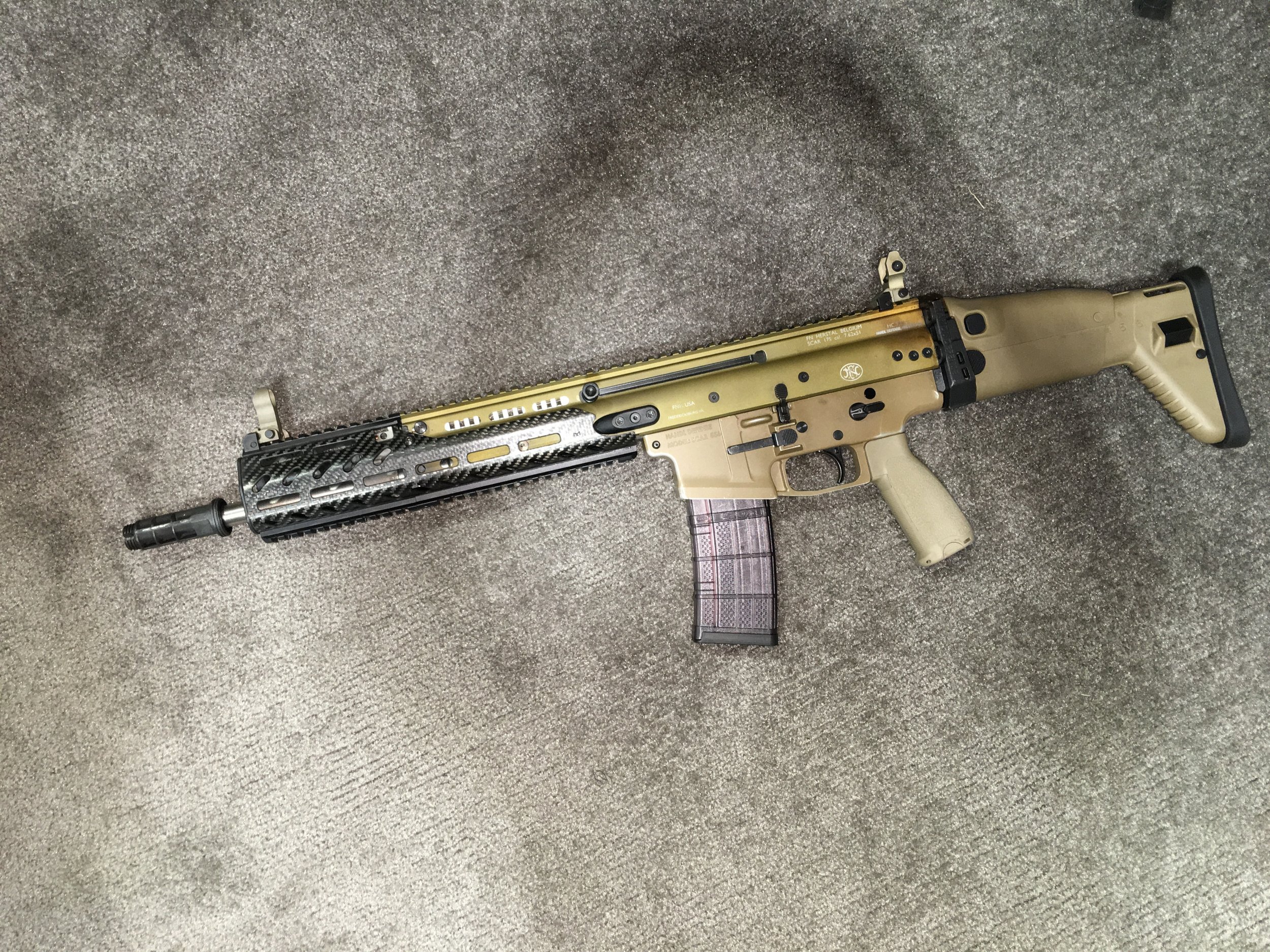 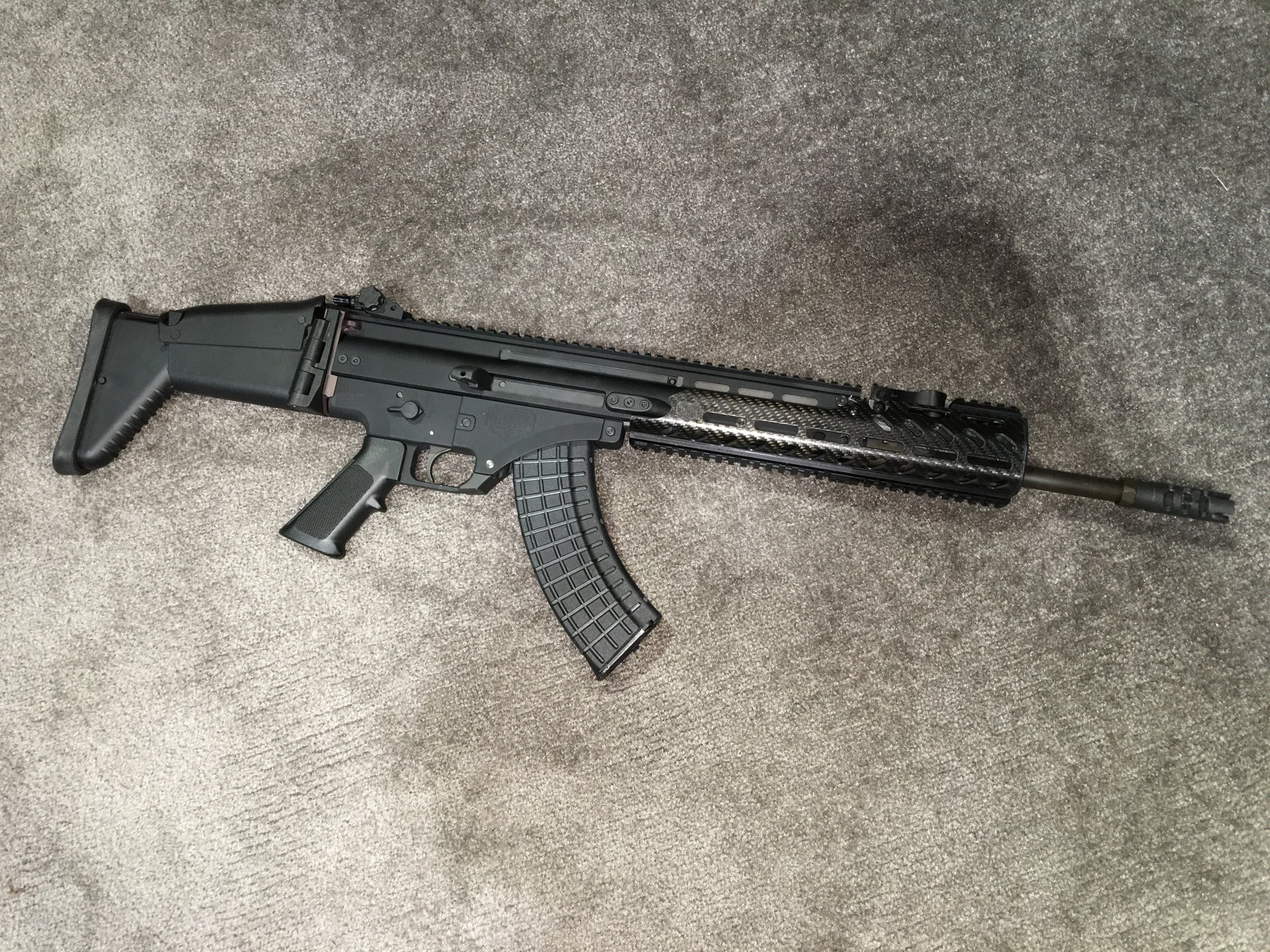 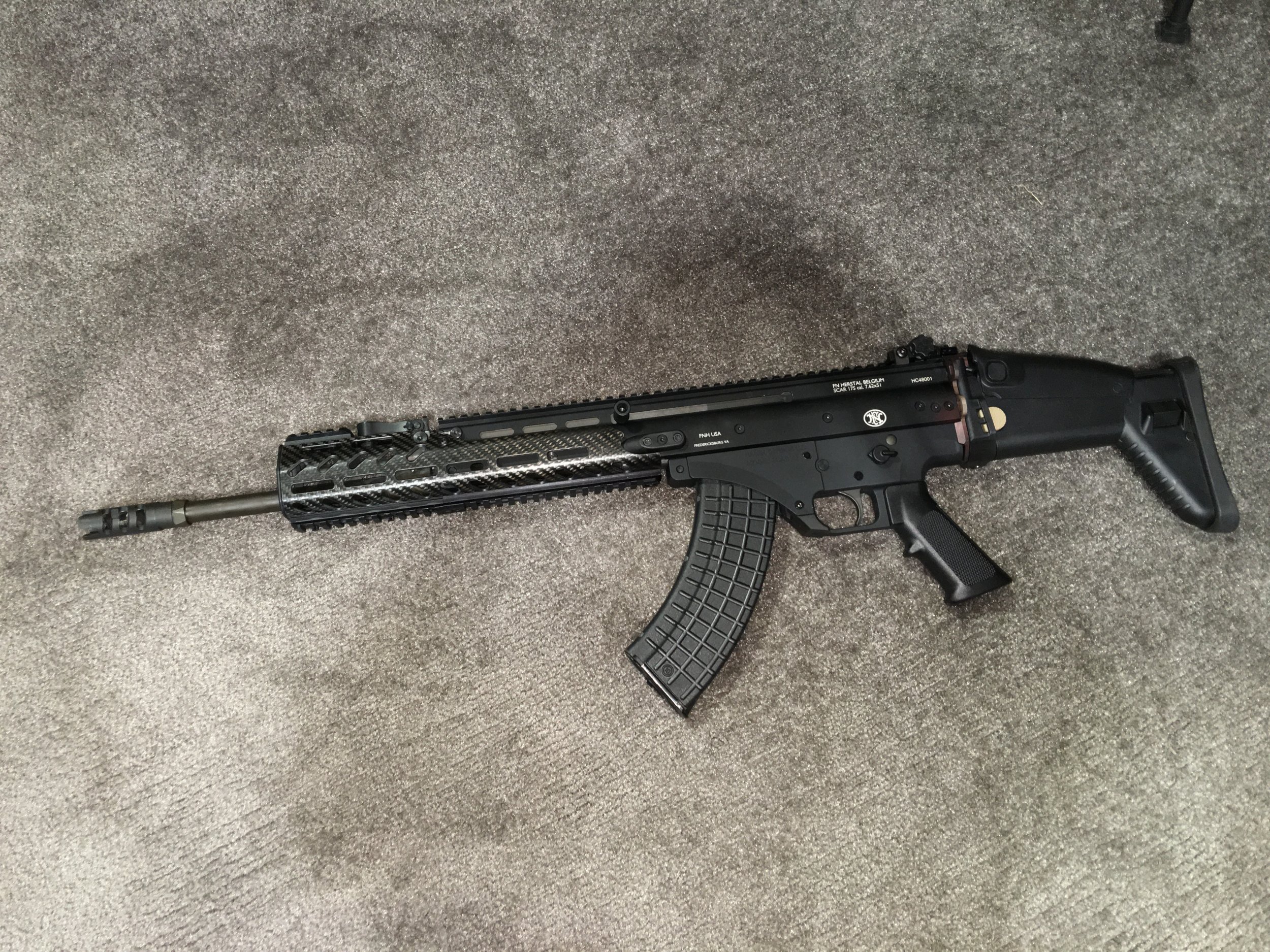 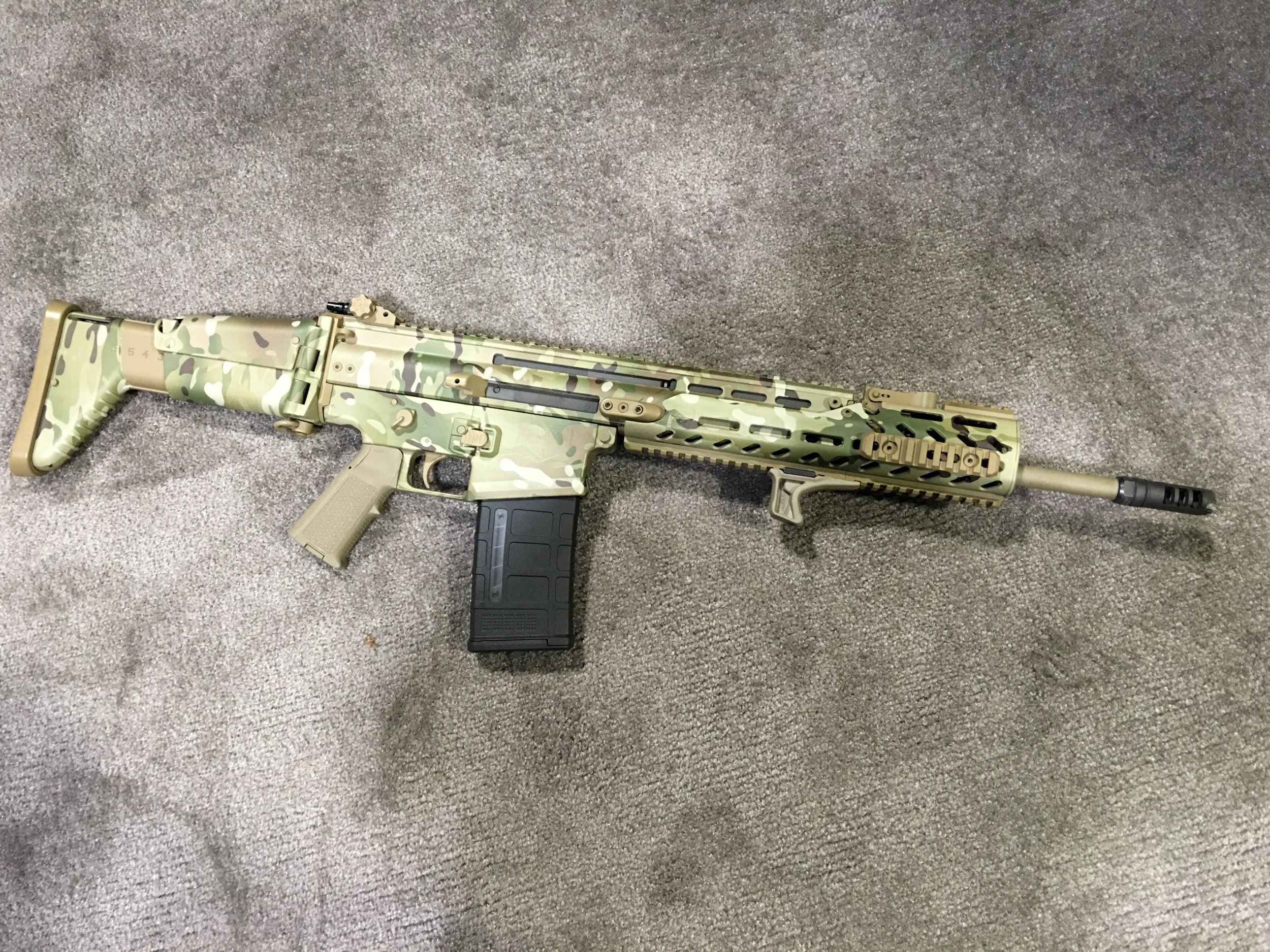 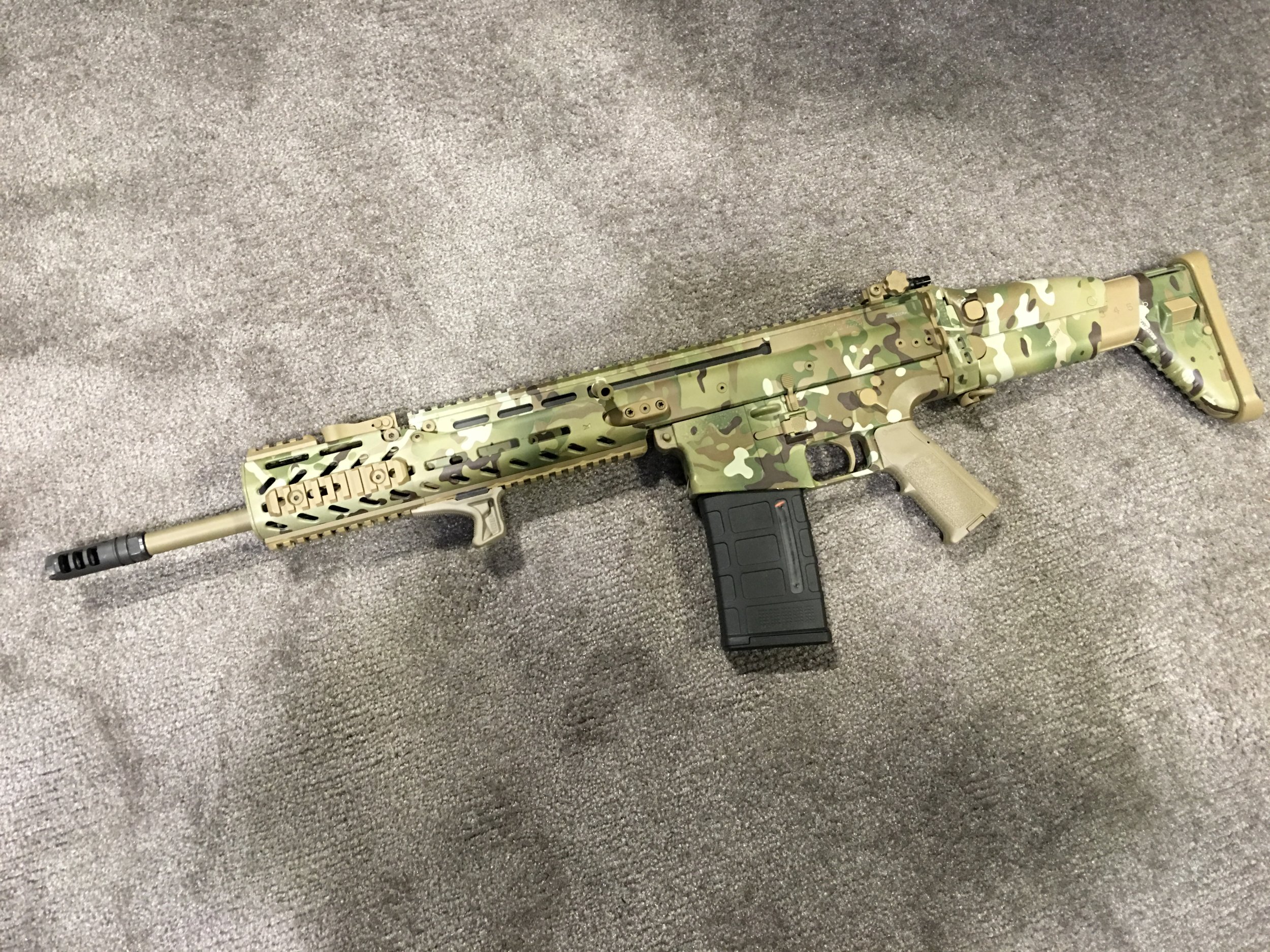 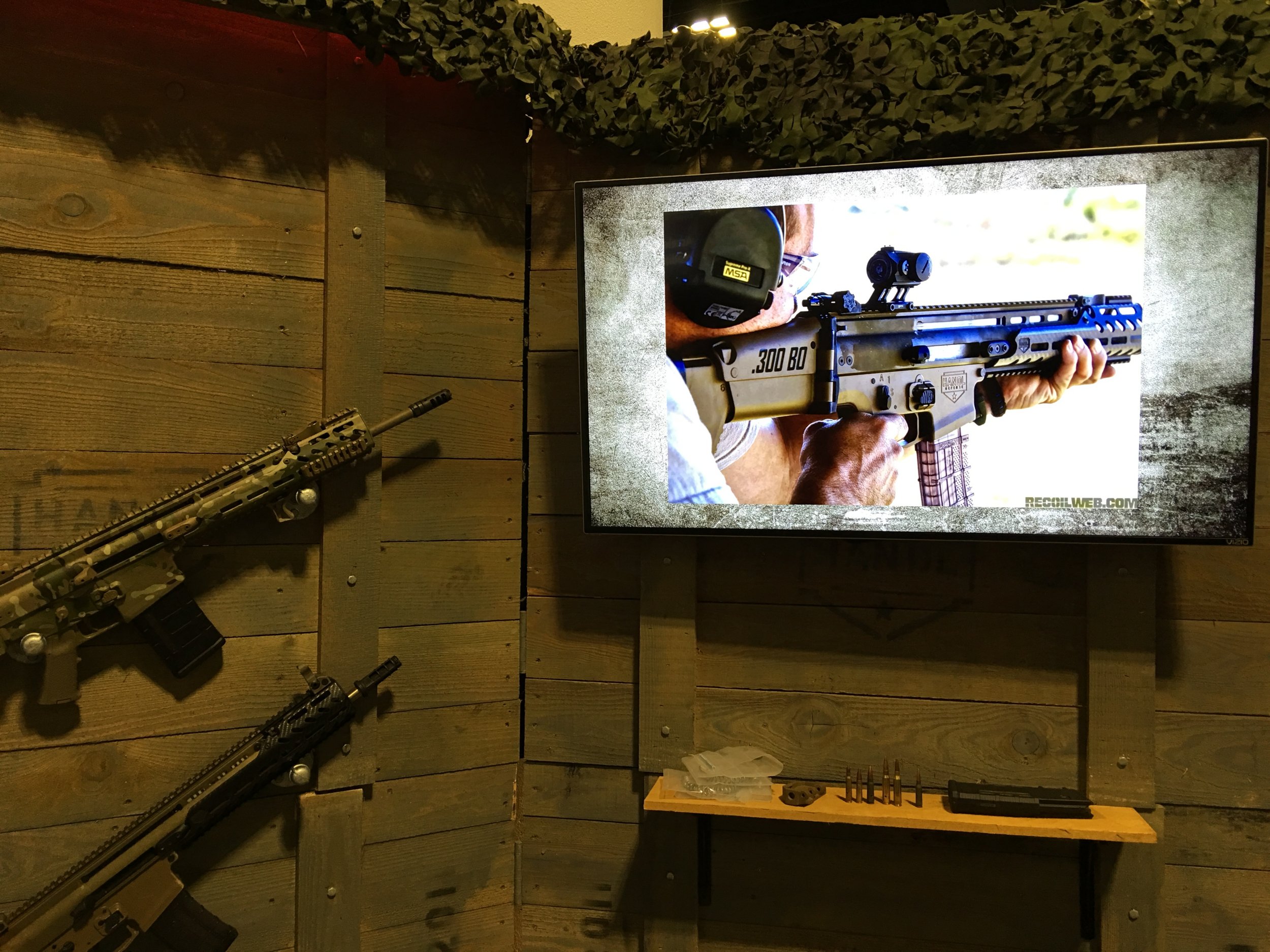 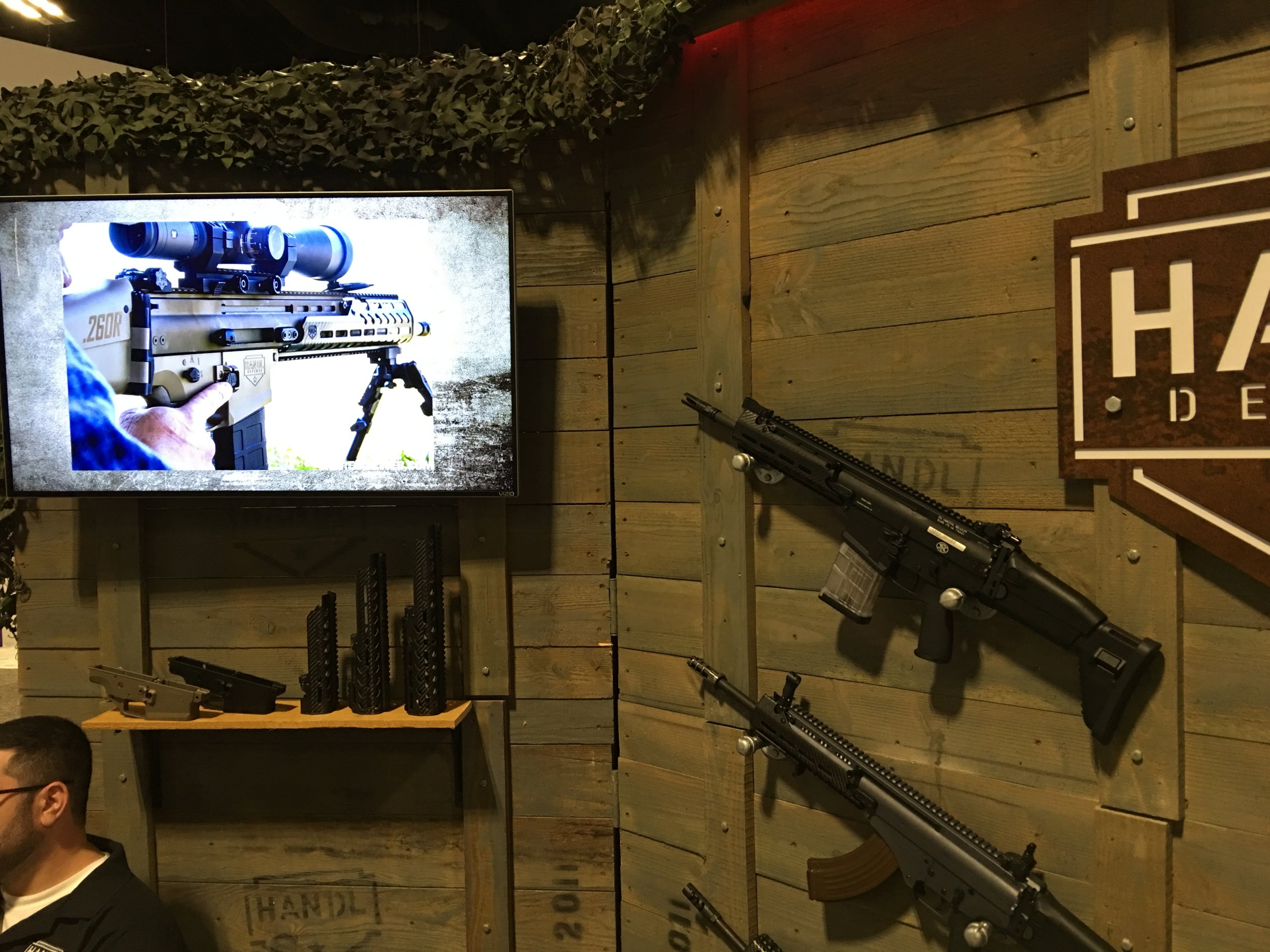 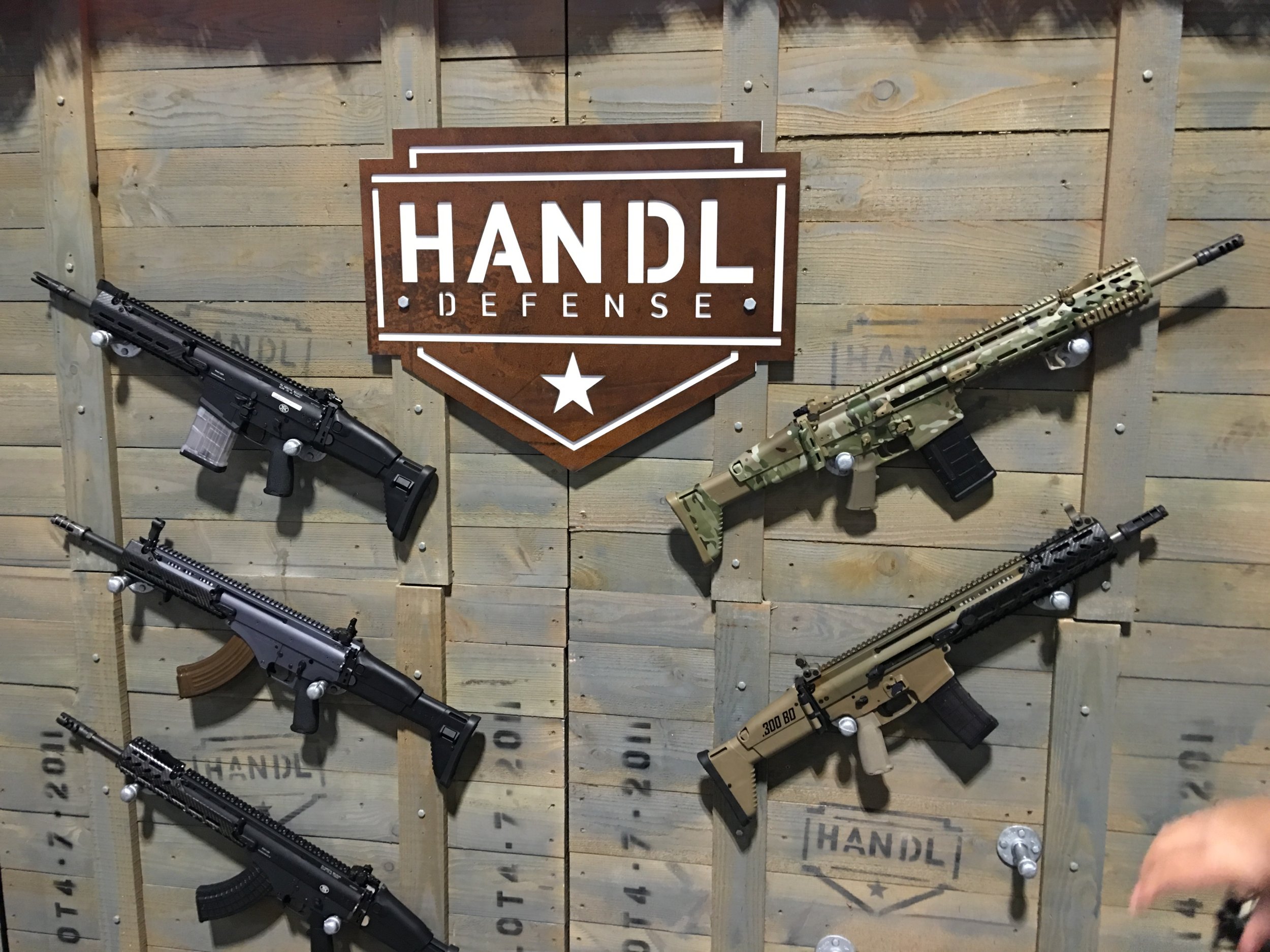 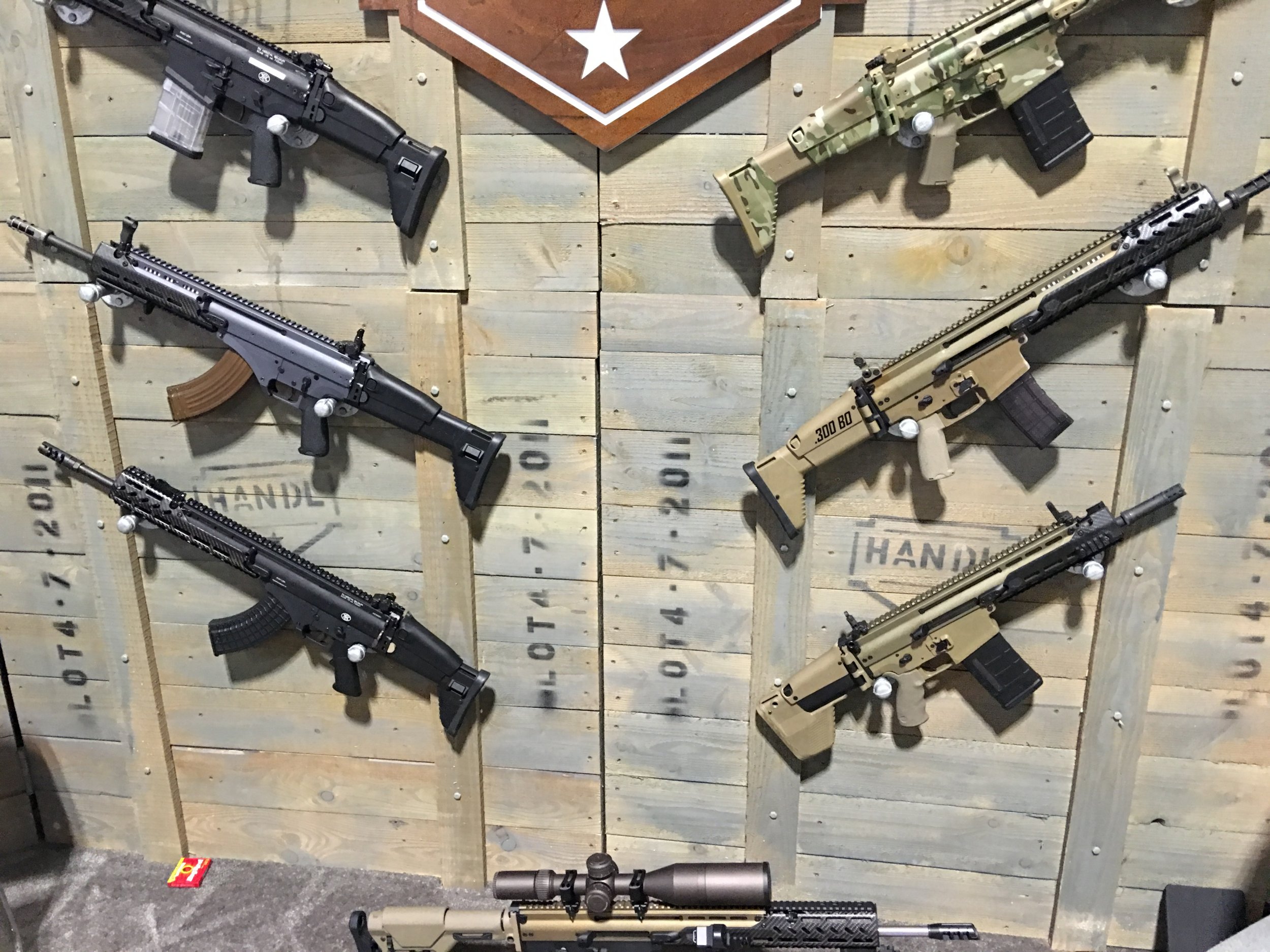 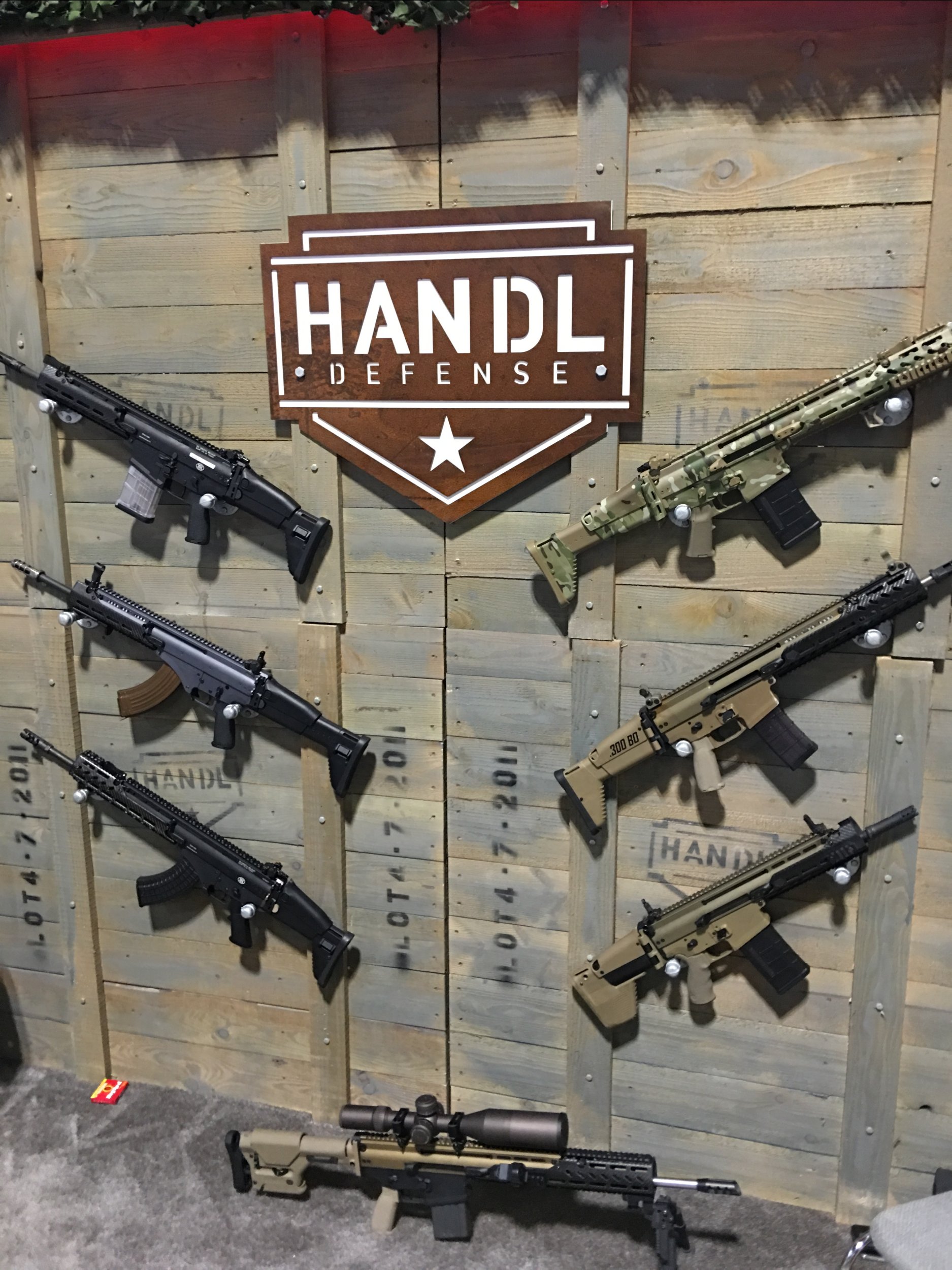