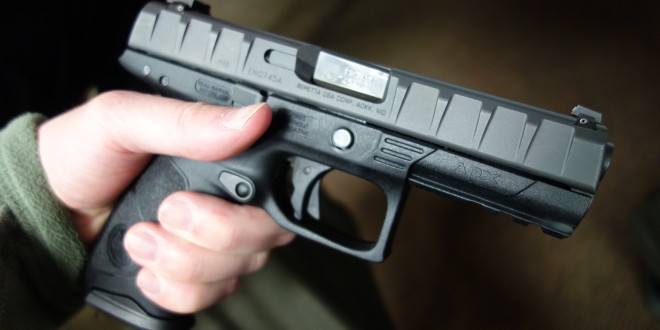 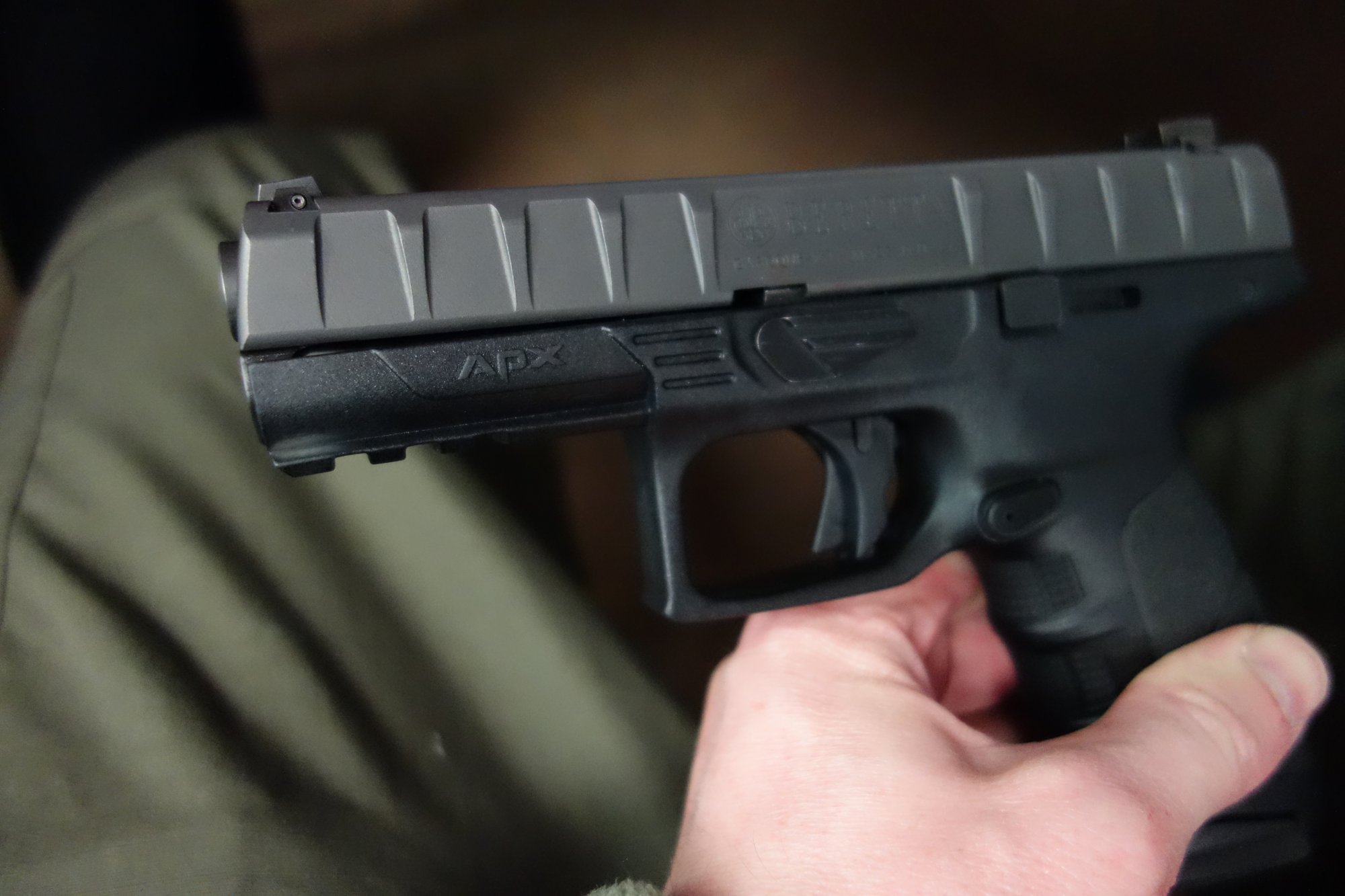 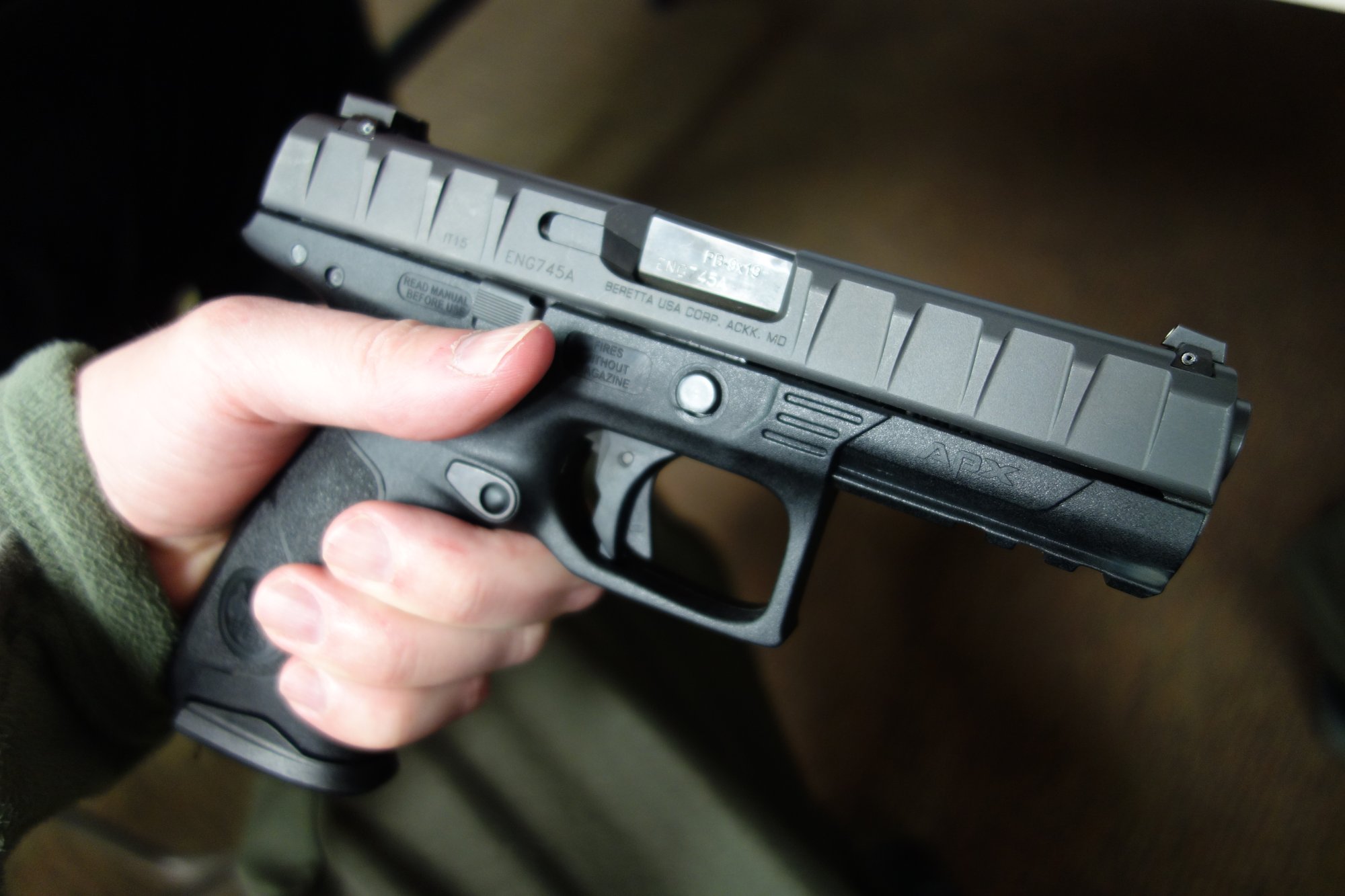 DefenseReview (DR) recently got to handle a prototype Beretta APX pistol at Beretta Tactical Summit 2015 (the first one ever), and it impressed us. Being a prototype, we only got to handle it for a few minutes, not fire it at the range. However, the pistol looks good AND feels good in the hand. The first thing DR tested was the trigger pull (listed by Beretta’s literature as 6mm in length), which felt good. We particularly liked the trigger’s short reset (listed by Beretta’s literature as 3mm in length). The APX’s trigger is nice and wide, with a very prominent trigger safety. DR doesn’t know if the APX’s trigger module will allow the user to quickly and easily adjust the trigger pull at the end-user/operator level. Again, the APX’s trigger pack (trigger module) is the serialized component of the gun, and most likely relatively expensive to replace versus the replacement Glock trigger parts required for adjusting the Glock’s trigger-pull weight. Then again, unless you’re using the APX for IPSC or 3-Gun competition, you’d be best advised not to adjust the APX’s factory trigger-pull weight or length-of-pull or reset length.

The APX’s large, coarse slide serrations are very easy to grab, and ease slide manipulation. Defense Review found the APX’s gripframe well designed and very comfortable to hold. We particularly like the extended beavertail grip tang that extends pretty far back, while remaining almost flush with the rear of the slide. It’s an interesting and aesthetically pleasing design aspect, and it should eliminate any possibility of slide bite, which is problem with Gen-3 Glock pistols, including DR’s Gen-3 Glock 19 (G19). 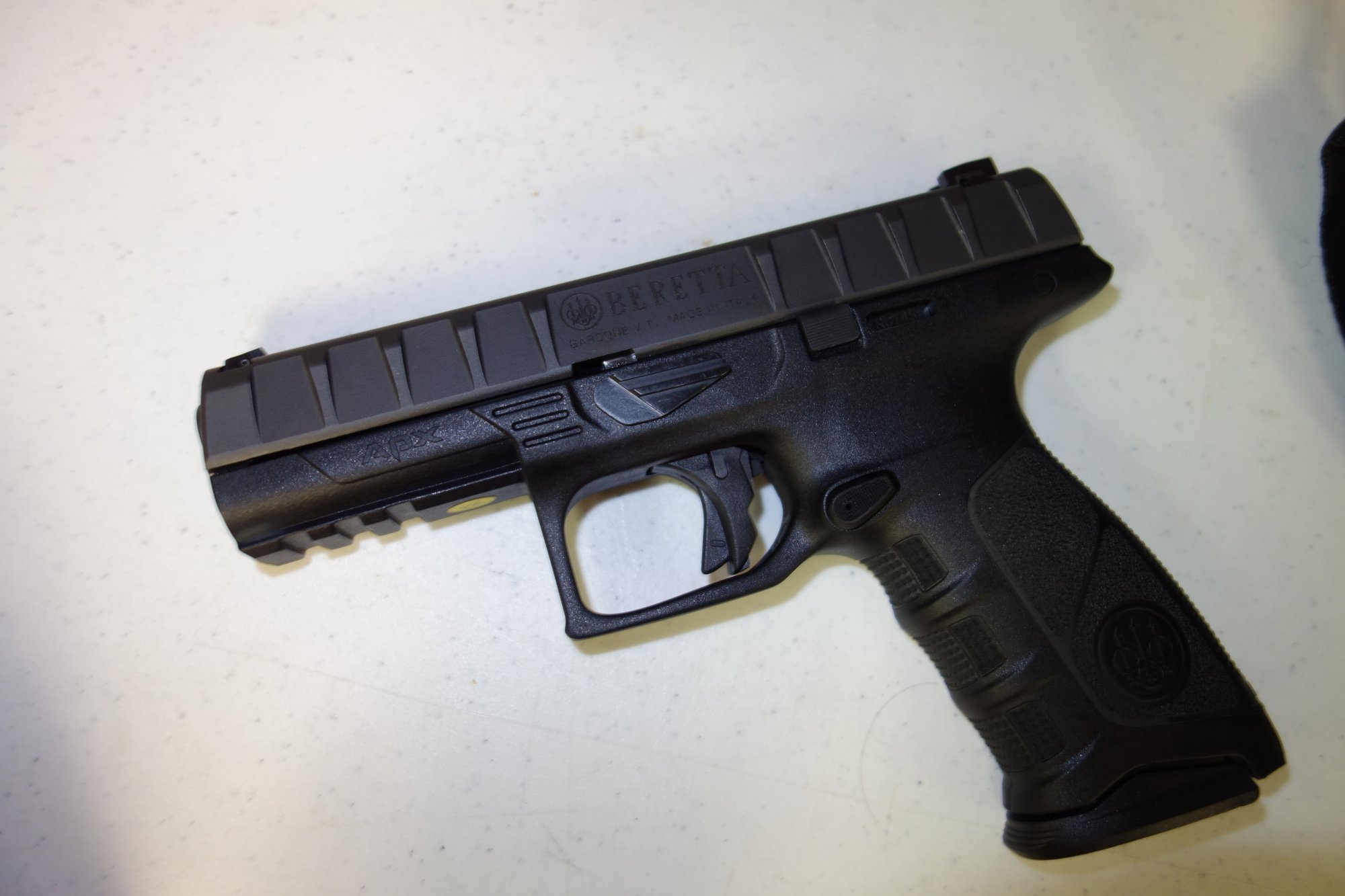 The APX’s bore axis is also very low, which should minimize muzzle flip and aid in fast follow-up shots.

Speaking of Glock pistols, if the Beretta APX proves reliable, accurate and durable under high round count and adverse conditions, it will join the Smith & Wesson M&P, HK VP9 and the Walther polymer-frame pistols  (including the Walther PPQ M1 Classic, Walther PPQ M2 and Walther PPX) in chipping away at Glocks dominance of the polymer-framed, striker-fired pistol market. It may have taken the Italians quite a bit longer than than the Americans, Germans and Austrians to design and develop a pistol in this genre, but Beretta’s certainly doing it with some flair and aplomb, better late than never, and the more competition the better. Just because you already own a Porsche, that doesn’t mean you can’t buy a Ferrari to enjoy and park right next to it–assuming you have the funds, of course.

Anyway, DR looks forward to test-firing the production-version APX pistol as soon as possible. We also look forward to seeing compact and sub-compact APX variants developed. Hopefully, Beretta will develop compact and/or sub-compact single-stack APX variants to compete against pistols like the new Glock 43 (G43). In the meantime, it will be interesting to see how the Beretta APX performs in the US Army Modular Handgun System (MHS) program competition/trials to replace the Beretta M9 pistol, for which we believe the APX was developed. 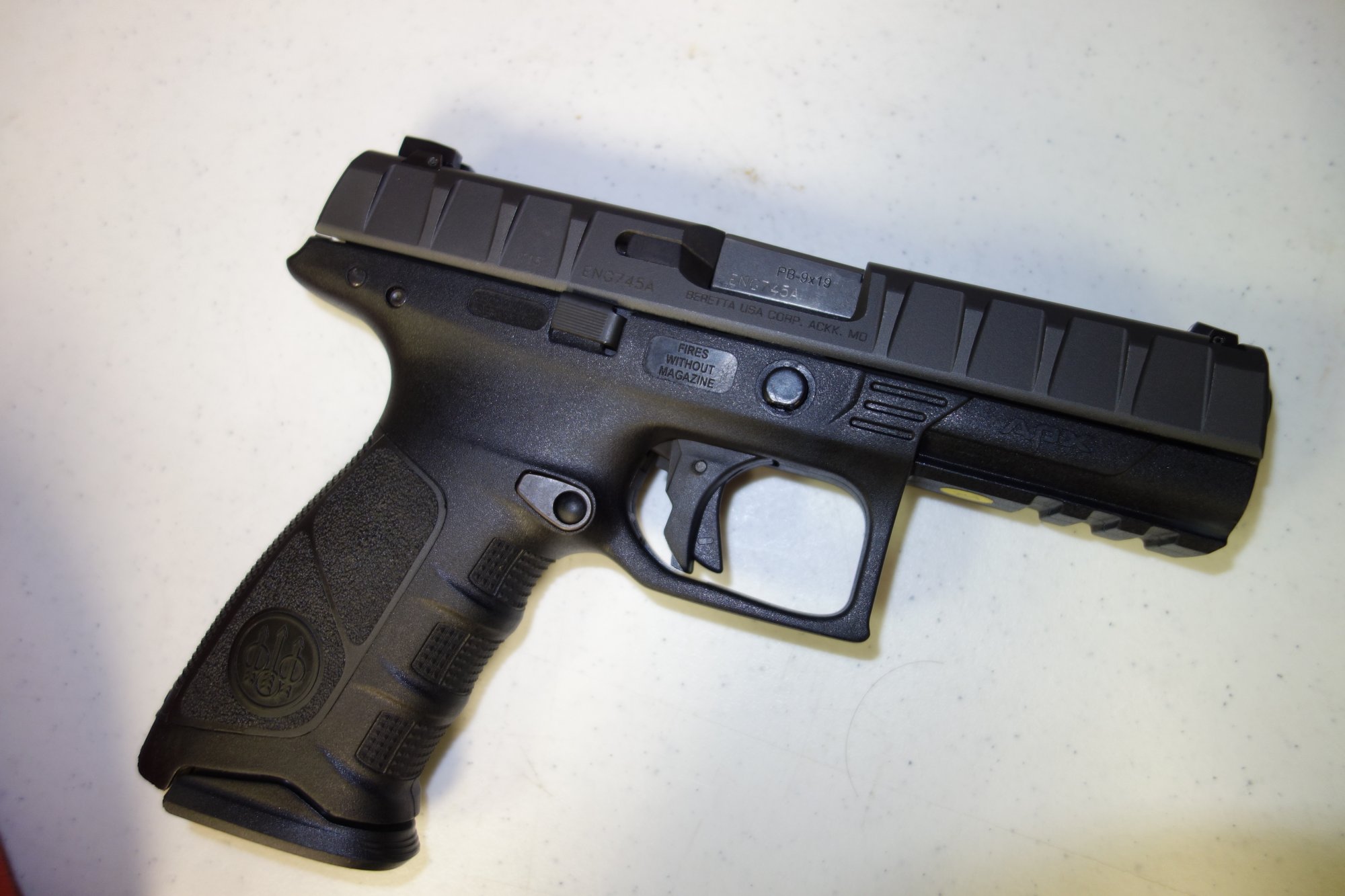 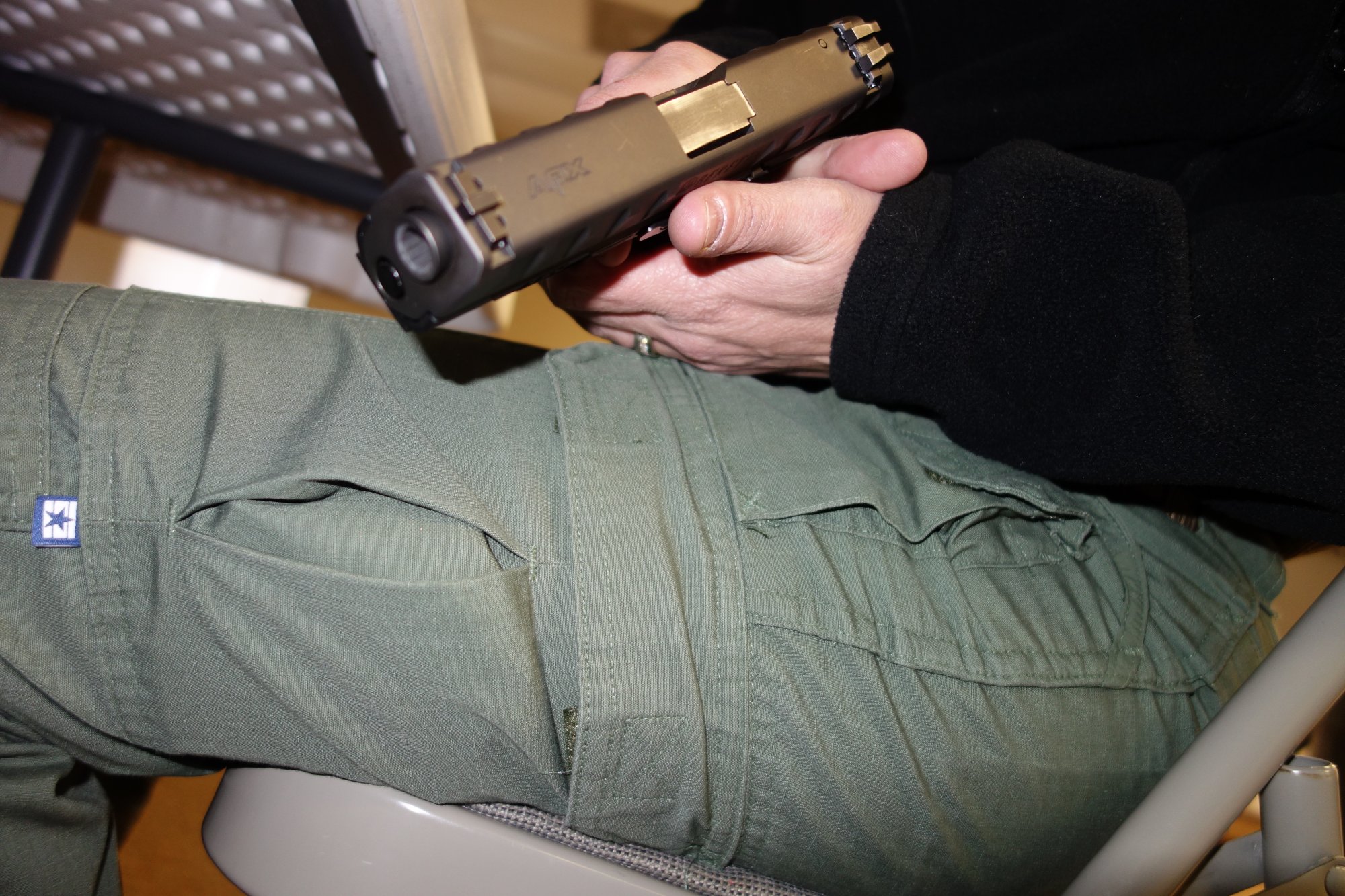 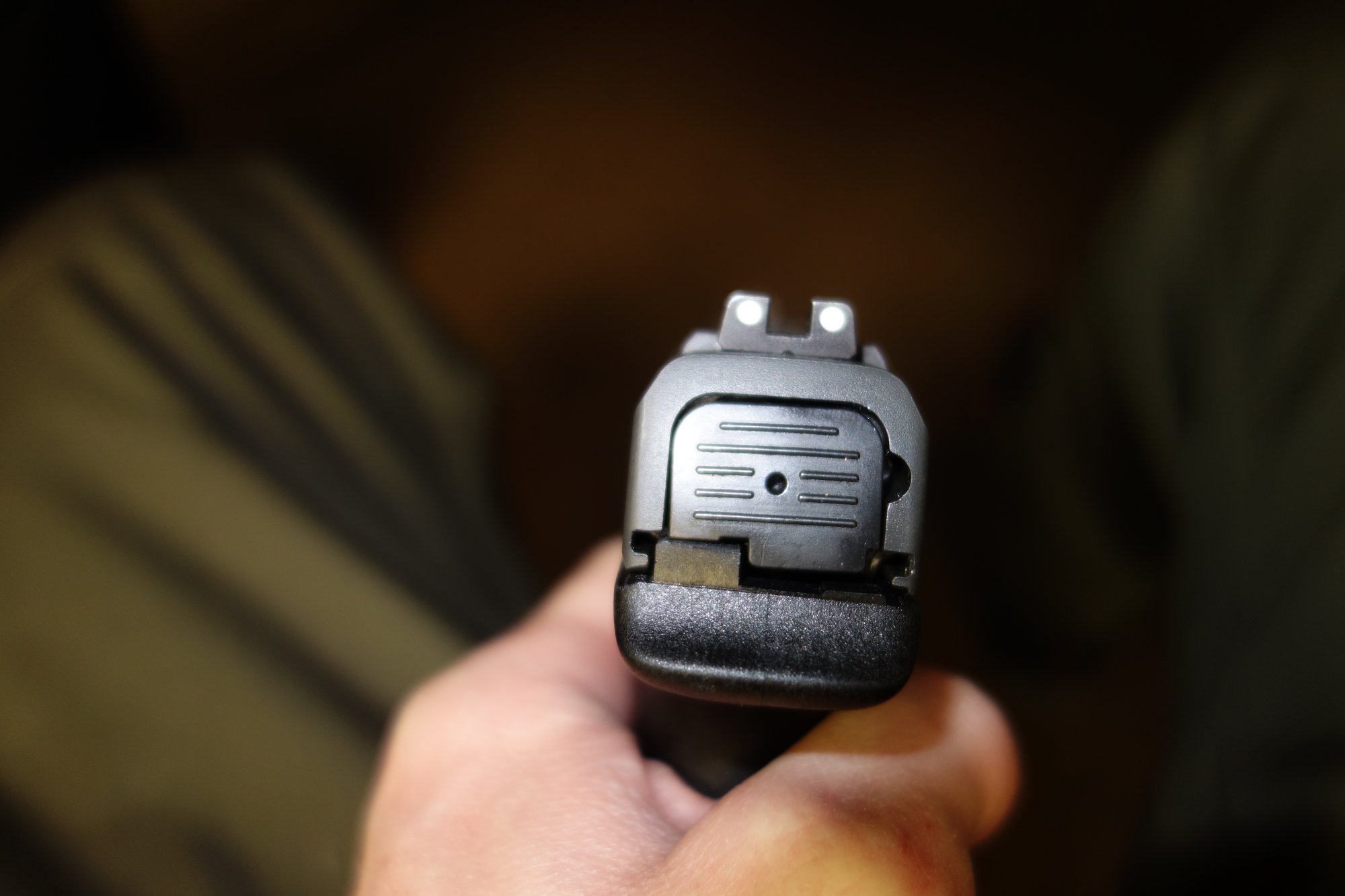 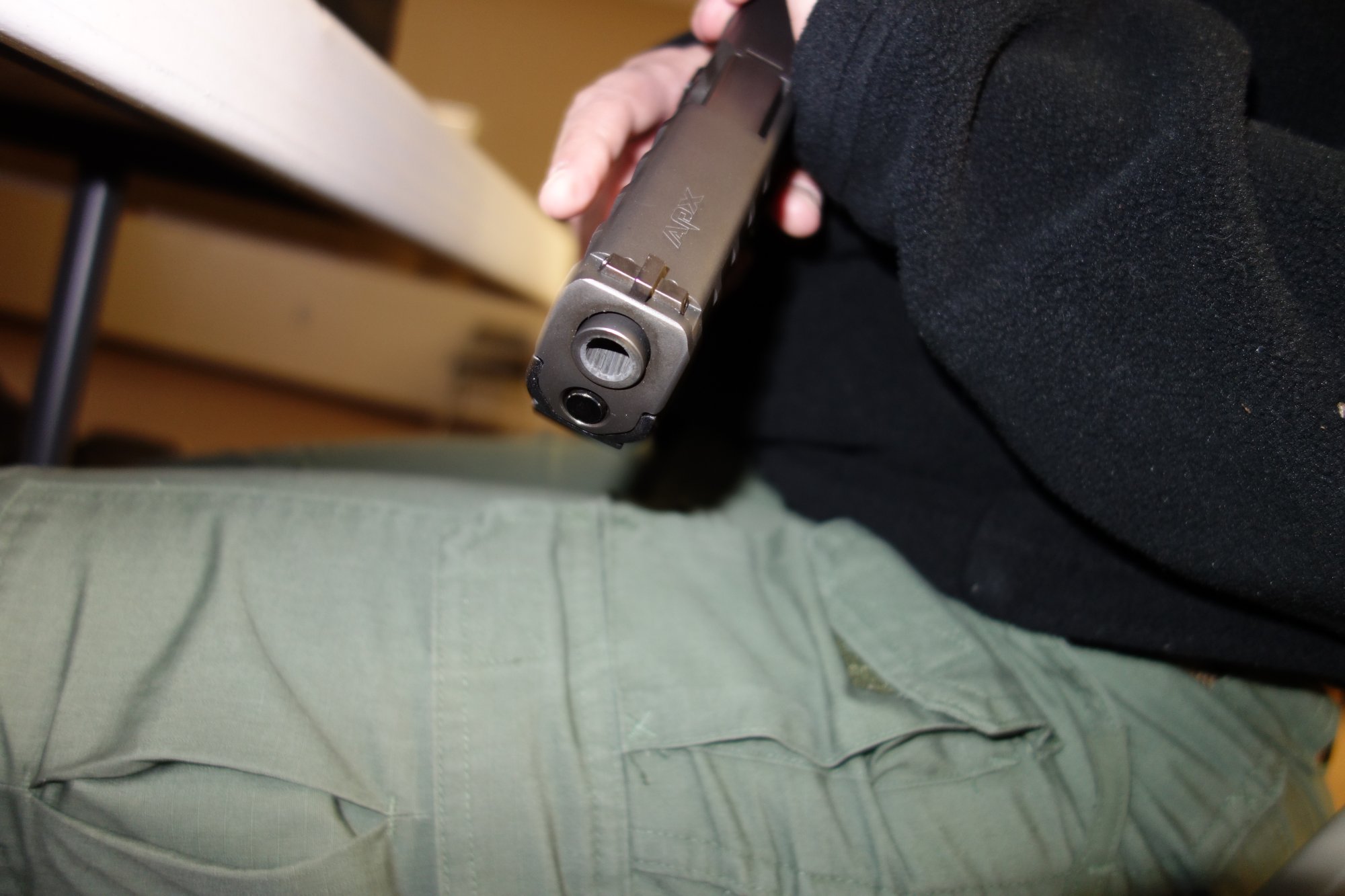 The True Story of the Beretta M9 Pistol.

David Crane started publishing online in 2001. Since that time, governments, military organizations, Special Operators (i.e. professional trigger pullers), agencies, and civilian tactical shooters the world over have come to depend on Defense Review as the authoritative source of news and information on "the latest and greatest" in the field of military defense and tactical technology and hardware, including tactical firearms, ammunition, equipment, gear, and training.
Previous DR just Attended Beretta Tactical Summit, and Fresh Articles (including photos and videos) on the Way…
Next Beretta M9A3 High-Capacity 9mm Combat/Tactical Pistol with 17-Round Sand-Resistant Magazine and Steiner eOptics SBAL-PL Lightweight, Compact Green Aiming Laser (Laser Sight)/Tactical White Light/Illuminator (Videos!)