All photos contained in this article were shot by DefenseReview.com, and are copyrighted. DefenseReview.com owns the copyright on these photos. The photos and video clips were shot with a Canon PowerShot S90 10-megapixel digital camera (still camera with video capability). 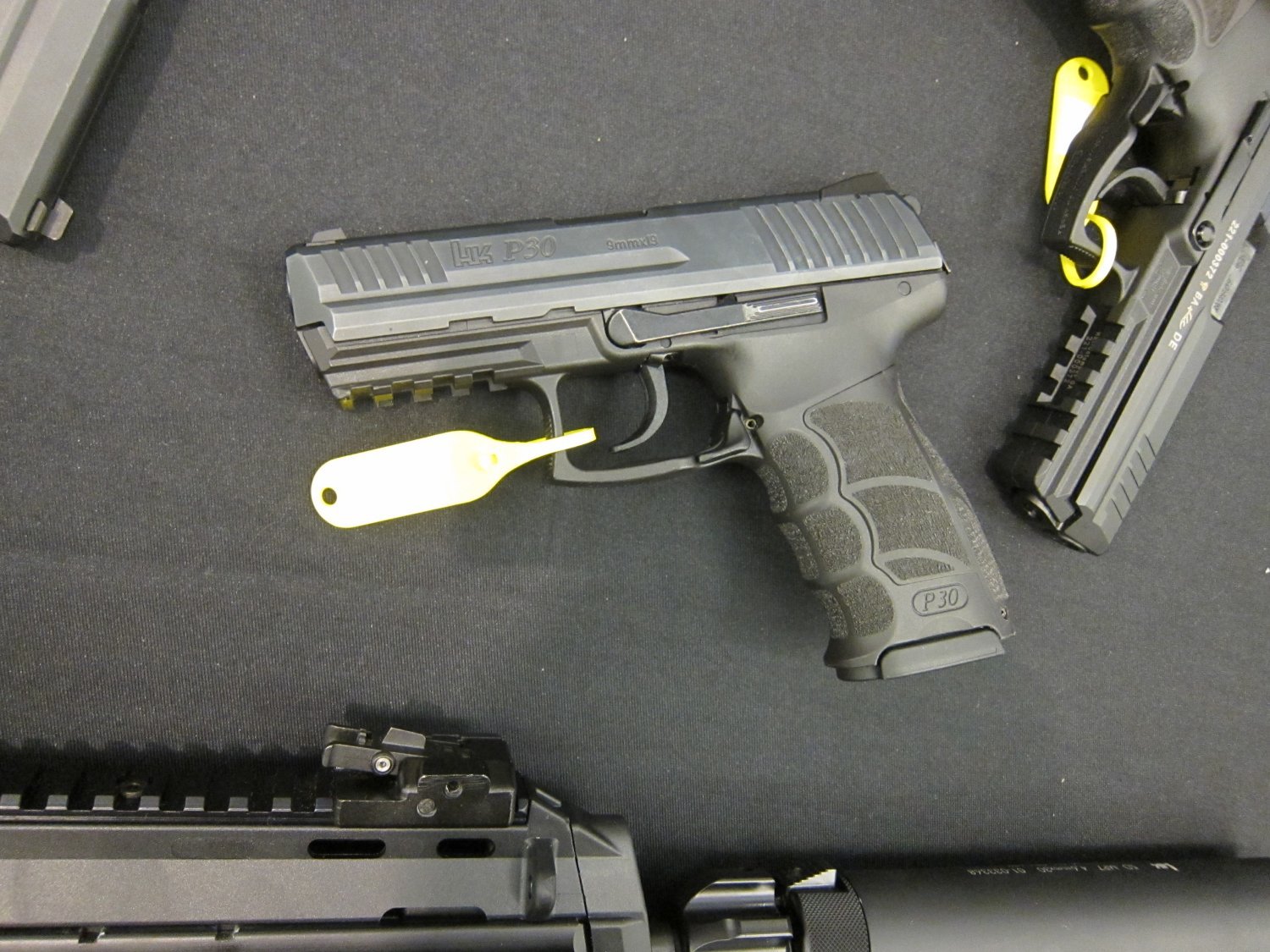 While DefenseReview (DR) was at the 2011 Special Operations Forces Industry Conference (SOFIC 2011) and NDIA Infantry Small Arms Systems Symposium 2011, we came across the Heckler & Koch USA (HK USA) booth, and handled the various weapons there, including the HK P30 double-action-only 9mm Parabellum/9x19mm NATO, HK45 and HK45 Compact (HK45C)/Mk 24 Mod 0 Combat Assault Pistol (CAP) double-action/single-action (DA/SA) .45 ACP semi-auto tactical/combat pistols. DR published information on the HK45 and HK45C back when the Combat Pistol (CP)/Joint Combat Pistol (JCP) program(s) was/were in process, but at that time, we hadn't yet handled and photographed the guns, ourselves.

All the HK pistols sport a polymer frame (gripframe), and the ones we handled had semi-ambidextrous operating controls, specifically ambi-slide release/stop lever and ambi-magazine release button(s), the latter of which is a HK P7 (HK P7M8/P7M13)-style sweep-down button/lever.  The HK45 and HK45C's we handled didn't have an ambi-safety/selector lever/switch, though, but it's our understanding at present that this feature is available. The HK P30 tactical pistol we examined didn't feature a safety/selector switch, but it did sport an ergonomic polymer gripframe with finger grooves that made gripping the pistol a comfortable experience. Since the HK P30 pistol we handled didn't have a safety/selector switch, Defense Review assumes it was a double-action-only pistol, perhaps with an HK Law Enforcement Modification (LEM) trigger system. One of he HK45 pistols we photographed (pictured below) had the LEM trigger system. However, according to the P30 info page on the HK website, "P30S models have an ambidextrous safety lever mounted on both sides of the frame. S models are available in conventional double-action/single action trigger mode and with HK’s enhanced double action only Law Enforcement Modification trigger."

DR isn't a big fan of hammer-fired double-action-only pistols, so we much prefer the DA/SA operation. The standard HK45 and HK45C pistol models feature a 1911-style frame-mounted "sweep-down" manual safety/selector switch with manual decocking lever (decocker), which Defense Review likes, and that allows the user to carry both pistols in Condition 1/"cocked and locked", which is DR's preferred method of carry for a tactical pistol of this type. Of course, an HK45C pistol configured in this latter fashion (frame-mounted manual thumb safety/selector) would still allow the shooter to fire the pistol in the double-action mode (from the hammer-down position) and decock the gun from the single-action mode, something you can't do with a 1911 pistol. 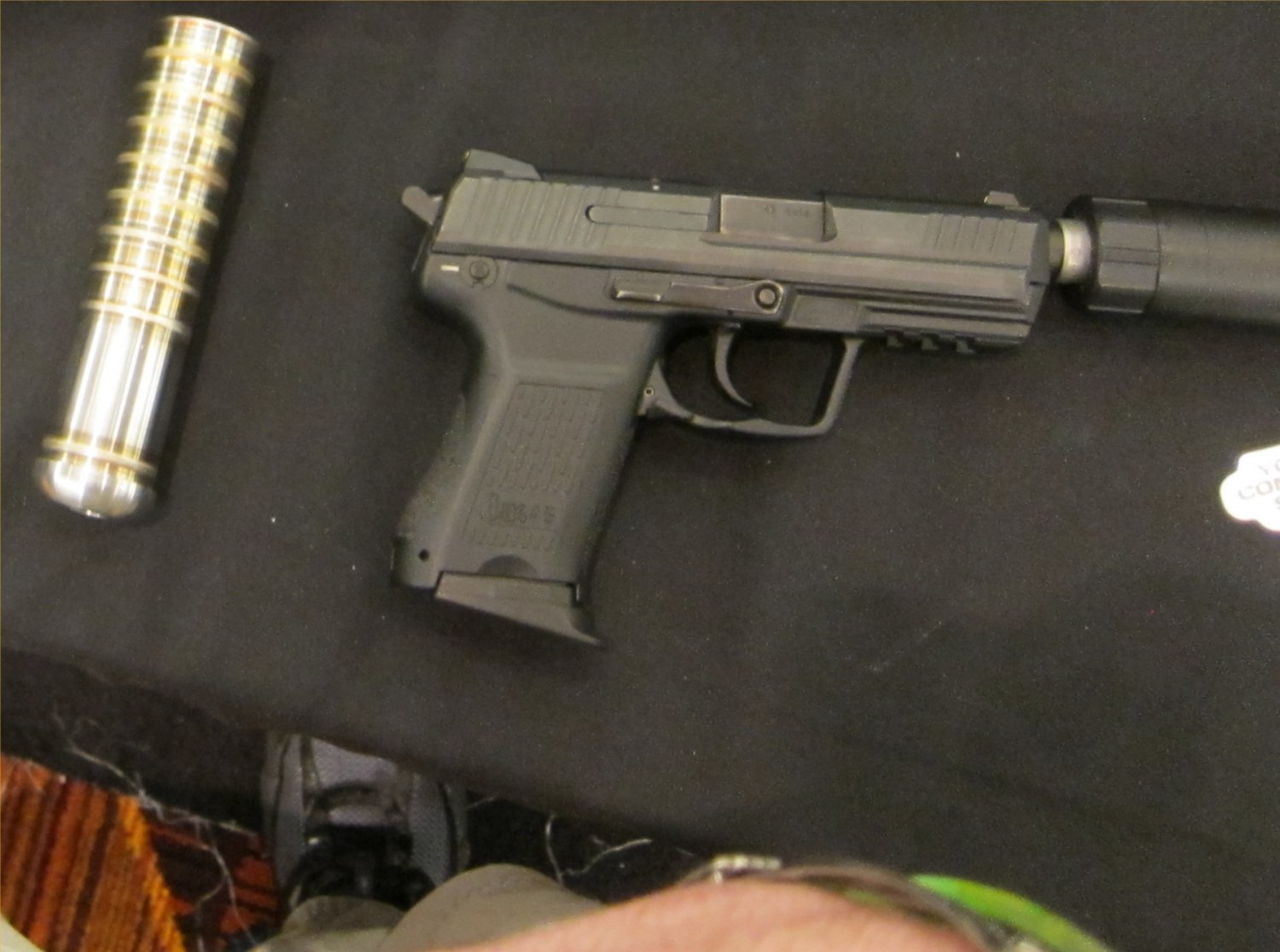 The HK45C compact combat pistol also sports an extended barrel that's threaded for a suppressor. At NDIA Small Arms, the Advanced Armament Corp. (AAC) booth had what appeared to be an HK45C pistol outfitted with an AAC Ti-RANT 45S Pistol Suppressor (silencer/sound suppressor, or "muzzle can"). The HK45C pistol/Ti-RANT 45S can (muzzle can) combo would appear to be well suited for the military Special Operations (SPECOPS) roll, and specifically for the Mk 24 Mod 0 suppressed .45 ACP combat assault pistol roll for U.S. Naval SPECWAR (Special Warfare) assaulters/operators (Navy SEALs), provided that the package is reliable and durable under adverse conditions at relatively high round count (for a suppressed pistol), and that the HK45C proves reliable under adverse conditions and high round count when it's run unsuppressed. It's being reported that the HK45C has been run reliably both suppressed and unsuppressed up to 24,000 rounds in adverse conditions, including desert and waterborne environments. The Silencerco Osprey .45 ACP Pistol Suppressor would appear to be another potentially viable option for military SOF (Special Operations Forces) use, although DR has never run a Silencerco rectangular/polygonal "brick"-type can at the range, ourselves. We hope to remedy that soon.

DefenseReview didn't get a chance to run any of the HK pistols during the NDIA Small Arms Range Day Firing Demo (Demonstration), since we ran out of time. However, hammer-fired DA/SA semi-auto pistols like the HK45C and SIG SAUER P226 (and P228) pistols aren't our favorite pistol type for fast, accurate shooting, due to their high bore axis (hight of the barrel bore over the hand). Our three favorite pistol types are low-bore-axis pistols like the striker-fired "safe-action"-type pistols like the Glock 17/19 (G17/G19), Smith & Wesson (S&W) M&P, and Springfield Armory XD/XDM pistols (pivoting trigger with consistent pull and short reset), striker-fired single-action-only HK P7 (P7M8 and P7M13) squeeze-cocking pistols, and the hammer-fired single-action-only 1911 pistol with frame-mounted sweep-down manual thumb safety and sliding trigger. After-market internal pistol parts like the Ghost Rocket 3.5 lb. Trigger Control Connector for Glock pistols and Apex Tactical Specialties (ATS) hard sear (for S&W M&P pistol trigger sear) provide for an even shorter, faster trigger reset than the respective Glock and S&W M&P factory triggers. It should be noted that the Glock factory trigger reset is already pretty short and fast right out of the box, though. 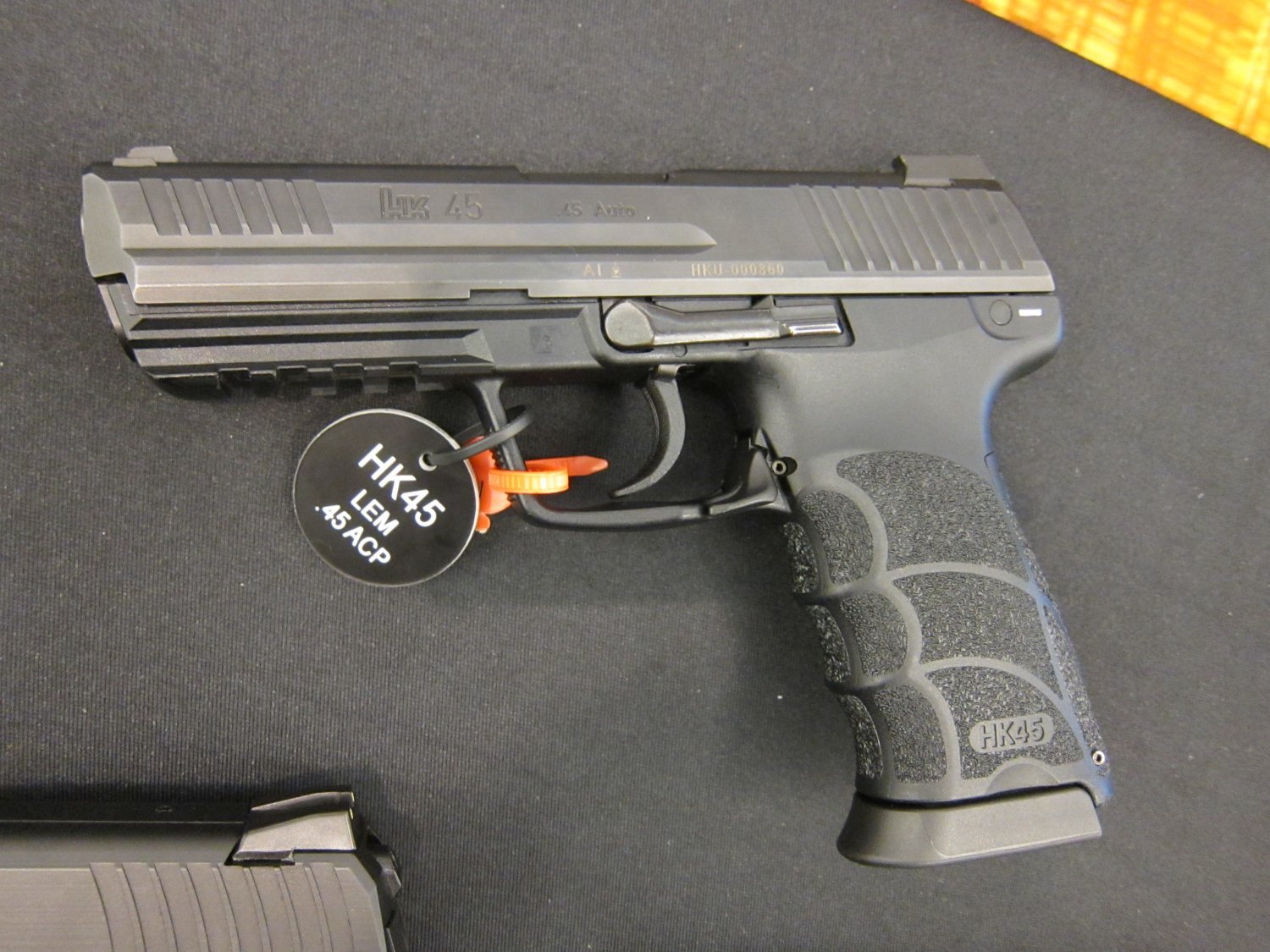 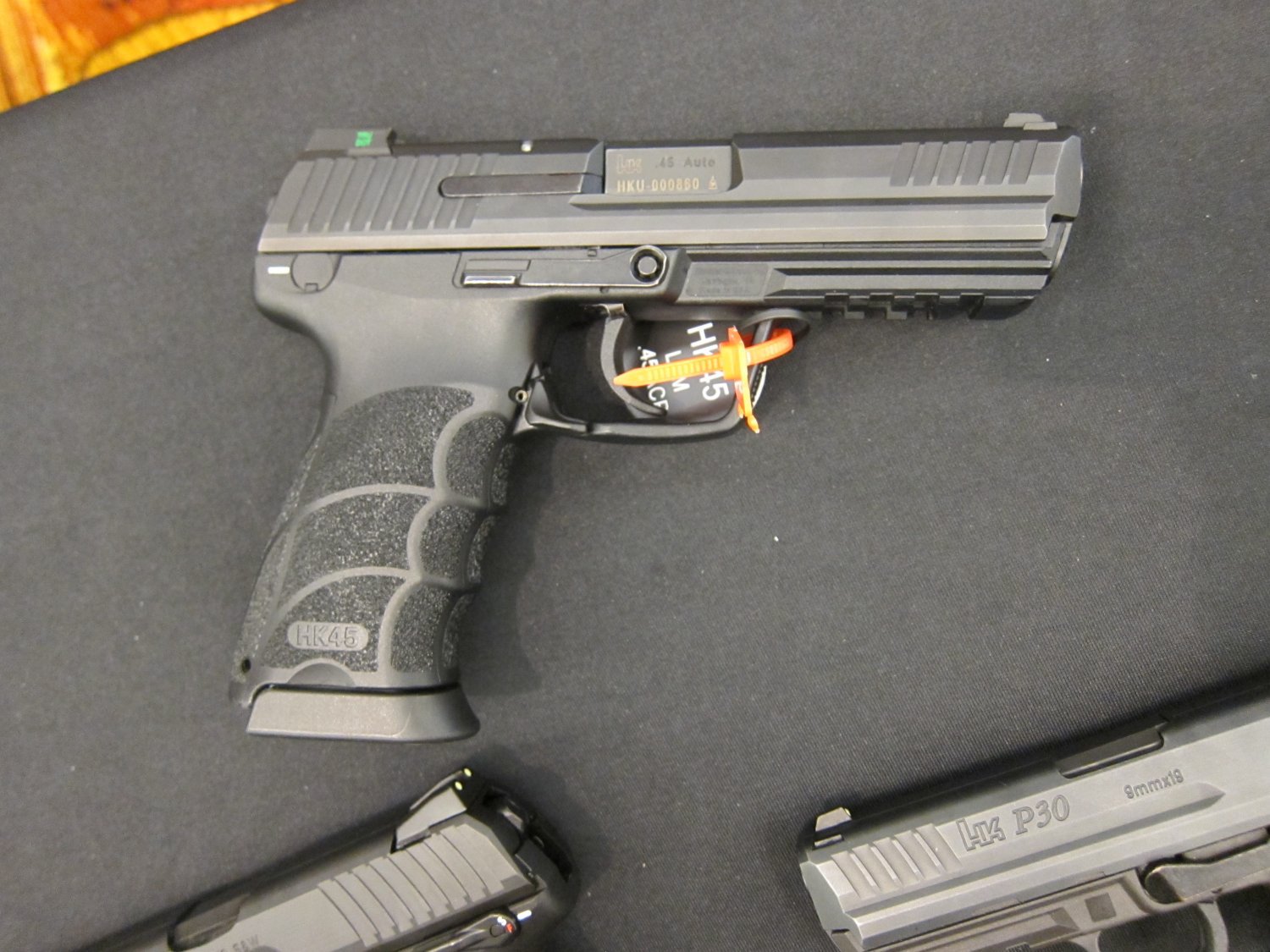 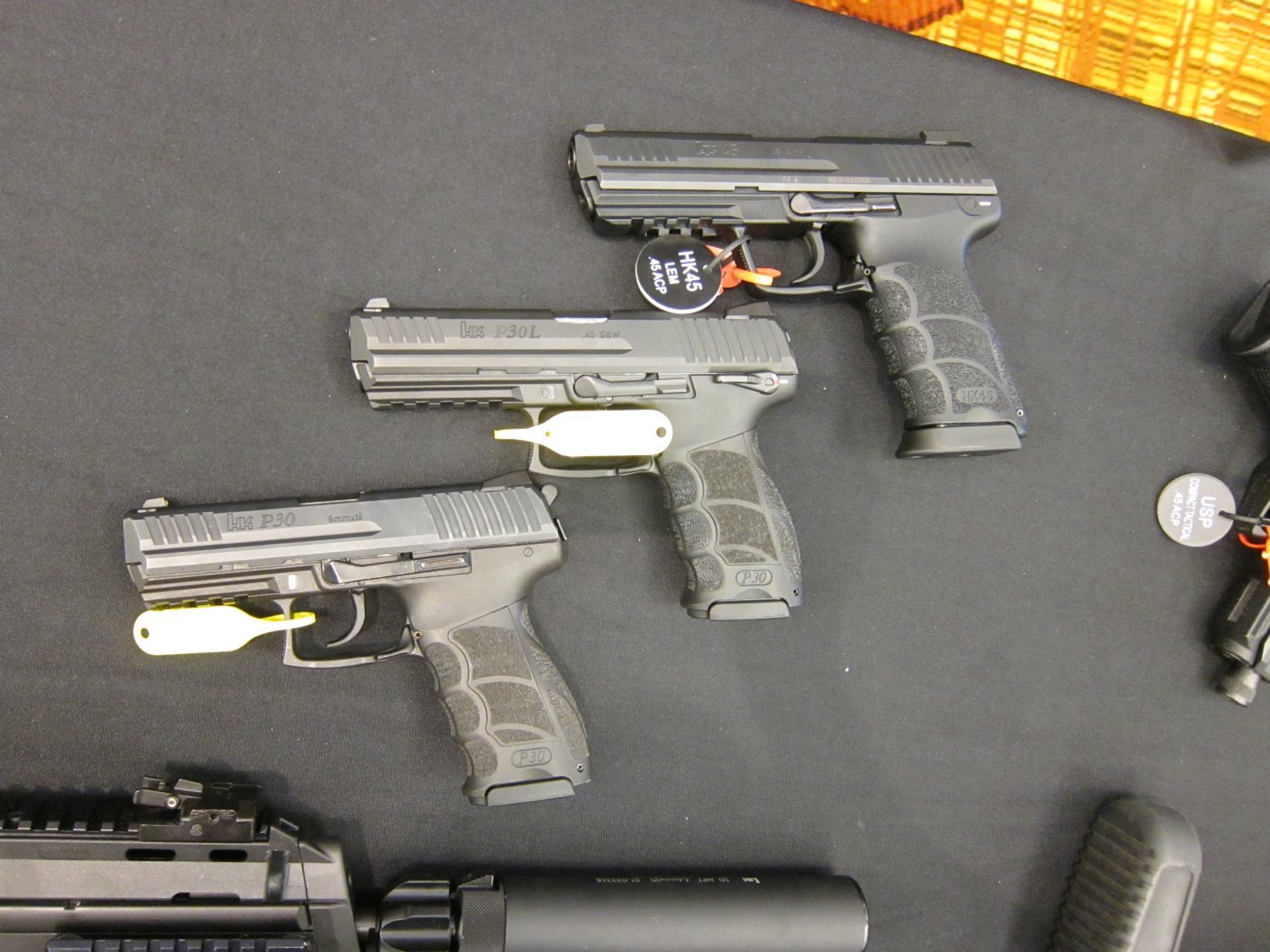 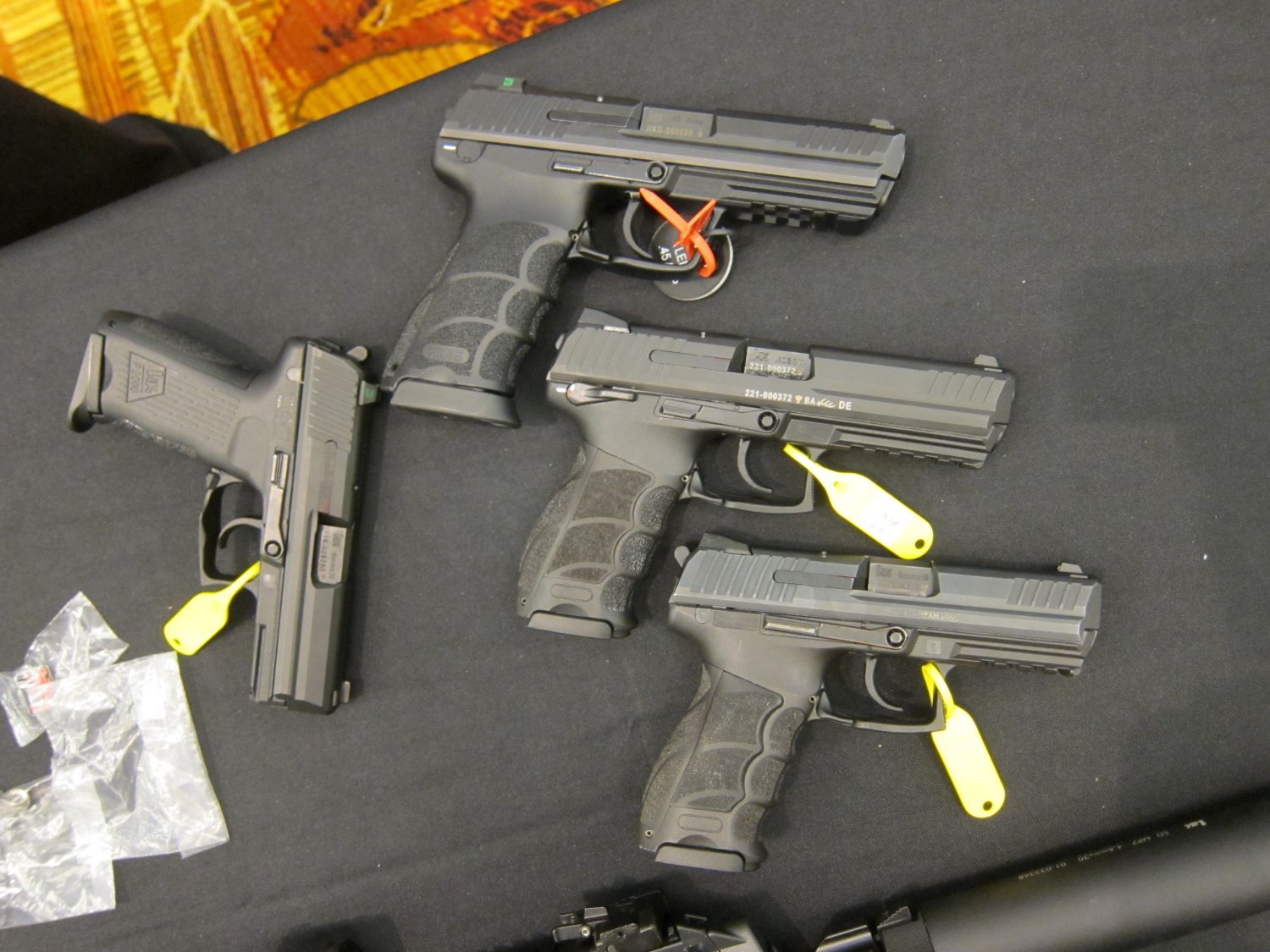 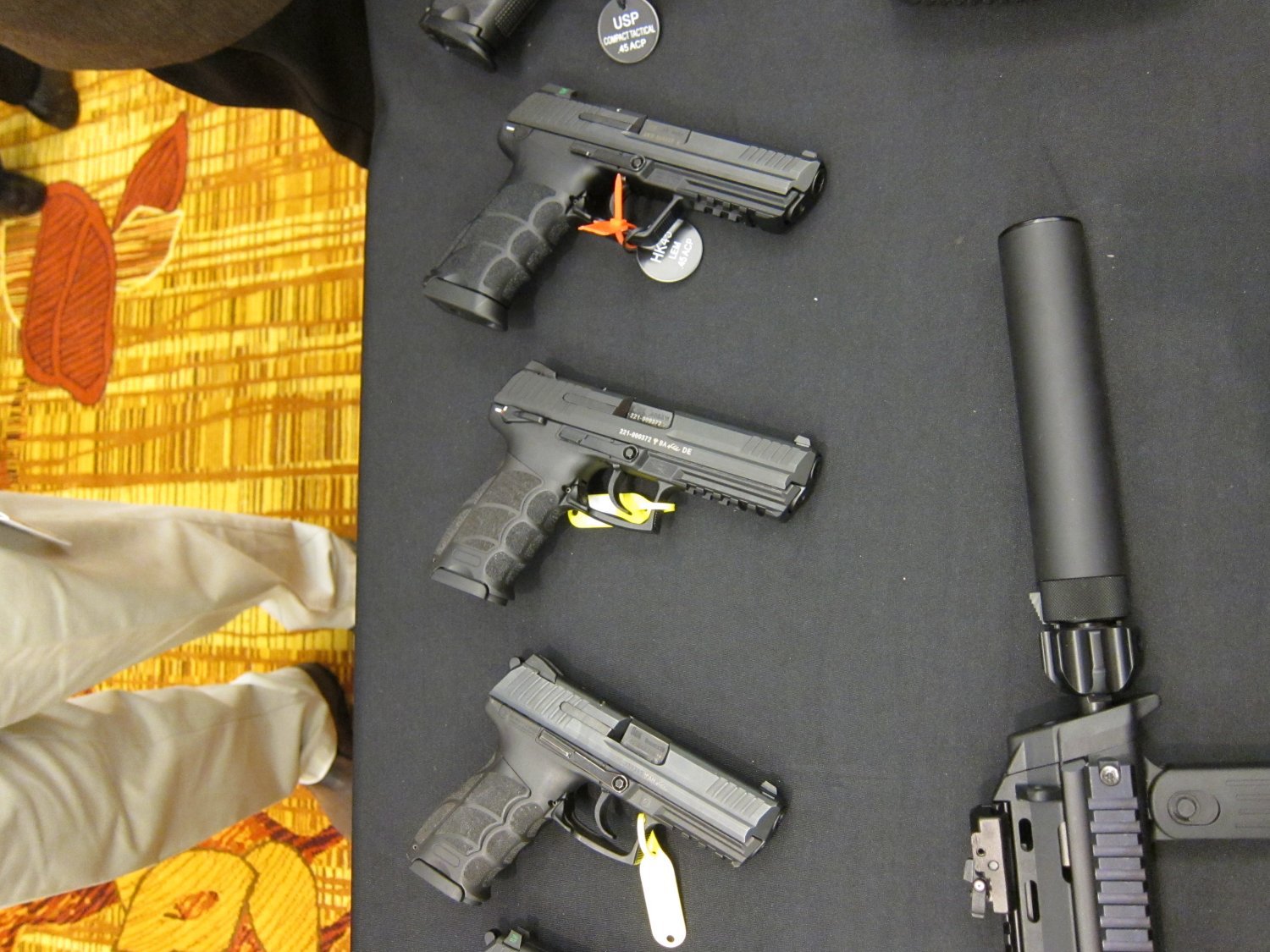 FN FNP-45 High-Capacity .45ACP Semi-Auto Combat Pistol: Where does it fit in the tactical .45 pistol race?