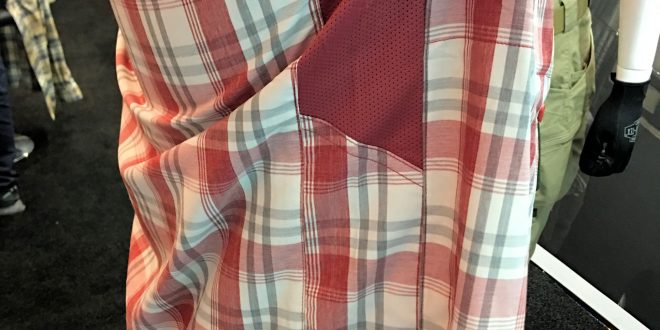 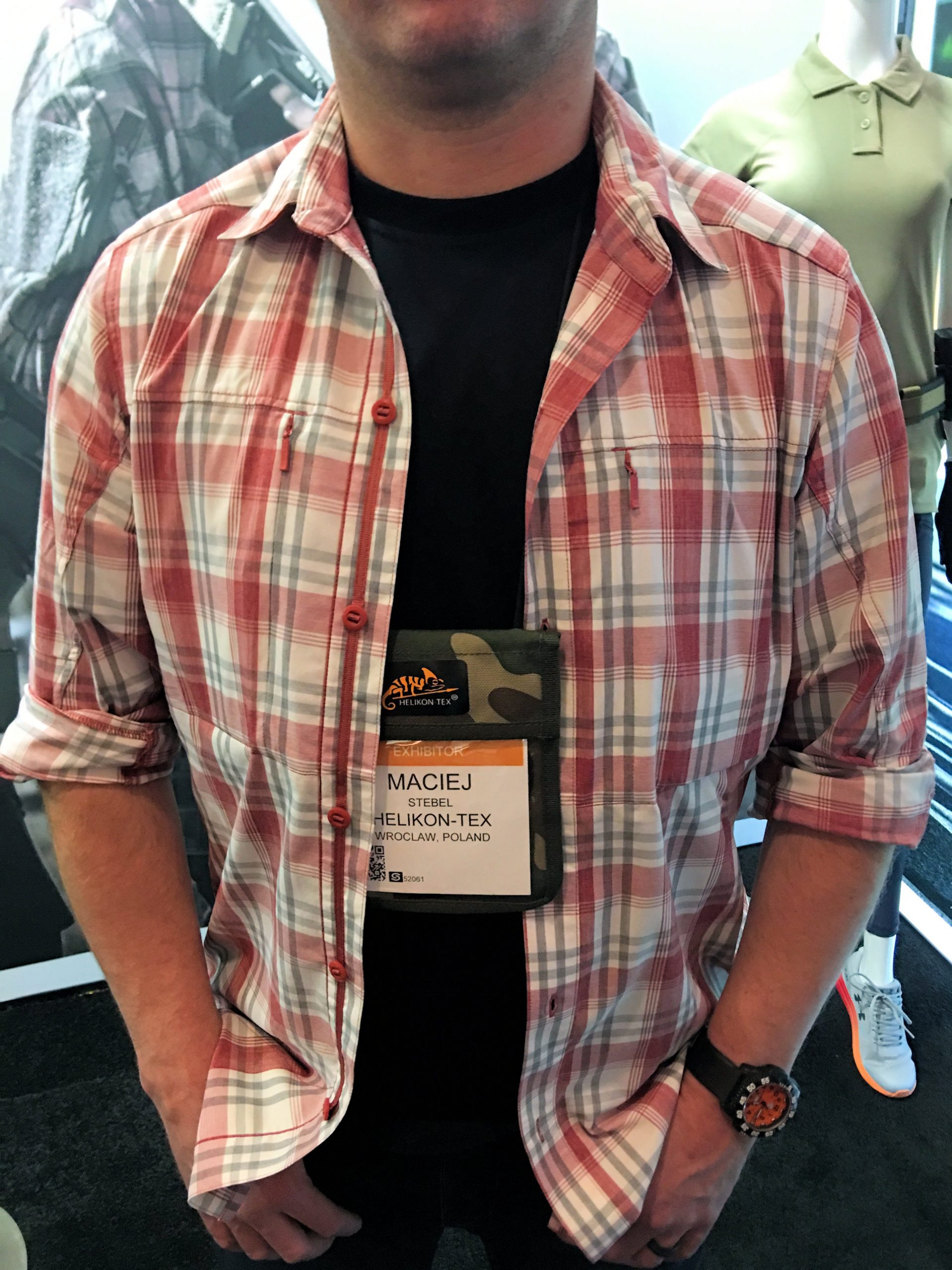 Helikon-Tex recently introduced a very cool new lo-pro/lo-vis (low-profile/low-visibility) plaid tactical shirt for concealed carry (CCW) at SHOT Show 2020, and they were kind enough to take DefenseReview (DR) through all the shirts features, which are interesting. It’s called the Helikon-Tex Trip Shirt – Nylon Blend, and sports a plethora of utilitarian features, including two zippered chest pockets for holding your passport, money, credit cards, car keys and other essentials, two sunglass loops, a nifty additional-pleat stand-up collar to protect your neck against the sun, small pleated side pockets for holding even more stuff, mesh armpit vents for extra breathability/ventilation and cooling, and even an integrated microfiber cloth at the bottom of the shirt (inside) for cleaning your sunglasses, specifically your lenses. 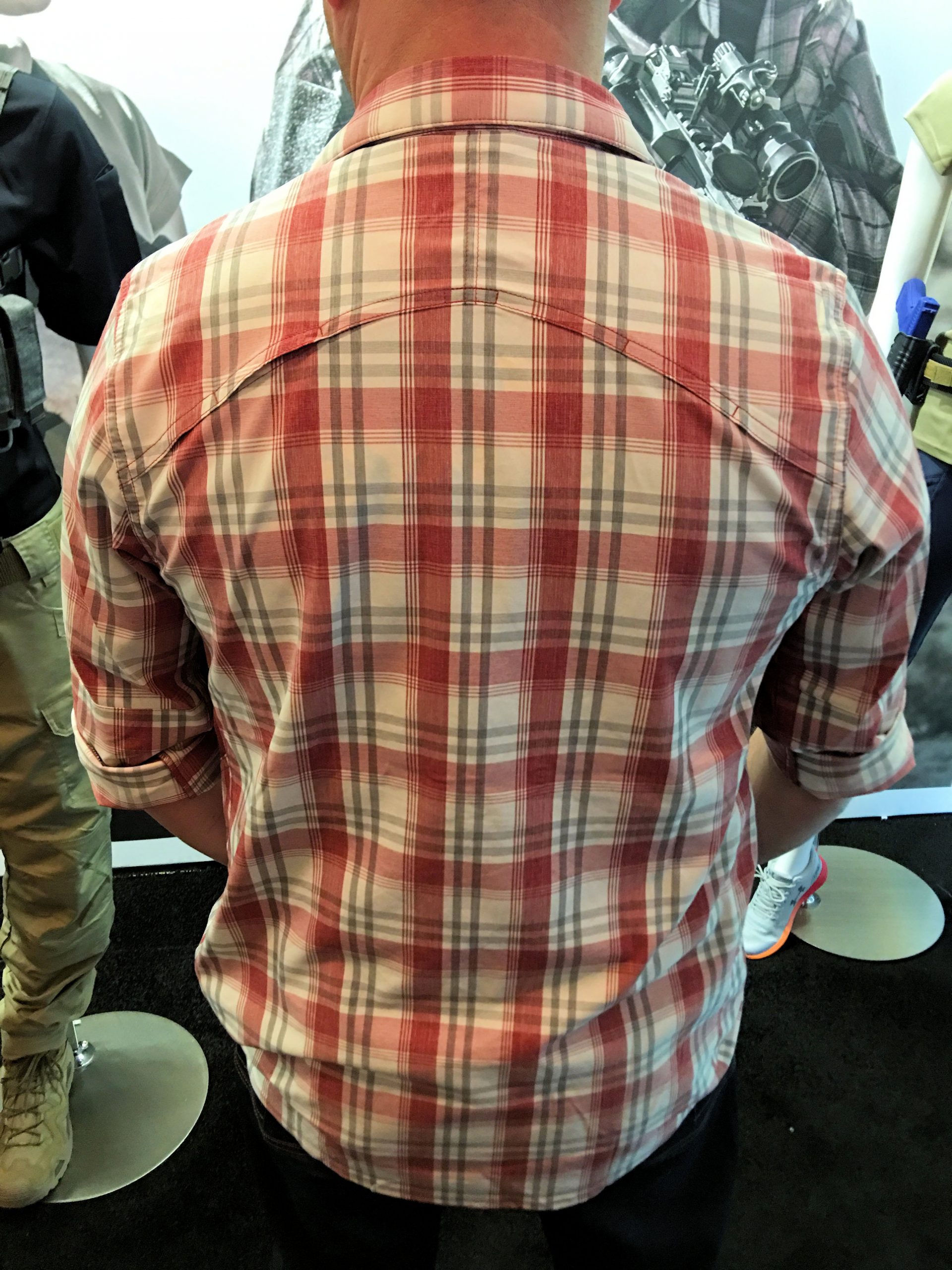 The zippers are YKK, by the way, and there are two colorways, blue and red (plaid).

It’s (Trip Shirt) a good-lookin’ shirt, and Defense Review looks forward to running one at the range, around town, and around the country during our travels, at some point. DR particularly likes the shirt’s lo-pro/lo-vis design and look. We also liked the feel of the shirt in our hands, although we haven’t actually worn one, yet. You never really know how a shirt feels until you wear it, but we’re pretty optimistic about it.

Anyway, in the meantime, enjoy the video we shot below. Matt Sampson did a great job taking us through the Trip Shirt, as well as Helikon-Tex’s Grey Man stretch-denim jeans, which DR will be covering in a subsequent piece. We should note that Helikon-Tex seems to really be on the right track with the their latest lo-pro tactical clothing. 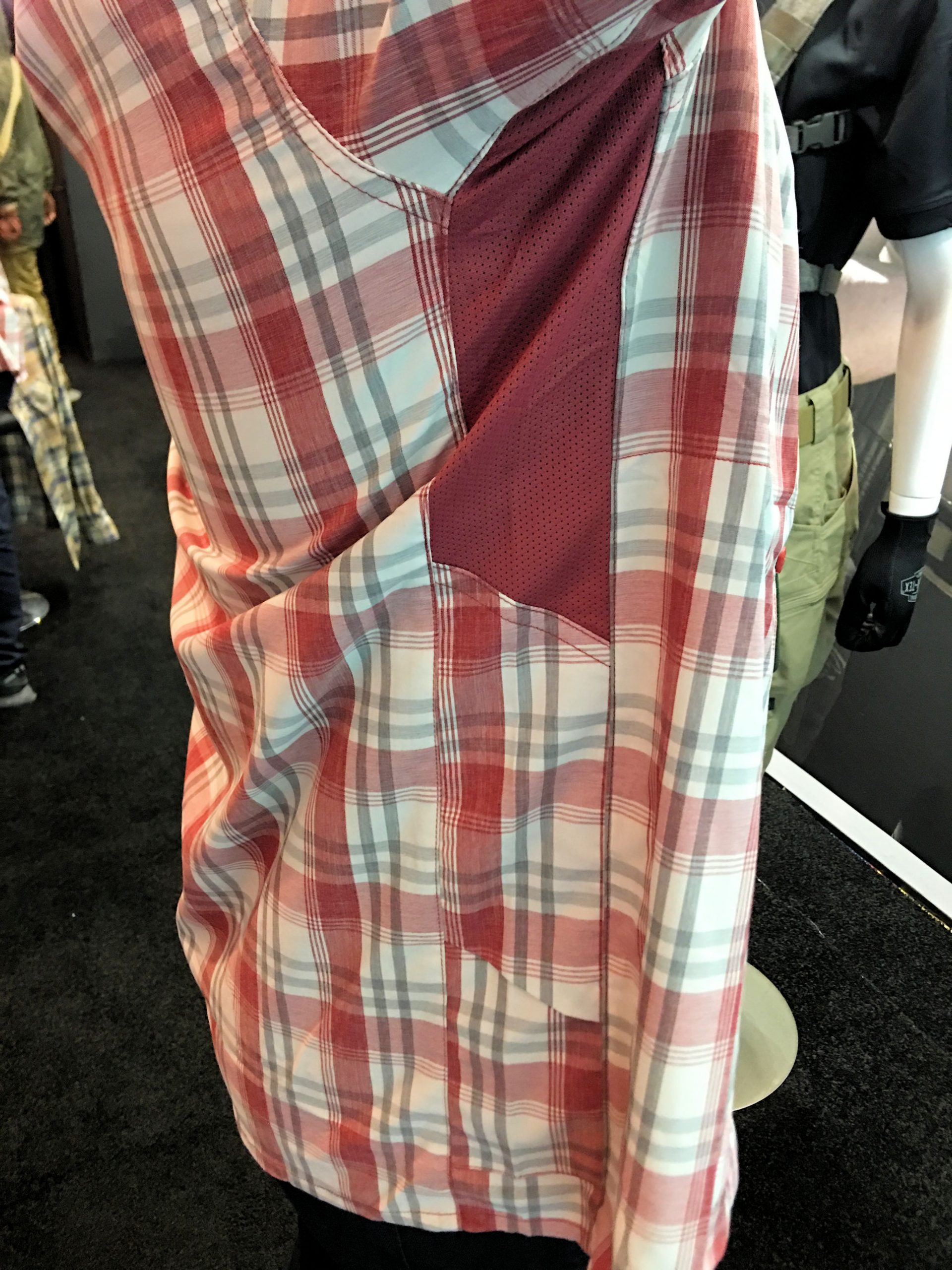 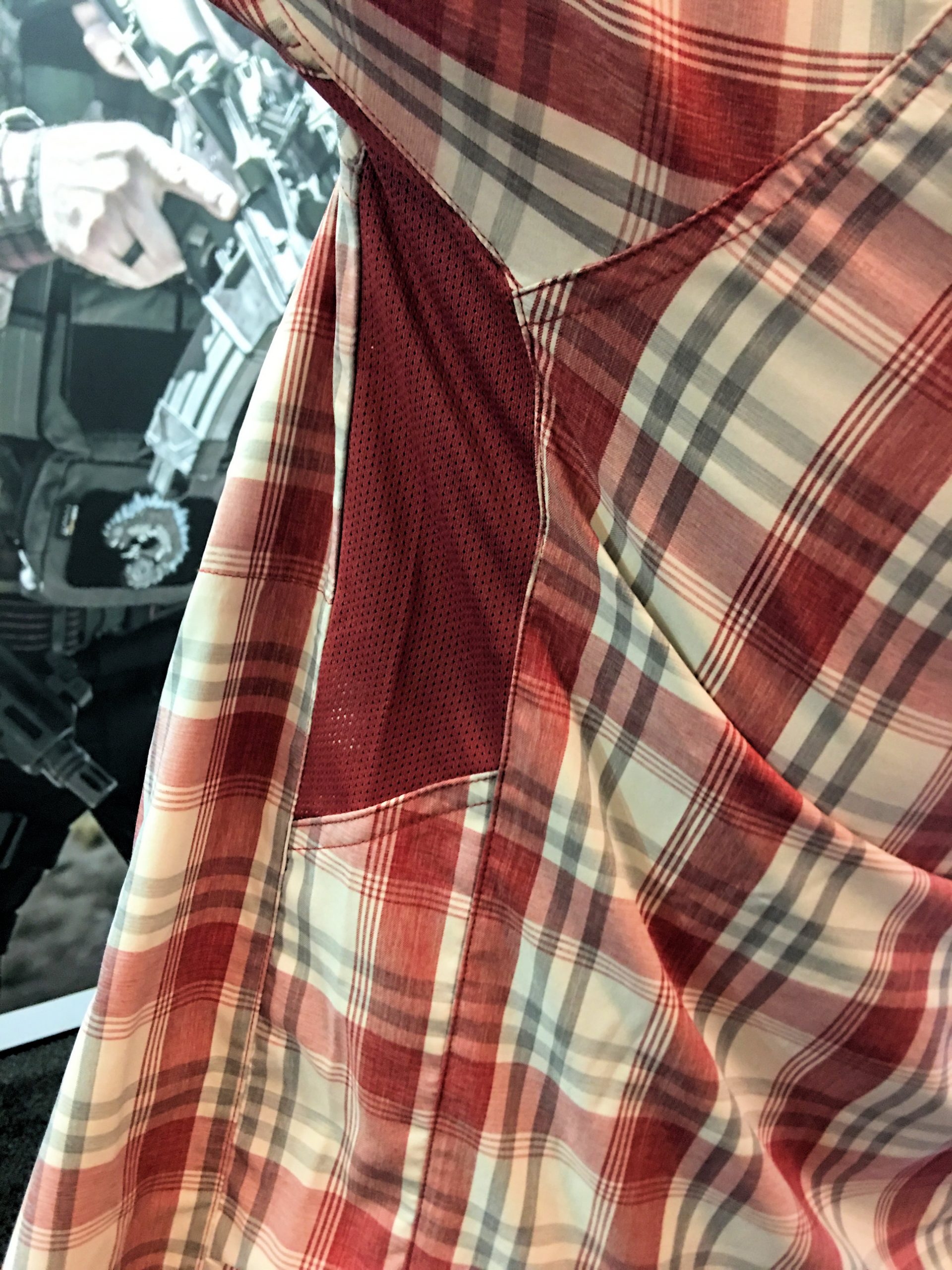 Frag Out! Magazine Issue 2 (English Edition) is Out!

FRAG OUT! ‘High-Speed, Low-Drag’ Magazine Gets Launched from Poland (in English): If You Like Combat/Tactical Firearms, Gear and Shooting, You’re Probably Really Gonna’ Like this Mag!

David Crane started publishing online in 2001. Since that time, governments, military organizations, Special Operators (i.e. professional trigger pullers), agencies, and civilian tactical shooters the world over have come to depend on Defense Review as the authoritative source of news and information on "the latest and greatest" in the field of military defense and tactical technology and hardware, including tactical firearms, ammunition, equipment, gear, and training.
Previous Spyderco Native Chief: Big-Blade Tactical Folder (Folding Knife) for Concealed Carry (CCW) and Self-Defense! (Video!)
Next Helikon-Tex Greyman Tactical Jeans: Stretch Denim Jeans Have FOUR AR-15 Rifle Magazine Pockets for Fast Access and Reloads During a Gunfight! (Video!)