All photos contained in this article were taken or scanned by DefenseReview.com. The photos of the Heckler & Koch (HK) Grenade Machine Gun (GMG) at International SOF Week 2005/APBI (SOCOM Show) below are the exclusive property of DefenseReview.com. Click on photos below to view them full-size.
DefenseReview got a chance to view and handle the Heckler & Koch (HK) 40mm Grenade Machine Gun (GMG) at International SOF Week/APBI (a.k.a. SOCOM Show) in Tampa, FL last month. The HK GMG fires high-impulse/high-velocity 40mm (40x53mm) grenades, just like the SACO Defense MK19 MOD3 Grenade Machine Gun (GMG). Rate of fire (ROF)/cyclic rate for the HK GMG is 330 rpm, which is similar to the MK19’s ROF/cyclic rate of 325-375 rpm. At 64 lbs empty weight (gun only), the HK GMG, with it’s quick-switch bi-directional feed capability (the weapon will feed from either left or right side) and removable barrel, is  significantly lighter than the MK19 MOD3, and should prove to be more versatile than the MK19 MOD3.  The MK19 MOD3 40mm GMG weighs 137.5 lbs and only feeds from one direction. The HK GMG’s removable barrel is a big advantage, by itself, from a safety/cost/maintenance standpoint.

We really want to get the HK Grenade Machine Gun (GMG) out to the firing range for a live fire T&E, but we can say right now that the HK GMG appears to be a pretty slick package.  From what we got to see and handle at the booth, quality of manufacture/machining appears to be excellent, and all of the controls (including the charging handle) operated smoothly.  Basically, the system looks solid, but the proof will be at the range.  The HK GMG is reportedly already in use with U.S. military infantry forces.
Below are photos of the Heckler & Koch Grenade Machine Gun (GMG) taken at International International SOF Week 2005/APBI (Advanced Planning Briefing to Industry) last month (June, 2005):… 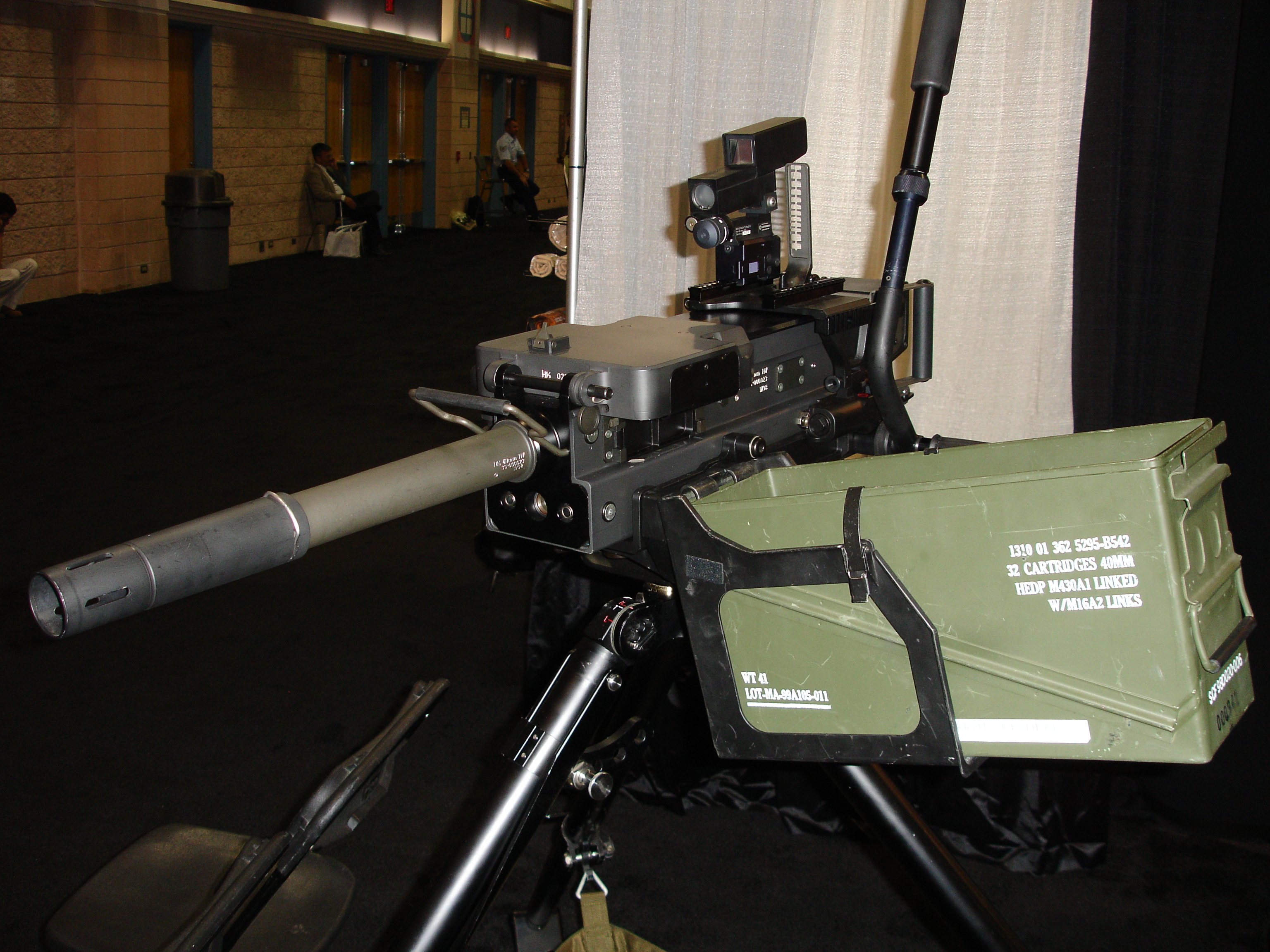 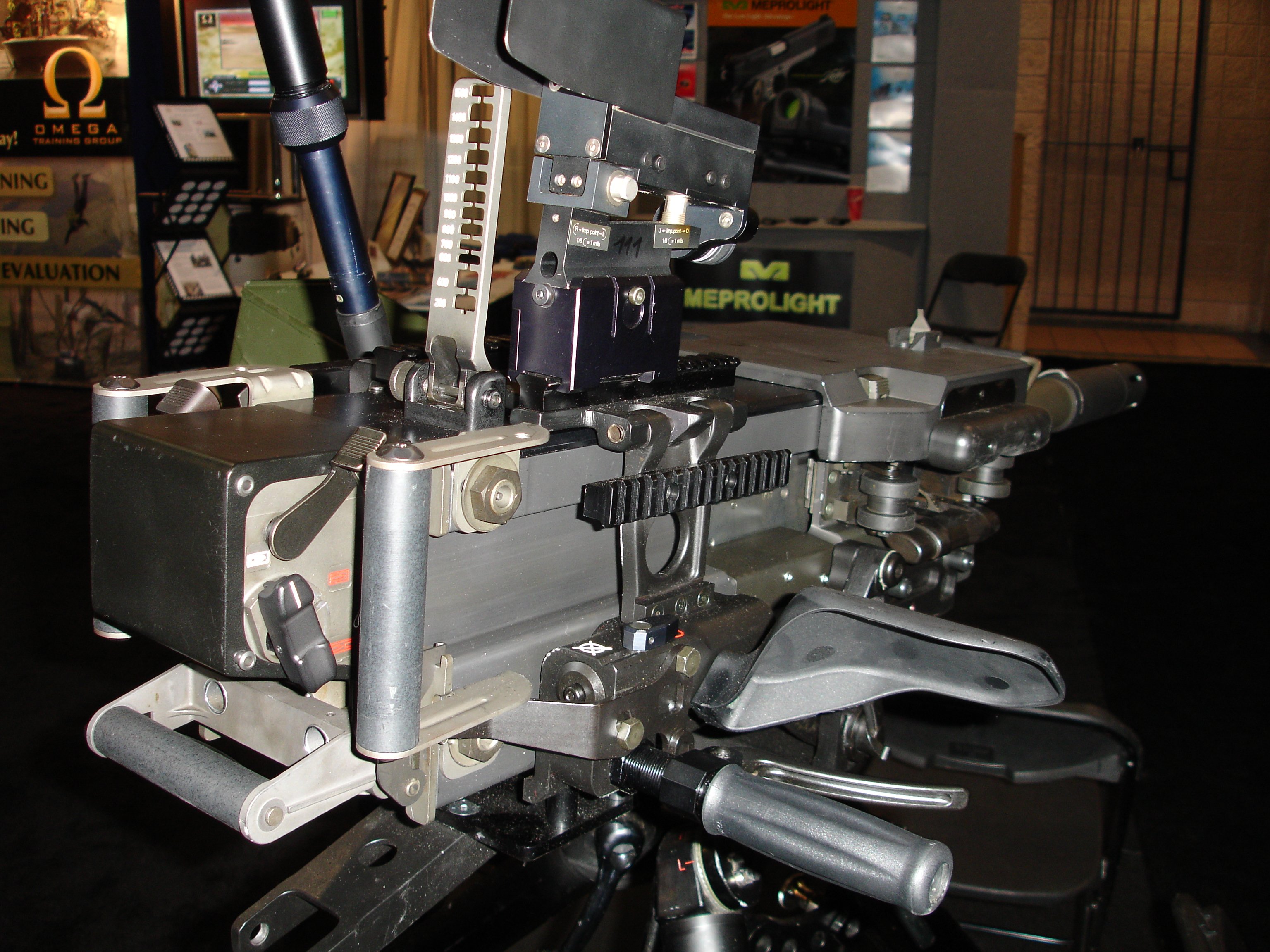 And, here are scanned pics of the HK Grenade Machine Gun (GMG) pages from the HK Defense Catalogue, which provide lots of good info on the weapon system: 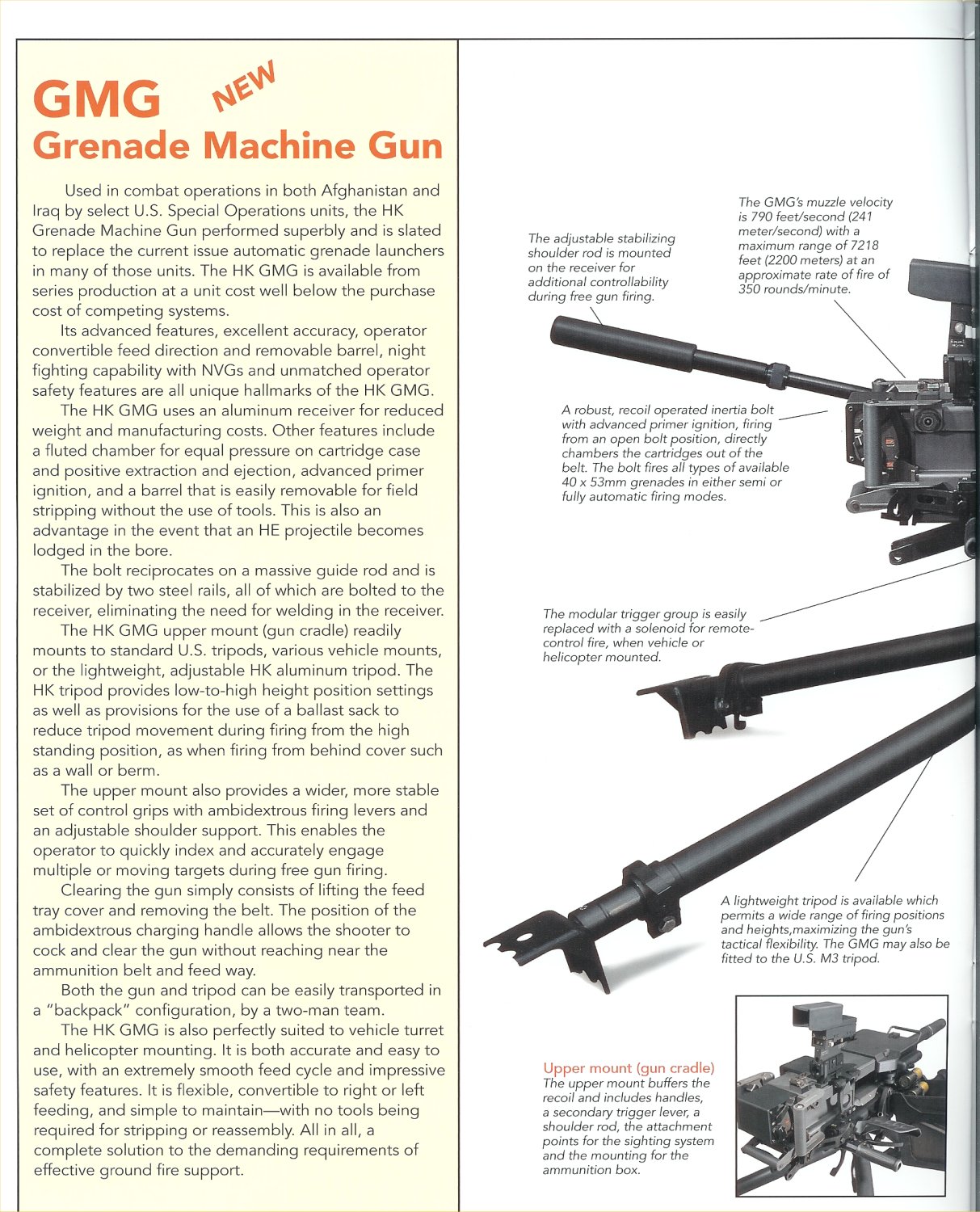 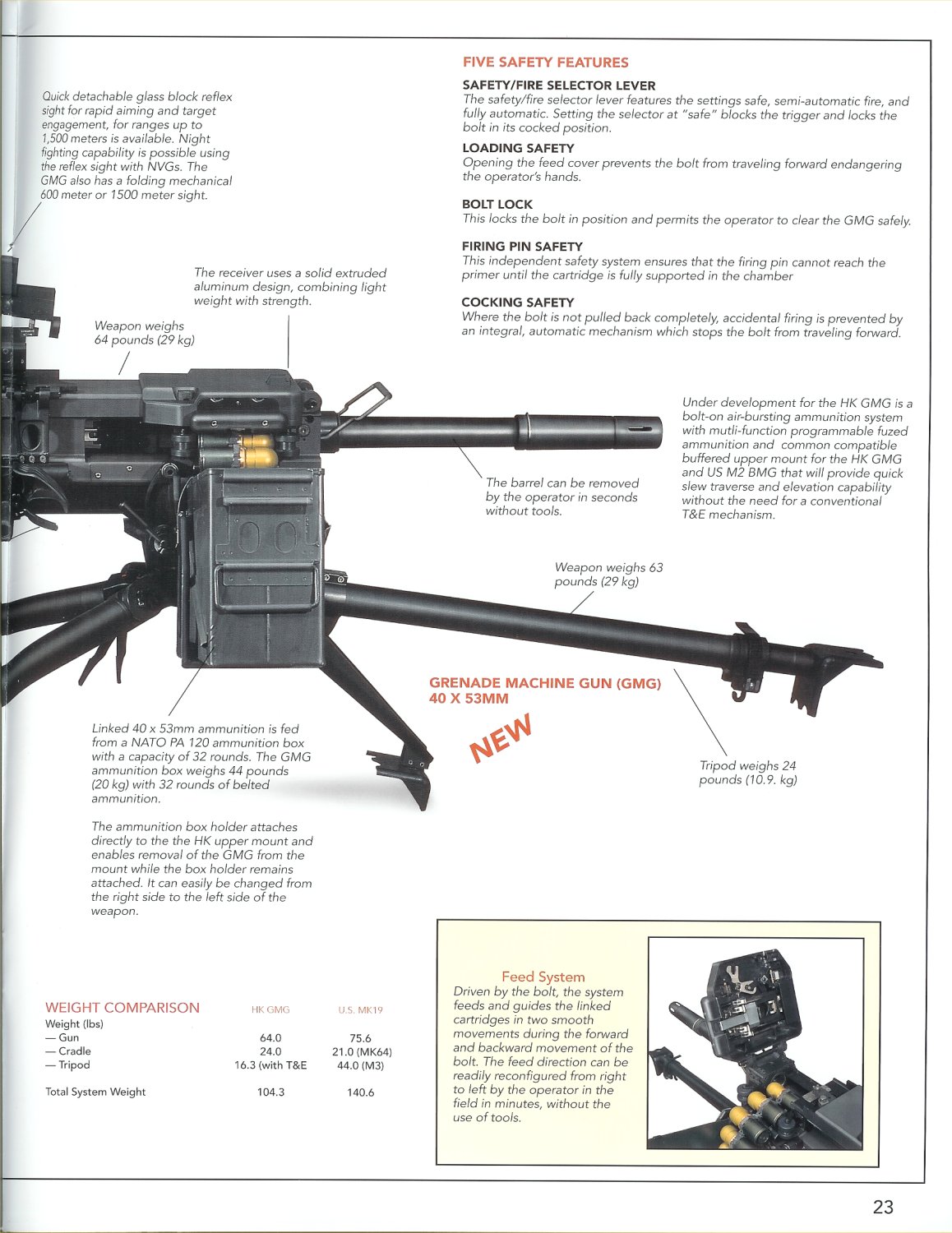 David Crane started publishing online in 2001. Since that time, governments, military organizations, Special Operators (i.e. professional trigger pullers), agencies, and civilian tactical shooters the world over have come to depend on Defense Review as the authoritative source of news and information on "the latest and greatest" in the field of military defense and tactical technology and hardware, including tactical firearms, ammunition, equipment, gear, and training.
Previous Raven SUAV for Fast Tactical Intelligence, Surveillance, and Reconnaissance Ops
Next Update: Enhanced-Blast/Thermobaric Weapons for General Infantry and SPECOPS