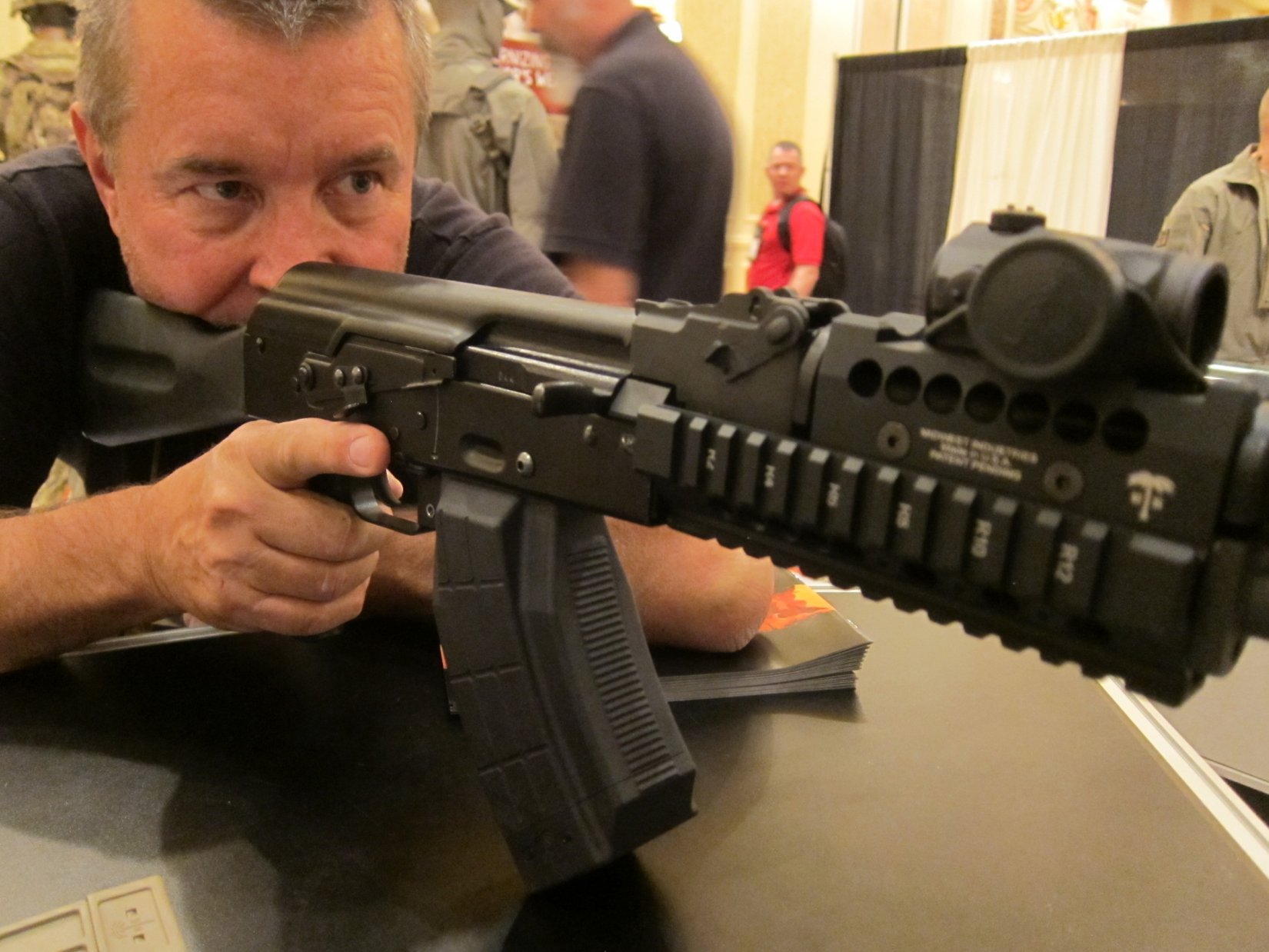 Well, it was a pretty good run, especially for a Russian. Gun designer/developer Mikhail Kalashnikov, beloved by both the Russian people and American firearm afficianados, managed to make it to the ripe old age of 94, until nature finally took its ultimate course today, and claimed him for the ages. Kalashnikov was a tank commander during World War II (WWII) before a war wound sent him to the hospital, and side-tracked him into a new direction designing guns, most importantly the ubiquitous Kalashnikov AK-47/AKM (Avtomat Kalashnikov-1947/Avtomat Kalashnikov Modernizirovanniy) assault rifle, essentially a much-simplified and less expensive derivative of the German StG44 (Sturmgewehr 44).

"I sleep well. It’s the politicians who are to blame for failing to come to an agreement and resorting to violence," Kalashnikov said Friday at a celebretory event for the AK-47." "Blame the Nazi Germans for making me become a gun designer,” he continued. "I always wanted to construct agriculture machinery."

DefenseReview (DR) never got to meet the old guy, but we certainly wanted to. Even though his creation and its offshoots were a huge thorn in the side of the U.S. military machine and American foreign policy, ya' gotta' hand it to him. He created one hell of an infantry small arm that became the most ubiquitous assault rifle in the world. The AK-47/AKM is so beloved and respected around the world that some third-world countries have put it on their flag.

Krebs Custom KTR-03S Rifle/Carbine: A Kalashnikov for the 21st Century.

David Crane started publishing online in 2001. Since that time, governments, military organizations, Special Operators (i.e. professional trigger pullers), agencies, and civilian tactical shooters the world over have come to depend on Defense Review as the authoritative source of news and information on "the latest and greatest" in the field of military defense and tactical technology and hardware, including tactical firearms, ammunition, equipment, gear, and training.
Previous Crye Precision AVS-AC (Adaptive Vest System-Assault Configuration) Modular Tactical Armor Plate Carrier goes from Lo-Pro/Lo-Vis to Full-Load-Bearing Tactical Vest (Body Armor)
Next Merry Christmas and Happy New Year from DefenseReview!