Larue Tactical is currently making tactical mounts for the EOTech 550 Series Holographic Diffraction Sight, Aimpoint Red Dot optical gunsight, the Trijicon ACOG Advanced Combat Optical Gunsights, and the AN/PVS-14 Monocular Night Vision Device (MNVD). Larue also makes their own BUIS (Back-Up Iron Sight) for the AR-15/M16 and SOPMOD M4/M4A1 Carbine, as well as their own throw lever attachment system, which is adjustable and, according to Larue, superior to any other throw-lever attachment system currently being made. 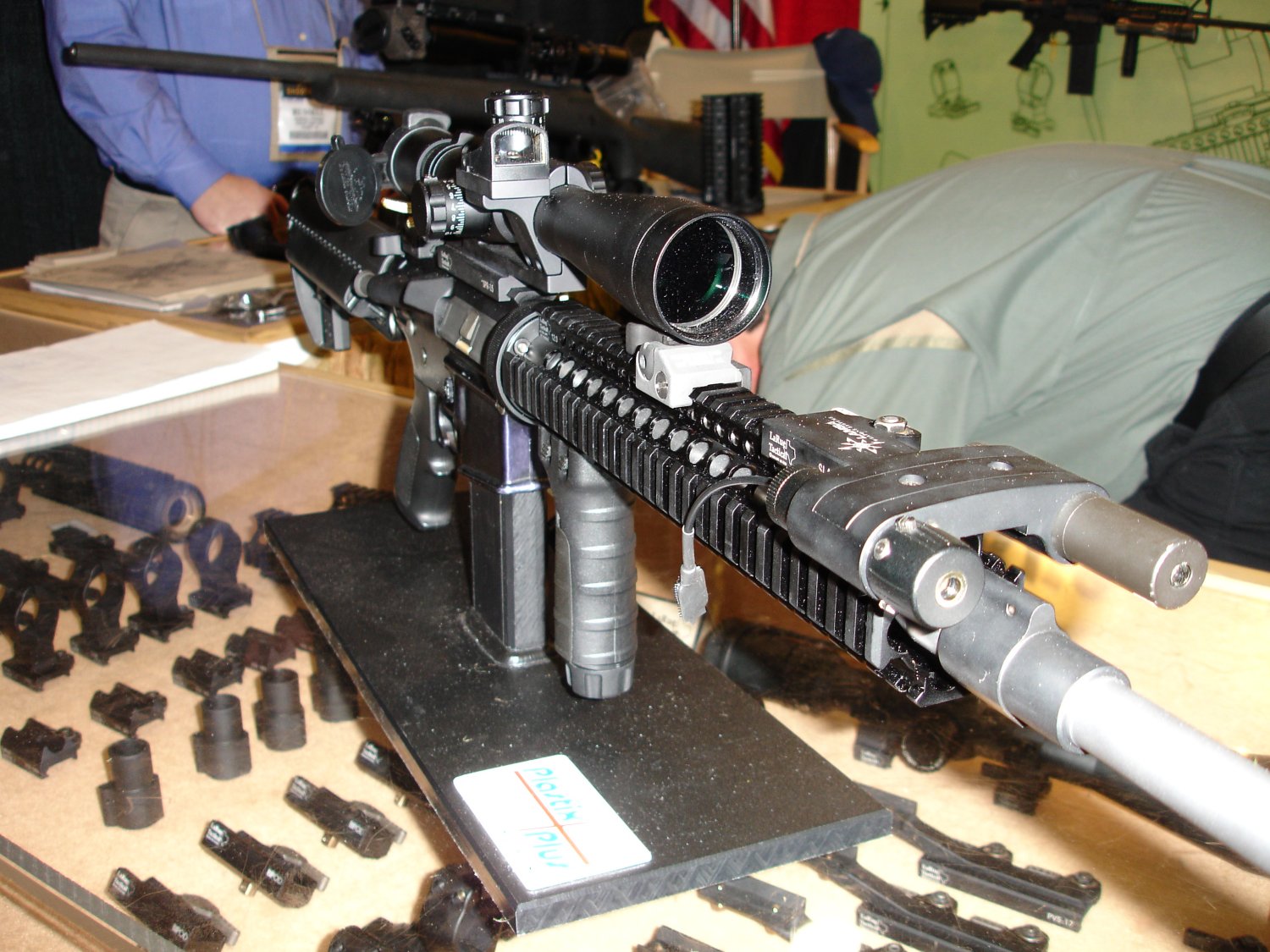 Mark Larue told me that he and his associates at Larue Tactical are technology/system "optimizers". If they see a tactical product they can improve upon, and there's a tactical market need for that product improvement, they'll create/engineer the best possible incarnation of that product.

David Crane started publishing online in 2001. Since that time, governments, military organizations, Special Operators (i.e. professional trigger pullers), agencies, and civilian tactical shooters the world over have come to depend on Defense Review as the authoritative source of news and information on "the latest and greatest" in the field of military defense and tactical technology and hardware, including tactical firearms, ammunition, equipment, gear, and training.
Previous Carbon Fiber Dagger CFS-Stealth by Combat Elite, Inc.
Next Miguel Caballero LTD Body Armor: High Security Fashion for the Jetset Crowd