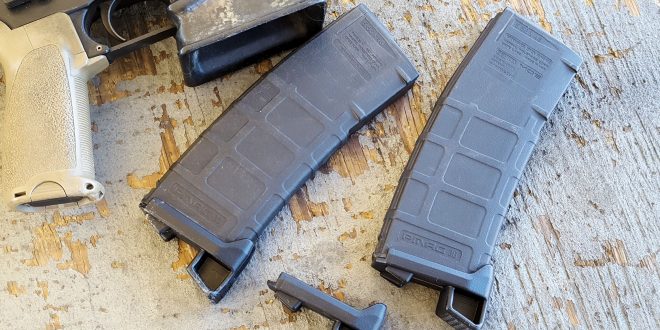 It’s a fact that using bipods and other accessories, such as shooting bags, go a long way in steadying the AR for shooting. While modern bipods work well, they also add extra weight and bulk to the front of the rifle. And, bags designed for stabilizing the rifle are not always practical for carrying (especially in a tactical situation). Plus, for competitive shooters, depending on the shooting sport, both of these items may or may not be allowed.

However, there is one item that can be used to help stabilize the rifle in both combat and in competition: the AR magazine. By resting the base of the magazine on the ground or other solid surface, you can turn it into a monopod, helping to stabilize the AR during firing. Although I often use this technique, especially in 3-Gun matches while shooting at targets greater than 100 yards away, I never gave much thought to there being a better way.

That is, until a friend recommended giving the MagPod PMAG AR (AR-15) magazine base pad(s)/floorplate a try. The MagPod base pad increases the surface contact the magazine has with whatever surface you’re resting it on. While it’s possible to have three points of contact between the ground and the AR while shooting prone–shooting elbow, support elbow and the magazine–the issue is, in most cases, due to the curve in the magazine, only a small part of the magazine (the rear) is touching the ground.

This minimal contact creates a pivot point that, if one is not careful, can effect one’s ability to steady the rifle. The Mag Pod base pad, incorporating both a front and rear extended pad, fixes this issue with an extended pad protruding off the front bottom of the base pad, with a smaller one in the rear. These raised pads essentially turn the angled bottom of the magazine into a flat one when it’s resting on something. Simple and effective. 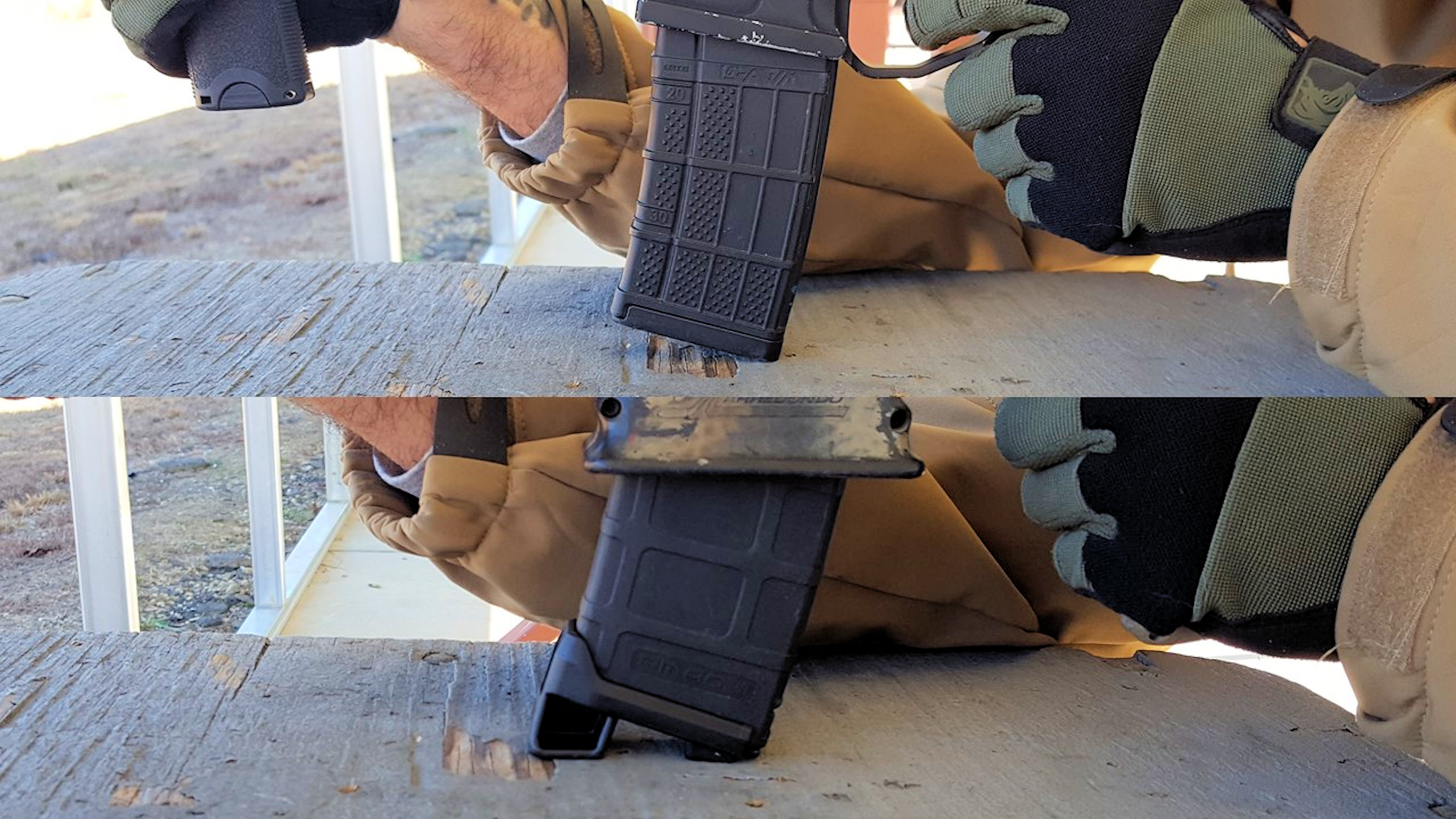 Standard base pad top; Note the gap that exists between the front of the magazine and the table. This single point of contact is a pivot point that can negatively affect the shooter. Bottom; MagPod’s design perfectly fills this gap. The increased contact surface area, makes the monopod menthod of using the magazine. Much more effective.

This increased surface contact with whatever you rest the magazine on offers a better stable platform than standard base pads. After just one session on the flat range, I’m sold. Using magazines equipped with MagPod base pads compared to ones without, I could immediately feel the difference. Even shooting on gravel, the MagPod-equipped mags allow the rifle to rest more solidly on the ground.

Mag Pod base pads come in packs of 3, and are only available for GEN 2 PMAGs. According to the MagPod website a newer version for the GEN 3 PMAG is in development. Seeing how Magpul PMAGs are the most popular magazines on the market, that’s smart on MagPod’s end. I do however hope that they consider offering a version for USGI-spec aluminum magazines. That would be very handy for service members, as aluminum mags are still widely used and carried in combat zones. 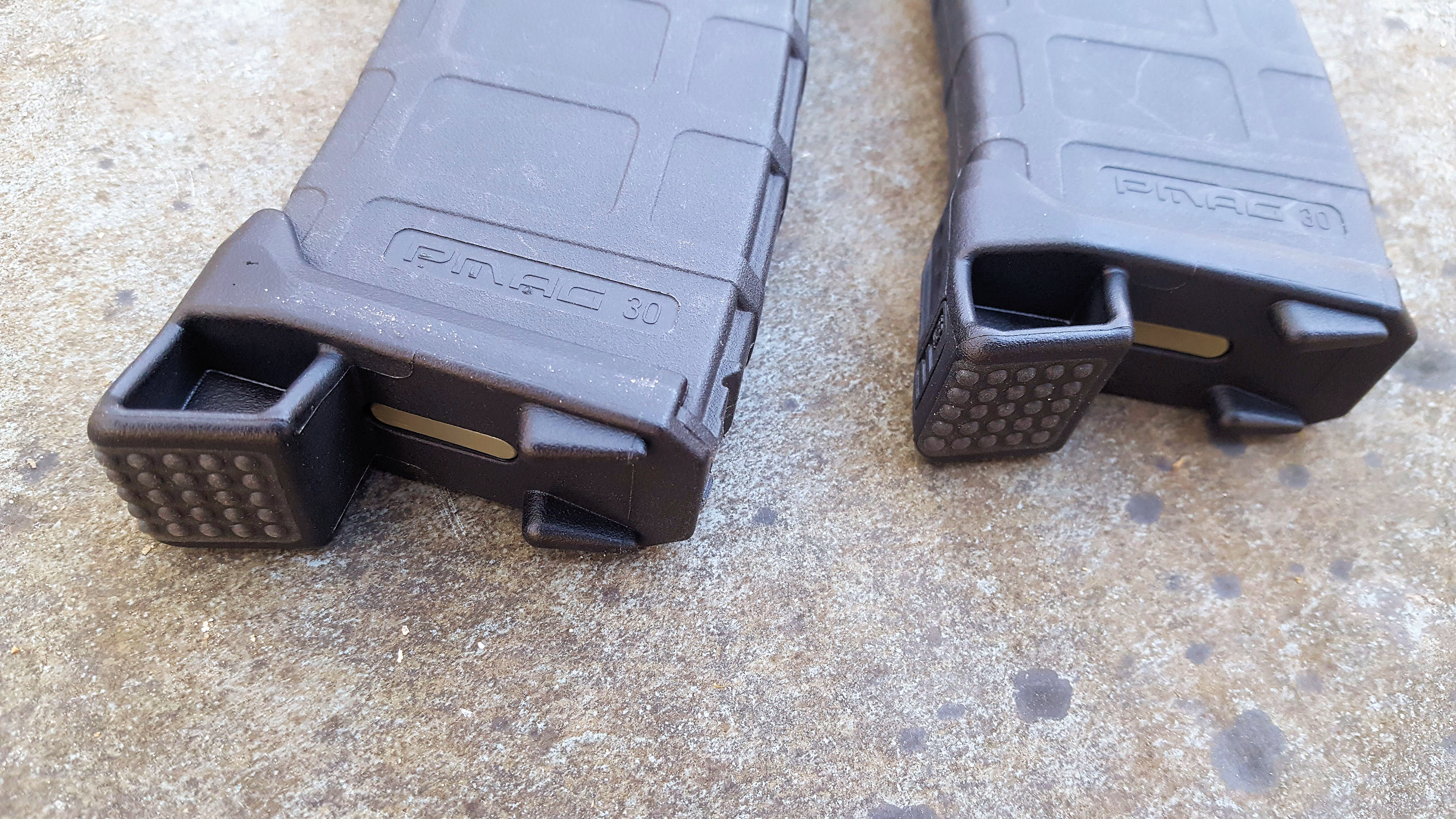 Close up of MagPod base pads. Note the textured surface on the front leg. It’s actually rubberized, not hard plastic. This allows it to grip smooth surfaces and not slide around. A nice touch!

A 3-pack of MagPod base pads currently retails for $19.95 online, as of this writing, just slightly higher than the cost of your average AR magazine. I think that’s a heck of a deal considering the added benefit they offer by creating a more stable shooting base. In fact, this is the first item I’ve reviewed for DR that I wish I had with me during my last tour in Afghanistan, now 2 years ago.

So, my advice: Go out and at pick up at least one 3-pack. A MagPod-equipped magazine could come in handy the next time you need to either 1) Engage a long-range steel plate in a 3-Gun match. Or, 2) Engage a more ‘active’ target, if you’re downrange serving in harms way. 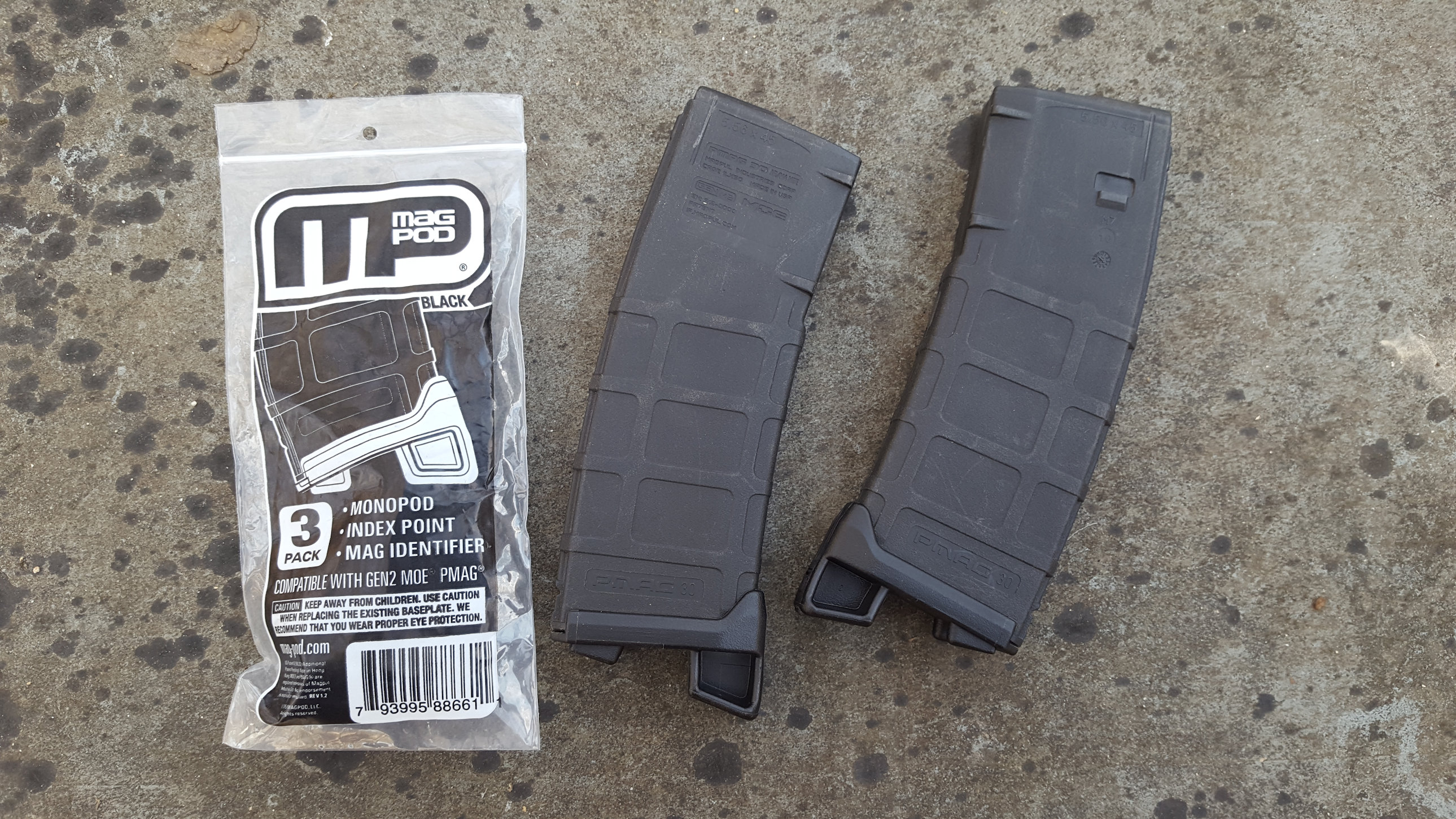 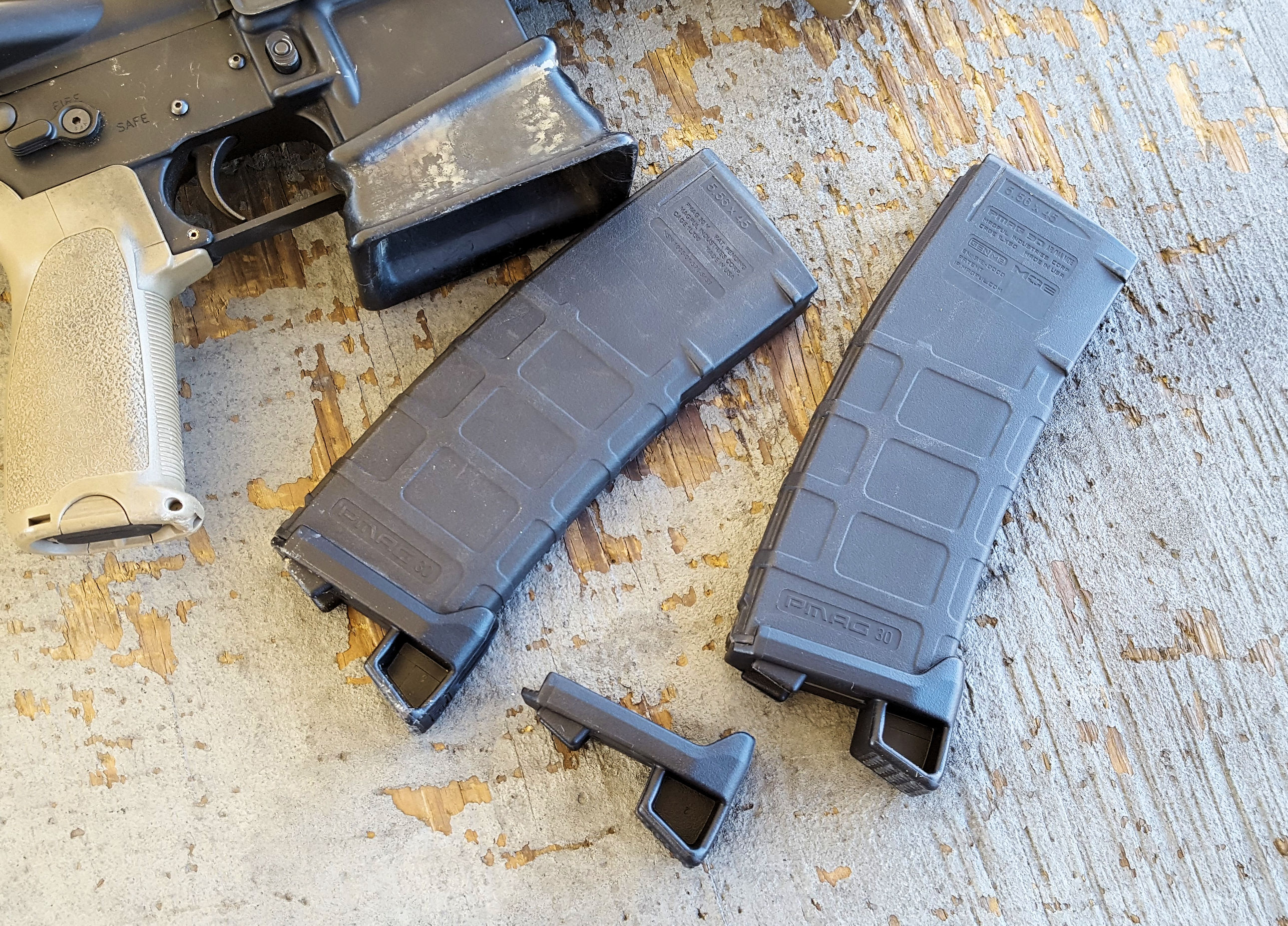 ‘Special Operations Turned Instructors – Not So Special?’: A Rebuttal. This is What’s so Special about Special Ops…

David Crane started publishing online in 2001. Since that time, governments, military organizations, Special Operators (i.e. professional trigger pullers), agencies, and civilian tactical shooters the world over have come to depend on Defense Review as the authoritative source of news and information on "the latest and greatest" in the field of military defense and tactical technology and hardware, including tactical firearms, ammunition, equipment, gear, and training.
Previous VioPrep 101 Counter-Violence Self-Defense Combatives (Real Fighting) Training AAR: On the Road to ‘Ground W.A.R.’
Next Condor Elite Prototype FLASH Ultra-Lightweight Tactical Armor Plate Carrier, Mag (Magazine) Pouches and Tactical Accessory Pouches: Lightweight Combat/Tactical Design Taken to the Next Level!