Since Defense Review just published an article on the Metal Storm 40mm Weapon System (40mm Multiple Grenade Launcher System), we thought we would follow it up with the following "CEO Update" that was just issued by Metal Storm Limited’s brand new CEO, David A. Smith. We’re providing it to our readers because it provides a good overview of the various technology applications Metal Storm will be focusing on and where the company is headed, in general. Here it is:

I have been on board as your CEO for six weeks, and now that I am firmly
behind the wheel of this company, I want to take this opportunity to give you
a complete picture of my background, priorities and goals for Metal Storm. I
also want to provide additional information on our latest success in
demonstrating our 40mm launch system technology. The CEO’s Corner is a forum
to communicate developments and priorities at Metal Storm, and I hope you will
respond to me directly with your feedback at the e-mail address found on the
Metal Storm Web Site.

Let me start by addressing your concerns over the volatility our stock has
exhibited of late. I need to let you know that there is nothing of which the
company is aware that has not been publicly disclosed which would explain the
movements in price. Management remains fully focused on getting on with the
job and I will not allow anything to compromise the company’s future or
management’s credibility by taking our eyes off the long term goals that we
are working hard to attain. 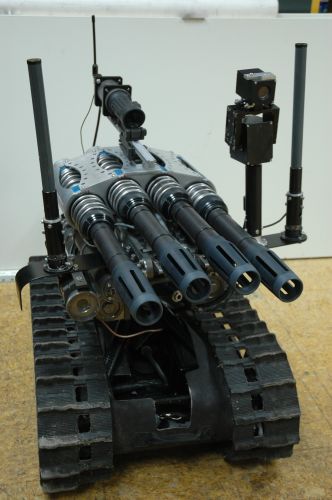 The Metal Storm components were manufactured by our subsidiary ProCam and
were integrated with an optical targeting system and purpose designed mount
into a unit that can be readily attached to the Talon or other robotic
platforms. The Metal Storm system also comprised significant differences in
design and construction to the prototype that was test fired a year ago.

For each demonstration there were two firing sequences performed; four
separate 4-round salvos and a single, rapid fire salvo of sixteen rounds. A
full system reload was performed between these two firings using our improved
preloaded 4-round cartridges. Pyrotechnic projectiles were fired at targets
that included simulated personnel, bunkers and tracked vehicles to highlight
the effectiveness of such a system in field conditions. 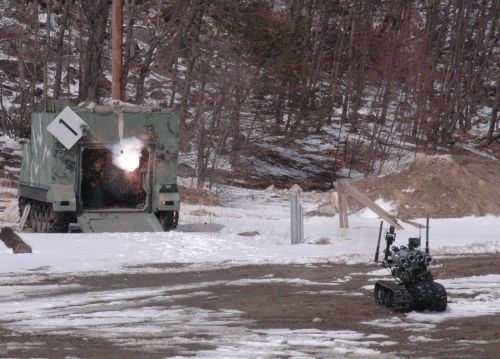 Interest shown by attendees of these demonstrations has been extremely
high and our Business Development people are already working a number of
specific opportunities that have arisen directly from these demonstrations. As
someone who has spent his entire career in the military arena, in the US Armed
Forces and associated with businesses that equip it, I could not be more
excited about the response received from this very significant event.

This is the first in what I believe will be many successful product
demonstrations for Metal Storm as a company with technologies that can provide
profound improvements for military platforms and systems. What I have found
in the past six weeks is a talented and dedicated group of managers and
engineers, with the capabilities to take this company successfully forward. I
believe that collectively we have the vision and execution strategy needed to
provide tangible benefits to our customers and to build lasting value for our
shareholders. We will continue to take the steps necessary to see the
earliest possible commercialization of our products.

I joined Metal Storm because I saw an organization with the same
potential, if not more, than my last company, which experienced dynamic growth
and profitability during my tenure, and is today a company with a market
capitalization of over US$600 million. Getting there is never easy, and
requires a sound plan based on practical realities and successful execution
over time. Metal Storm is in a transition phase between Proof of Concept and
Product Implementation. A great deal of engineering work is necessary to
finalize prototype designs into more robust, operationally compatible systems
and to have them certifiable for use by various military forces and to
manufacture them for military use. The life cycle of a technology company
typically experiences real contractual activity after the Product
Implementation Phase is complete; which for Metal Storm’s 40mm weapons system
is estimated to be approximately nine months to one year from now. 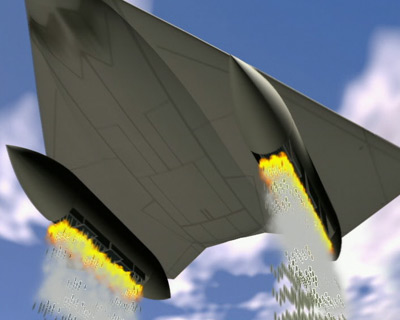 A detailed plan will be provided as part of our Annual Report to
shareholders, which will be published next month. In that plan there will be
some revised priorities that relate to Metal Storm’s business model going
forward, along with definable milestones that will enable you to gauge our
success in executing against our plan. Attaining these milestones will serve
as a report card for management, and I take full responsibility for getting
the job done.

Among the changes you will see at Metal Storm is the company’s approach to
external communications. Metal Storm’s future success relies in large measure
both on protecting its proprietary technology and maintaining strong
relationships within the defense establishments in the countries where it
plans to do business going forward. While we will fully comply with the
disclosure requirements in all markets where Metal Storm’s stock is traded,
the company will not issue news releases with the same frequency or regularity
as it has in the past, as it moves beyond the innovation phase and engages
more in product implementation programs with customers. You should also know
that there may be circumstances where Metal Storm is prohibited by US or
Australian law from disclosing information that is associated with certain
projects that the Company is involved with.

That does not mean that the company is not moving forward successfully
against its stated goals. What it does mean is that the news you will get from
us will be timely, of material importance and framed in the context of
providing its stakeholders — shareholders, employees, customers, partners and
regulators — with all pertinent information necessary to assess the company’s
status and progress.

With that, I would like to provide you with updates on some of the
programs that Metal Storm has been involved in: 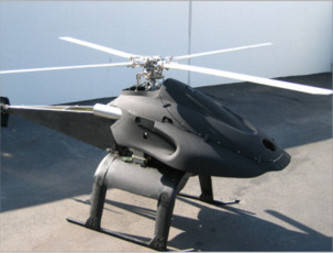 * The Dragonfly UAV project remains firmly on foot and we expect to
conduct live fire demonstrations in the next few months. We took the
decision to cancel the planned demonstration at Picatinny because of
operational restrictions which would have limited the impact of the
demonstration. We can now take advantage of an opportunity to hold a
separate and more specific demonstration of our UAV capability at a
different location and time where we can more effectively showcase the
capability of our 40mm weapon system combined with the Dragonfly DP4x.
This was a business decision.

* The Anti-RPG SBIR Phase 1 is complete and a Phase II proposal has been
submitted. We are not permitted to provide specific details about the
content or timing of the Phase II submission.

* The Thunder & Lightning SBIR has been discontinued following a change
in the status of the lead contractor.

* The two Missile Defense Agency SBIR’s are subject to disclosure
restrictions and we cannot comment on them other than to say our
participation in them is currently inactive. 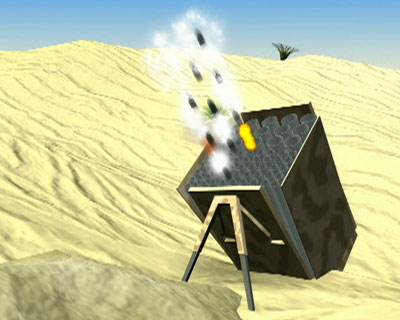 * The Area Denial Weapon System (ADWS) program being led by the
Australian Defense Science & Technology Organization (DSTO) is due to
conclude in April and we are hopeful that we will be in a position to
disclose some information about its outcome and our plans for its
future in the next few months.

* The Advanced Individual Combat Weapon (AICW) program also being led by
DSTO is ongoing and expected to conclude late in 2005.

* The Torpedo Defense project with Lockheed Martin has been completed and
a formal debrief was provided to the US Navy, which was very positively
received. Lockheed Martin and their US Navy sponsor are currently
evaluating next steps for this concept. 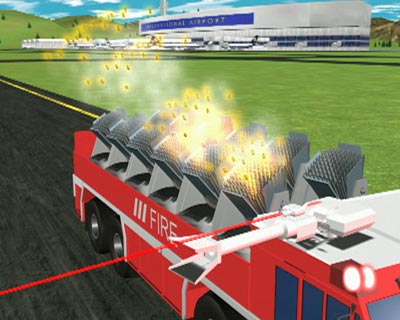 * The Fire Fighting project is closely linked technically to the
development of the Metal Storm 40mm weapon system, sharing the same
core components and support systems, and we believe is technically
achievable as planned. Market feedback on the operational feasibility
and likely take up of a firefighting product has, however, shown that
it is unlikely to generate the levels of income in the time frames
previously envisaged. Consequently I have downgraded this project in
our priority list but we continue to maintain our collaboration with
Pyrogen.

* The Personalised Handgun (Smartgun) project being worked with the New
Jersey Institute of Technology (NJIT) is being progressed according to
the timetable we recently published which aims to have a jointly
developed Smartgun ready for market from late 2007.

* The Electronic Handgun project currently comprises the intention to
secure agreements with licensees to further develop and market the
handgun in various markets. A process is currently underway to identify
and qualify appropriate licensees. 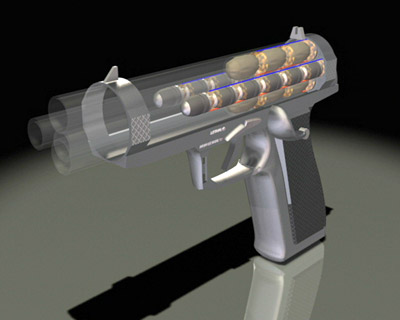 I am committed to Metal Storm for the long haul. Both personally and
professionally, I am prepared to do whatever it takes to deliver value for all
stakeholders in the shortest possible time frame. Stay tuned.

About Metal Storm
Metal Storm Limited is a defense technology company engaged in the
development of electronically initiated ballistics systems using its unique
"stacked round" technology. The company is headquartered in Brisbane,
Australia and incorporated in the US, with an office in Washington DC and a
defense engineering capability located in Seattle, operating as ProCam Machine
LLC. The company has invented a ballistics technology that has no known
conventional equivalent. Metal Storm is working with government agencies and
departments, as well as industry, to develop a variety of systems utilizing
the Metal Storm non-mechanical, electronically fired stacked ammunition
system.

Safe Harbor
Certain statements made herein that use the words "estimate", "project",
"intend", "expect", "believe" and similar expressions are intended to identify
forward-looking statements within the meaning of the Private Securities
Litigation Reform Act of 1995. These forward-looking statements involve known
and unknown risks and uncertainties which could cause the actual results,
performance or achievements of the company to be materially different from
those which may be expressed or implied by such statements, including, among
others, risks or uncertainties associated with the development of the
company’s technology, the ability of the company to meet its financial
requirements, the ability of the company to protect its proprietary
technology, potential limitations on the company’s technology, the market for
the company’s products, government regulation in Australia and the US, changes
in tax and other laws, changes in competition and the loss of key personnel.
For additional information regarding these and other risks and uncertainties
associated with the company’s business, reference is made to the company’s
reports filed from time to time with the Securities and Exchange Commission,
including the company’s Form 20-F.

David Crane started publishing online in 2001. Since that time, governments, military organizations, Special Operators (i.e. professional trigger pullers), agencies, and civilian tactical shooters the world over have come to depend on Defense Review as the authoritative source of news and information on "the latest and greatest" in the field of military defense and tactical technology and hardware, including tactical firearms, ammunition, equipment, gear, and training.
Previous Metal Storm 40mm Weapon System/Talon Robot Live-Fire Demo for U.S. Military
Next New High-Tech Sensor-Laiden Smart Carpet May Revolutionize Building Security