Unmanned Aerial Vehicles (UAVs) have already proven their unique capabilities and importance in the U.S. military's prosecution of the war on terror. Large tactical reconnaissance/targeting UAVs like the now-famous weaponized Predator UAVs (a.k.a. Predator drones), including the RQ/MQ-1 Predator, YMQ-9A Predator (also referred to as MQ-9A Predator), and MQ-9B (a.k.a. Predator B) Hunter/Killer UAV/drones, all made by General Atomics, have already been used to successfully terminate/liquidate enemy combatants. The Predator B series UAV/drone can carry up to 14 AGM-114 Hellfire series and Hellfire II anti-armor missiles, and is thus a formidable anti-armor/anti-personnel weapons platform that represents the future of mobile air lethality.
However, Hunter/Killer operations are just part of the equation for the U.S. Army's Future Combat Systems (FCS) program. FCS also needs small, lightweight, and affordable man-portable/backpackable UAVs that can be used by dismounted infantry soldiers, Marines, and Special Operations personnel for reconnaissance, security, and target acquisition operations in open, rolling, mountain, desert, and urban warfare (a.k.a. restricted warfare) environments, and that's where the new Honeywell Micro Air Vehicle (or, Ducted-Fan Micro Air Vehicle) comes in. Developed under a two-phased Defense Advanced Research Projects Agency (DARPA) Advanced Concept Technology Demonstrations (ACTD) program and described by Honeywell as a "modular, scaleable family of systems supporting soldiers in both urban and open terrain", the Honeywell MAV goes a step further than conventional Small UAV systems (a.k.a. Mini-UAV systems) like the AeroVironment (AV) Raven and Dragon Eye SUAV systems (just two examples) in that it… 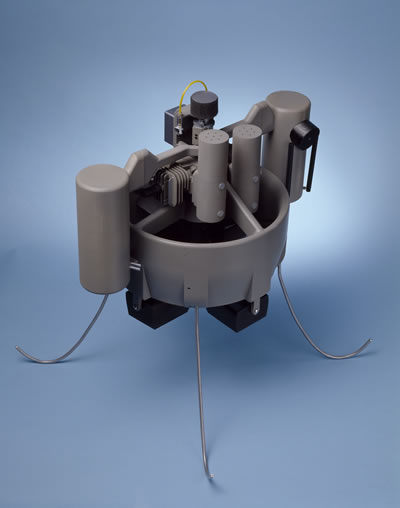 features both "hover and stare" and "perch and stare" capabilities, so it can provide real-time combat information (or recorded information) while in the air or on the ground. This operational versatility is made possible by the MAV's lift-augmented ducted fan propulsion system which gives the MAV VTOL (vertical takeoff and landing) capability and allows it to operate virtually anywhere, even in confined spaces. And, once it gets there it can loiter in one spot, either in the air (hover and stare mode) or on the ground (perch and stare mode). While operating in the latter mode, the MAV essentially becomes an unattended ground sensor and continues to collect data. In this ground sensor mode, the MAV uses much less fuel. When the MAV needs to move to a different location or follow a moving target of interest, in can jut take off and go.

According to Vaughn Fulton, Honeywell's program manager for unmanned aerial systems, the MAV "is designed to fly between ground level and 500 feet, but it could go up to 10,500 feet. it is a scout and reconnaissance type of vehicle. It allows people to see over a hill or around a building." Vaughn explains the MAV's ducted-fan method of propulsion this way, "The fan is not propelling it through the air, but sucking it."
The Honeywell MAV is currently the front runner for selection as a Class I Unmanned Aerial Vehicle (UAV) system for FCS. "The Micro Air Vehicle has flown more than 200 successful flights, including flying in a represtative urban environment," said Mark Franzblau, Director, FCS Unmanned Aerial Vehicle system development. "We are confident it will continue to meet or exceed the goals of DARPA's contract and eventually transition to FCS as the preferred Class I UAV platform."
Boeing and Science Applications International Corporation (SAIC) form the Lead Systems Integrator team for the U.S. Army's Future Combat Systems (FCS). The following has been excerpted from a Boeing press release issued on October 18th, 2005: 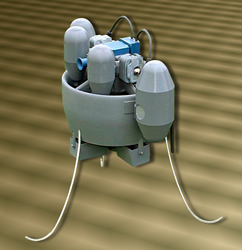 "The Micro Air Vehicle contract provides critical development in two key technology areas essential to meeting FCS Class I Unmanned Aerial Vehicle requirements: a ducted fan design providing hover and stare capability coupled with a small heavy fuels engine. The FCS program will continue to work with DARPA and Honeywell to transition the heavy fuel engine technology as it matures through the remainder of the DARPA contract.
Leveraging DARPA's investment in the Micro Air Vehicle technology, Boeing issued a system engineering contract in December 2004 to Honeywell to conduct a gap analysis identifying what additional development was required to transition the DARPA vehicle to an FCS-compliant Class I UAV system. Under the extended, nearly-three-million-dollar contract announced this week, Honeywell will continue the systems engineering analyses leading to a System Functional Review in March 2006. Following a successful review, Boeing intends to award a Class I UAV System Development and Demonstration contract to Honeywell. The development and demonstration phase will continue through FY2014 and will include the development and flight test of unmanned, autonomous vehicle prototypes.
The FCS Class I Unmanned Aerial Vehicle is one of four classes of FCS Unmanned Aerial Vehicle systems that are organic to platoon, company, battalion and brigade echelons and form the airborne component of the FCS network providing protection and information for troops on the ground. Together, they constitute four of the 18 systems, which, together with the network and the soldier, will make up FCS.
The FCS Class I Unmanned Aerial Vehicle will be used for reconnaissance, security and target acquisition operations in open, rolling, complex and urban terrain. Each system – comprising two air vehicles, a dismounted control device and associated ground support equipment – will be carried by selected platforms and dismounted soldiers, and will use autonomous flight and navigation with vertical take-off and landing and recovery capability."
So, what's the MAV project really all about? Well, it would appear that the goal is to give U.S. military infantry personnel a similar mobile, backpackable remote-control robotic telepresence capability in the air to what they already have on the ground with reconnaissance and surveillance UGV (unmanned ground vehicle)/robotic systems like the iRobot PackBot family (including the backpackable PackBot Scout reconnaissance and surveillance robot), Foster-Miller Weaponized Talon Robot/SWORDS (which can actually target and engage the enemy), and Dragon Runner (another backpackable recon/surveillance robot). The idea is to send the MAV ahead as a scout to gleen real-time intelligence before you send your troops in. If the MAV locates a group of enemy insurgents or terrorists, you can send in the aforementioned Predator Drone outfitted with Hellfire II missiles, swarms of Weaponized Talon Robots/SWORDS, other larger weaponized unmanned ground vehicle (UGV) platforms/systems, manned attack aircraft (fighter aircraft), and various other weapons systems before you even risk your troops. Risk management and casualty mitigation, that's the name of the game, here. The less U.S. troops that are wounded and killed, the longer we can keep fighting. No doubt, the U.S. Army has plans to also integrate the MAV and future, more advanced MAV-type programs into the Future Force Warrior (FFW) and Future Warrior programs. According to 1st Lt. Mario A. Quevedo, a platoon leader with the U.S. Army's 2nd Battalion, 5th Infantry Regiment, "the micro air vehicles are the future." He's most likey right.

It should perhaps be noted that U.S. military infantry personnel aren't the only group that will benefit from the MAV tech. U.S. law enforcement and Department of Homeland Security (DHS) assets will also be able to apply the technology. It looks like Minority Report-level robotic tech for domestic crime fighting isn't that far off.  Is that good or bad? Frankly, we're not sure.  We'll let the reader decide.  Let's just hope the technology isn't abused.

Honeywell's tagline for the MAV is "Micro Air Vehicle: Providing unprecedented situational awareness in small unmanned platforms," and they very well may have succeeded in that goal. Only time will tell. But, right now, the MAV technology looks promising. 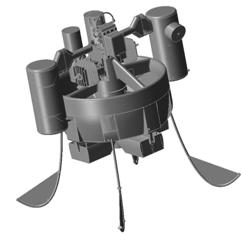 David Crane started publishing online in 2001. Since that time, governments, military organizations, Special Operators (i.e. professional trigger pullers), agencies, and civilian tactical shooters the world over have come to depend on Defense Review as the authoritative source of news and information on "the latest and greatest" in the field of military defense and tactical technology and hardware, including tactical firearms, ammunition, equipment, gear, and training.
Previous CamelBak Gears Up for U.S. Military SPECOPS and Chemical/Biological Warfare
Next TASER X26 Less-Lethal Weapon System Gets Audio/Video Recording Capability