A company called Robotic FX, Inc. has come out with a tactical ground robot/UGV (Unmanned Ground Vehicle) called the Negotiator Tactical Surveillance Robot (TSR).
DefenseReview got to operate the Negotiator tactical robot (a.k.a. tactical bot) at IACP Miami 2005 at… 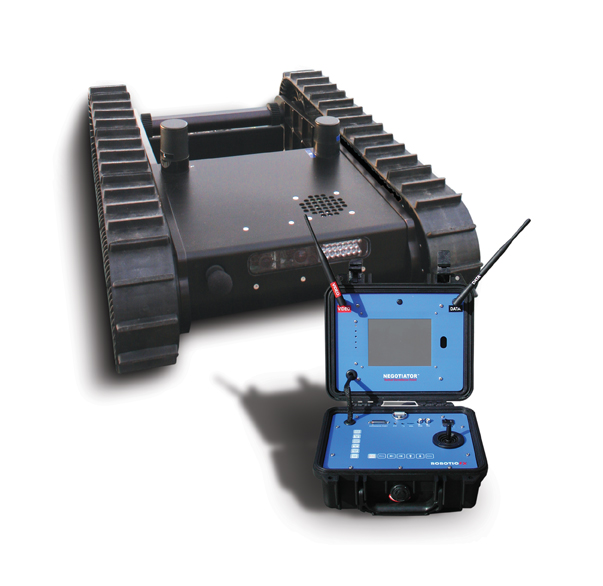 the Robotic FX booth, but we weren’t allowed to shoot any pictures of the system at that time. DefRev found the controls on the Operator Contol Unit (remote control unit) to be intuitive. We got the hang of it very quickly, and the Robot was very easy to control. The resolution on the OCU’s display screen is pretty good, and appeared to be more than good enough to be able to identify any items that military, law enforcement/Homeland Security, or private security company (PSC) professionals/end users might need to look for, like people (enemy combatants or criminal suspects), weapons (firearms and knives), IEDs (Improvised Explosive Devices), drugs/contraband, etc.

While we were at the booth, we got the chance to talk with a ranking officer from a Florida sheriff’s office who was in the process of evaluating the Negotiator for purchase for SWAT applications. He was very positive on the system and believed it would prove a viable and valuable tactical tool for their SWAT team. It’s our understanding that his organization has since purchased a Negotiator system. Defense Review plans on interviewing this person to get their feedback on the Negotiator when we can. 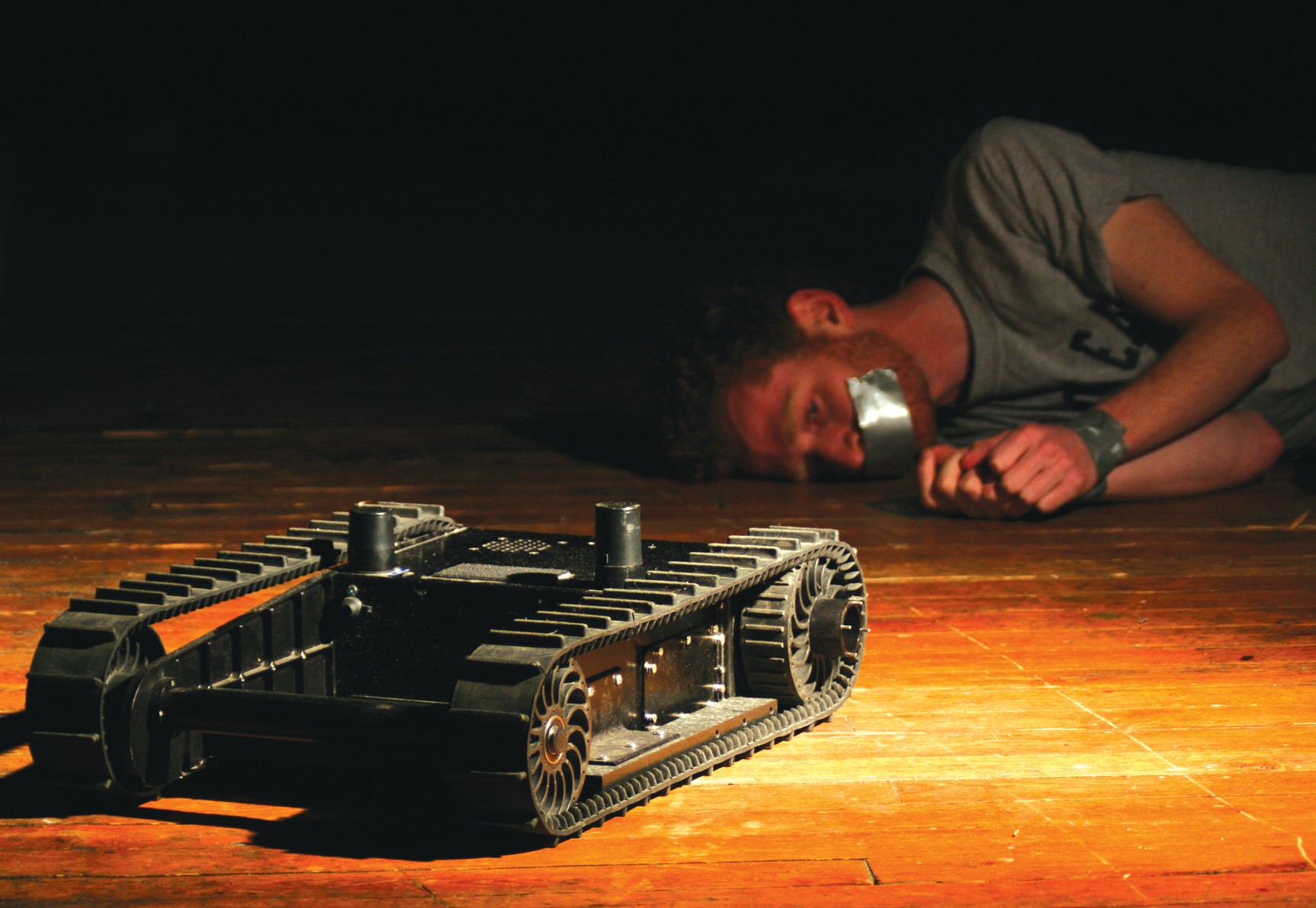 In the meantime military and law enforcement organizations interested in learning more about the Negotiator Tactical Surveillance Robot should contact Bob Flint by phone at 847-301-4106, or by email at [email protected]. Mr. Flint is Robotic FX, Inc.’s Mil/LE programs manager.
The following is a Robotic FX, Inc. press release.
PRESS RELEASE
FOR IMMEDIATE RELEASE 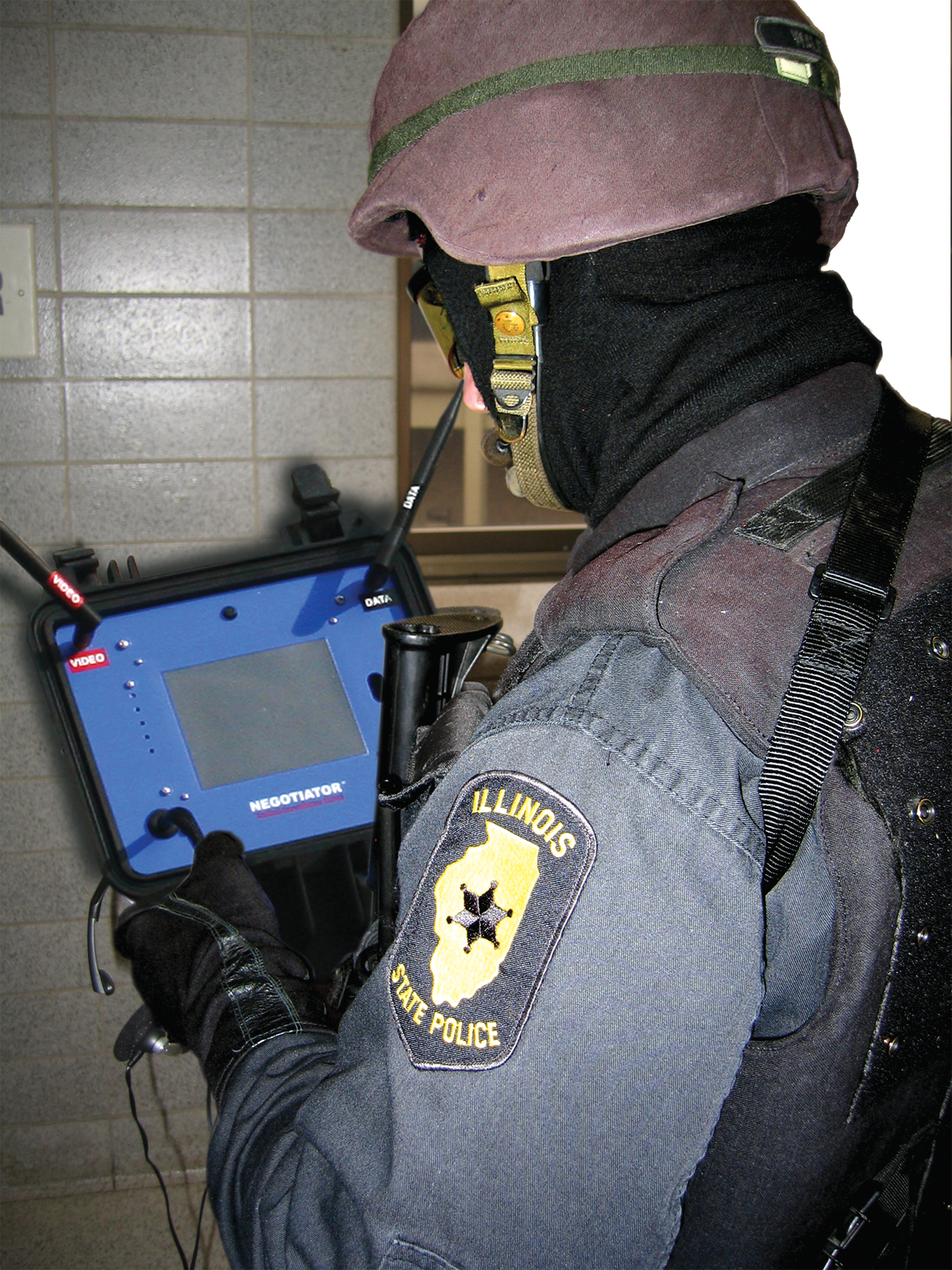 The Negotiator Robot was designed as a tool to be utilized by first-response personnel in dangerous situations such as hazardous material spills, hostage barricade situations, etc. The robot employs a variety of camera systems (pan/tilt, night vision, etc.), which provide real time video to first responders, a two-way audio communication system which allows for discrete communication, and a series of sensors, which can detect most hazardous materials and then transmit the information back to the operator control unit. The Negotiator also is capable of traversing rough terrain (e.g. a flight of stairs, tall grass, etc.) to ensure that first responders obtain the information they require from even the most remote location.
The base Negotiator Robot system comes standard with full-motion color video, 2-way digital audio communication and a ruggedized Operator Control Unit. The Negotiator’s modular design allows for the addition of a wide range of payloads and accessories, which can easily transform the Negotiator into a mission-specific tool. The "plug & play" nature of the Negotiator Robot’s design maintains cost effectiveness in that each component can be purchased as required or as funding becomes available.
"The [Negotiator] robot has become a vital component of our tactical team," noted Commander Bob Lewis, Collier County Sheriff’s Office, Special Operations Group. "In our last hostage barricade situation, use of this robot saved us countless hours and literally thousands of taxpayer dollars by helping us diffuse a highly dangerous situation quickly and safely”.
Robotic FX, Inc. designs and manufactures a low cost robotic solution to remote decision making in an effort to help save lives. For more information, please visit our website at www.roboticfx.com or contact Bob Flint at (847) 301-4106.
Additional Photos: 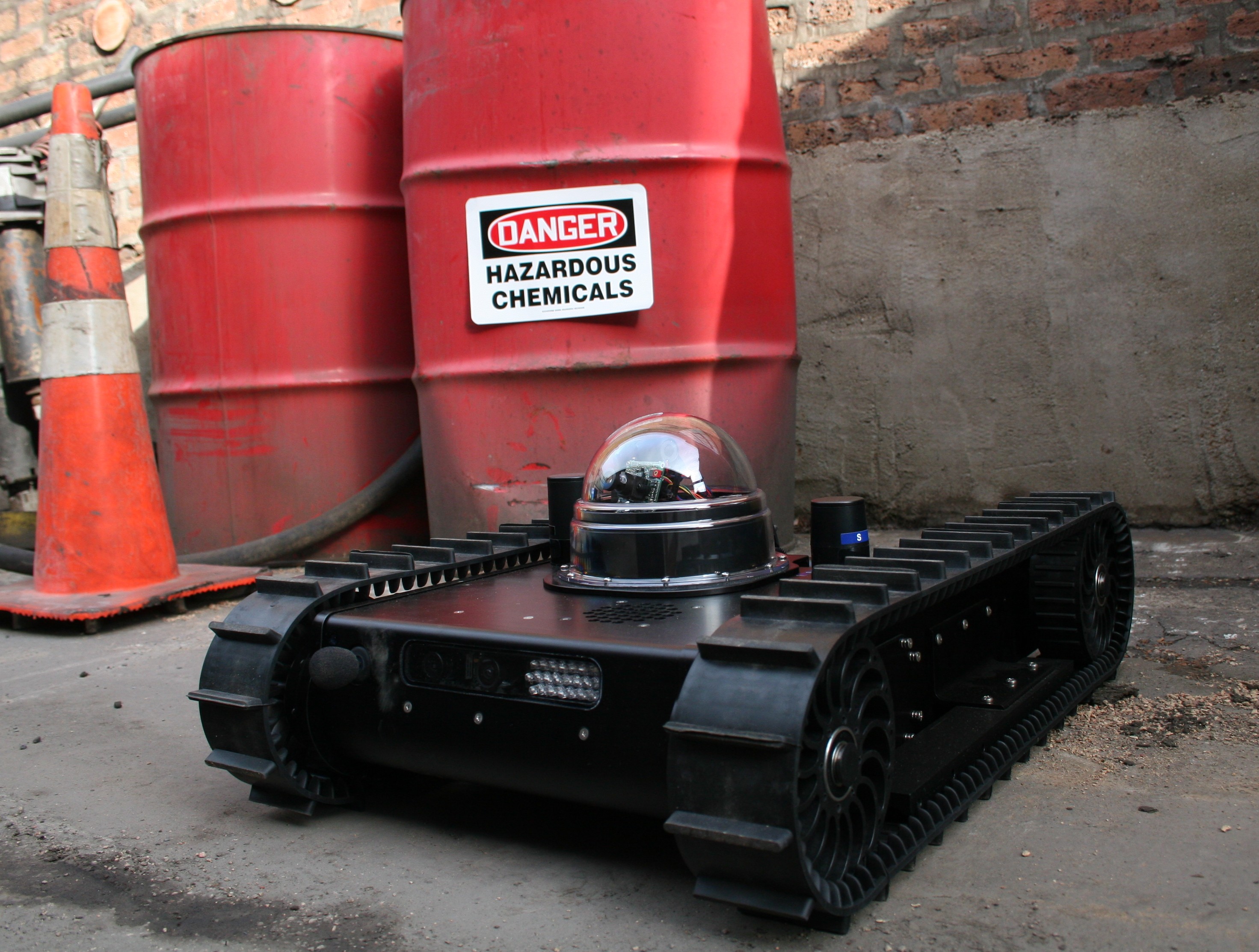 David Crane started publishing online in 2001. Since that time, governments, military organizations, Special Operators (i.e. professional trigger pullers), agencies, and civilian tactical shooters the world over have come to depend on Defense Review as the authoritative source of news and information on "the latest and greatest" in the field of military defense and tactical technology and hardware, including tactical firearms, ammunition, equipment, gear, and training.
Previous Bus Takedown Video: IMS Anti-Terror/Counter-Terror School for Mil/LE SPECOPS
Next Is Cloaking Technology for U.S. Infantry Warfighters Finally Possible?