Photos below are of German KSK (German military Special Forces) and Dutch Special Forces operators with the Oerlikon Contraves Laser Light Module (LLM 01) tactical aiming laser/white light (laser aiming device/tactical white light) attached to their weapons. Click on photos below to view them full-size. The following is a slightly edited Advance Defense Technologies (ADT) press release for the LLM-01.:
The Laser Light Module 01 (LLM 01), manufactured by Oerlikon Contraves GmbH (OCG) of Stockach, Germany, is a small-arms active aiming device/tactical white light (a.k.a. laser aiming device/tactical white light) with a target marker and a target illuminator in the near infrared region, and a target marker and flashlight in the visible range.  The LLM-01 visible/IR tactical aiming laser/white light was designed and developed specifically for military Special Operations Direct Action missions and law enforcement SWAT operations to allow these operators to engage in rapid, accurate, day and night firing at fast-appearing/fast-moving targets and for overt/covert situational awareness after dark or in dark spaces. With the flick of a switch, it goes from visible white light and red marker (singly or jointly) to infrared illuminator and marker: if your goggles slip off or quit on you, you may switch to visible in a fraction of a second.
Oerlikon Contraves is known worldwide for its targeting systems and fire-control systems. While Oerlikon’s competitors were still hesitating to make the leap from flashlights to red target markers, OCG had designed, manufactured and field-trialed with the German Army the LLM-01, a multiple-source active aiming aid that quickly became standard issue and was nicknamed “the rifleman’s best friend” after extended tours of duty in Bosnia and Afghanistan. The LLM 01 found both acceptance and combat opportunities also with the… 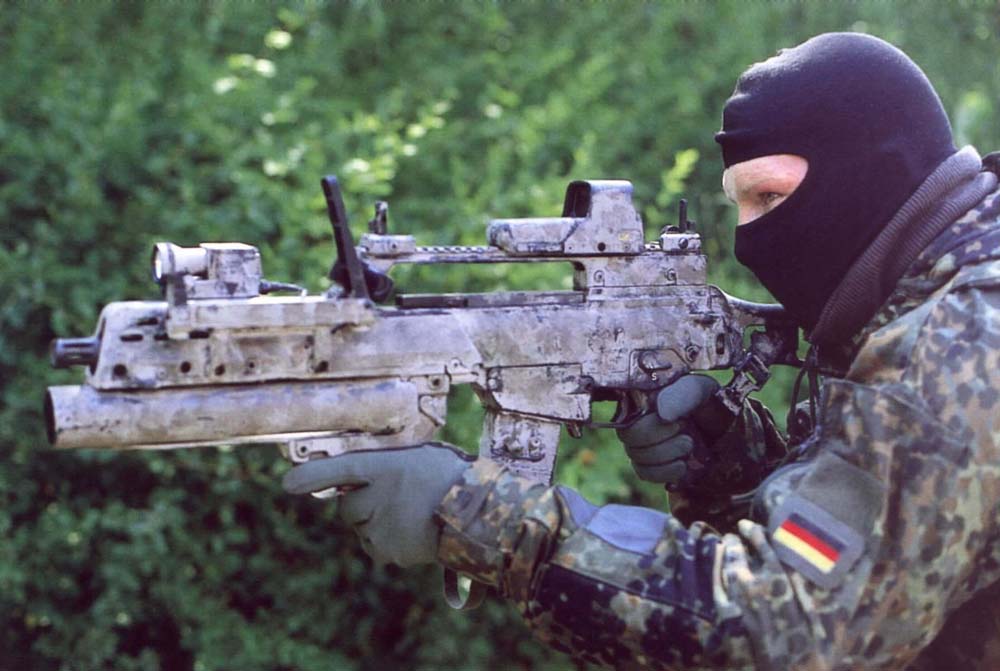 British SAS, in Afghanistan and Iraq. Elite police forces worldwide use the LLM-01. Close partnership with its customers and feedback from the combat field allowed Oerlikon to constantly improve the LLM-01’s performance in the most delicate Special Operations missions as well as in urban warfare where it is truly a force multiplier.

So, what can those 7 ounces of German electro-optical engineering/tactical optronics contribute to a tactical operator’s effectiveness in close quarters battle (CQB) scenarios?  During daytime operations, the LLM-01 can make the transition from bright daylight to the darkness of a shooting house much easier both to the naked eye and to the eye assisted by night-vision goggles.  During nighttime operations, the LLM-01’s target markers allow the tactical operator to put a visible or infrared (IR) dot on a moving, low contrast targets such as jack rabbit and hardly ever miss a shot. In a very dark enclosed space, or in a very dark night, the diffused IR illuminator finds quickly the bad guys and the IR target marker makes missing almost impossible.  Experienced LLM 01 users have commented on their ability to place a highly-visible red dot on target from non-shouldered firing positions (even one-handed shots) and score fast hits at combat-relevant conditions in both daylight and night conditions with the LLM01. 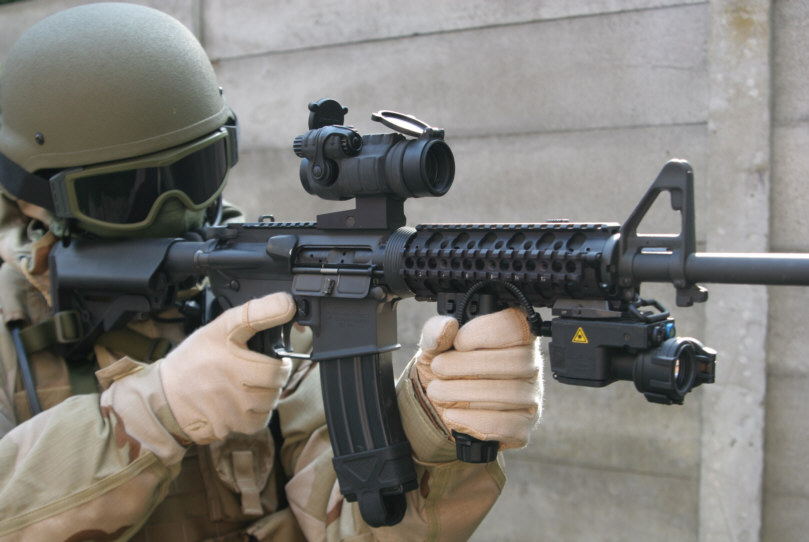 *The two target markers can be independently boresighted in azimuth and elevation.*

Not-so-basic tactical situations and special operational requirements are covered by different software configurations and a full allowance of accessories going from Shape Generators to Remote Trigger Cables, from simple snap-on tubes (to reduce the chances of off-axis observation of the laser markers) to three types of Laser Heads of different intensity and wavelength to be field-attached to the unit in place of the visible flashlight. Also the Laser Heads’ beam can be boresighted in elevation and azimuth. 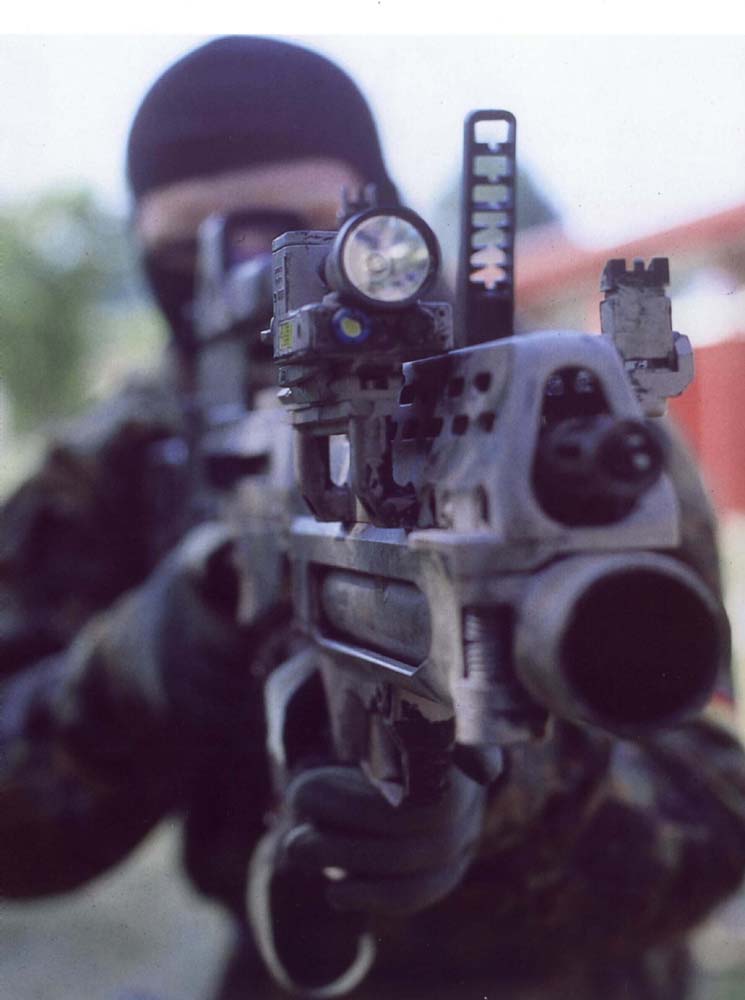 The modular design of the LLM 01 allows the quick adaptation of this aiming aid to a variety of weapons, environments and mission requirements, including laser illumination for targeting purposes to better than 2,000 meters.
And, the LLM-01 is the only device in its class providing an easy way to regulate laser power in 5 steps to comply with different eye safety regulations and accommodate training and tactical situations.
The LLM-01 is fastened to its weapon’s rail via an integral quick-clamping weapon adapter tailored to the rail’s configuration. The LLM01 maintains alignment even after repeated removal and fastening events from and to the same weapon.
The LLM-01 is hardened against battlefield EMC, including jamming, electro-magnetic fields, and against electrostatic discharges. The standard LLM 01 is watertight to a depth of 20 meters; for special missions it can be supplied watertight to 30 meters.
The LLM-01 is a modular, microprocessor-configurable, user-friendly, rugged, combat-proven aiming aid indispensable to the warfighter and law enforcer engaged in difficult tactical situations where the first shot on the right target must count.
The LLM01 is truly "the rifleman's best friend", can even be utilized on duty-sized pistols (secondary weapons).
The LLM 01 is in mass production and price competitive with all similar US-made devices. 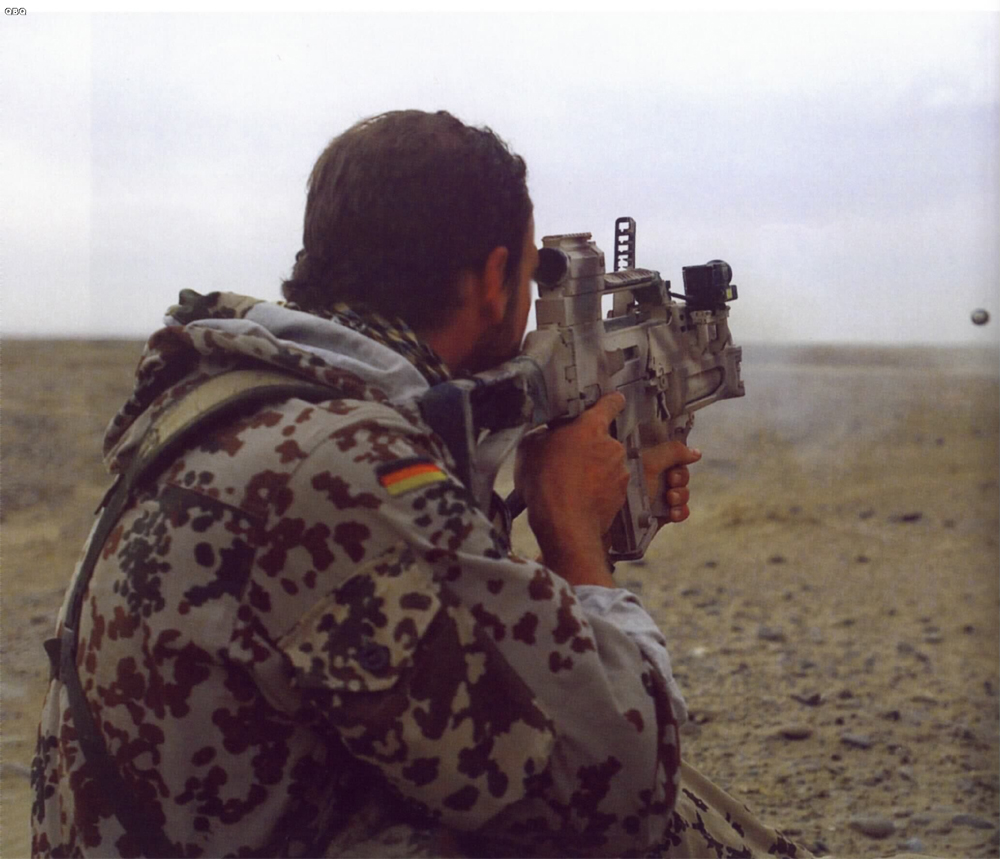 Advance Defense Technologies (ADT) of Westlake Village, California, is the sole Representative and Distributor of Oerlikon Contraves GmbH (OCG) laser-based active aiming aids, such as the LLM-01, in the United States. If you would like to inquire about the LLM-01 or any of Oerlikon's other laser-aiming devices/tactical white lights, ADT can be contacted by phone at 805-778-7590, or by fax at 805-778-1591. 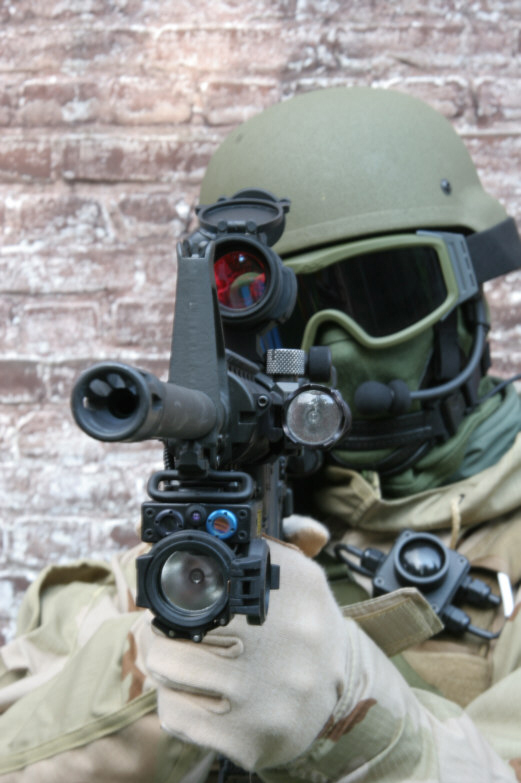 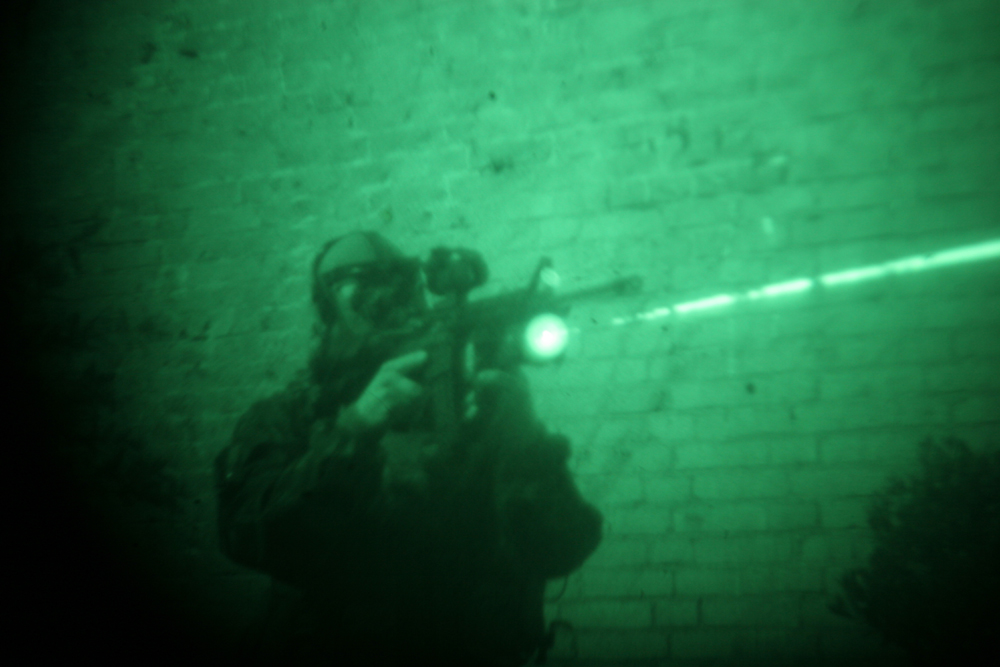 David Crane started publishing online in 2001. Since that time, governments, military organizations, Special Operators (i.e. professional trigger pullers), agencies, and civilian tactical shooters the world over have come to depend on Defense Review as the authoritative source of news and information on "the latest and greatest" in the field of military defense and tactical technology and hardware, including tactical firearms, ammunition, equipment, gear, and training.
Previous Request for Charitable Donations for Rebuilding Efforts in Iraq
Next Non-Magnetic/Non-Detectable Synthetic Edged and Pointed Weapons for Covert Ops