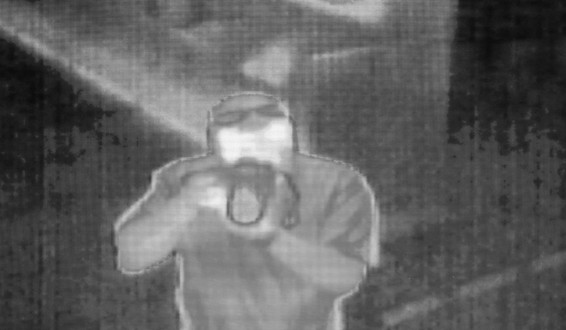 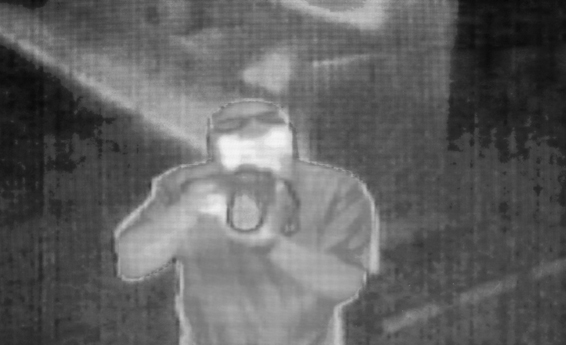 A spate of articles have recently been published on some interesting new thermal/IR (InfraRed)/near-infrared (night-vision) nanotechnology involving the use of a single-atom Graphene layer that may allow for the eventual creation of optics as small as thermal/IR/night-vision contact lenses. The Graphene-layer nanotech lens can absorb infrared light rays at room temperature (no need for all that bulky, heavy and cumbersome cooling equipment), and turn them into an electrical signal, much like a CMOS chip inside a digital camera does with visible light. The two-dimensional Graphene layer can absorb both infrared AND ultraviolet light, so it should also come in handy in protecting against harmful sunlight, at least in theory.

It’s interesting to DefenseReview (DR) that the various articles are focusing on the possibility of night-vision contact lenses, when it would seem easier and more logical to integrate the new (nano) technology into tactical eyewear/eyepro (sunglasses, regular eye glasses, and combat/tactical goggles), combat optics (weapon sights and tactical scopes), thermal/IR/night vision imagers and cameras (still and video), vehicle windshields, etc. We assume the articles just lept to contact lenses to show how far (and small) the technology can actually be taken.

The eggheads behind the new lens tech are Ted Norris and Zhaohui Zhong (awesome name, hopefully pronounced “Zowwie Zong” ) out of the Zhong Group Nanoelectronics and Nanophotonics Lab at the University of Michigan, Department of Electrical Engineering and Computer Science. The two developers are self-proclaimed materials science guys, not product-development gurus, so they’re leaving the technology’s potential real-world applications up to the marketplace(s), but they’re optimistic about their Graphene nanotech’s future.

The primary challenge is that the current-generation Graphene-layer tech isn’t anywhere near what would be required in a viable military or even commercial thermal/IR/near-IR product. “The challenge for the current generation of graphene-based detectors is that their sensitivity is typically very poor,” says Zhong. “It’s a hundred to a thousand times lower than what a commercial device would require.” So, Zhong, Norris, and the rest of the Zhong Group nanophotonics funky bunch worked with a bunch of graduate students (translation: free labor), to “design a new way of generating the electrical signal. Rather than trying to directly measure the electrons that are freed when light hits the graphene, they amplified the signal by looking instead at how the light-induced electrical charges in the graphene affect a nearby current,” according to an in-house piece by one Kate McAlpine.

Zhong’s solution involves putting an insulating layer between two graphene sheets, and running an electric current through the bottom sheet. So, when light hits the top graphene layer, it frees up electrons, creating positively-charged holes. Quantum mechanics then take over, allowing the electrons to penetrate the insulating barrier and into the bottom graphene layer.

“The positively charged holes, left behind in the top layer, produced an electric field that affected the flow of electricity through the bottom layer. By measuring the change in current, the team could deduce the brightness of the light hitting the graphene. The new approach allowed the sensitivity of a room-temperature graphene device to compete with that of cooled mid-infrared detectors for the first time,” writes McAlpine.

“Our work pioneered a new way to detect light,” says Zhong. “We envision that people will be able to adopt this same mechanism in other material and device platforms.”

Defense Review recently sent Mr. Norris a question about the graphene-layer nanotech via email, and we received the following reply (edited for typos):

David-
What we have done is to demonstrate a new type of infrared detector based on a new material, graphene. It operates on a physical principle different from what has been done before. One of the things we have been excited about is that the graphene layers can go onto all kinds of substrates (they don’t just have to go on silicon, for example), and these substrates can be all different shapes (e.g. spherical, as in an artificial eye) and be transparent to other wavelengths. These ideas of applications for wearable night vision are, however, a fairly long way off, to be honest. It’s not like we have taken an existing technology and simply extended it, in which case one might be able to propose a very quick development of a real-world technology. We have a new class of detector which may enable entirely new types of devices in the future, but the need now is to develop the materials system further and understand the device physics before people can set about devising new systems. I fully expect that the first real application is going to be some form of infrared or broad-spectrum camera, but wearable devices are going to be some time down the road, and will require considerable development and investment.
Best Regards,
Ted”

Mr. Norris has yet to respond to a follow-up message we sent him with some additional questions about the tech. If/when he does, we’ll update this article accordingly.

Anyway, if you want the full skinny on the Zhong Group’s graphene-layer nanophotonic technology, you’ll have to read Zhong and Norris’ paper on it published in Nature Nanotechnology, titled Graphene photodetectors with ultra-broadband and high responsivity at room temperature. Catchy. Looks like a real page-turner from the abstract.