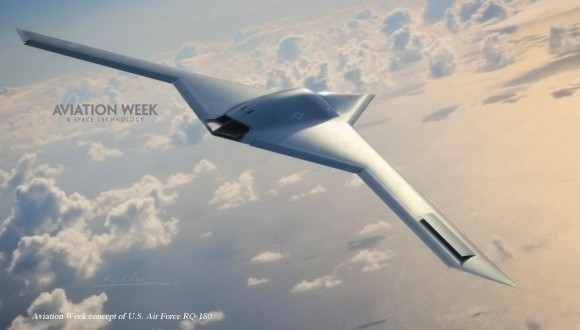 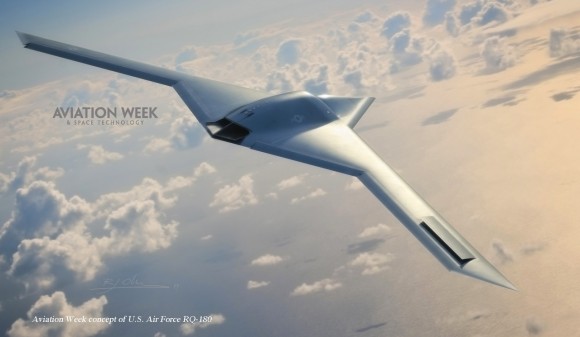 And, as long as we're discussing UAS/UAV/drone aircraft, we might as well mentioned the official coming out party of the Northrop Grumman RQ-180 low-observable flying-wing UAS/"stealth drone", courtesy of Aviation Week magazine. The newly-revealed stealth UAS looks like a larger, longer-duration Northrop Grumman X-47B UCAS-D (Unmanned Combat Air System Carrier-Demonstration) UAS. Designed for ISR missions, the RQ-180 has come out of the black and into the white…or the light, or whatever, to much fanfare, although to those who follow black programs, the RQ-180 isn't exactly the most exciting revelation for which they could have hoped.

Aviation and aerospace researchers and writers like Nick Cook, author of The Hunt for Zero Point and Bill Sweetman, author of Aurora: The Pentagon's Secret Hypersonic Spyplane (Mil-Tech Series), most likely just yawned at the news. How do we know? Because we yawned, and those guys most likely know more than we do about highly-advanced, cutting-edge classified/black aircraft programs.

Let's face it, the RQ-180 doesn't operate by electrogravitic, electrokinetic or even MHD (MagnetoHydroDynamic) propulsion. In fact, it's not even a hypersonic aircraft like Aurora or more recent hypersonic aircraft. And, just by virtue of the fact that it's declassified, logic would dictate that the RQ-180 can't even be the most advanced and capable stealth UAS out there.

The RQ-180 isn't even weaponized, apparently (unless it has internal weapons bays we don't know about), and where's the fun in that? No weapons means no lethality, and no lethality means no fun. No kill, no thrill.

So, what would excite DefenseReview (DR), short of an electrogravitic, electrokinetic or MHD aircraft capable of extra-atmospheric flight/operation? We'd settle for a low-observable UAS that can equal or surpass the F-22's flight capabilities and/or lethality (or a manned fighter aircraft that can significantly surpass it). Or, how about an Aurora-type hypersonic manned aircraft or UAS armed with missiles and bombs that can precision-attack any target, anywhere in the world within 10-30 minutes from either a domestic U.S. Air Force base or U.S. Navy Aircraft Carrier? We'd like that a lot.

Anyway, if you'd like to get the full skinny on the RQ-180, we suggest you read the Aviation Week piece on it. It's a good read.

Northrop Grumman RQ-180 Low-Observable Flying-Wing Stealth UAS/UAV/Drone Aircraft for ISR Missions: Out of the Black and into the Light! by David Crane