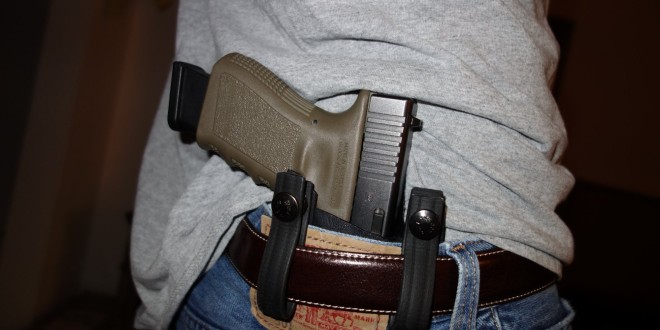 Our Hope for an Armed French Citizenry in the Wake of the Paris Attack(s): The Second Amendment and Natural Right to Armed Self-Defense Applies and Belongs à Vous Aussi

by David Crane
david (at) defensereview.com

DefenseReview (DR) watched with great sadness and anger our unarmed (really disarmed) French brothers and sisters get slaughtered like sheep or cattle by ISIS fighters/terrorists on Friday, and that sadness and anger has only grown over the last two days with all the follow-up news coverage. We hated seeing that happen to them. But, the truth is, the reason they were unable to defend themselves is because Parisians, the French people, and Europeans as a whole have allowed themselves to be forcibly disarmed by leftist-socialist European Union (EU) governments. All the unarmed civilians in Le Bataclan concert hall were essentially helpless, defenseless fish in a barrel, whose only hope was for the police, i.e., government agents, to come save them. The police of course eventually came, but much too late to save most of the victims, as is usually, if not always, the case.

Europeans have scoffed for years at the American idea of an armed, self-governing citizenry, and mocked and criticized us for our supposed “gun culture”, as if our idea of self-governance is the more primitive one, and theirs the more advanced and enlightened, when the truth is the exact opposite. The American concept of government by the people, by the citizenry itself, is actually the newer, more advanced concept, and a truly revolutionary one that’s served us extremely well. And, in order to be self-governing, you have to be armed. Period. This self-evident truth that Europeans view with contempt, we Americans confidently know. In fact, we’re quite certain about it.

Understand that our Second Amendment, which Europeans by and large either ridicule, rail against, or don’t understand (or all three), doesn’t grant the American people the right to arm ourselves. It simply enumerates that right. The right to arm oneself with the most technologically advanced military infantry-grade tactical firearms possible is a God-given NATURAL right that the Founding Fathers wanted to guarantee was enumerated and protected in the Bill of Rights. Put another way, our inalienable right to arm ourselves with military-grade tactical firearms comes from the Lord God, our Creator, not from the United States government, or from the Constitution itself. So, Parisians, the French people as a whole, and all European citizens also enjoy that right, whether or not they choose to fight to be able to actually exercise it. Their collective relinquishing of their natural right–and I would argue, their responsibility–to arm and protect themselves and their freedom/liberty, their abdication of their responsibility to protect themselves and each other through armed self-defense, and their outsourcing of said personal protection to the government/police, all proved distinctly detrimental on Friday night in Paris–and it will continue to prove so in the coming years, until Europeans (hopefully) eventually wake up to the reality they must now face.

We here at Defense Review love Paris. Paris holds a special place in our heart(s), and we want Parisians to be able to live safely, freely, and peacefully. However, in order to do that, they’re going to have to arm themselves with tactical firearms and practice concealed carry (CCW) with pistols on their persons, tactical rifles/carbines/SBR’s (Short Barreled Rifles) and shotguns in their car trunks, and some good professional tactical shooting instruction. If they do that, future terrorists beware. If they don’t, they should start preparing for more carnage now.

People of Paris, listen up; the government, national security services and local police (including law enforcement SWAT) can’t protect you. The reason for this is that a single, well-trained and skilled active shooter/terrorist can shoot and kill up to one hostage per second. So, YOU must protect YOURSELVES. You must be the first responders to future active-shooter/terrorist attacks. There can be no true liberté, egalité or fraternité without les armes a feu et la volonté de prendre des mesures, for you must be armed and have the will to fight for your freedom and equality, and for the lives of your French brothers and sisters when the enemy comes. Concealed carry of tactical firearms is crucial to your survival when the wolves come, and they most likely will come again. When that happens, be the sheep dog, not the sheep, and bite back HARD with everything you’ve got. Your survival depends on it.

May God bless France, the French people, and the people of Paris during this terrible time in its history, and give you the strength and will to fight for all your natural rights under God. Vive la France, et vive la liberté en France.

DefenseReview (DR) back from Paris (France), Where Terrorists Threaten, Socialists Strike and March, French Military and Police Forces Maintain Control, and the City just Keeps Humming Along. Fresh articles on the way!

Anti-Terrorism Shmanti-Terrorism: The Inherent Counterterrorism Reality in Dealing with the Active-Shooter(s) Scenario

Our Hope for an Armed French Citizenry in the Wake of the Paris Attack(s): The Second Amendment and Natural Right to Armed Self-Defense Applies and Belongs à Vous Aussi by David Crane