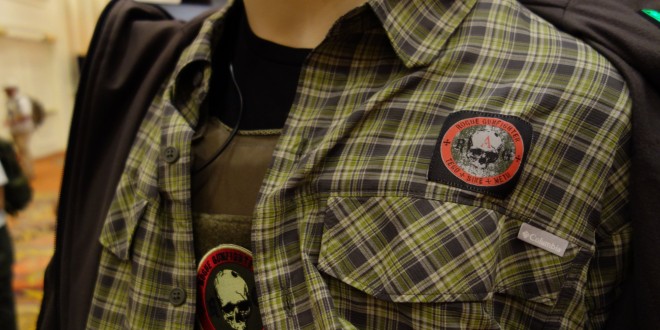 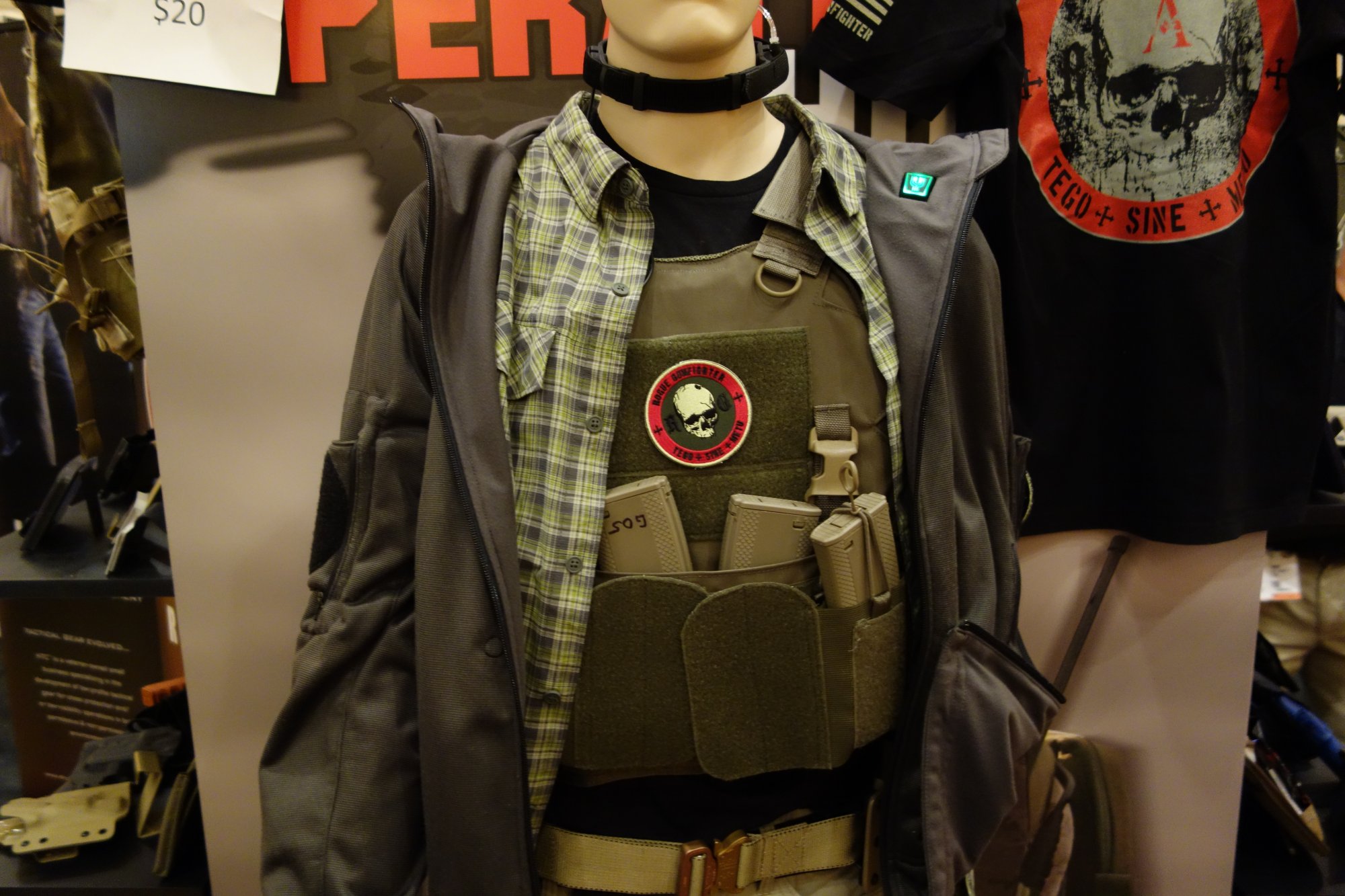 The shirt DefenseReview (DR) saw at the Rogue Gunfighter booth at SHOT Show 2013 sported a nice-looking light green (yellowish green), grey and white plaid pattern with double chest pockets. To the untrained eye, it looked pretty much like and REI plaid outdoor shirt (at least from a distance), which is appropriate, since it's a mission-modified Columbia Sportswear outdoor shirt. However, unlike normal plaid shirts, the RG Gunfighter Series Concealment Tactical Shirt's (and Heated Jacket's) seams are cut with heavy-duty YKK zippers that appear to run up about 12 inches (shirt) and 15-16 inches (jacket), respectively, on each side for accessing your pistol and mags. Zip up to open the seam, zip down to close it. There's a 10-pound earth magnet on the bottom of the each zipper panel to allow the shirt to seal itself, so you can't see the zippers or the seam opening when the seam is closed. It's nicely designed. 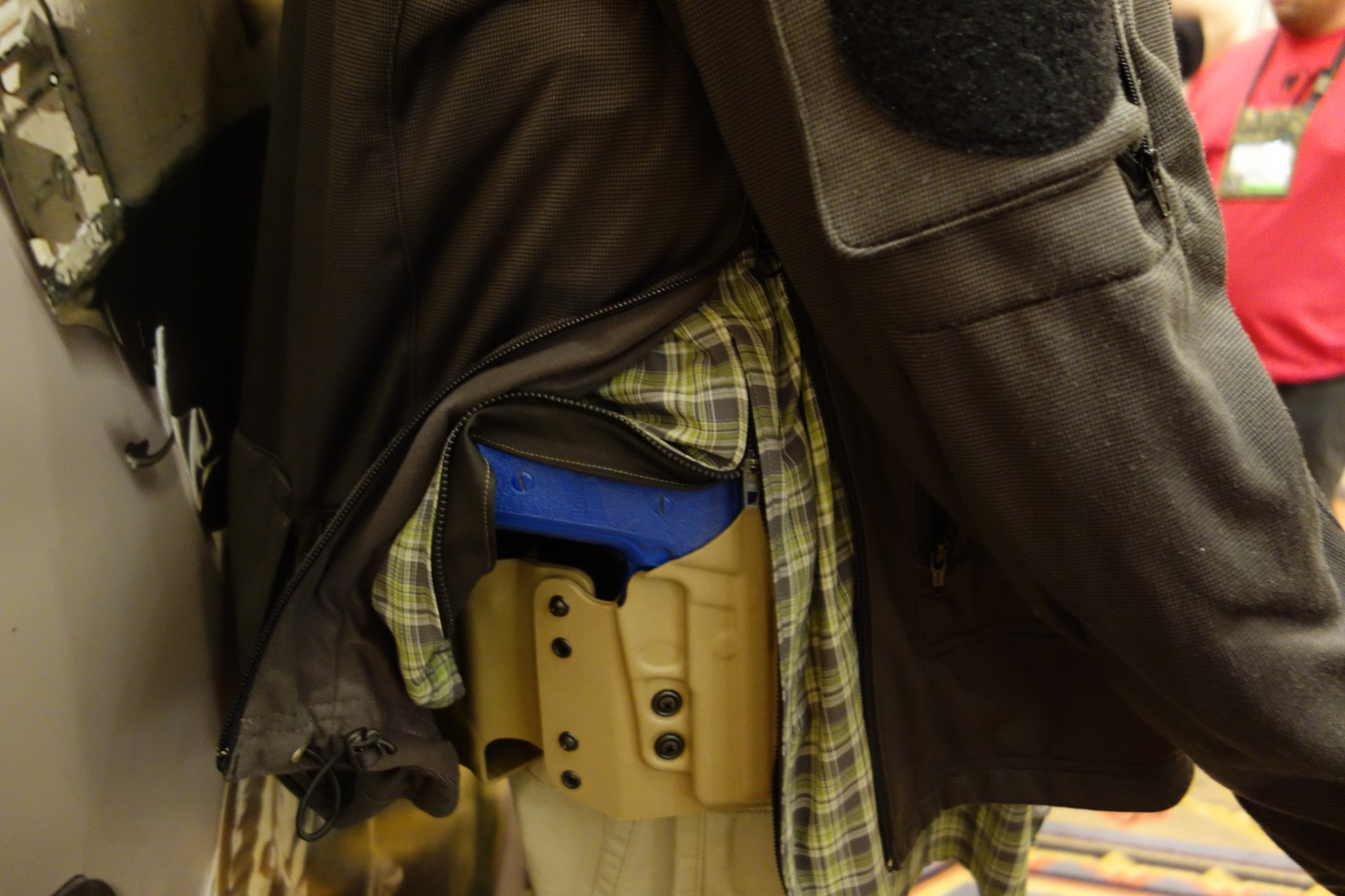 The nifty Rogue Gunfighter skull logo square patch sewn onto the shirt's left-side chest, while a cool little accoutrement, gives the wearer away a bit (o.k., a lot). Whatever, it's a cool patch, and may even work as a deterrent if/when, someone notices it, which they will, because it has a skull on it and contains the word "Gunfighter". That, of course, might bring you some unwanted attention from any LEO's you run into at your local donut shop, Starbucks or restaurant. Anyway, the logo reads "Rogue Gunfighter: Tego, Sine, Metu", which translates to "I Defend, Without Fear", by the way. Catchy.

DR was told at SHOT that the RG Gunfighter Series Tactical Concealment Shirt runs $50.00 USD, but the price may have changed since then. Defense Review would very much like to try one of these shirts out, sometime. It's a neat product, and looks pretty comfortable. 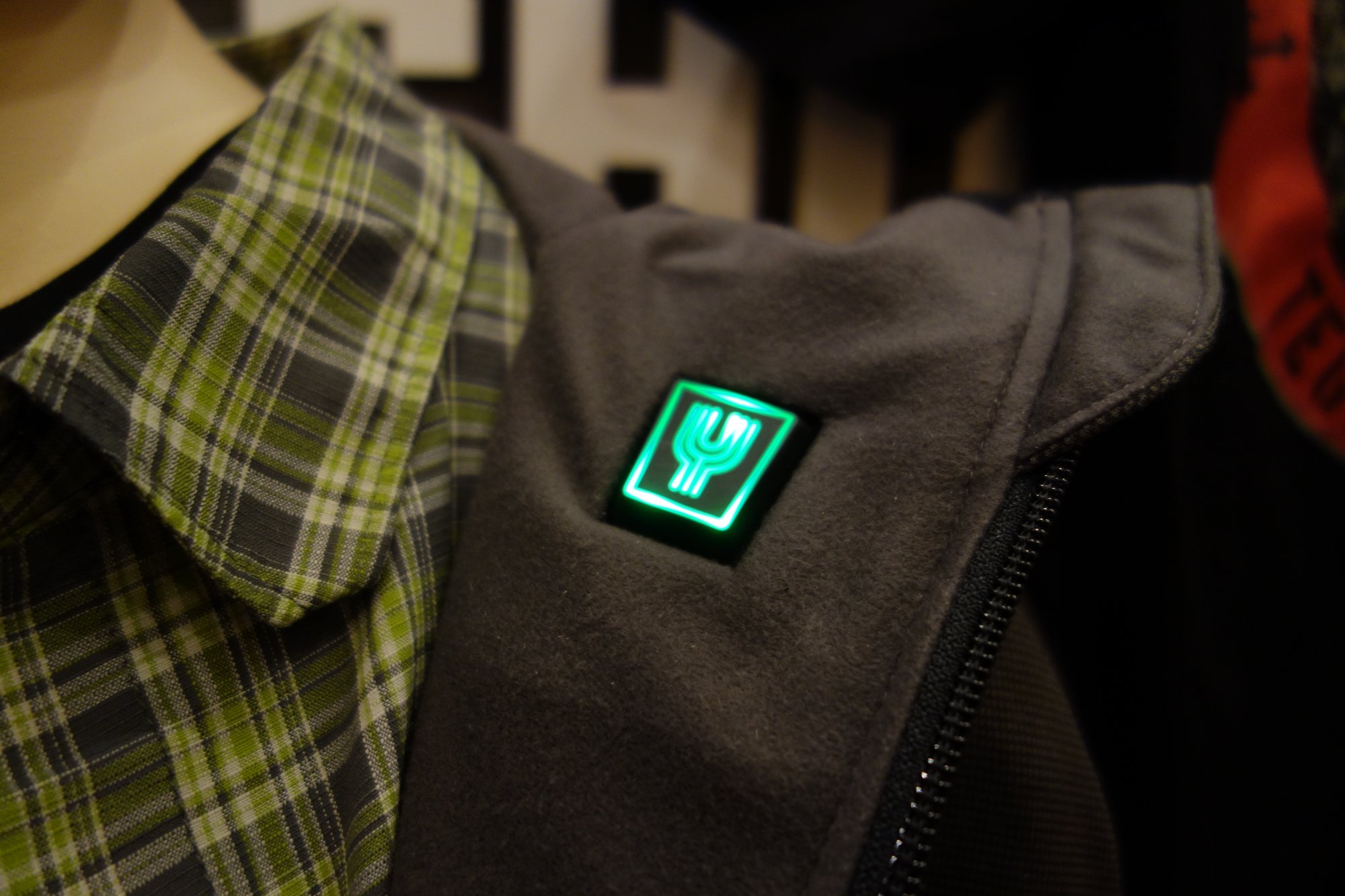 The RG Heated Tactical Concealment Jacket, a mission-modified Polartec jacket, isn't as lo-pro/lo-vis (low profile/low-visibility) as the shirt, at least to a trained eye, but it looks well designed, particularly its heating feature consisting of a heating coil running through the jacket that''s controlled by a square push button on the inside left collar that light's up from green to red, depending on the heat setting. The marking on the button looks like a "Y" made up of lines representing heating coils. Green is lowest/coolest, red is highest/hottest. DR didn't shoot video of the jacket's heating coil/button system being demonstrated for some reason (we were probably in a hurry and/or forgot), but we did shoot some nice photos of it, as you can see.

The RG Tactical Concealment Heated Jacket sports zippered pockets all over, including on the front, sleeves and rear side. The large rear pocket has black mesh internals, and the sleeve cuff area feature a thumbhole for added warmth and security. The jacket DR saw had the Rogue Gunfighter logo morale patch mounted on the left sleeve pocket via velcro.

Defense Review would very much like to run both items (at least the shirt) for CCW (Concealed Carry Weapons) in the near future for an actual hands-on review. They both look really comfortable and functional. 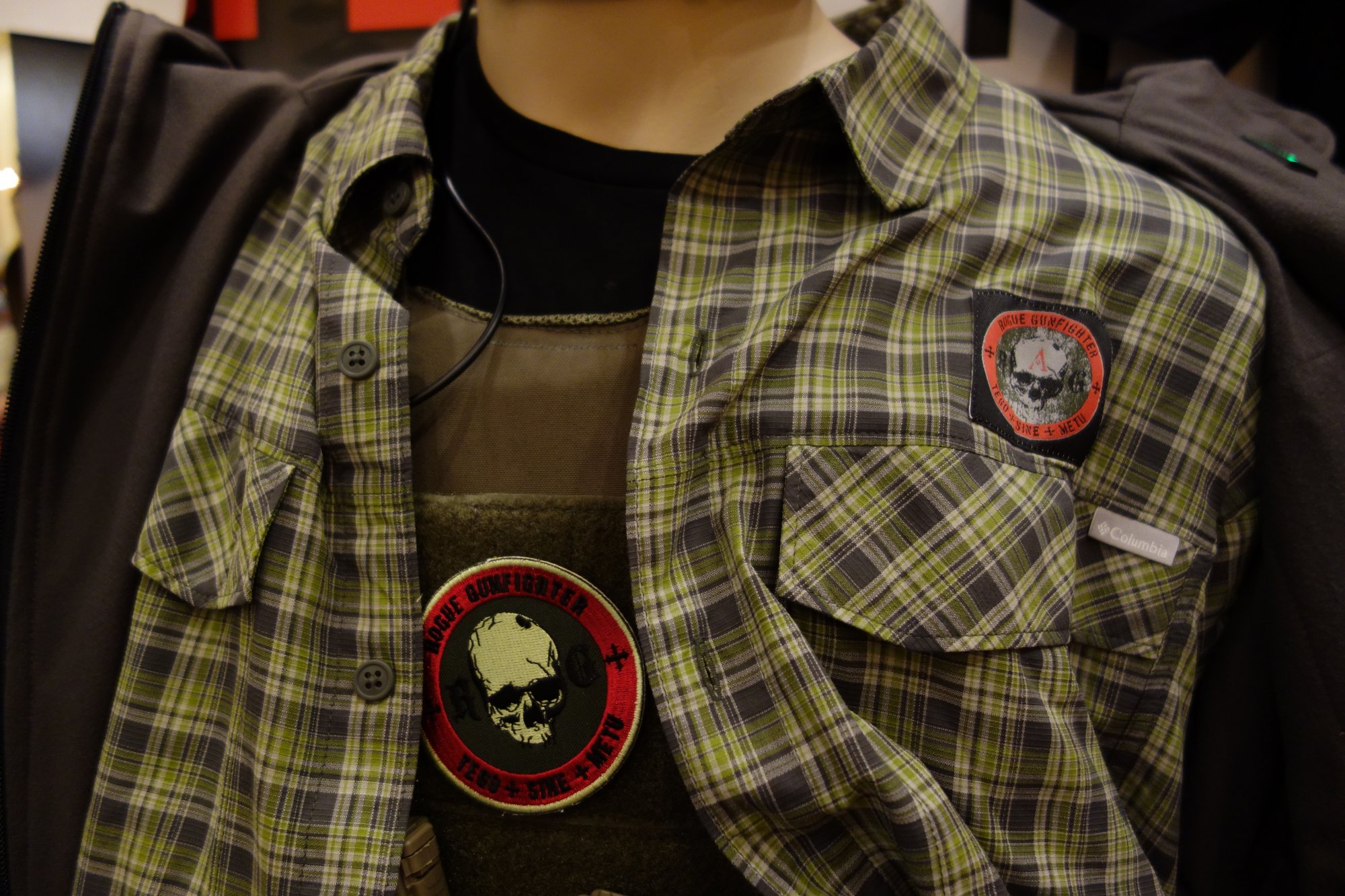 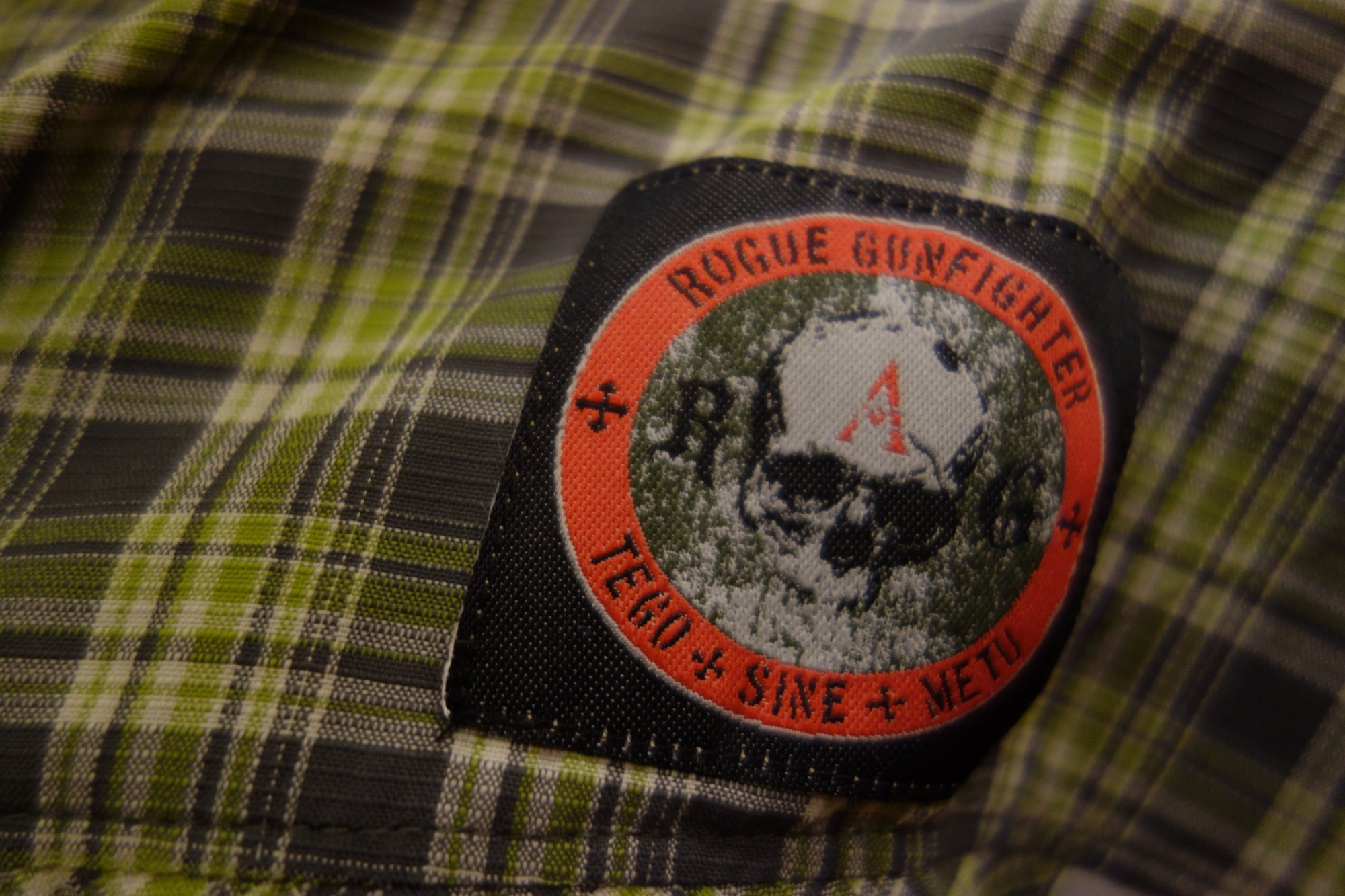 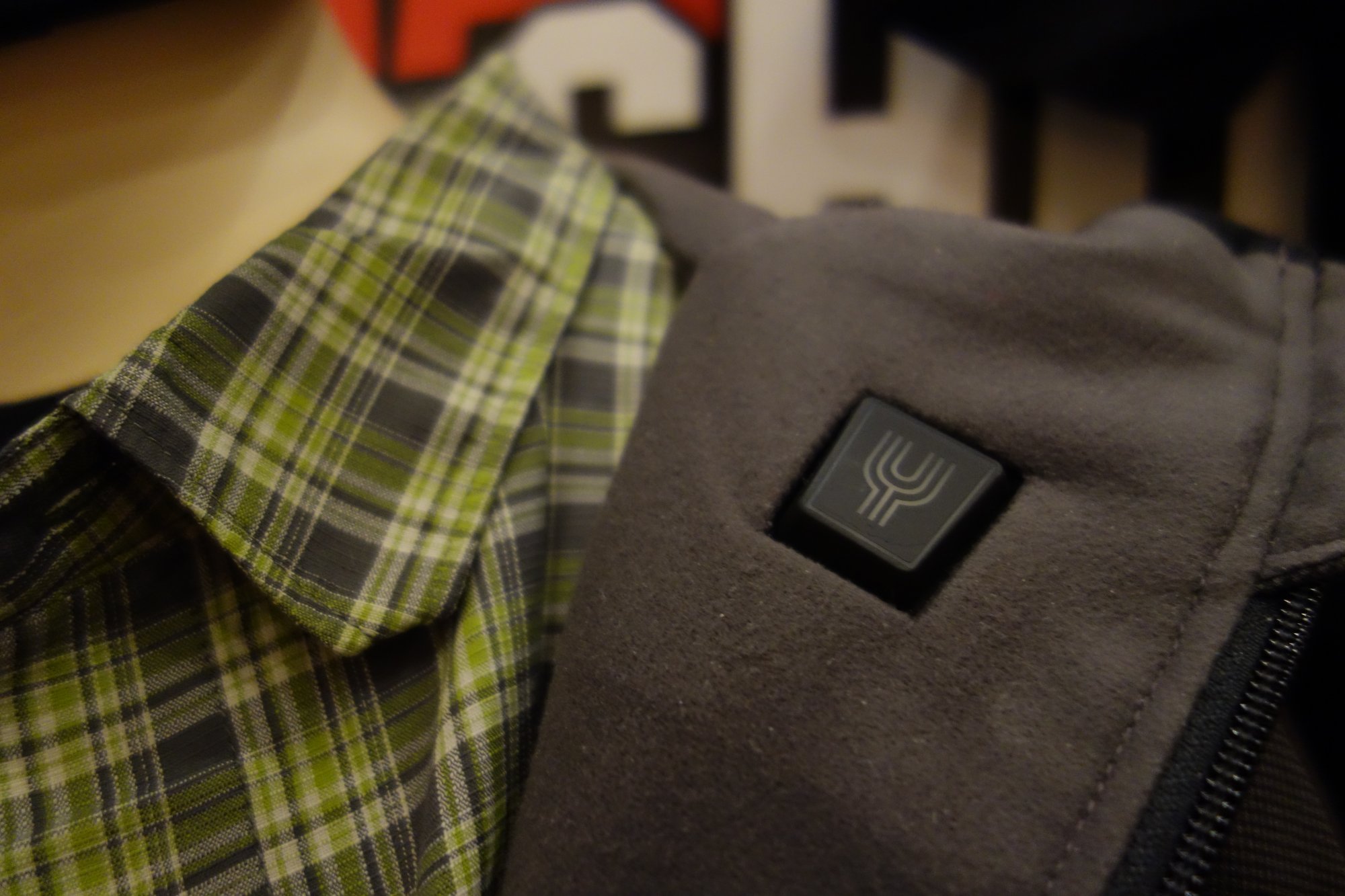 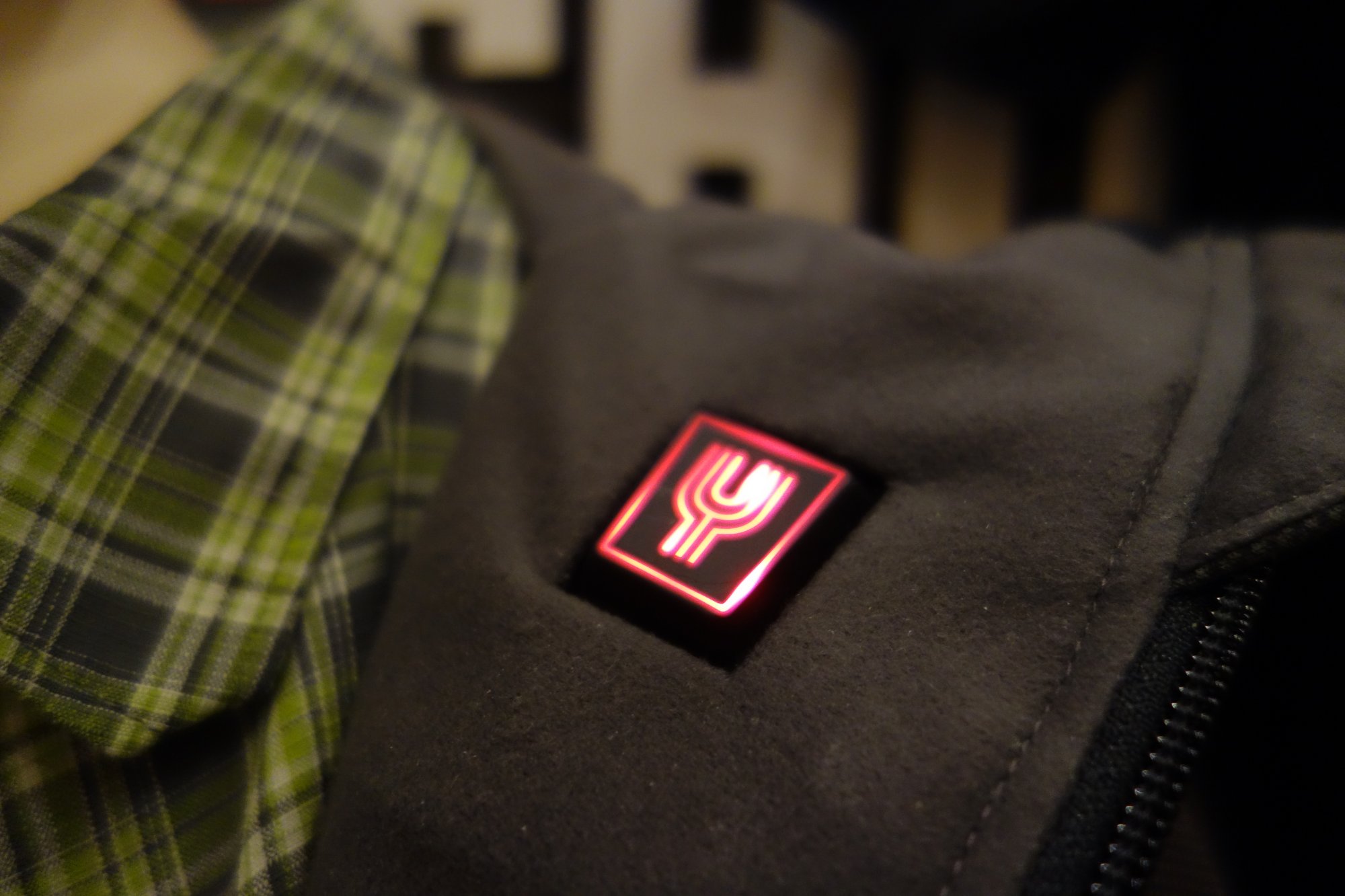 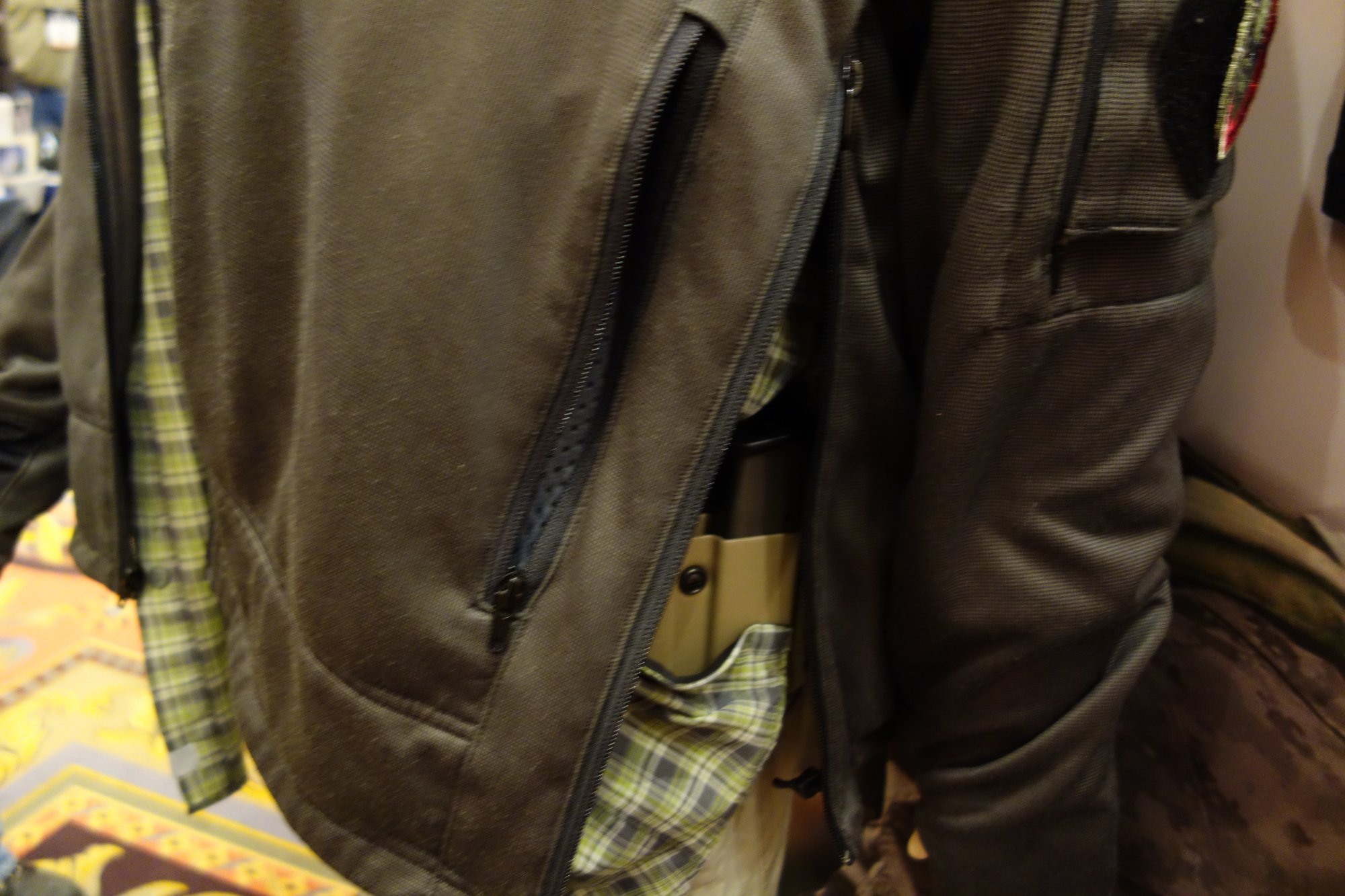 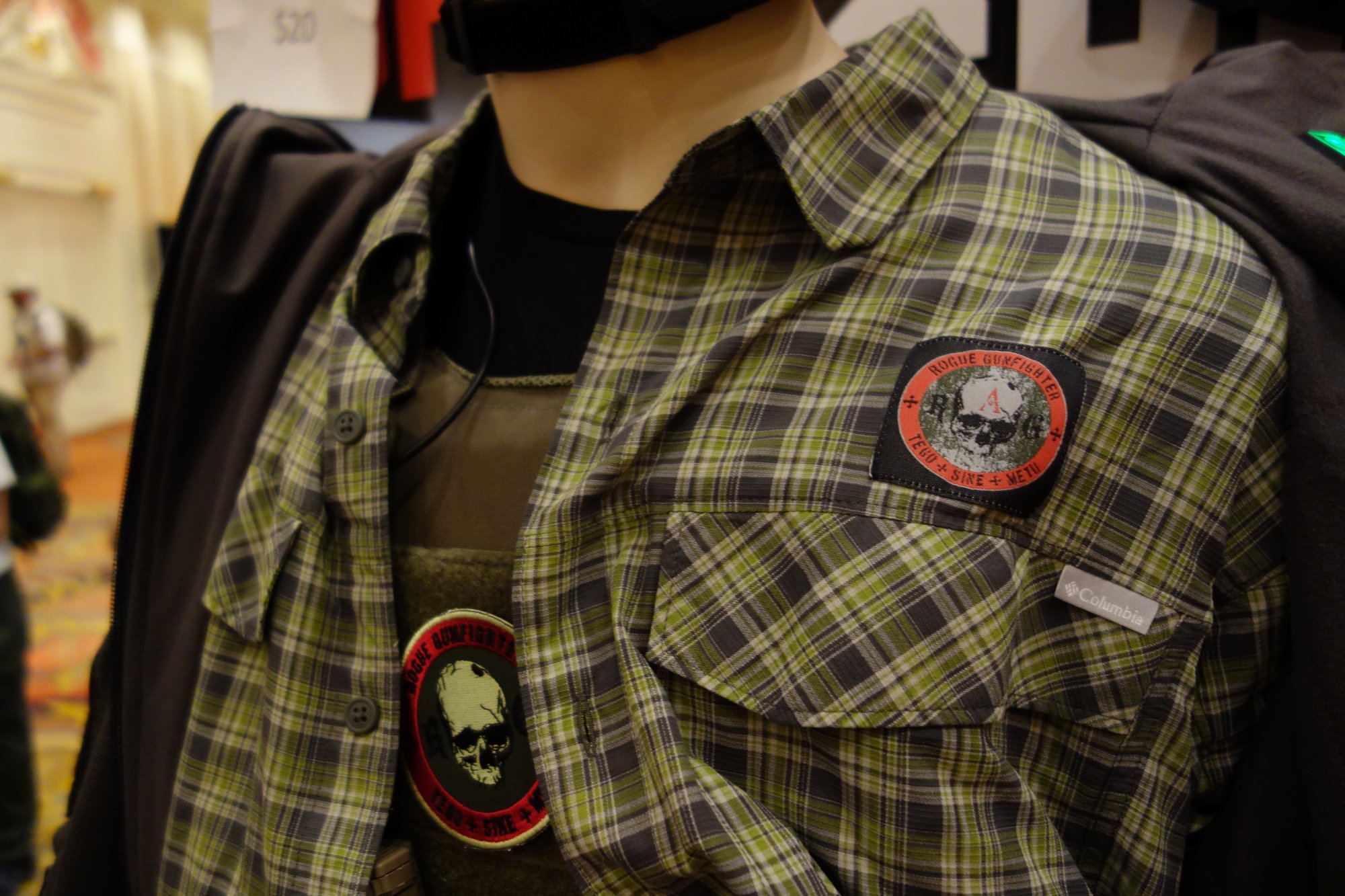 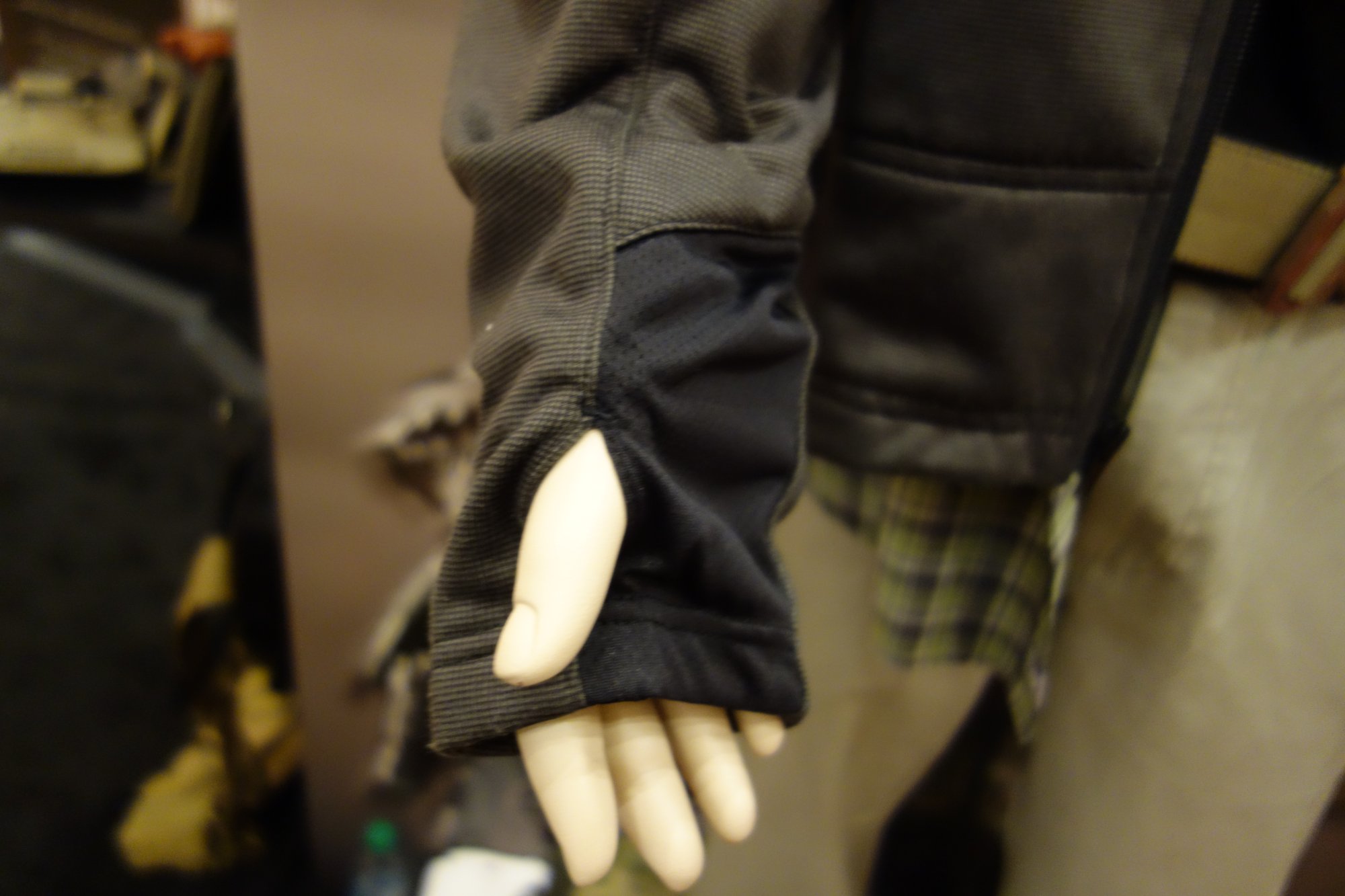 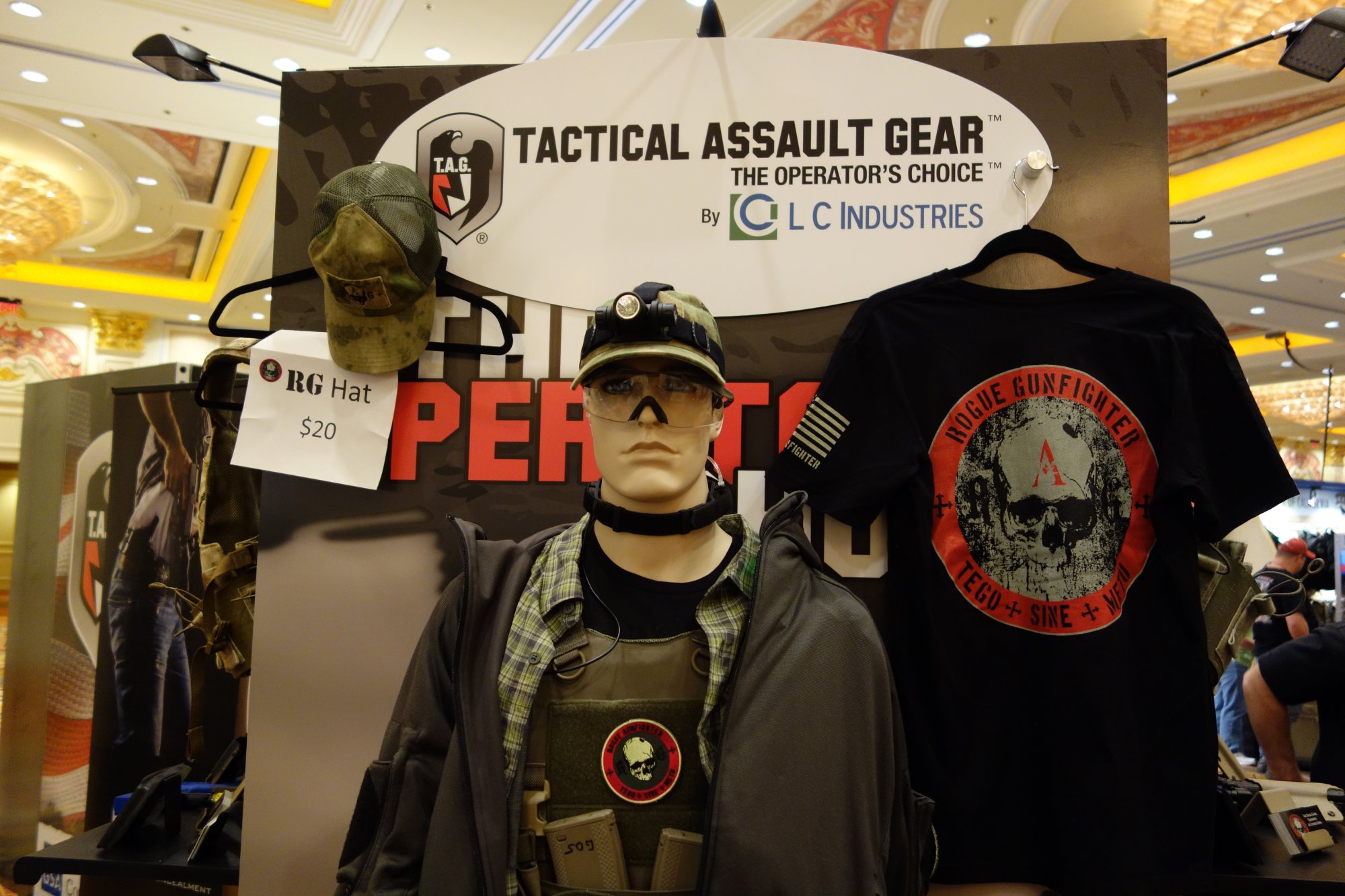 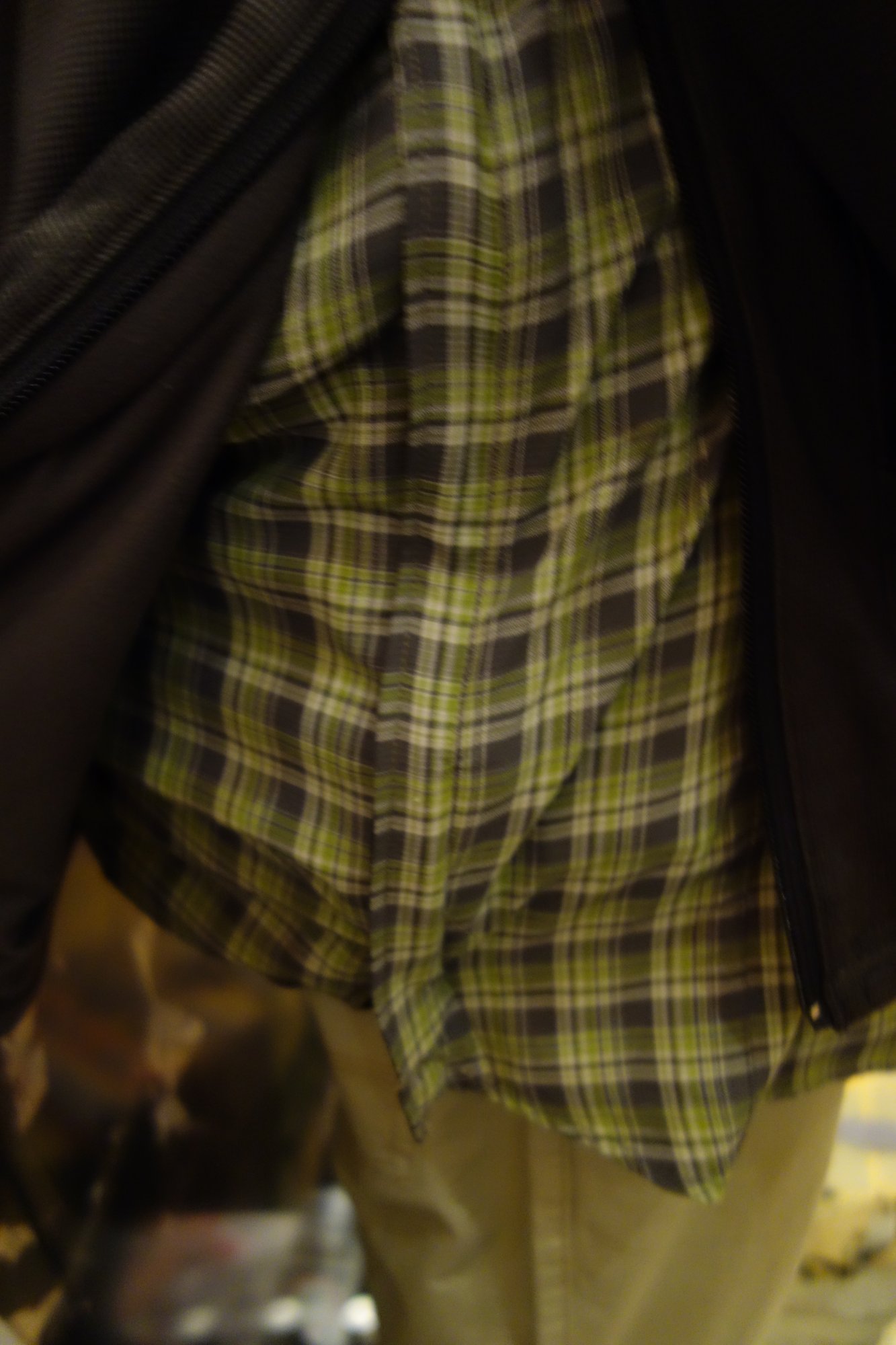 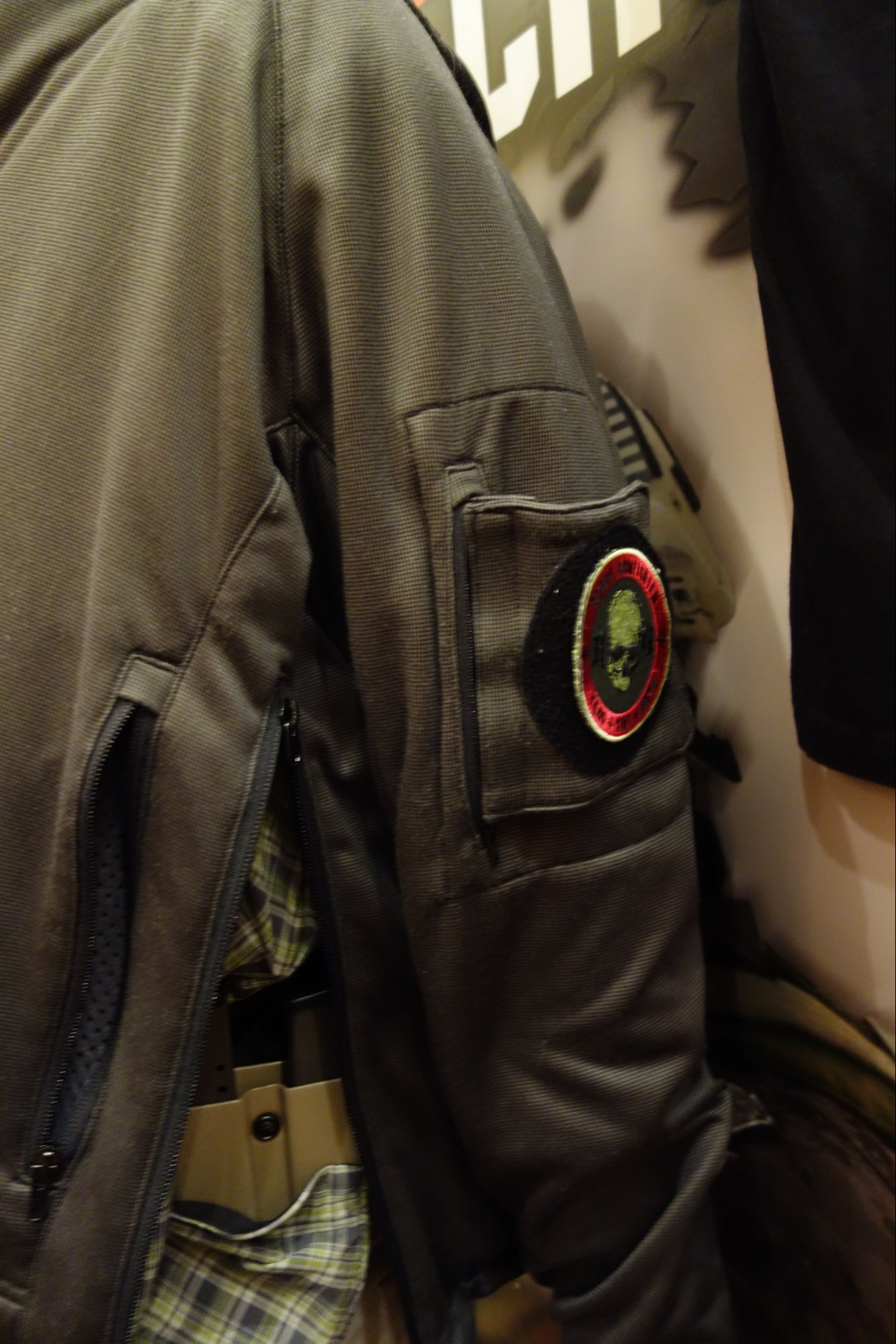 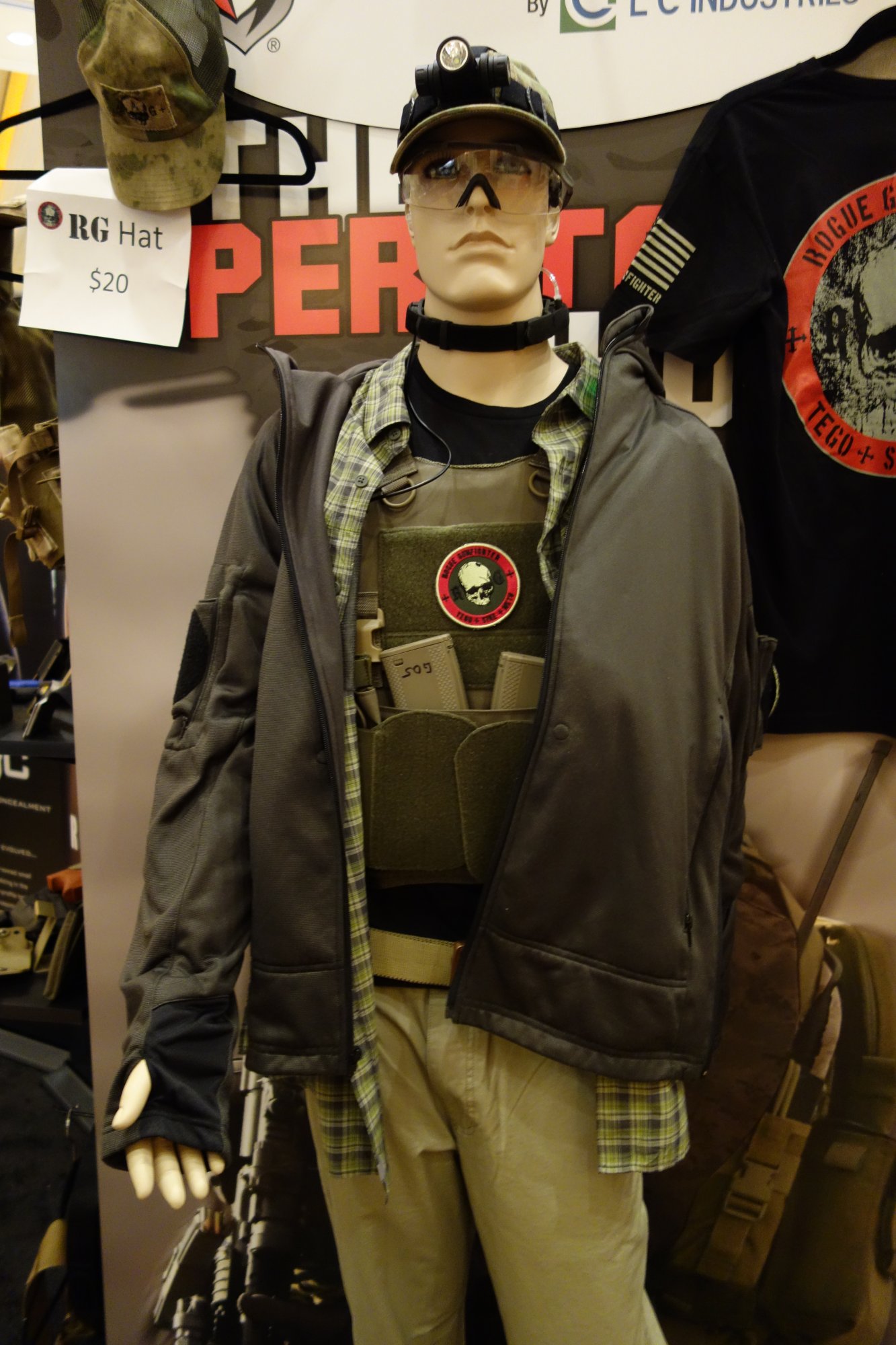