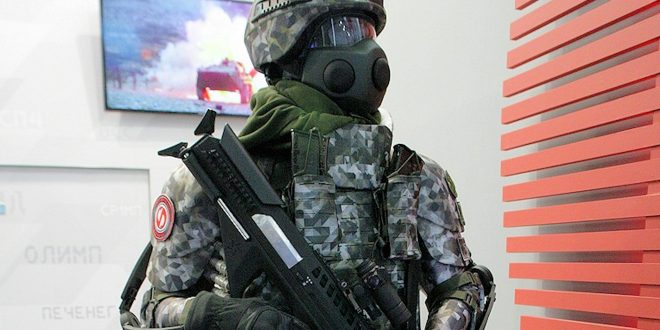 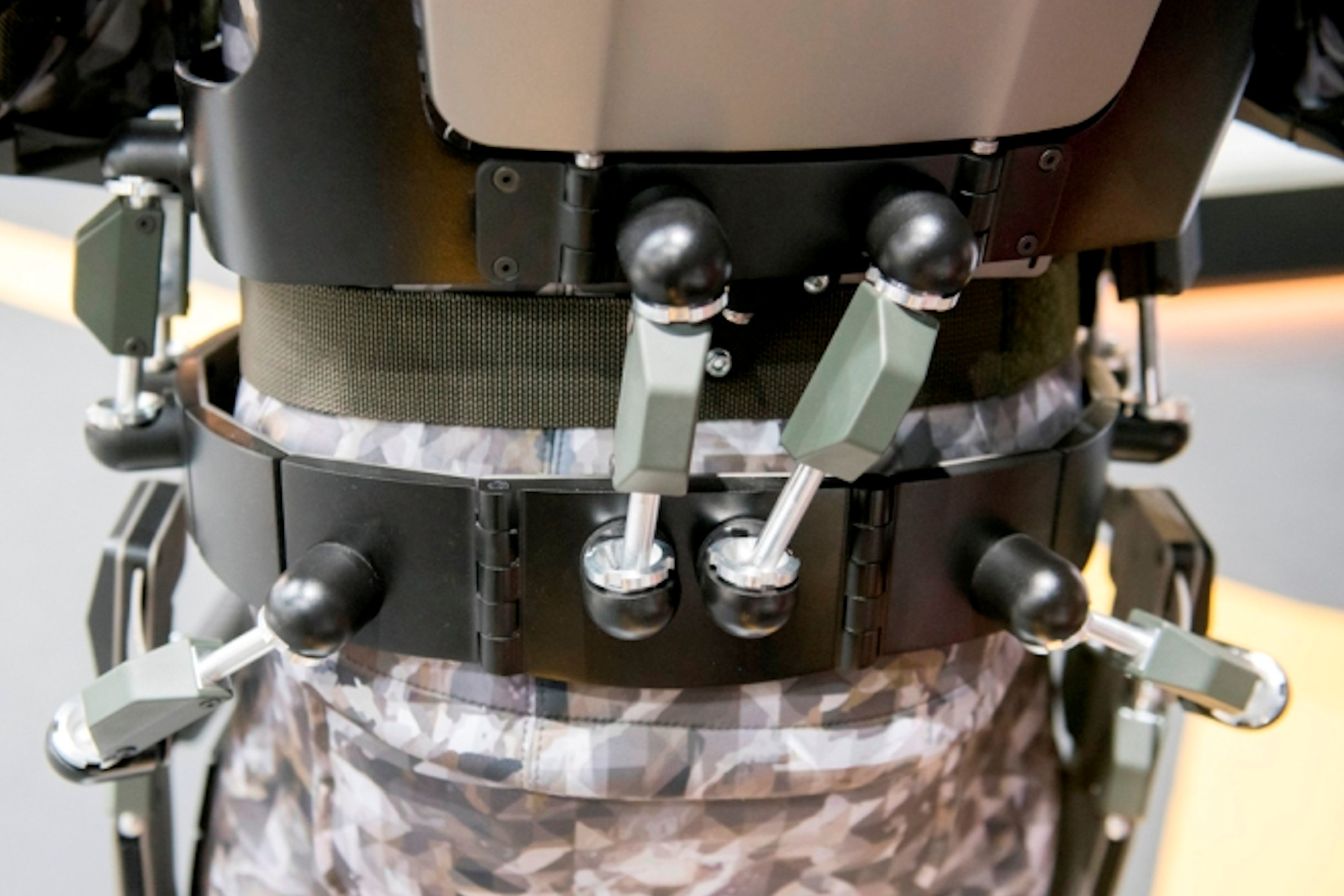 As if “stealth camouflage” adaptive camouflage/visual cloaking tech isn’t enough, Russian military defense contractor Rostec just demonstrated “operative passive exoskeletons” for Russian Ratnik-3-type future soldiers/warfighters. Oh, and they’re not done. Rostec is also reportedly developing an active exoskeleton, and they’ve already designed a prototype that’ll be shown at an exhibition, soon. So, it would appear that US military infantry warfighters are going to have their hands full, if World War III (WWIII) ever breaks out, and the Russians are on the opposition.

According to Army Technology, the Rostec passive exoskeleton tech was co-developed by the Central Research Institute for Precision Machine Building (TSNIITOCHMASH), which is part of Russia’s Rostec State, and GB Engineering. Made from lightweight carbon fiber, the passive exoskeleton hardware enhances the soldier’s physical capabilities (strength, speed, etc.), while also protecting his/her spine and joints–and it’s height-adjustable. It enables the soldier to carry up to 50kg (110.231 lbs) extra weight during “long marches and assaults”. 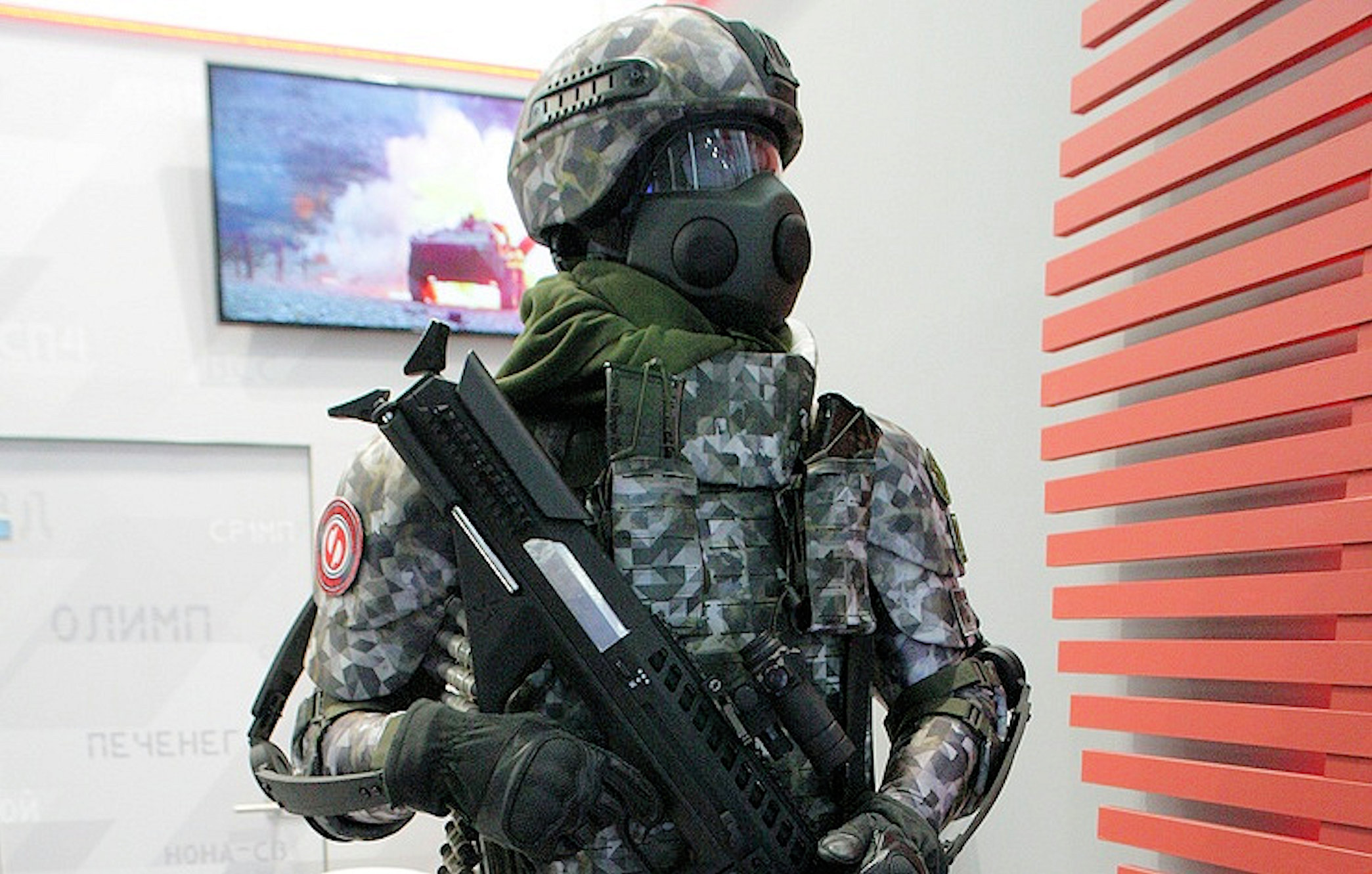 This is the part that intrigues DefenseReview (DR), though:

“The passive exoskeletons are completely autonomous and require no power sources, servomotors, electronics and sensors.”

We’re interested to see how that actually works, and how its capabilities differ from the active exoskeleton tech, which we assume is even more capable in terms of strengh, speed and load-bearing enhancement.

Defense Review will try to glean as much information as possible on Rostec’s active exoskeleton technology, and do a follow-up piece on it. If it weren’t already being used for yogurt, a good name for the technology would be “Activia”–has a nice Russian ring to it. 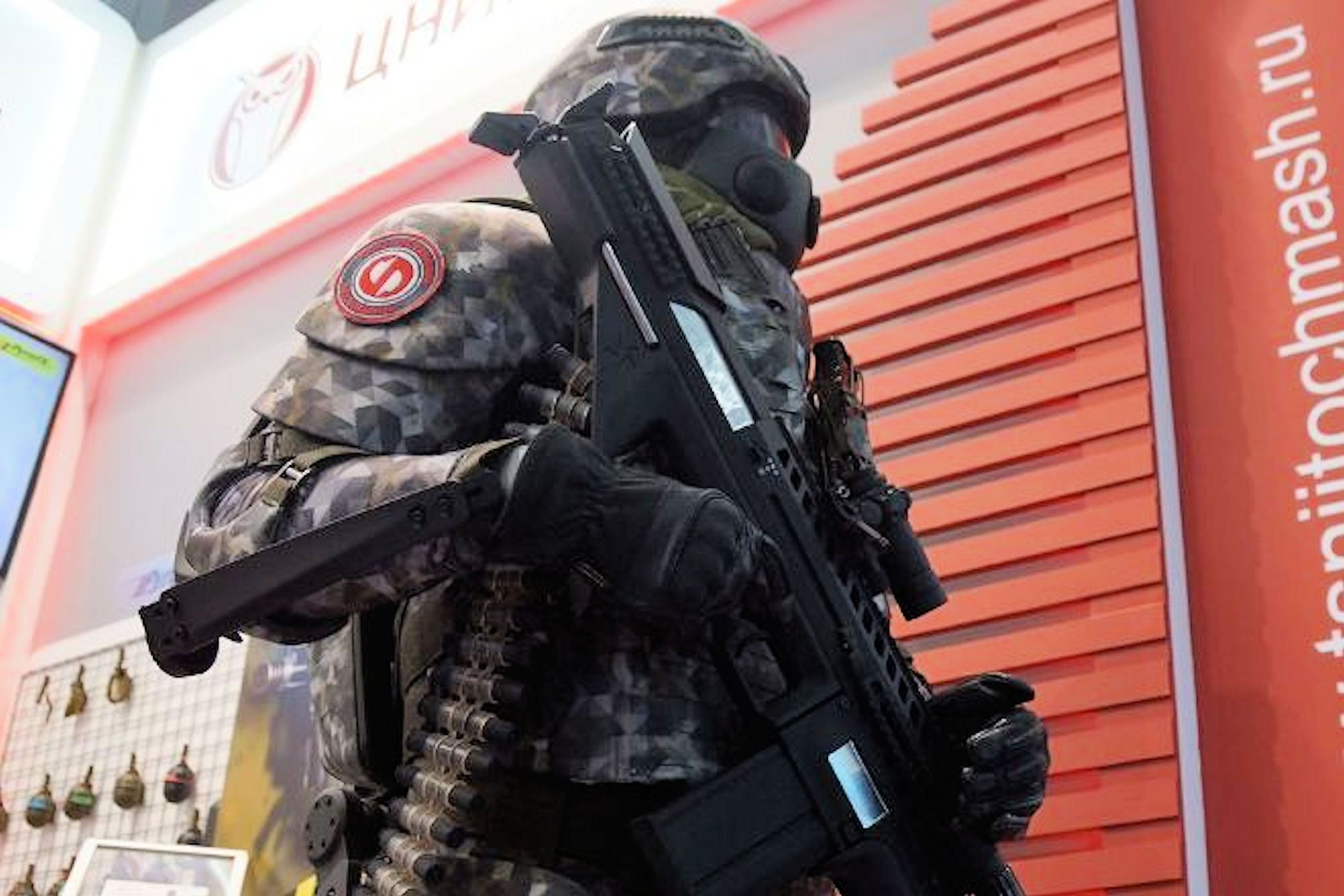 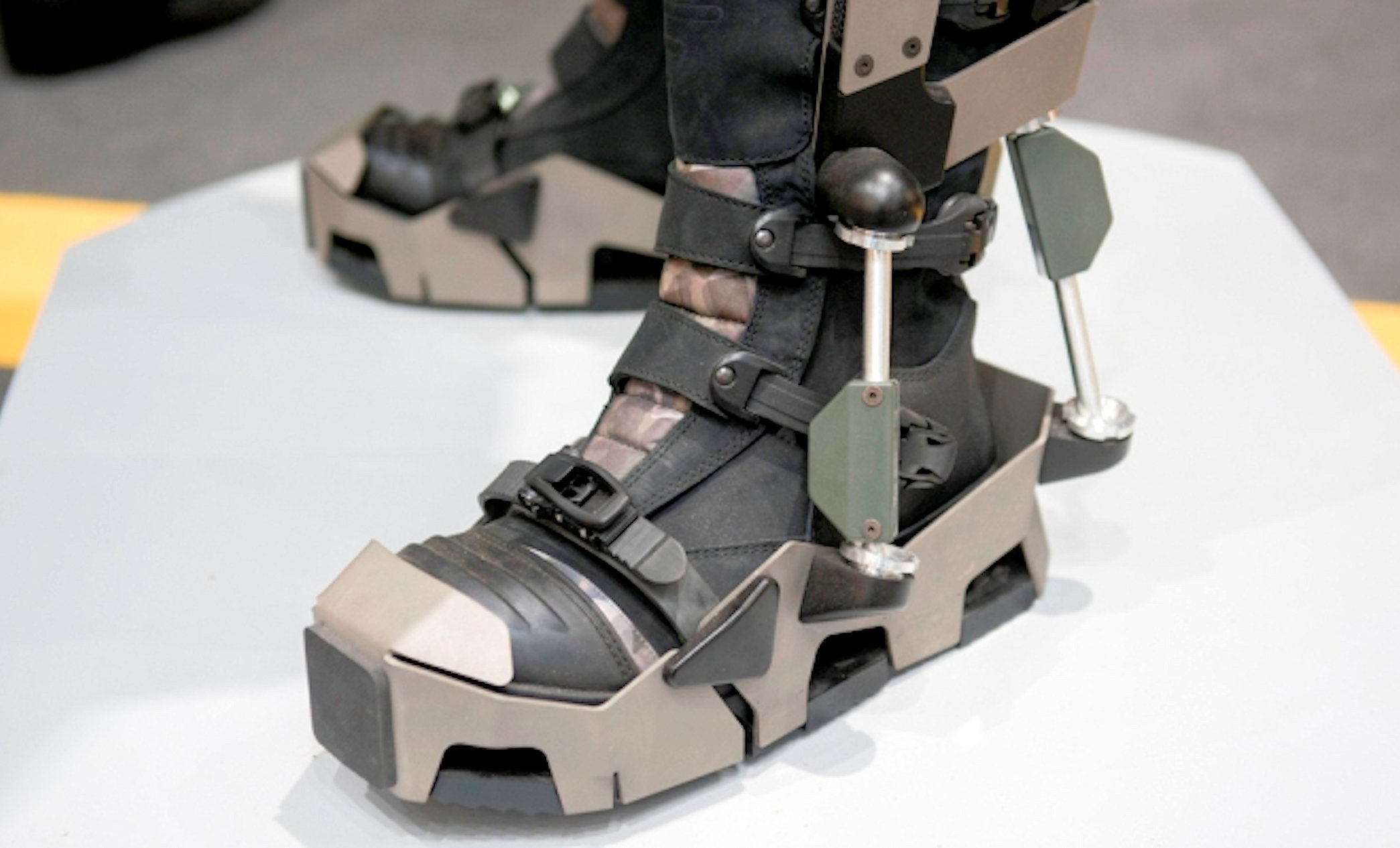 David Crane started publishing online in 2001. Since that time, governments, military organizations, Special Operators (i.e. professional trigger pullers), agencies, and civilian tactical shooters the world over have come to depend on Defense Review as the authoritative source of news and information on "the latest and greatest" in the field of military defense and tactical technology and hardware, including tactical firearms, ammunition, equipment, gear, and training.
Previous Rostec Russian Ratnik-3 Future Soldier Military ‘Stealth Camouflage’ with ‘Chameleon Helmet’ Adaptive Camo (Camouflage)/Visual Cloaking Technology to be Demonstrated for Soldier Suits and Vehicles Soon: Does it also Cloak Thermal/IR and SWIR Signatures?
Next Glock 19 (G19) Compact 9mm Combat/Tactical Pistol: How and Why US Army Special Forces (SF) Adopted It…a Little History