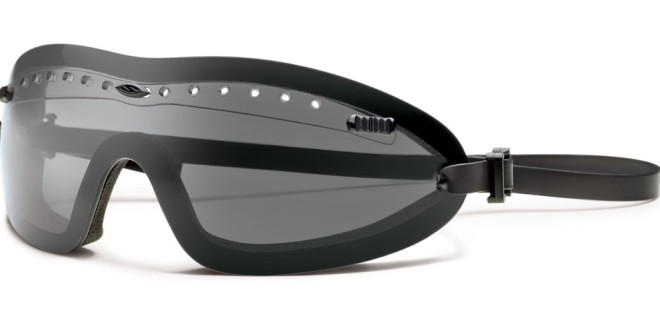 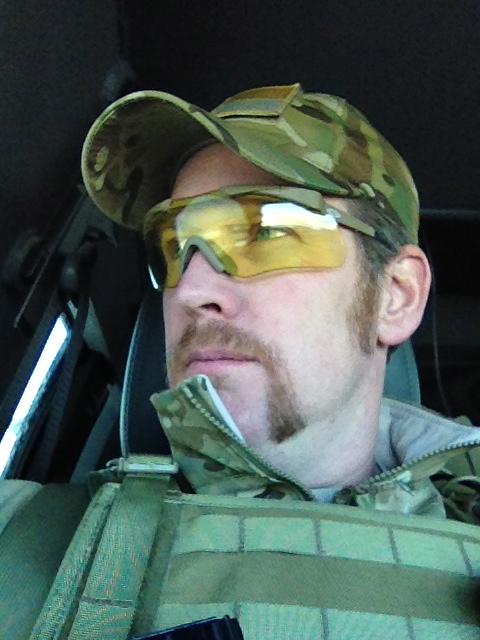 I’ve always said there are a few things that you should never skimp on. You should always spoil your eyes, your hands, and your feet. All three of these will maximize your performance and are irreplaceable. There are many excellent choices in all three of these realms. We all have our preferences, so with this write up, mine is focused on Smith Optics Elite Aegis Echo Eyeshield Protective Shooting Glasses/Ballistic Eyepro (Eye Protection).

The first thing you’ll notice with the Aegis Echo Eyeshield are the alloy temples. These are hands down the most comfortable combat glasses I’ve ever used, partly due to this one feature. As I inspected the glasses, I found that the locking pivoting “PivLock” temples lock the lens in or out from the frame, and the low profile alloy temples allow for custom fitting of the frames. There three colors available for the glasses; there is tan, black, and Multicam.

I received the tan glasses and was very impressed with the appearance of the glasses. The nose piece is very comfortable and stays put despite oily skin or sweat. I found the lenses to be extremely clear and distortion-free. I tested gray, clear, and yellow. The lenses are amazingly clear and have a smooth, glass-like visual appearance and feel. The glasses actually come serialized, which shows me that Smith is taking every precaution to produce the highest quality lenses available. My Aegis Echo eyepro came in a semi rigid case that not only held the glasses and extra lenses (Smoke and Yellow). This was a plus, as it allows me to transport the extra lenses if needed. The case also made room for the other components, as well.

I started with the clear lens to see the true clarity. I always feel that clear lenses are a hit-or-miss item. I have found over the years that if the clarity is good in the beginning, it will not be so for long. I like my vision as clear as possible at all times and I found even with having to wipe dust off of the lens constantly because of the environment, the clear lens was just that, always clear. Even when having to use my dirty glove to swipe it, the lens never scratched or became foggy in appearance. 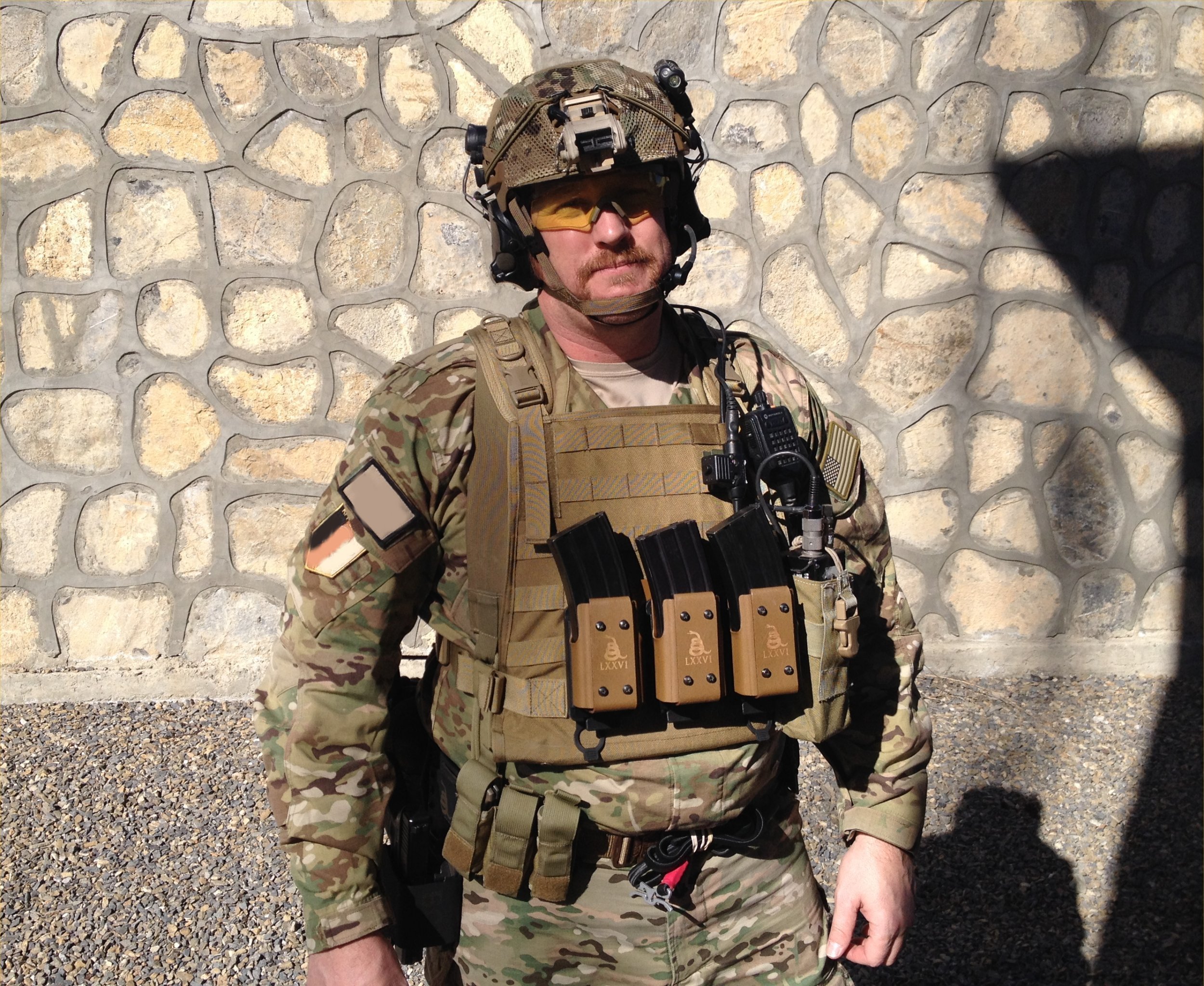 I have found that Oakley lenses are good for a short time, but they scratch easily. The Smith Optics lens was amazing, and this was true in all three colors. I found that the Smoke lens was also amazingly clear and allowed for good sun protection without being too dark. Yellow was also extremely clear and offered a little more light protection. Aesthetically speaking, the clear and yellow lenses looked great in the frame. However, I felt that the smoke lens did not look as handsome, since the outer brow frame only covers the left and right thirds of the brow, leaving the middle part of the brow open. I personally would have preferred to have the brow continue all the way across, but this is a moot point and of little importance. I am sure that if polled, half the people would prefer it the way it is. Ultimately, the Smith Optics Elite Aegis Echo is a very attractive quality optic.

So, while on patrol in Afghanistan, I found the Aegis Echo to be very comfortable and light on my face. I never experienced any issues with the optic fogging up and staying that way. Despite the fact that you can get to sweating pretty bad pretty quick, and your optic will start to fog a little, it seemed to immediately un-fog on its own. This was a real plus, and the optic never lost its clarity from sweat, either. Now, it’s hard for any pair of glasses to stay put when you begin to really sweat and your helmet shifts around. I found the Aegis Echo to be perfect on the move and to shift very little.

Now, one problem I found while wearing the Aegis Echo was the length of the temples. This was only apparent when I was wearing my Ops-Core FAST Ballistic Helmet. The Ocudial harness was interfering with the ends of the temples. This became very uncomfortable as the harness in the helmet is made of plastic and would shift the glasses. This would cause the temples to dig into my head behind my ear. Perhaps I should mention that this only happened if I tightened down the harness on the helmet. I found the helmet did not interfere if I did not tighten it down. This was the only real problem I found with the glasses, and by no means had anything to do with the glasses themselves.

The Aegis Echo did not interfere with my communications headsets. Whether I was wearing Peltors or my bone mic headset from TCI (TCI TABC-II Tactical Assault Dual-Comm Bone-Conduction Tactical Headset, or TABC-2 DC), it was flawless in form and function. This was very pleasing to discover, as it’s always been a problem in the past. As far as improvements, there are not really any. I would however like to see a Transitions and an Amber lens offered. For me the Smith Optics Aegis Echo is the standard that all combat glasses should be measured by. The eyewear is flawless and functional and the price for the Aegis Echo is way under what you would expect from such a combat glass plus it proved to be quite the bargain.

The other ballistic optic I’ve been running down range is the Boogie Regulator Goggle. This was a true no-nonsense piece of equipment. The Boogie Goggle relies on two main things: simplicity and amazing clarity. The Boogie Regulator Goggle makes its mark by remaining easy-to-use and flexible with whatever headwear you’re running. The goggles come set up to use either just the bungee strap provided or adjustable bungees and Velcro tabs (with just a simple upgrade). The ventilation on the Boogie is amazing, I was surprised at how well they kept fogging down to a minimum. Fogging is always low when in a vehicle and exposed to open air and wind, but on foot there are problems. The boogie did not have any fogging issues.

I was also surprised at how clear the lens is. I only used the clear lens, but from what I can see, both the grey and amber lenses would be great as well. I would wager that the amber lens would be the best all-around, given its ability to shade your eyes form direct sunlight while allowing a basic transition into shaded or darker areas. The Boogie was easy to convert from the stock rubberized band to the optional bungee straps that can be used both with or without the Velcro tabs. The optional bungee set also comes with polymer tabs that are designed to lock into the arc rails of the OpsCore FAST Ballistic Helmet. I found this set-up better that having to rely on the Velcro, but the user will have to decide for themselves which will work best for them. Both set-ups are going to work great in a wide array of combat applications. The Boogie’s profile was small and close to the face, this made it comfortable to use with a variety of helmets and Night Vision Goggles. I used the PVS-14, PVS-15, and the Adams Industries Sentinel Night Vision Goggles. These are clearly the best night vision devices on the market and worked flawlessly with the Smith Optics Elite Boogie Regulator Goggles.

In closing, Smith Optics has really hit a home run with the Aegis Echo and Boogie ballistic eye pro, and set the standard for every other combat optic to follow. I would recommend these to any teammate and other combat/tactical professionals. Do yourself a favor and invest in something that will not only give you a true edge but could save your eyesight. I would look at Smith Optics Elite protective eyewear before you look anywhere else, as Smith has taken the quality and performance to new levels.

© Copyright 2014 DefenseReview.com (DR) and Toby Melville. All rights reserved. This material may not be published, broadcast, rewritten or redistributed without receiving permission and providing proper credit and appropriate links.