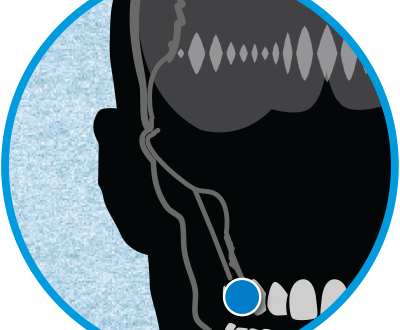 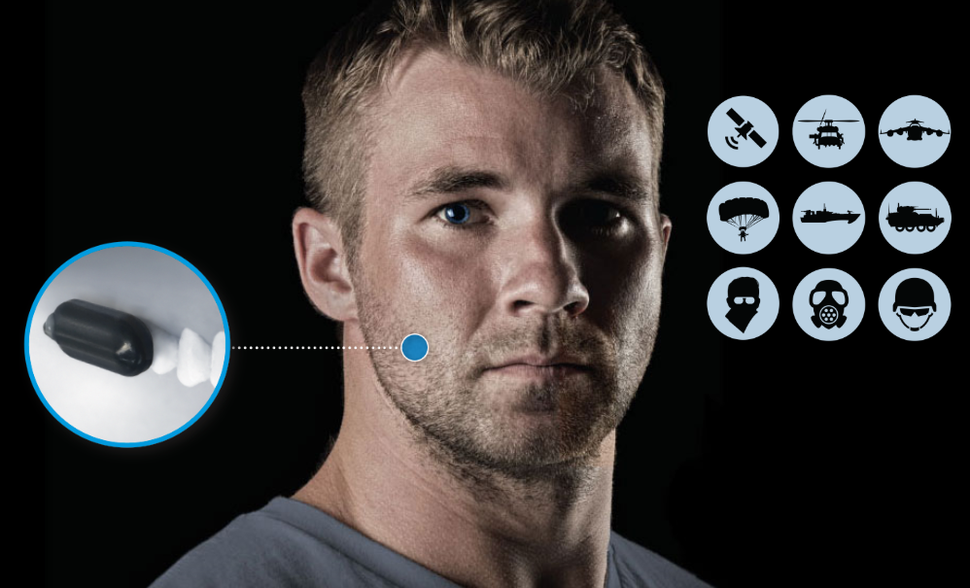 DefenseReview (DR) has covered the latest and greatest in combat/tactical comms (communications) for years. Our current favorite overt systems are made by Atlantic Signal, and the Atlantic Signal Dominator waterproof bone-conduction tactical headset/active hearing pro (protection) is our specific favorite. DR really digs that system. However, for covert combat comms, the new Sonitus Technologies Molar Mic bone-conduction tactical comms system is very intriguing. We just hope it actually works under adverse combat conditions. If it doesn’t, it’s just a cool concept. 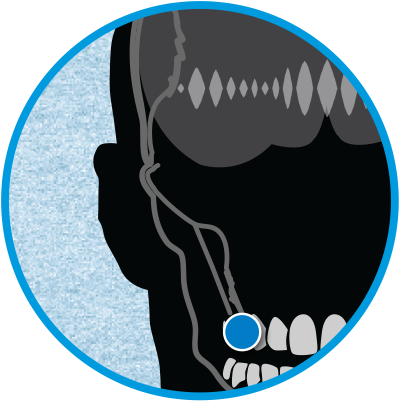 The Sonitus Technologies Molar Mic employs bone conduction to transmit sound to the operator’s inner ear (or, cochlea) through the teeth and/or the bones of the skull via a waterproof “molar mic”. The mouth mic attaches directly to the operator’s molar, appropriately enough, and is custom-fitted to that person. And, here’s the coolest part: the sound seems like it’s coming from inside the operator’s head, and will simultaniously allow him/her to hear ambient sounds coming from the outside, through the outer ear, giving the operator what Sonitus calls “supersense”. Strange, but effective, again, assuming it actually works as advertised. If it does, it’s ideally suited to lo-vis/no-vis (low-visibility/no-visibility) covert Tier-1 military SOF (Special Operations Forces) and intelligence and law enforcement agency missions.

The Molar Mic connects wirelessly to a “Tactical Neckloop” via a “Near-Field Magnetic Induction (NFMI) link”. DR will attempt to find out more about this aspect of the system. In fact, we already have two phone calls and voice messages into Sonitus Technologies, one of which was made directly to the engineering division. We’re still waiting to hear back from them, but we’ll update this piece accordingly when we do.

Based on the company literature, communications in and out are supposed to be very clear, even when whispering, based on both the bone-conduction and mouth-shielding aspects of the technology. This reads as logical.

Defense Review will try to glean as much background and technical information as possible on the Molar Mic bone-conduction comms tech in the coming days and weeks. In the meantime, the following info comes directly from the company’s website: 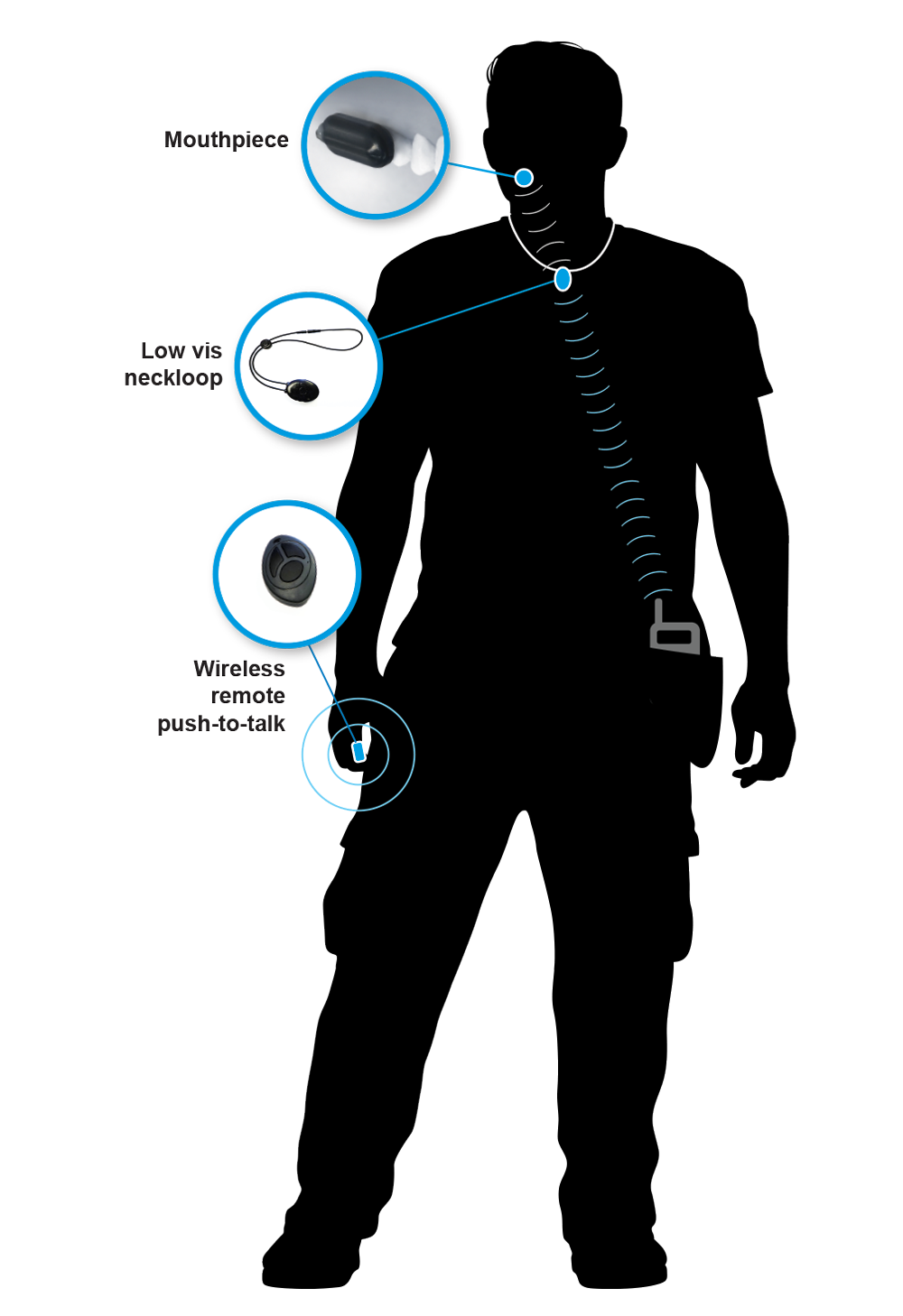 Sonitus’ patent protected system is built around a technology that creates a new audio path “supersense” for wireless communication, eliminating the need for ear pieces, microphones and wires on the head. A secure, comfortable mouthpiece that clips on your tooth becomes the single point of contact for incoming and outgoing wireless audio communication and augmented awareness. The mouthpiece uses the body itself to exclude outside influences.

Audio interface is positioned beyond the noise

The Mouthpiece is a device custom-fit for each user. A Near-Field Magnetic Induction (NFMI) link is established between the Mouthpiece and the Tactical Neckloop to facilitate wire free connection with the rest of the system. The Mouthpiece contains a bone conduction speaker, an embedded waterproof microphone, and a wirelessly rechargeable battery. The Mouthpiece clips on using a “snap fit” that tightly, but comfortably, attaches to the upper back molars.

The Mouthpiece utilizes bone conduction to allow the operator to hear incoming communications. Bone conduction is the transmission of sound to the inner-ear (called the cochlea) through the bones of the skull or teeth. The Mouthpiece translates sound into vibration on the teeth, which is translated back into sound by the inner-ear. Sound will appear to come from “inside the head” instead of from the outer-ear as one would be used to. Bone conduction hearing enables the operator to simultaneously hear through the outer-ear as they normally would.

The Mouthpiece comes equipped with an embedded, waterproof microphone that allows the operator to transmit outgoing communications by speaking normally. When transmitting communications, whisper levels up to loud speaking are well-captured. Loud speaking is not required even in noisy environments, as the in-mouth microphone is extremely well-shielded by the mouth from all external noise sources, so only the user’s voice is transmitted over the radio.” 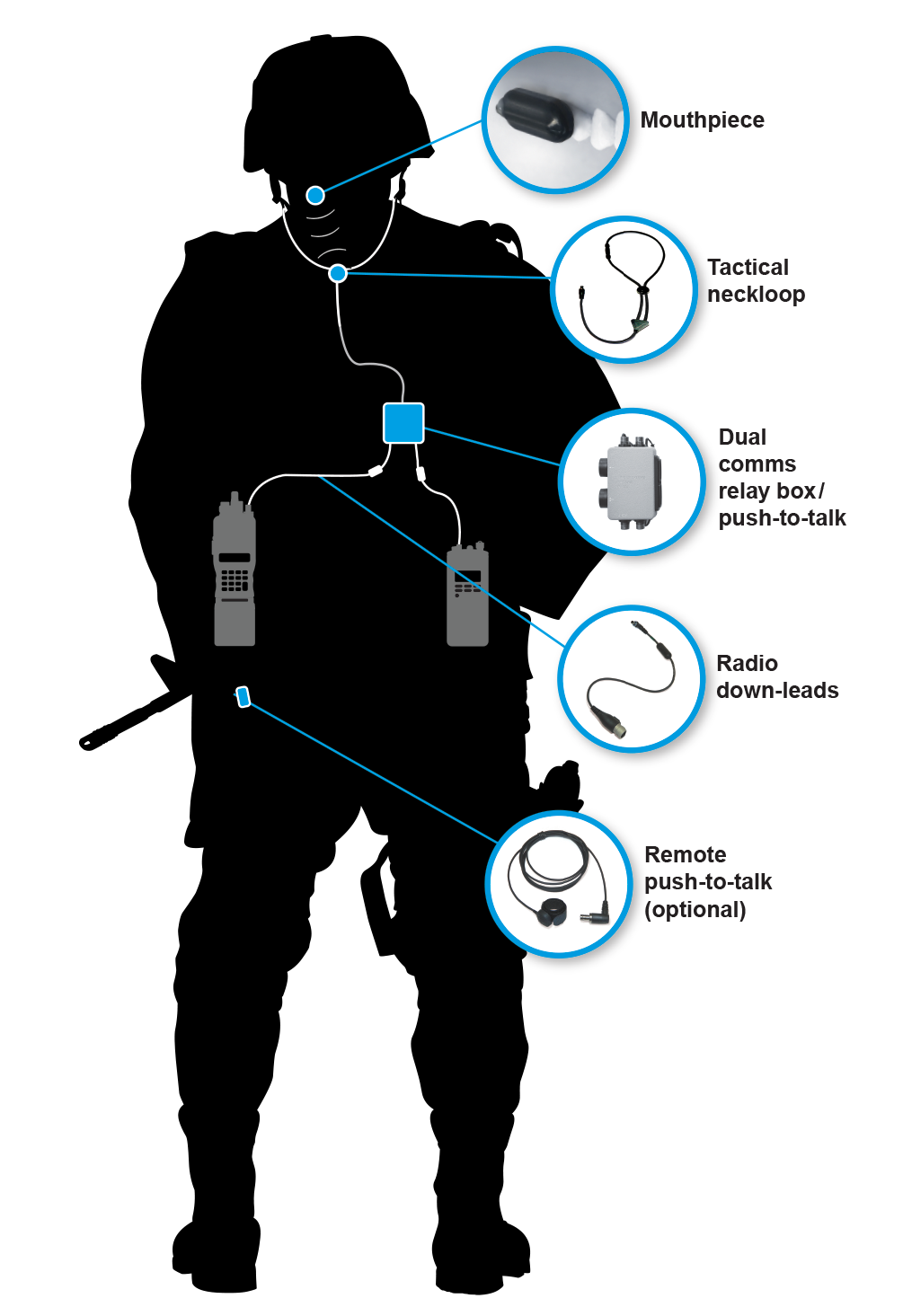 David Crane started publishing online in 2001. Since that time, governments, military organizations, Special Operators (i.e. professional trigger pullers), agencies, and civilian tactical shooters the world over have come to depend on Defense Review as the authoritative source of news and information on "the latest and greatest" in the field of military defense and tactical technology and hardware, including tactical firearms, ammunition, equipment, gear, and training.
Previous Caracal CAR 816 Short-Stroke Gas-Piston/Op-Rod Tactical AR-15 Carbine for Tactical Operations and Home Defense!
Next Midwest Industries G3 17” 5.56mm AR Rifle/Carbine Gets Tricked-Out with DEFIANCE, Inforce, RailScales and Vortex Optics Tactical Accessories!