Now, this is interesting. “The Korea Times” is reporting that some of the 350 South Korean troops deploying to Afghanistan (to protect 120 South Korean civilian reconstruction workers) will be armed with the Daewoo K11 semi-auto, mag-fed 20mm grenade launcher/select-fire 5.56x45mm NATO (5.56mm NATO) assault rifle a.k.a. airburst assault rifle a.k.a. “dual-caliber airburst weapon”.

[youtube oONRwNurrfM] Developed by South Korea’s Agency for Defense Development (ADD), the K11 is Korea’s version of the the U.S. Army’s failed ATK/HK XM29/OICW (Objective Individual Combat Weapon) airburst grenade launcher/5.56mm NATO assault rifle weapons concept, which was plagued with a myriad of problems, including, but not limited to, excessive size, excessive weight, and unreliable and dangerous (to the shooter) munitions with inadequate down-range lethality. The K11’s 20mm grenade launcher weapon has a capacity of 5+1, utilizing a 5-round magazine. The K-11’s 5.56mm assault rifle/carbine aspect utlizes a standard 30-round mag.

How the Korean soldiers are going to be able to handle the 12+-lb K11 any better than our guys could handle the behemoth ATK/HK XM29/OICW, is anyone’s guess–the K-11 isn’t any lighter, and sure doesn’t look any smaller–but that’s really not our problem. Hopefully, the Koreans can get the K11’s 20mm munitions to work more reliably and safely than we could get ours to work. God only knows how the Koreans are going to solve the 20mm (lack of) lethality problem. The U.S. Army went to a 25mm grenade round, and they were still having lethality issues, since the 25mm didn’t measure up to the 40mm (40x46mm) low-impulse/low-velocity grenade’s lethality. Even so, the ATK XM25 (dedicated) 25mm airburst grenade launcher seemed like a superior solution to a 20mm/5.56mm grenade launcher/assault rifle dual-purpose weapon, although it, too, went nowhere.

Defense Review would rather just have a good 40mm MGL (Multiple Grenade Launcher) at its disposal–or an MPS AA-12 shotgun with FRAG-12 fin-stabilized 12-Gauge grenade rounds, once the ammo/weapons package is perfected/fully-developed–but good luck to the Koreans.

We’ll try to follow the K11’s combat performance in theater, assuming the South Korean’s get the opportunity to live-test it against enemy forces.

The Firearm Blog also has a piece on the Daewoo K11, here, so check it out.

David Crane started publishing online in 2001. Since that time, governments, military organizations, Special Operators (i.e. professional trigger pullers), agencies, and civilian tactical shooters the world over have come to depend on Defense Review as the authoritative source of news and information on "the latest and greatest" in the field of military defense and tactical technology and hardware, including tactical firearms, ammunition, equipment, gear, and training.
Previous U.S. Marine Corps Selects Heckler & Koch Infantry Automatic Rifle (HK IAR) Candidate as Replacement for FN M249 SAW/LMG
Next DefRev Clarification: Our Position on the USMC Infantry Automatic Rifle (IAR) Concept, and Alternative Sustained-Full-Auto AR Carbine/Rifle Options 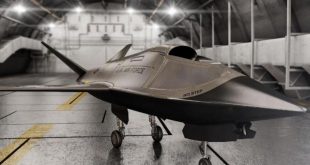