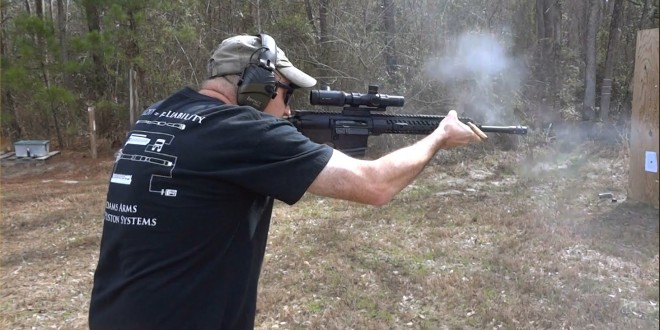 ‘Special Operations Turned Instructors – Not So Special?’: A Rebuttal. This is What’s so Special about Special Ops… 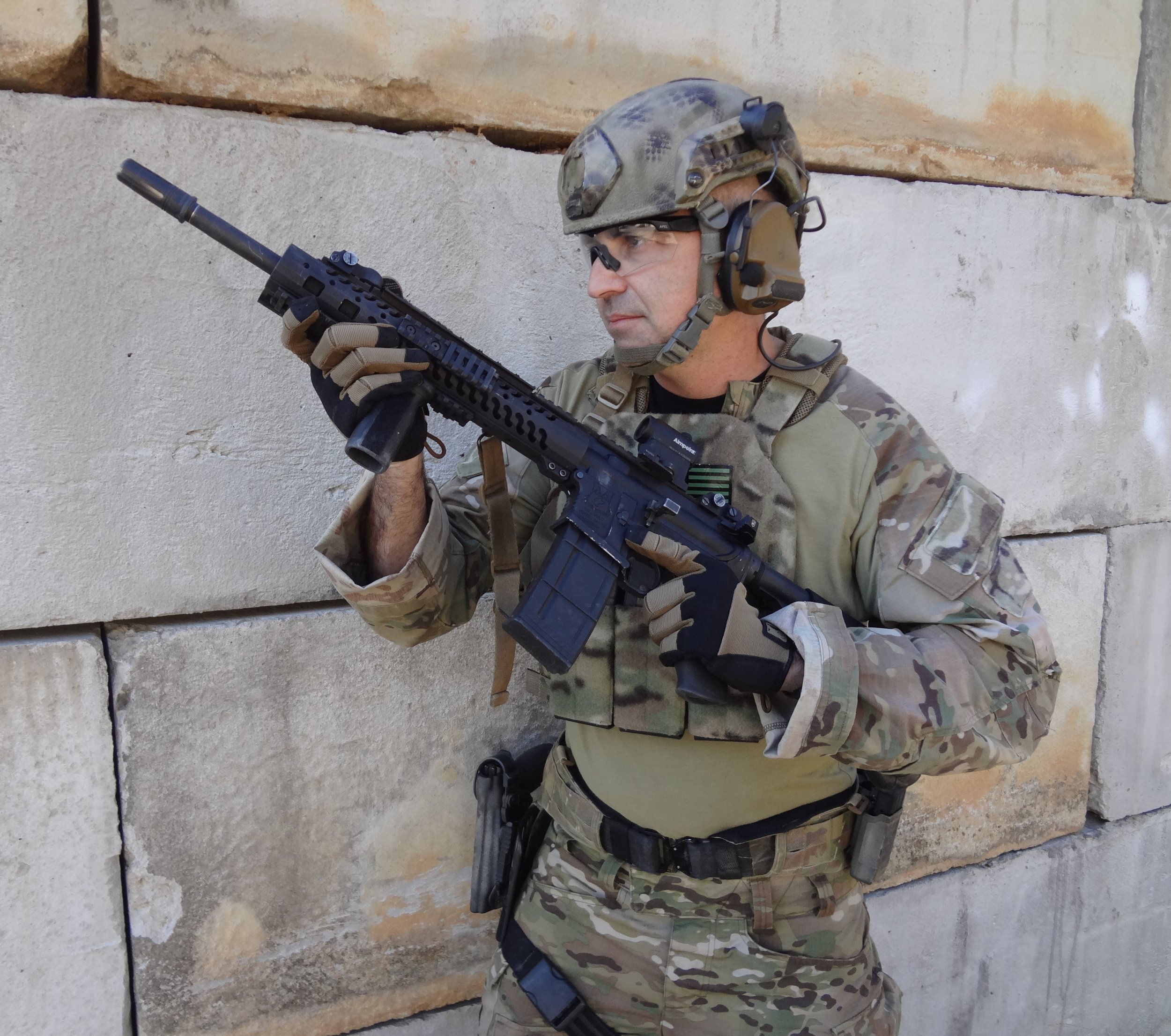 ‘Special Operations Turned Instructors – Not So Special?’; that’s the title of an op-ed recently written by Abner Miranda, and published Breach Bang Clear. While Mr. Abner might have some valid points as to why former Special Operators don’t always make for the best shooting instructors, to be honest, with comments like his opening statement “With the recent ‘Former Special Forces’ clownery going around“, I found it hard to overlook the overall negative tone towards military personnel that seems to permeate throughout his piece. Seeing as how I fall into the targeted category of his article–I am a retired Special Forces Soldier turned instructor (well, part time, once in awhile, weekend only shooting instructor that is)–I feel compelled to offer a counter argument, and list some reasons why you should be going with former military operators when choosing a tactical instructor.

So why choose former SOF (Special Operations Forces) assaulters/operators for tactical training? Let me ask you this: Say you need brain surgery and had a choice between two fully qualified doctors. One has studied surgery and attended very intense training for lets say a period of 10 years, but has yet to operate on a live person. The other only has half the amount of time in study, but has performed 10 successful operations. Which would you choose? I bet you would go with the one with actual real-world experience. 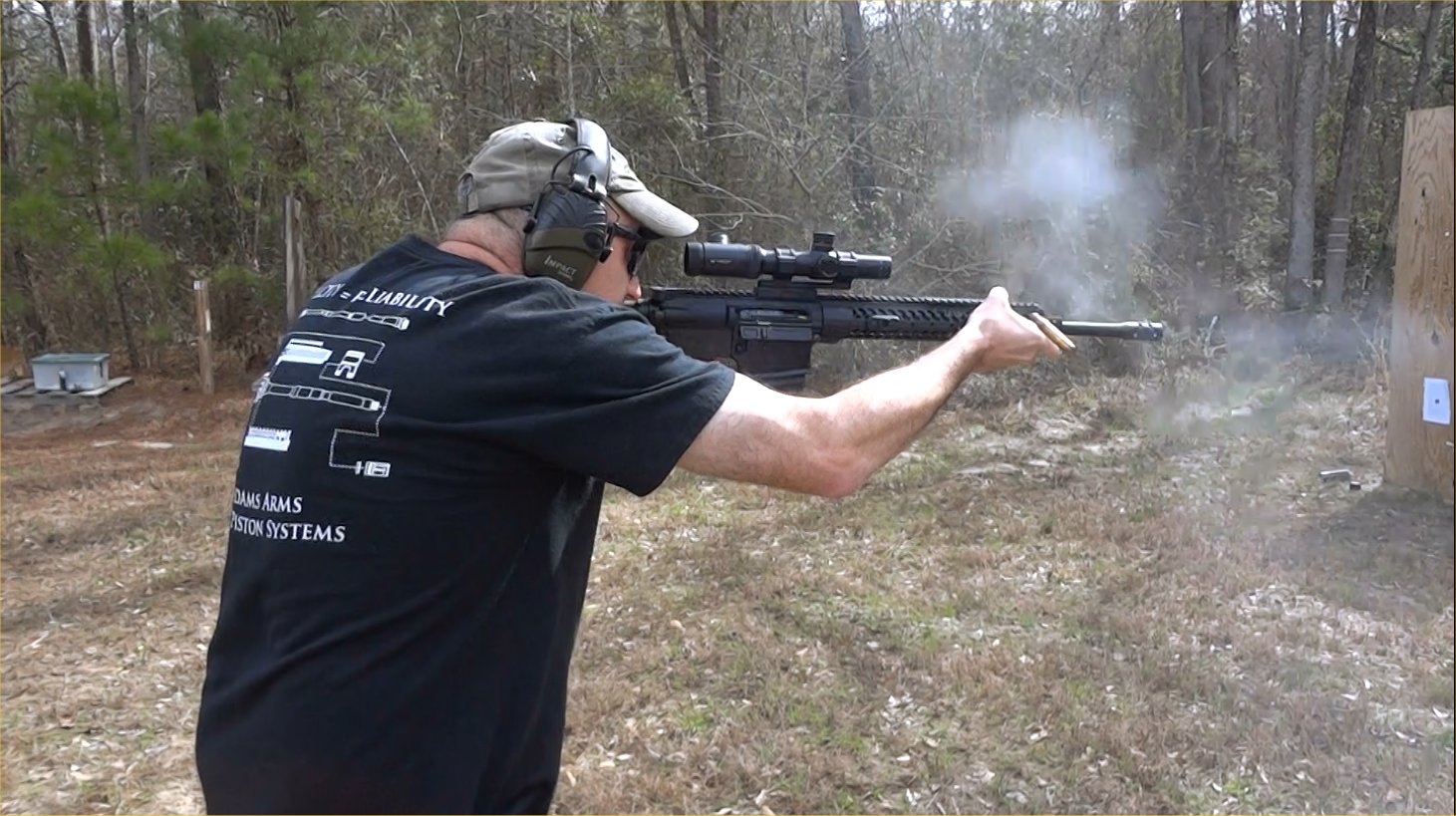 Maybe I’m biased, but if you now apply that to tactical training, would you like to receive training from someone that’s been in combat and exchanged gunfire with another human being? Or, would you prefer instead to take advice from someone who may know how to execute gun fighting tasks to a high degree, and may be a wealth of data, but has never actually employed what he is teaching in real life?

Now, I will admit, just because someone has come from SOF (Special Operations Forces), and has been in the shit, does not automatically mean he will make a great tactical shooting instructor. As much as it pains me to say this, I’ve watched my fare share of not-so-great tactical shooting videos online of courses offered by “tactical shooting experts” (yes, many ex-military), where you can see plenty of examples of poor public speaking skills, lousy blocks of instruction, and kooky shooting demos. Teaching is an art. It requires a lot of study, hard work, research and practice to be able to effectively and clearly pass on information (skills / techniques) to other people…in other words, to be good at it. 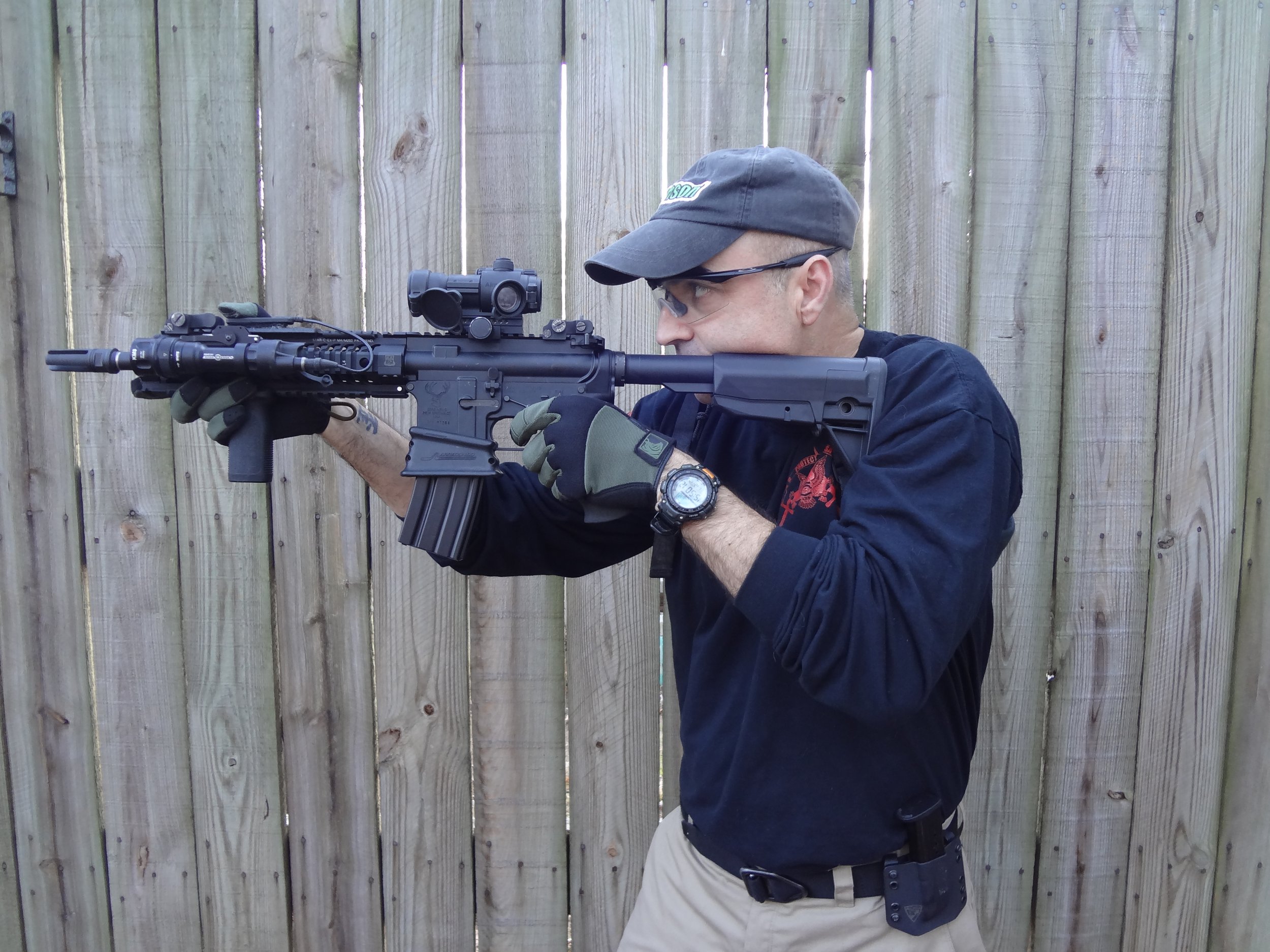 Just for the sake of argument, lets say you’ve found a former SOF guy that’s a good instructor. And, lets say that just like in Mr. Miranda’s piece, he has just two combat tours under his belt. As he implies, two tours in combat, what’s the big deal? Well, to best answer this let me use my last combat tour as a example as to why you should be going with ex-SOF.

Just prior to my last Afghan combat tour in early 2015, to get my SFODA (A-Team.) up to full strength (12 men.) I was given four brand new guys fresh out of the Special Forces qualification course. (Oh by the way, just to become SF, these guys had to go through a year plus of specialized training to begin with). So, with a full team, off to Afghanistan we went for a six month rotation. Well, just in that one tour alone, these four brand new guys were involved in seven engagements with the enemy (firefights).

Now, when I say firefights, I don’t mean a few pop shots here and there. They consisted of fire and maneuver; sometimes us maneuvering on them (the Taliban), sometimes them trying to maneuver on us. And, on a few occasions we were maneuvering on each other. The distances guys were taking shots on threats ranged from 500 meters to as little as 10 meters! The duration of these fights were as little as 20-30 minutes to as long as a 6 hour slug fest.

Over the course of these 7 firefights, we also sustained some wounded, specifically half a dozen friendly Afghan forces and two teammates, one of them being one of the new guys. So, I am confident in saying that just in one combat tour alone, a SOF guy can see more action and be in more firefights than a 30-year SWAT team veteran.

So why is this important? I think that if you want to learn tactical training and what works in a firefight, experience matters. Until you experience it and apply it in real life, it’s all just theory. How do you know that what’s being taught is a good technique if the guy teaching it has never used it for real? Like it or not, SOF operators’ 17 years of fighting all around the world has resulted in them having the most experience in actual gunfighting.

Matching Instructors’ Backgrounds to What You’re Looking to Learn 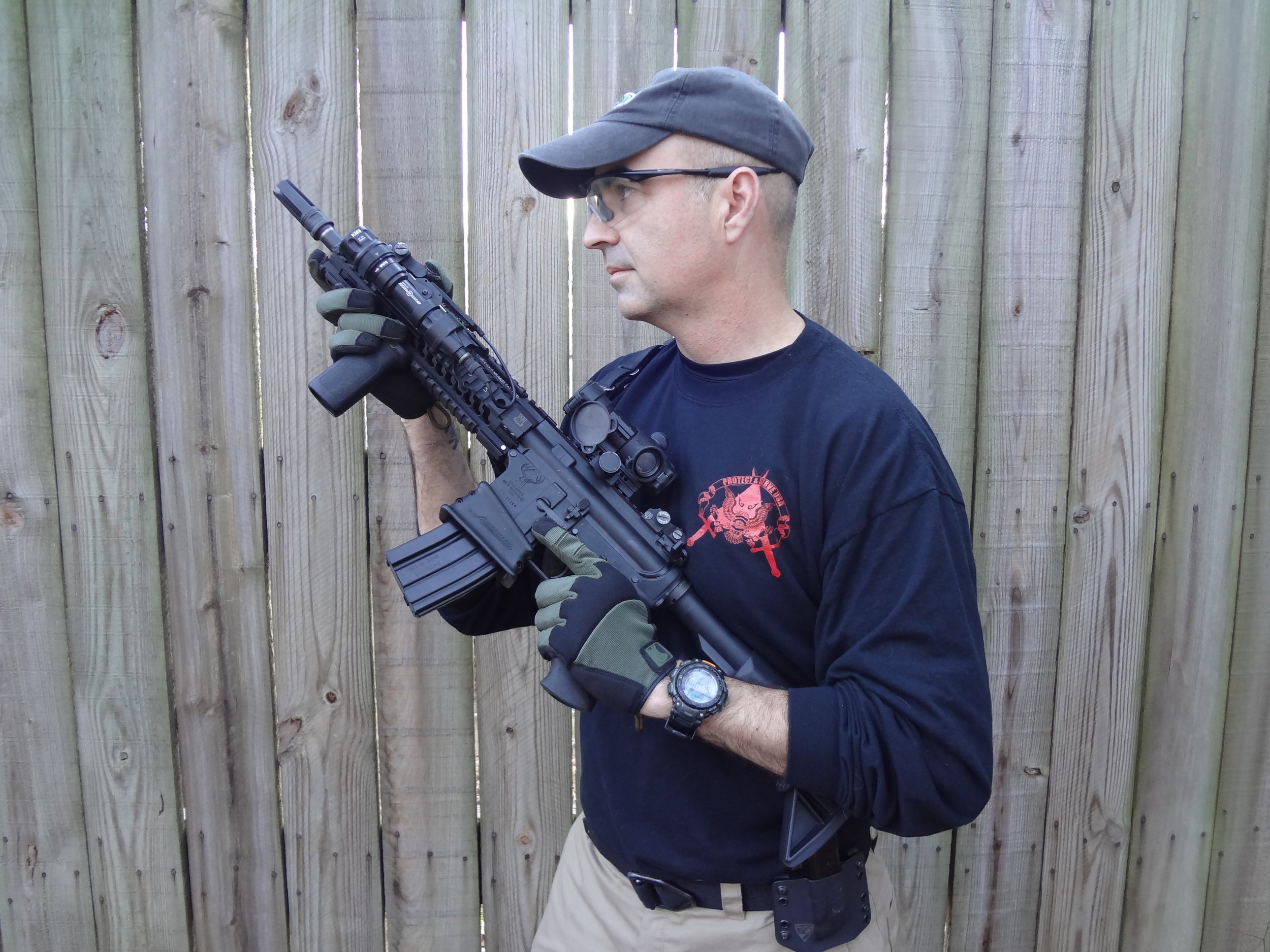 Now, one thing may you have noticed is that I’ve been using the term tactical instructor, and not shooting instructor. That’s because I do recognize a difference. Tactical instruction means learning how to run and gun in a firefight. Shooting Instruction means learning how to shoot a firearm. There is a difference. For tactical training, hell yeah I would want someone who’s used the weapon system for real. But, when I want to learn how to shoot better, I want a subject matter expert (SME) in that specific skill. And the best SME’s for learning to shoot–and I think many of you will agree–are competitive shooters.

I mean, who better than a world champ such as Todd Jarret or Rob Leatham, to teach you how to shoot and hit as fast as possible with a firearm? Are these guys tactical shooters? No not at all. But based on their years of competitive shooting, there’s no one better to teach you how to bring it on the flat range than someone who’s employed techniques that win against other shooters.

The following is another example of the right SME for the task (and keep in mind this is coming from a SF guy): Back in the late 1990’s, my unit wanted some shotgun training. Well, guess who were the SMEs at the time for running a pump gun the best? Law enforcement. Who better to teach Special Forces guys how to run a pump shotgun than a cop who’s carried one for the last 20 years of his career? At that time, for that skill set, based on who used it the most, law enforcement officers (LEO’s) were the best and most experienced source for that skill.

And that’s it. It’s really that simple. Why are SOF all over all things tactical right now? Because we have the best basis of real experience, nothing more. Are we the end all be all of shooting? No, certainly not. But I think it would be foolhardy not to try and capitalize on the skills and experience learned by men who have fought, bled and come back to talk about it.

‘Special Operations Turned Instructors – Not So Special?’: A Rebuttal. This is What’s so Special about Special Ops… by David Crane

David Crane started publishing online in 2001. Since that time, governments, military organizations, Special Operators (i.e. professional trigger pullers), agencies, and civilian tactical shooters the world over have come to depend on Defense Review as the authoritative source of news and information on "the latest and greatest" in the field of military defense and tactical technology and hardware, including tactical firearms, ammunition, equipment, gear, and training.
Previous Happy Memorial Day 2017 from DR
Next Velocity Systems SCARAB DLX Lightweight, Minimalist (Lo-Pro/Lo-Vis) Tactical Armor Plate Carrier Tactical Vest! (Video!)