Fourteen months ago, DefenseReview broke the story on the SRSS BullDog762 bullpup M14/M1A battle rifle (7.62x51mm NATO/.308 Win.). Well, the BullDog 762 just went operational, and Defense Review is going to keep an eye on it to see how it performs in the U.S. military Special Operations (SpecOps) arena against hostile enemy personnel. Hopefully, it will assist its operator in his dynamic, creative ballistic problem solving processes. 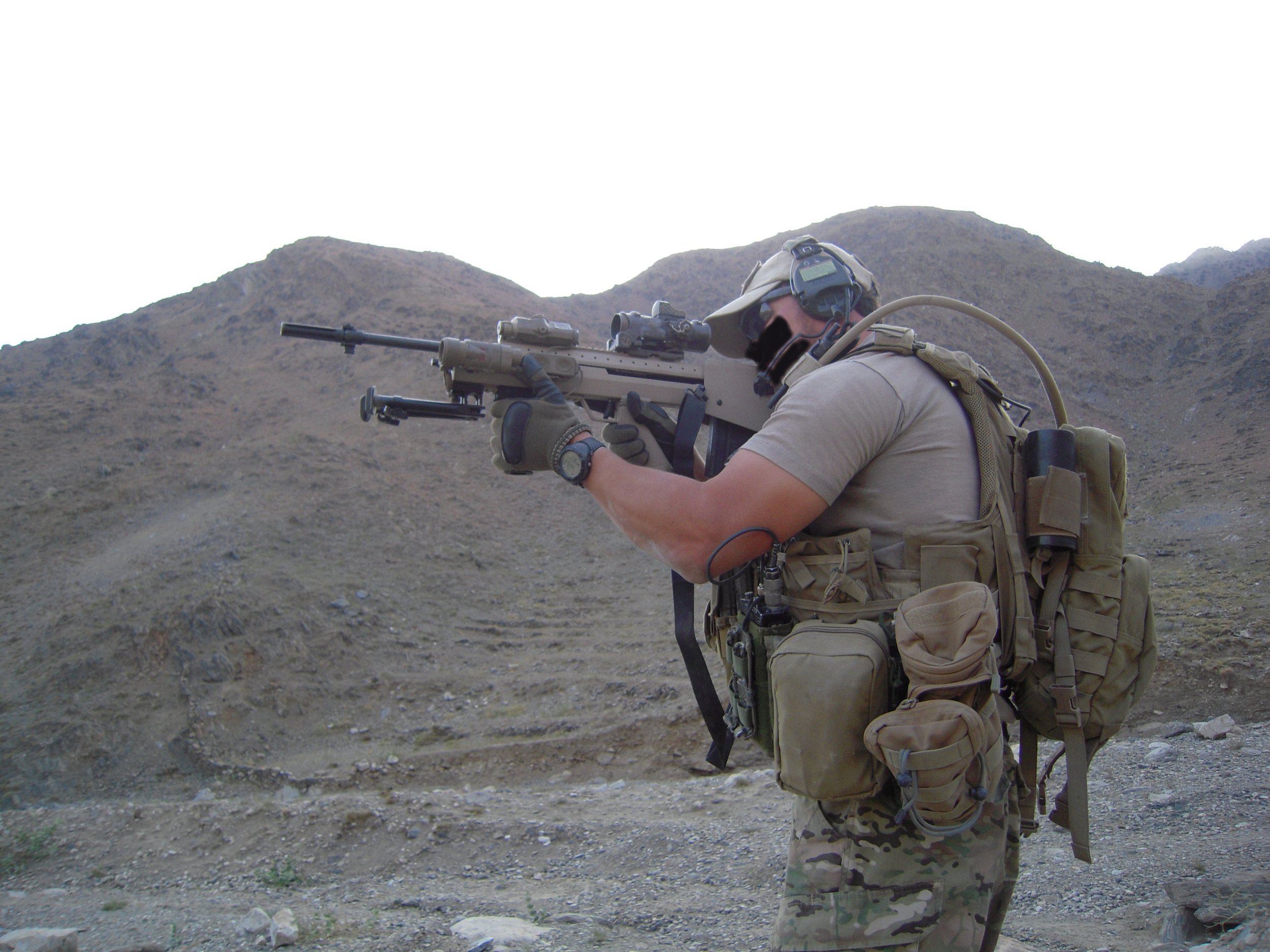 The weapon pictured in this article is the GEN II BullDog762 7.62mm NATO battle rifle, but Short Rifle Stock Systems, Inc. (SRSS) is going to start producing the GEN III model as soon as the new top rail (Mil-Std-1913 “Picatinny” rail system) “checks out”, which should be any day now. SRSS will manufacture 25-35 GEN III BulDog762s a month, according to the message DefenseReview received, below. It’s also our understanding that the GEN II BullDog 762 will feature ambidextrous controls and a case deflector with appropriately-lengthened stock (buttstock).

DefenseReview would also prefer to see a Grip Pod System vertical foregrip/fast-deploy bipod/weapon stabilization system on the BullDog762, instead of the folding bipod and separate vertical foregrip pictured. In our opinion, the Grip Pod would be a significantly superior (and significantly ligher-weight) solution for mobile infantry combat. 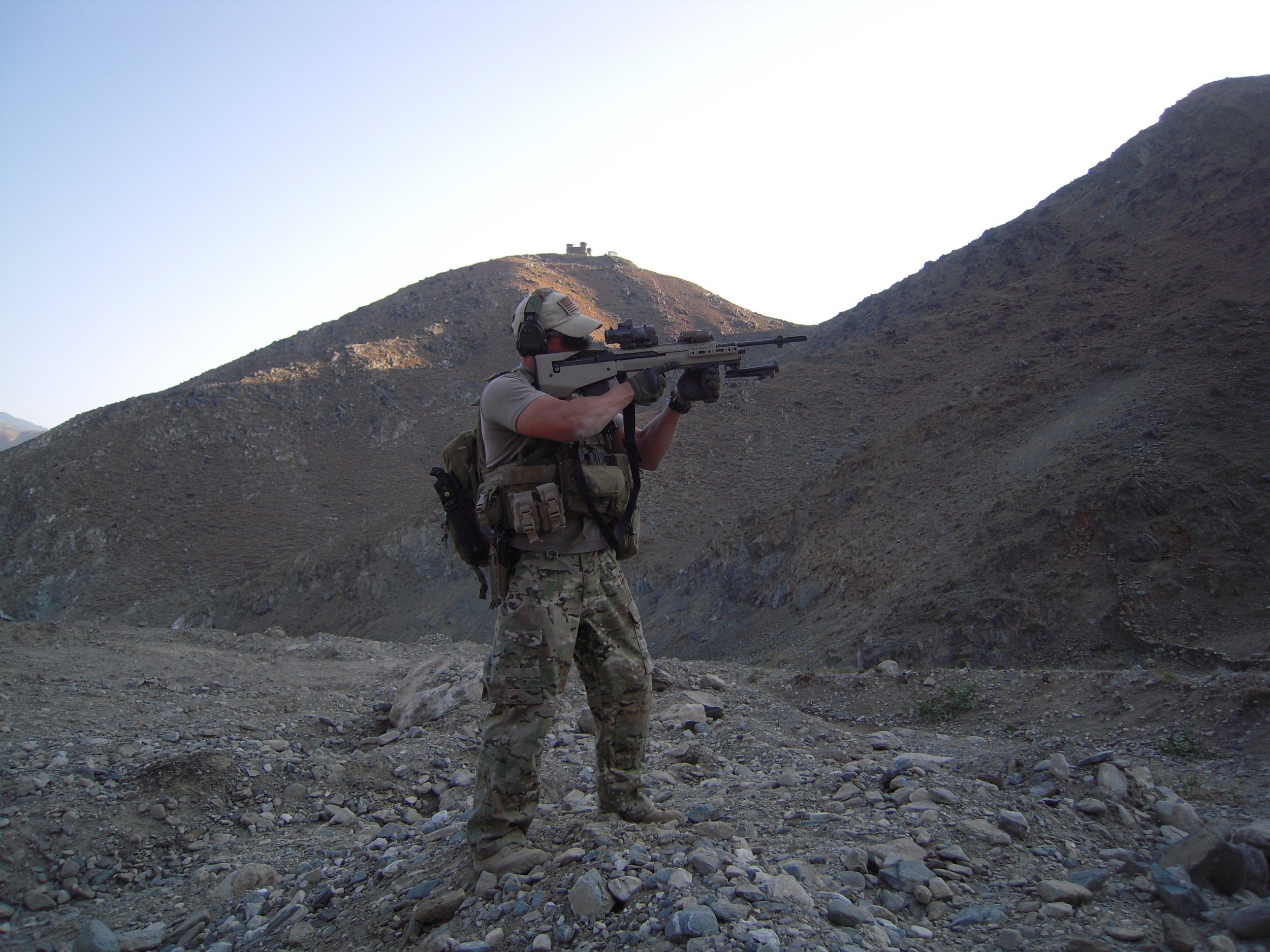 SRSS has also been developing a navalized, amphibious version of the BullDog762 called the BullFrog762, which will utilize all the GEN III features, along with a few additional features designed and developed to optimize the weapons platform for amphibious operations.

But back to the freshly-operational GEN II BullDog762 battle rifle. The operator battle-testing it (we’ll call him John, even though that’s not his real name) was kind enough to to send Richard Cabral, the BullDog 762’s developer, some initial feedback on it. Mr. Cabral forwarded it to us, along with some commentary.

The following email communications have been sanitized for OPSEC: 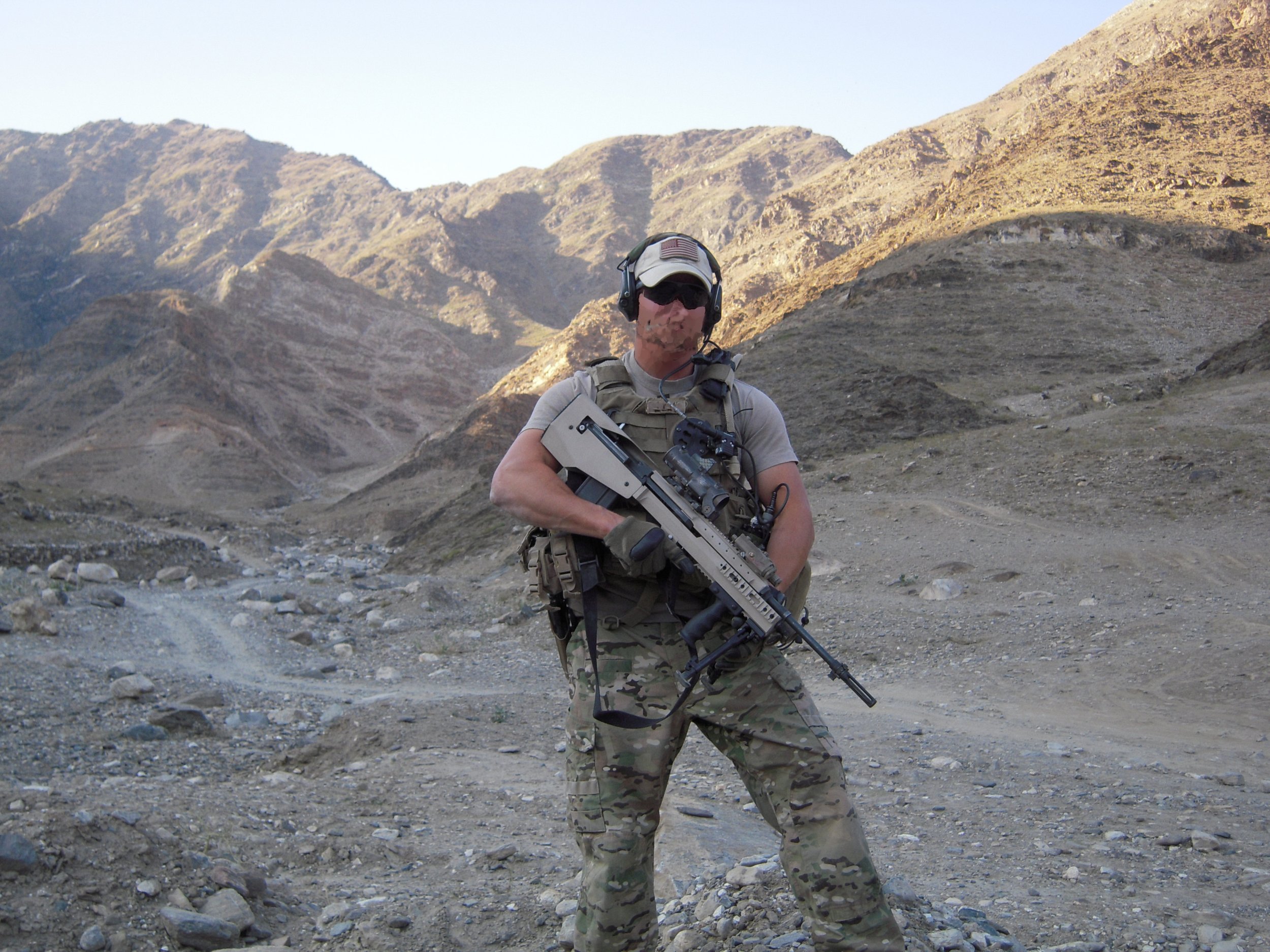 I did not block out the faces, so you must block them out should you show them. I also removed John’s (again, not his real name) contact info. John has had the BullDog762 for about two weeks and I need to get more feed back from him before I hook you up with him, he also suggested the same. He is in Afghanistan, I do not know what area, classified. I hope this works for you. In John’s email, he mentions returning the BullDog. I worked it out so they will be keeping it with them for the rest of their tour. What is pictured is our Generation II BullDog as you see it. We will be shipping several once our testing is done.

We will be testing our New Top Rail after Thanksgiving making sure it does all it suppose to do. Once it checks out ok, we will start shipping GEN III BullDog and manufacturing 25-35 units a month. We will be implementing the modular system for both models, but for now we need to get these in to the hands of clients and operators. We will only have the GEN III BullDog till March next year. When the GEN III BullFrog is ready, you will debut it. Have a Great Thanksgiving. 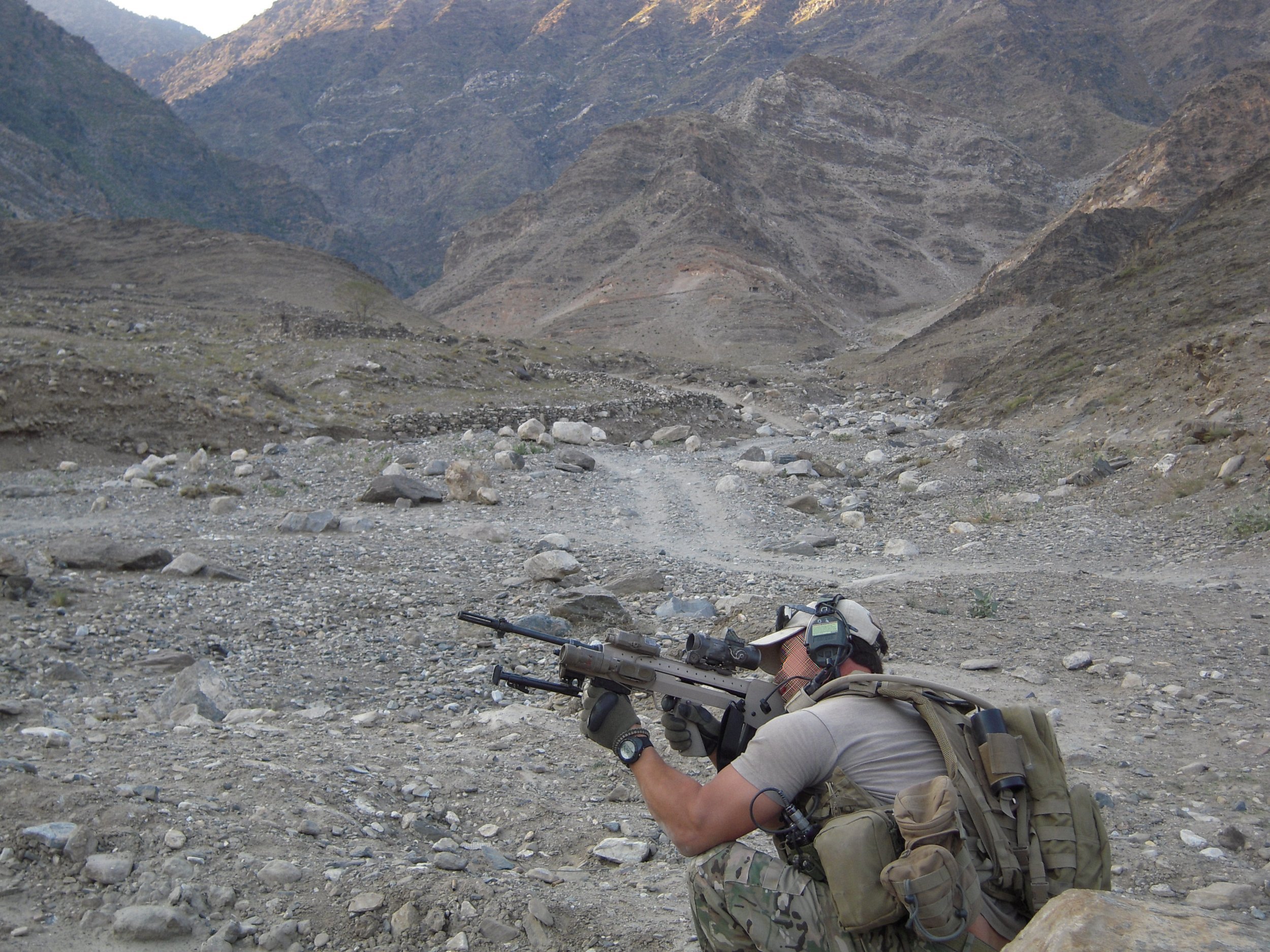 Just shot the 14 [M14] with Bulldog [bullpup stock system]. Very nice. I mounted the SOPMOD components on it. I have the Elcan SU-230 [SU-230/PVS a.k.a. SpecterDR 1-4x combat optic] on top. I did a quick switch, so it doesn’t have the riser on it. It probably needs it. Great optic for the gun though. I did like the way it shot so far. Recoil is fine, sound is not too bad and cheek weld is comfortable. Had limited time with it. I would like to work some CQB and also for hunting two legged animals here in country. It would make a great spotter weapon! Attached are a few pics. Below is Joe XXXX’s email address. Let me know if you need anything else on your end. I will be returning this to Joe in a couple of days since we are moving to a hotter area. I look forward to using these more. 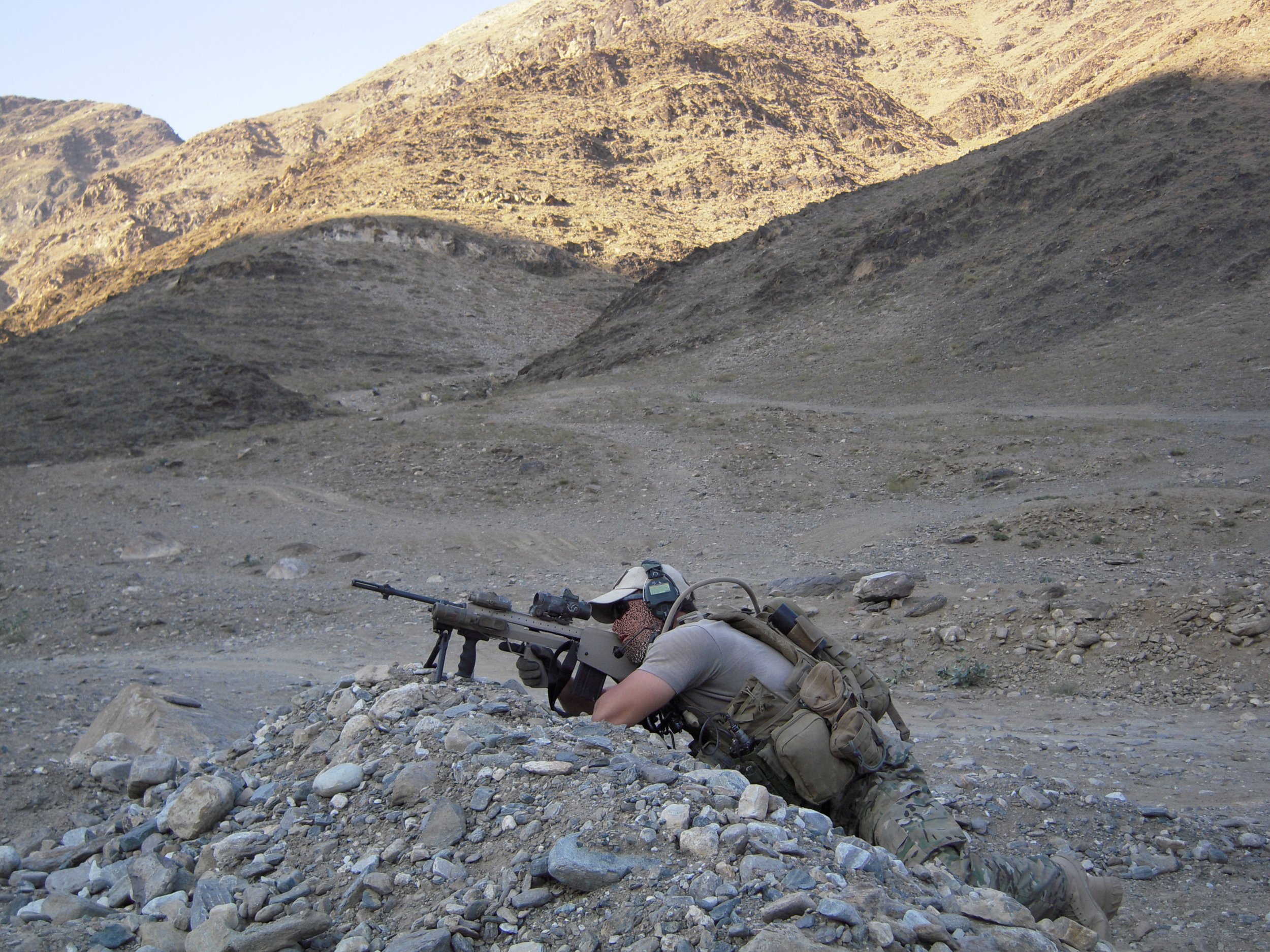 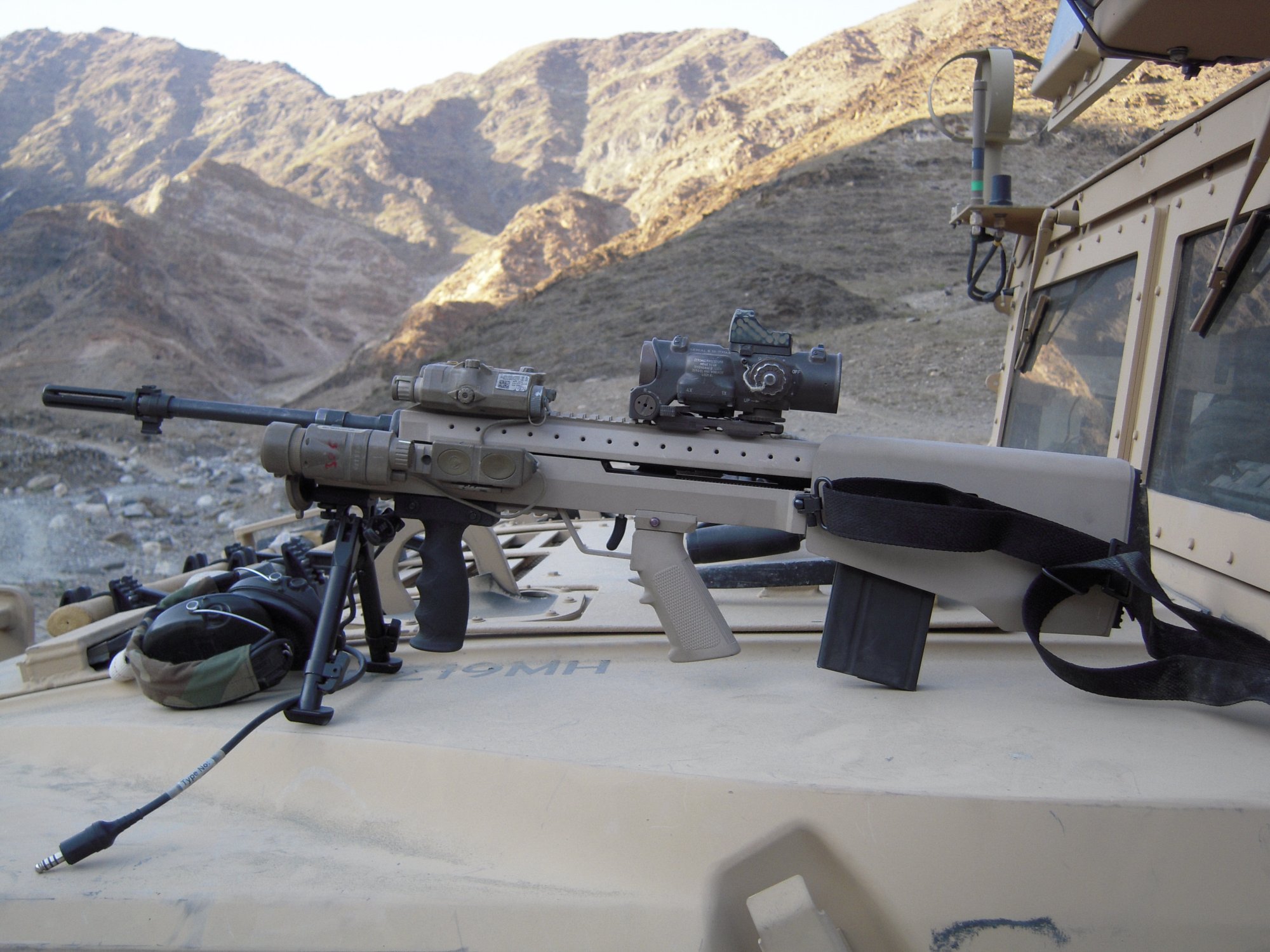 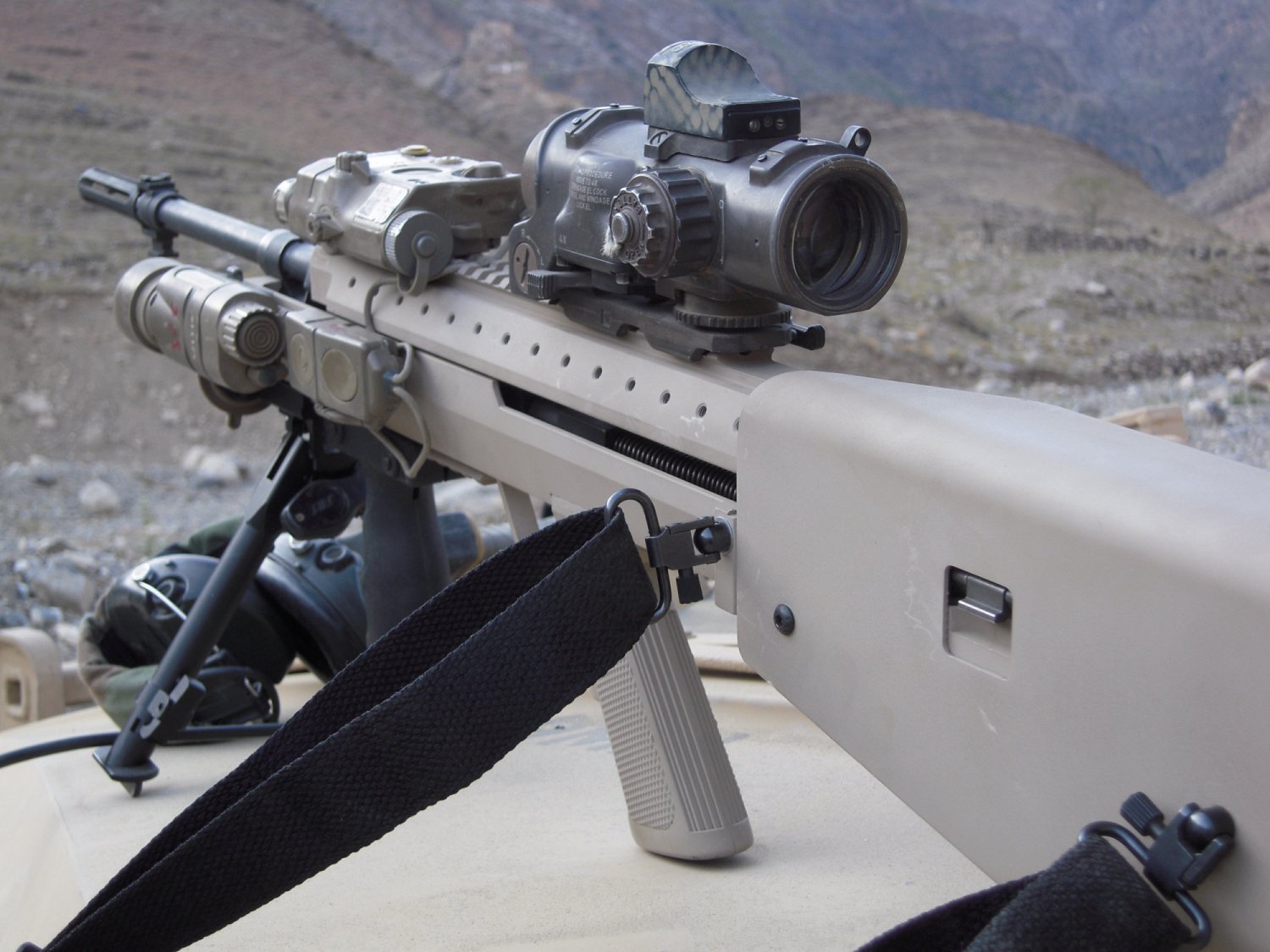