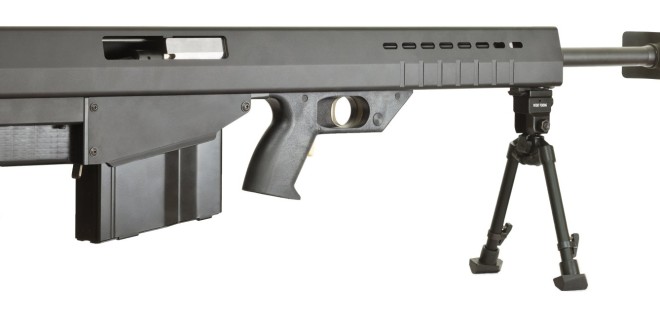 According to St. George, the new Leader 50 A1 bullpup semi-auto .50 BMG/multi-caliber rifle sports a number of signficant internal changes, including a new telescoping bolt carrier assembly and new (and very different) trigger mechanism.

DR received the following press release from St. George Arms via email, which provides some details:

“Legendary Gun Designer Charles St George launches his all-new Leader 50 A1. His involvement with the original Leader 50 BMG was terminated 12 months ago and sources confirm that as yet, no prototypes of the previous design (re named Gatekeeper 50) have been built and that all the orders were cancelled and deposits returned.

The all new Leader 50 A1 is an entirely different highly advanced weapon, hosting numerous improvements such as:

The sales and marketing is being organized by StGeorgeArms.com and the manufacturing and shipping is being done by K&M Arms in Arizona.” 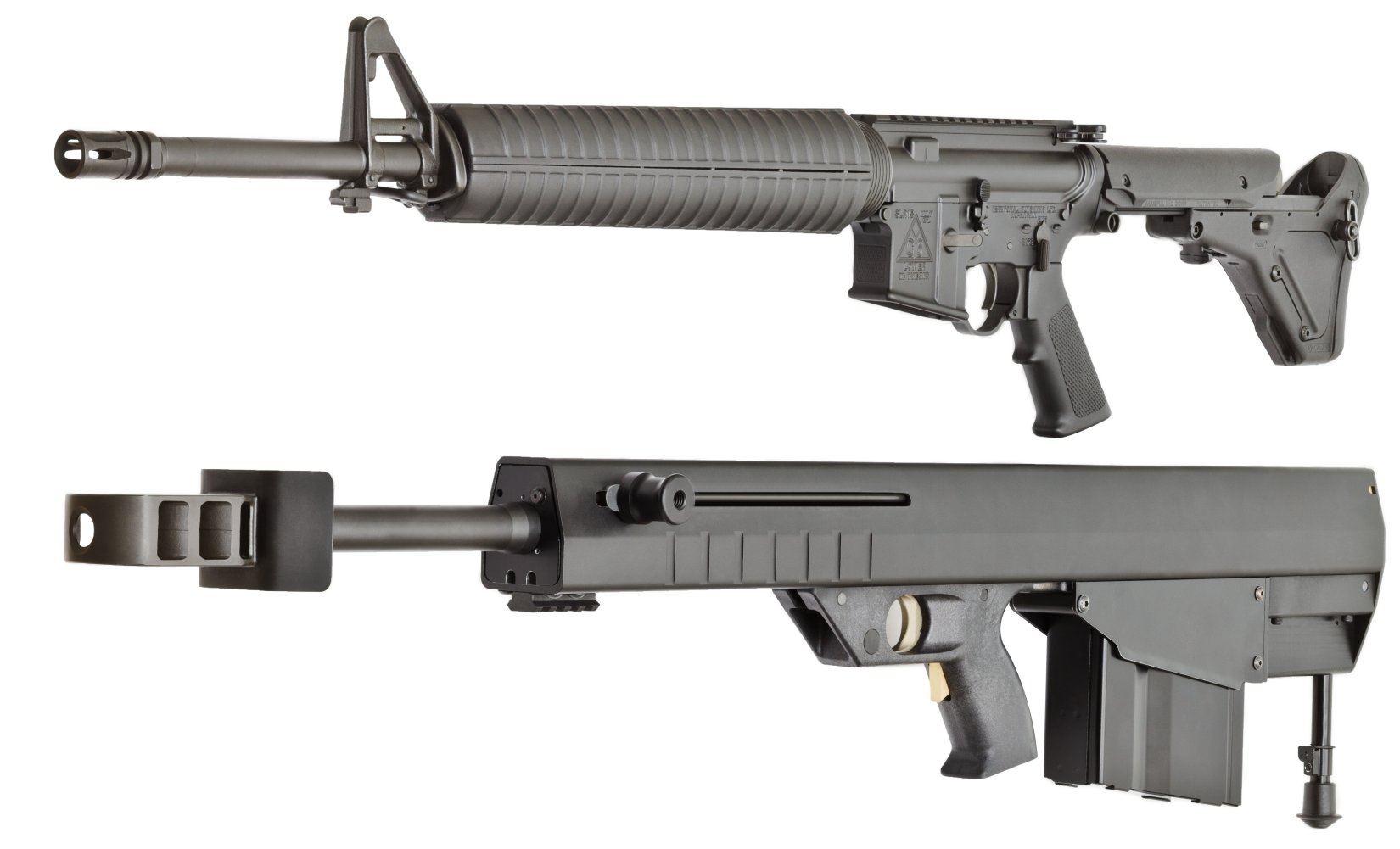 Being a bullpup, the Leader 50A1’s 24″ barrel constitutes almost 61% of the overall weapon length, which, again, is only a clamed 39.5″. THAT’s the advantage of a bullpup. Notice how in the photo at right, the Leader .50 A1 appears to be roughly the same length as a 20″-barreled AR-15/M16A2/A4 rifle. Apparently, St. George also performed some magic on the Leader 50 A1’s receiver design to lighten it up a bit. A sub-18-pound .50 BMG rifle/carbine is quite the accomplishment. Looking at the rifle, it would seem that 24″ is about as short as you want to go in a bullpup .50 BMG, and we’d ideally want to run the gun suppressed.

DR particularly likes the Leader 50 A1’s front-situated grip safety (a la Beretta M12S SMG fame) and large left-side-mounted charging handle. We also dig the fact that the Leader 50 A1 utilizes the very-plentiful and battle-proven 10-round detachable M82A1 box mags (magazines), and is also a multi-caliber platform, and will utilize a common receiver for the following calibers: 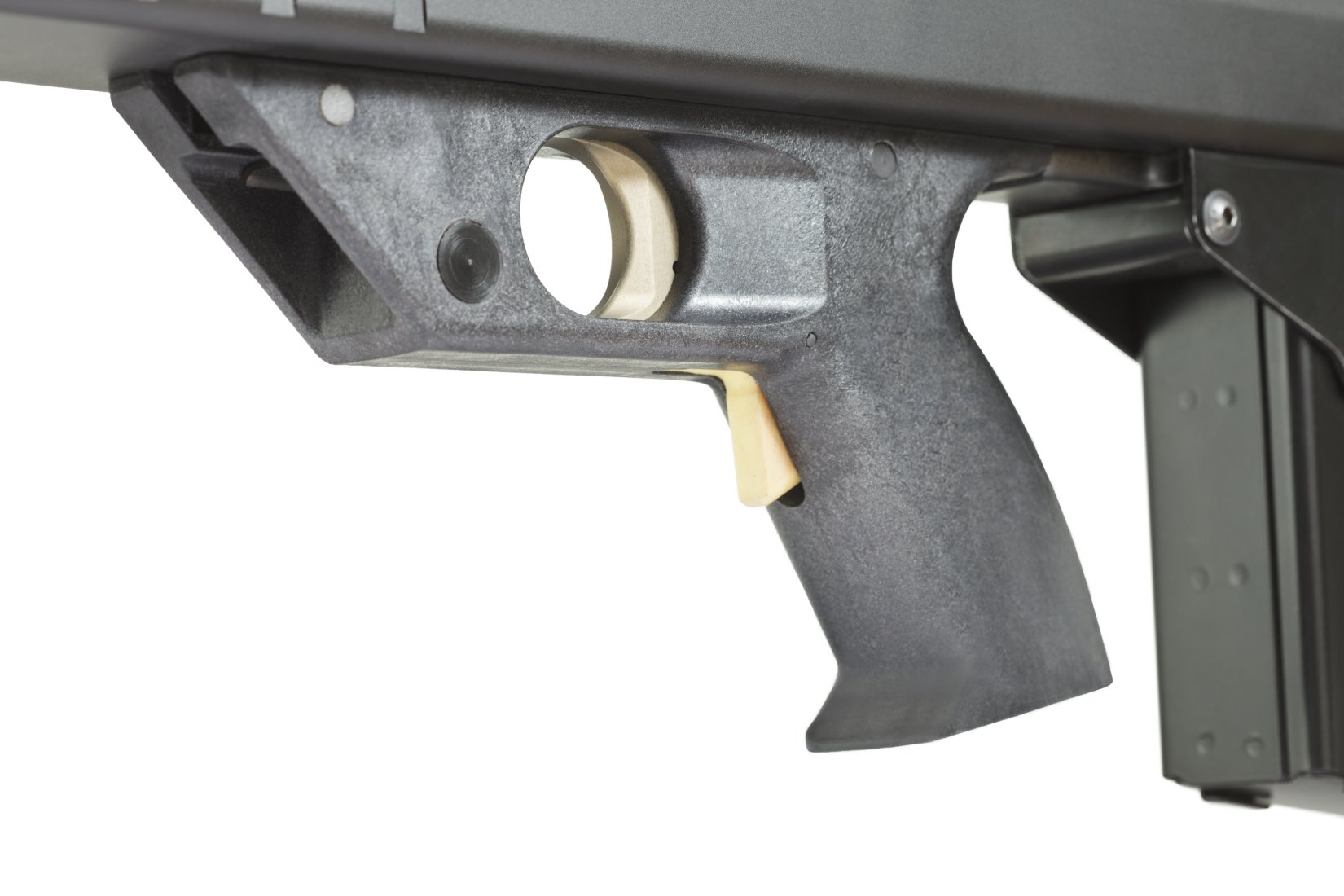 Anyway, Defense Review is SERIOUSLY looking forward to getting our hands on some range video of the Leader 50 A1 being run in .50 BMG caliber. Hopefully, we won’t have to wait long.

If the Leader 50 A1 works as advertised, it could end up being the ultimate shoot-‘n-scoot semi-auto .50 BMG anti-materiel/sniper rifle for military SOF (Special Operations Forces). Time and testing will tell.

On a side note, the St. George Arms Leader 50 A1’s manufacturer, K&M Arms, also manufactures the M17S556 semi-auto-only bullpup 5.56mm NATO (5.56x45mm NATO)/.223 Rem. tactical rifle/carbine. While the M17S556 may look very similar to the Bushmaster M17S tactical rifle/carbine, the M17S556 features internal and external modifications and improvements over the original  M17S design (which ultimately dates back to 1986), some of which you can see by just looking at the two guns side-by-side. The K&M Arms M17S556 looks more modern and visually appealing. 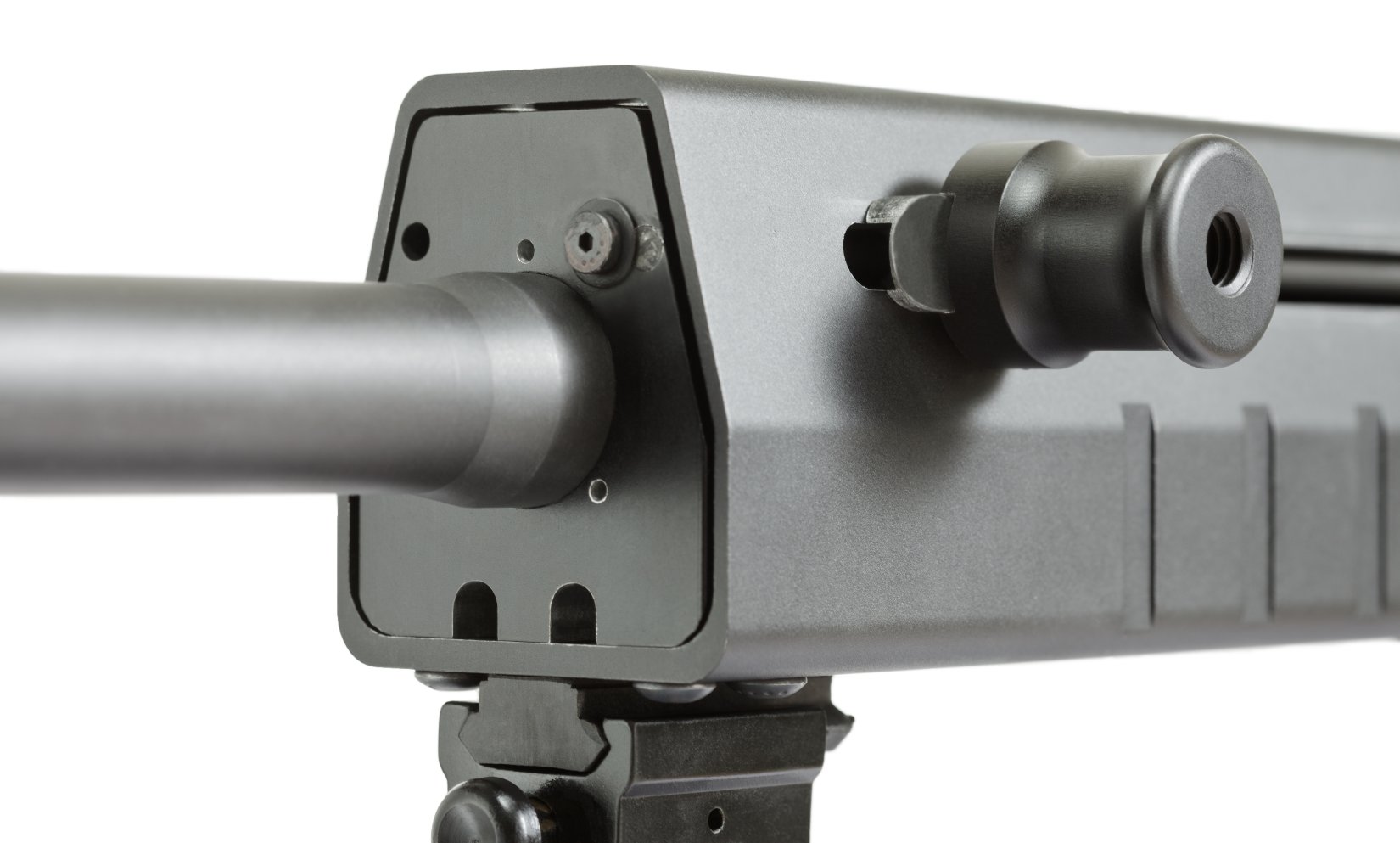